We haven't seen anything like this since Tropical Storm Irene. Thanks to all the first responders and road and power crews for their heroic efforts in the aftermath of the storm.


For a short time this ephemeral cascade on a slide on the flank of Mt. Lafayette was one of the loftiest waterfalls in the Whites. 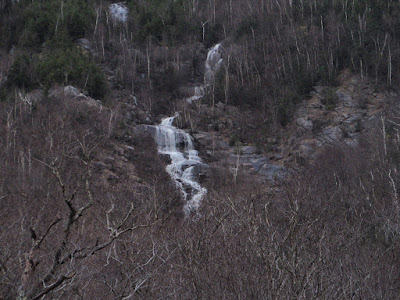 A view down that part of the slide on a dry day. 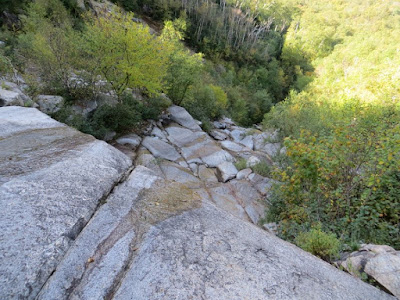 The Pemigewasset River raging above The Basin. 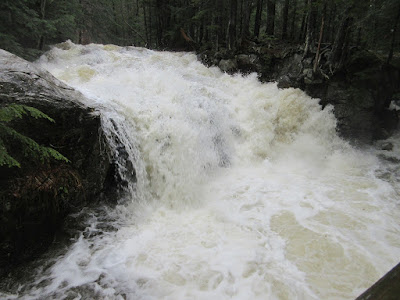 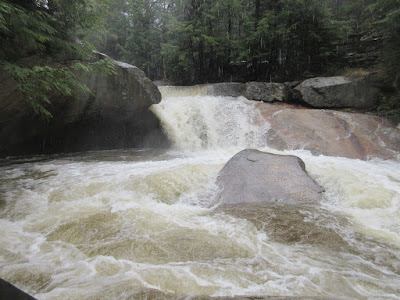 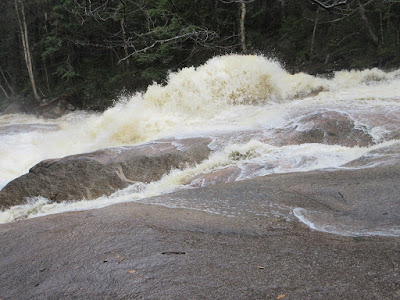 A wild time along the Basin-Cascades Trail. 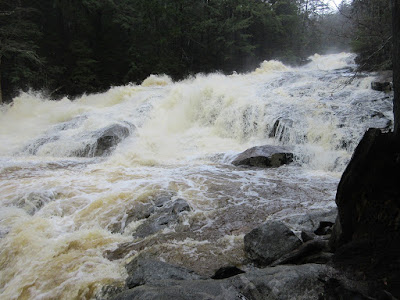 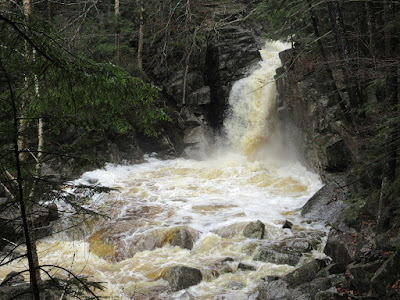 At the brink of Kinsman Falls. 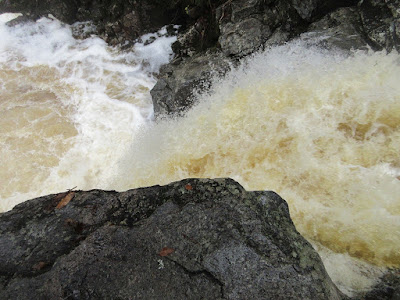 No one would be making the crossing this day. 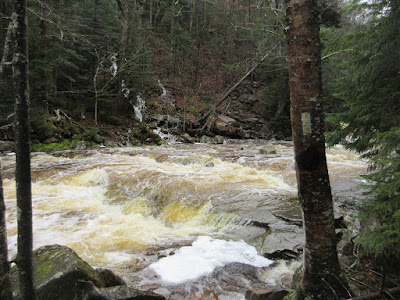 Eastman Brook near Rt. 175 in Woodstock. 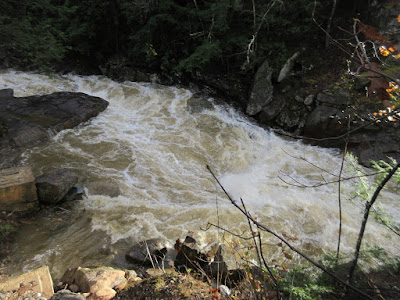 Smarts Brook along the Pine Flats Trail. The water level had subsided somewhat by late afternoon. 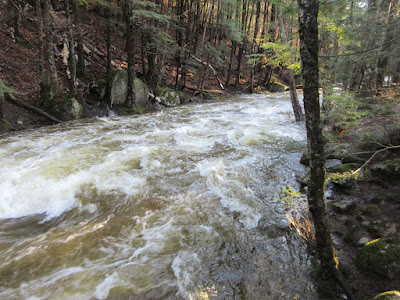 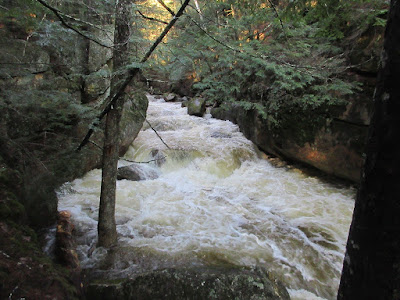 One of several rock walls along the Smarts Brook Gorge. 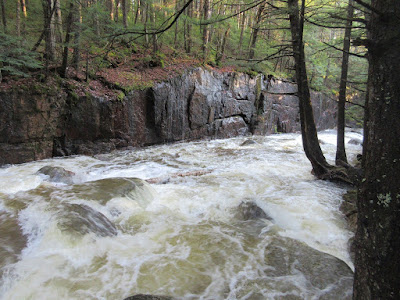