I took the afternoon off for a blowdown-check hike up the Kettles Path to The Scaur, a favorite spot in Waterville Valley. After a dismal morning with lousy driving conditions it turned into a spectacular sunny, windy, wintry afternoon.

Just one fat bike track and one set of boot prints on the Livermore Trail when I started out at 1:00 pm. 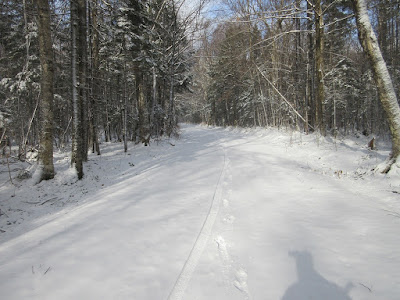 One of our favorite trails, originally laid out in the 1890s by Arthur L. Goodrich. 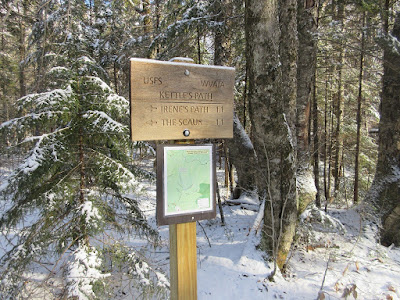 This sidecut relocation was fashioned a couple of years ago by volunteers from the Waterville Valley Athletic & Improvement Association. 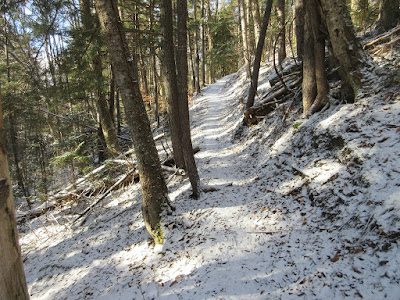 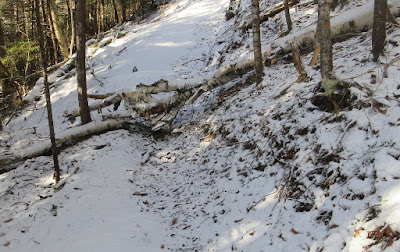 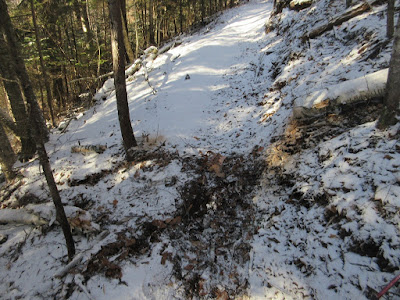 The deep depressions in the forest known as The Kettles are easier to see with the leaves down. This type of feature was formed when a stranded chunk of glacial ice melted, leaving a bowl-shaped hole in the earth. There are three of these alongside the Kettles Path. 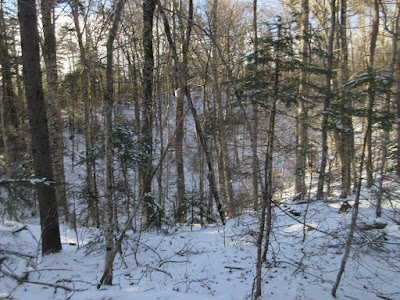 One of about 10 blowdowns along the 0.9 mile trail. Not bad compared to many trails after the Halloween storm. I was able to remove all but one stepover by sawing or dragging. 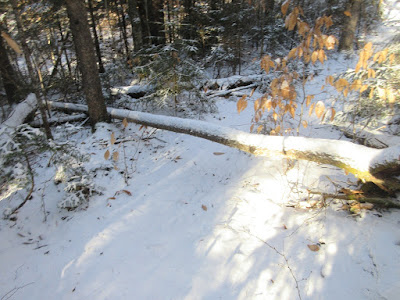 Squirrels had used this one as an elevated highway. 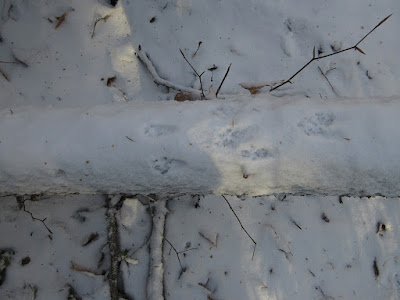 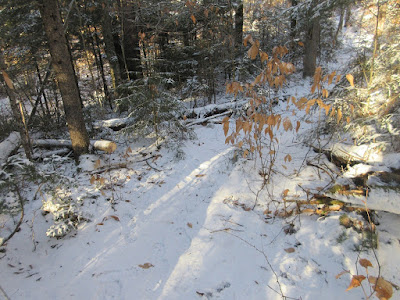 This giant white ash is battered, but a survivor. 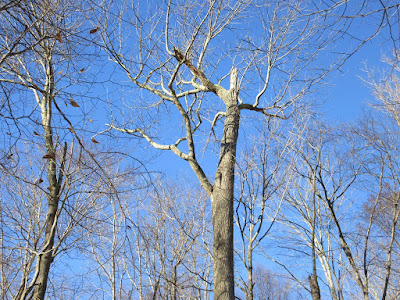 It was cold and very windy on the dark, steep climb up the north side of The Scaur. 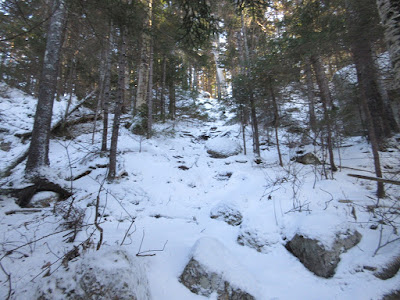 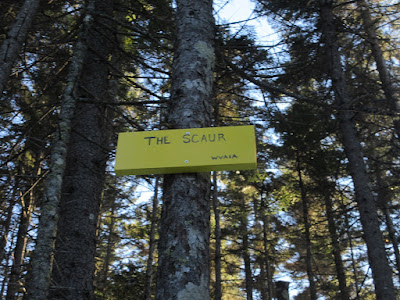 A beautiful wintry scene presented itself at the ledgy outlook. 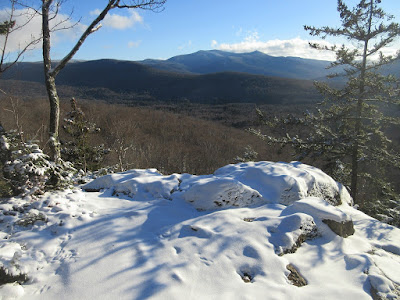 It was downright balmy in the sun here, compared to the bitter cold just a few yards to the north. 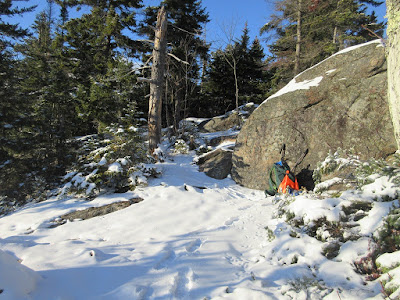 Some turkeys had apparently come up to check out the view. 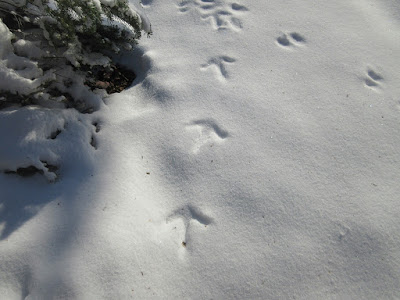 Around the corner it looked like a turkey convention. 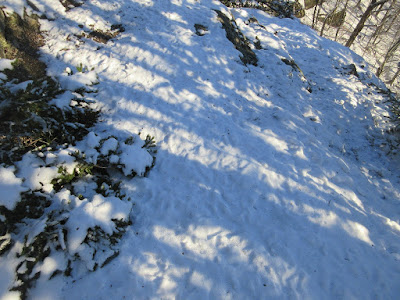 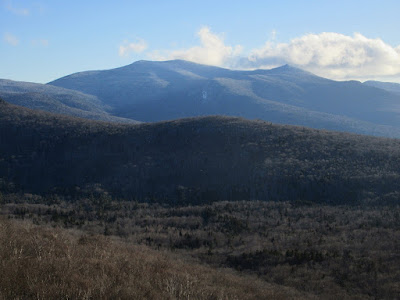 Winter had come early to Middle and South Tripyramid. 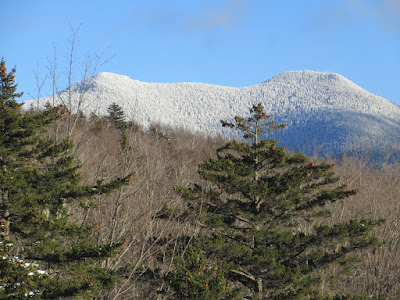 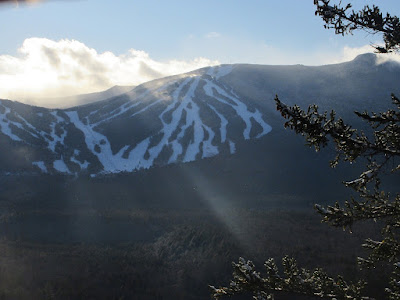 A peek at East Osceola and the Painted Cliff. 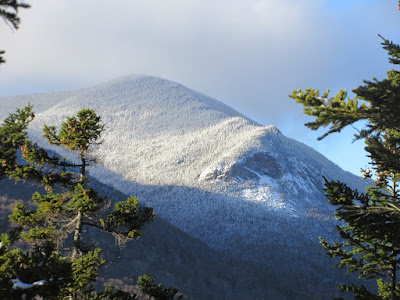 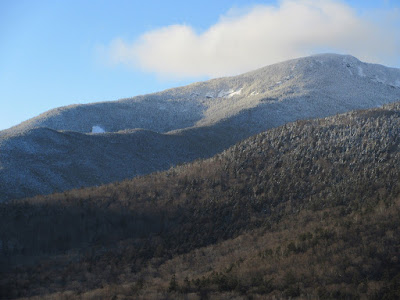 The mysterious Lost Pass is tucked in amidst these trailless ridges. 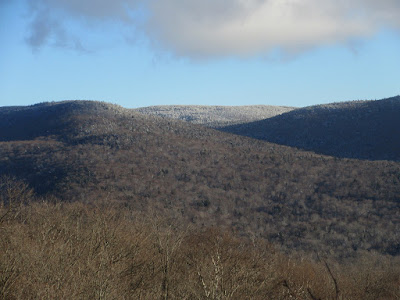 The open hardwoods under the cliffs beckoned for a bushwhack descent back to the trail below The Scaur. 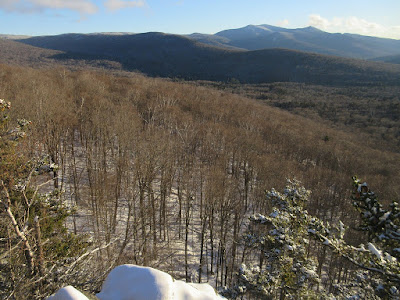 The "Rock of Gibraltar" a short distance along Irene's Path. 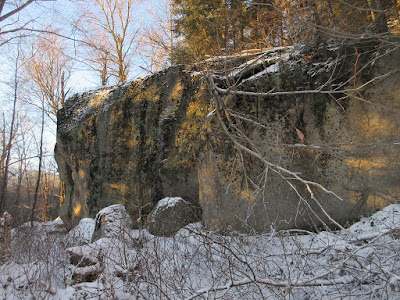 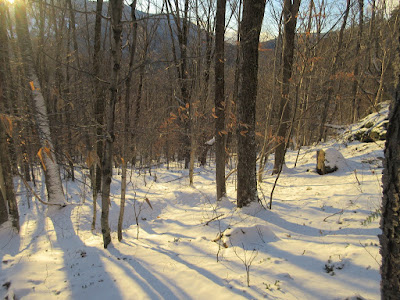 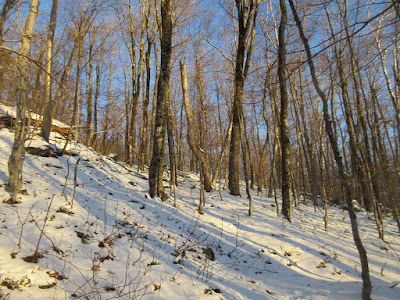 The base of this fallen giant was peppered with squirrel tracks. 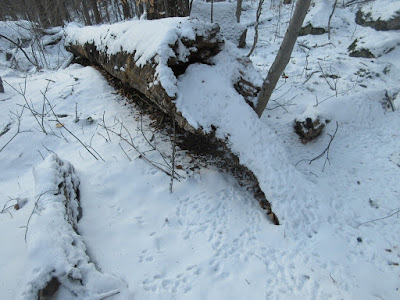 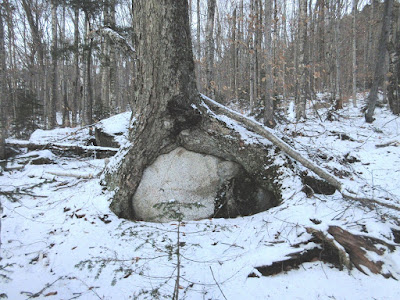