Mark Klim and I headed out for Passaconaway Cutoff, the adopted trail of the AMC 4000-Footer Committee, to check for storm damage. A report had been posted on Facebook the previous evening noting that the Cutoff was clear but that there were many blowdowns on the Oliverian Brook Trail. That proved to be the case, so we removed a bunch of blowdowns from Oliverian and only a few minor ones on the Cutoff. (There are still some big ones left on Oliverian, but they are easy enough to get through.) Mark also raked out some of the drainages that had filled in from the storm, and I got some bonus brushing done.

This mess fell by a bridge next to a beaver pond 0.7 mile in on Oliverian Brook Trail. 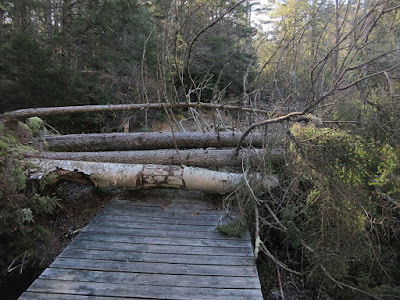 Mark gets to work on it. 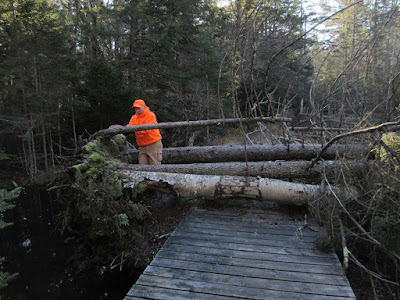 We cleared it enough to make for easier passage, and left the big trunks for the pro crew. 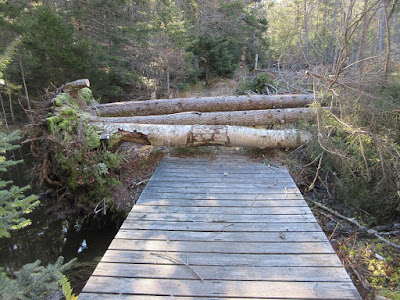 Runoff from the storm stripped the leaf cover off the section of trail that follows the bed of the Oliverian Brook spur of the Swift River Railroad (a logging line that operated from 1906-1916). 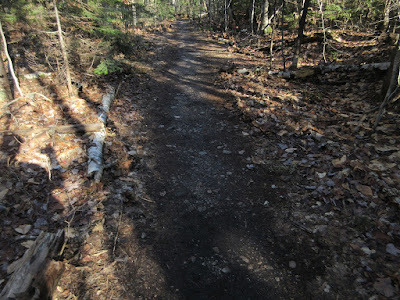 This was a messy one. 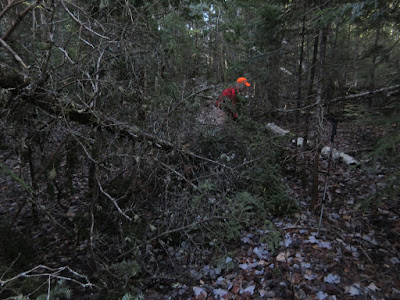 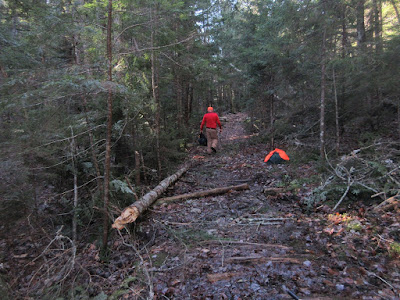 This was the nastiest blowdown, blocking a narrow sidehill section of trail on the approach to a small brook crossing. 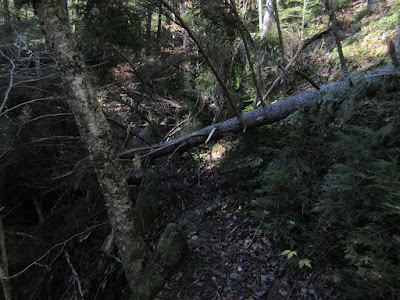 Mark does the final cleanup after the multiple cut removal. We had help with this one from Bill Doyle, a customer at my store who happened to be hiking up this way today. 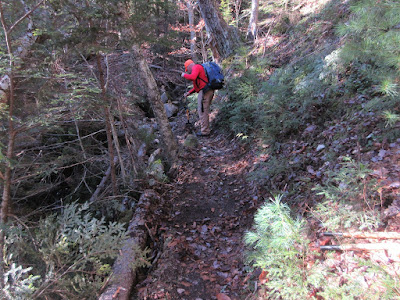 It was a fine November day in the hardwoods. 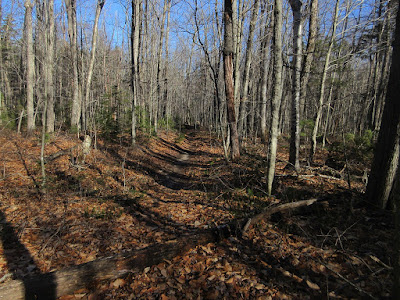 Mark and Bill climb along the steady upper half of Passaconaway Cutoff. 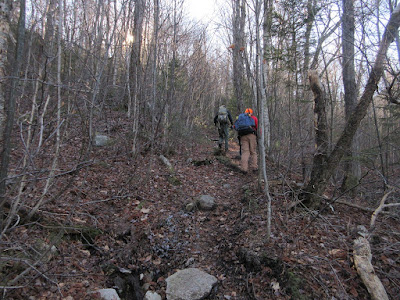 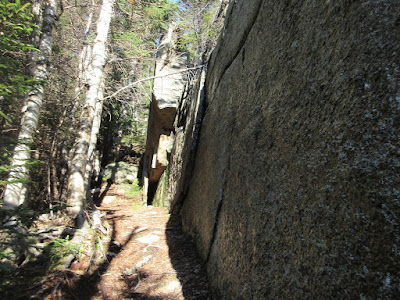 We took the obscure side trail out to a white ledge that offered a fine view of a looming, shadowed Mt. Passaconaway. Despite a temperature near freezing, it was comfortable here in the sun. The stripe of Passaconaway's east slide, which fell during the 1938 hurricane, wiping out the earlier version of Passaconaway Cutoff, can barely be discerned in the center of the shadowed area. 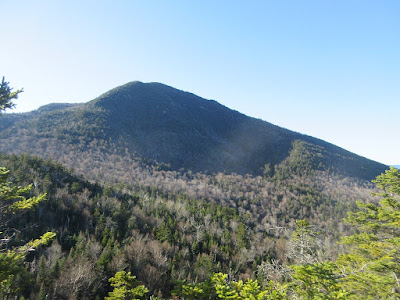 Green's Cliff and Mt. Carrigain rise to the north. 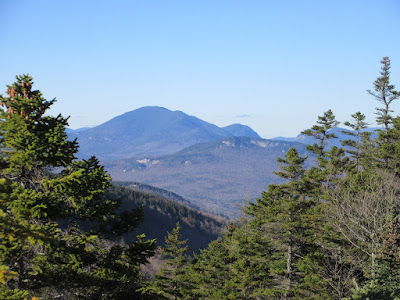 There's a major dropoff from a lower ledge, looking down into the upper basin of Oliverian Brook. 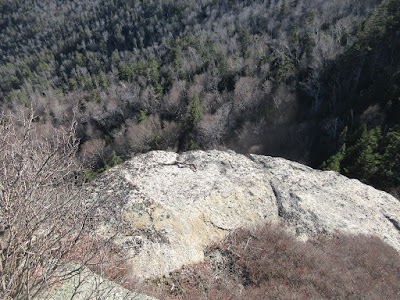 Mt. Paugus is close by to the east. 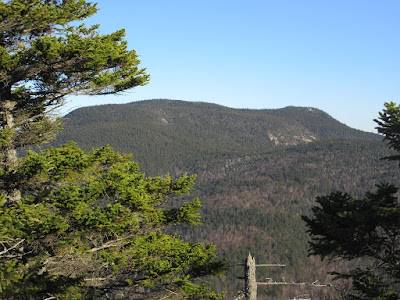 Looking south to the Paugus Pass area and Ossipee Lake in the distance. 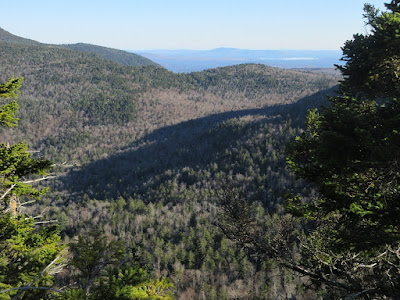 Descending in the chilly shade along the Square Ledge Trail. We took a couple more blowdowns out on the way down, and reached the trailhead just as darkness was closing in. 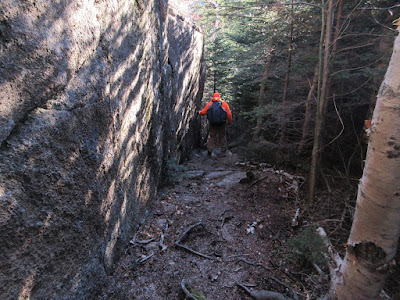