Spring maintenance trip on the adopted trail of the AMC Four Thousand Footer Committee, part of the northern route to Mt. Passaconaway from the Kanc Highway. It was a rough winter for the trail with numerous blowdowns, "bendovers" and downed branches. It was chilly and foggy, with the peaks shrouded in mist, but the cool temps were ideal for trail work and kept the day blessedly bug-free.

The water level was up at the beaver pond 0.7 mile in on the Oliverian Brook Trail. A Northern Waterthrush was singing with gusto here, one of the few bird songs heard on this gloomy day. 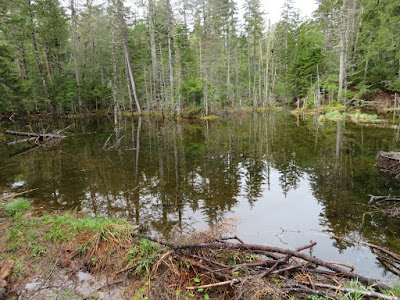 A beaver cutting performed when the snowpack was deep. 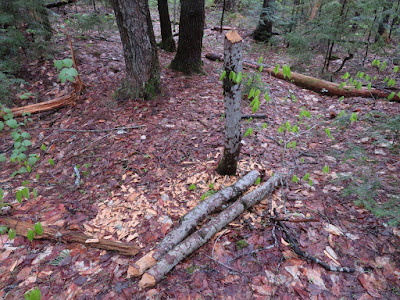 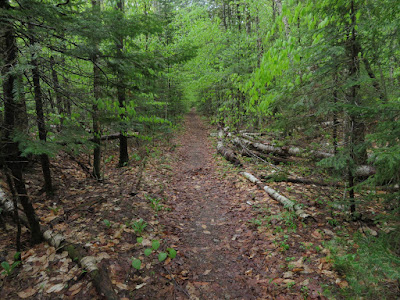 There were plenty of Painted Trilliums in the valley. 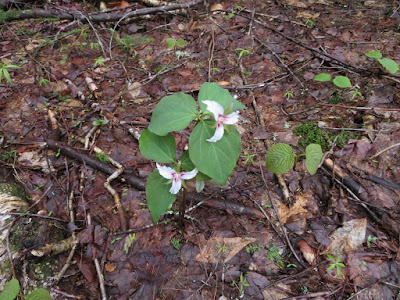 Even the trail signs looked wet on this damp day following a prolonged rainfall. 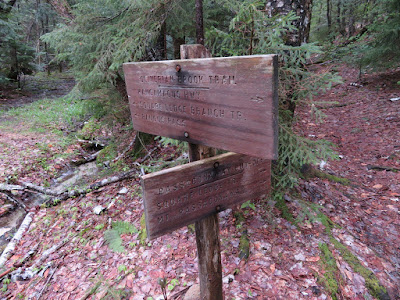 Beautiful hemlock-spruce forest on the lower part of Passaconaway Cutoff. 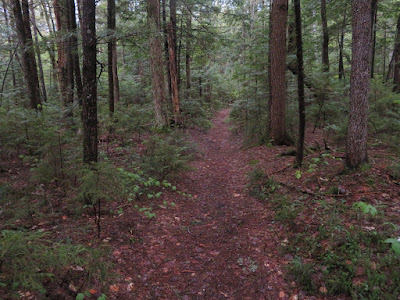 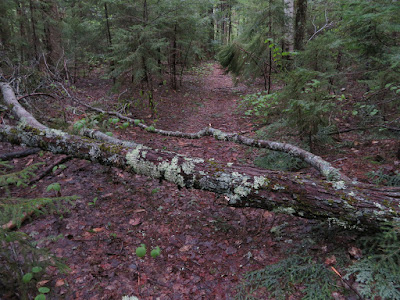 The Silky saw was up to the task. 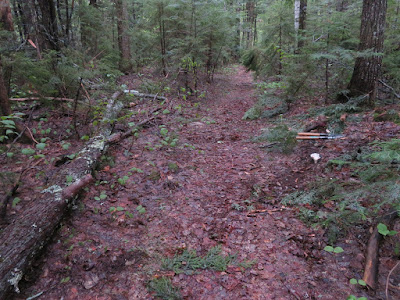 A sea of hobblebush beside the trail. 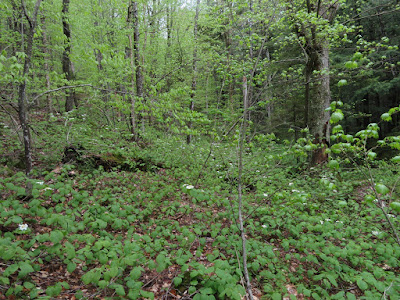 There were many of these "bendovers" caused by the heavy winter snows. 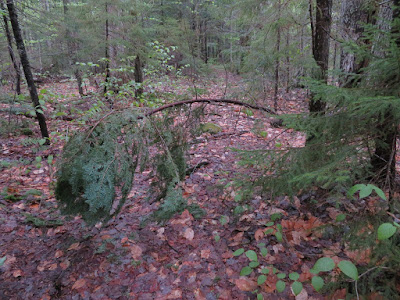 A peaceful spot beside the trail's crossing of the west branch of Oliverian Brook. 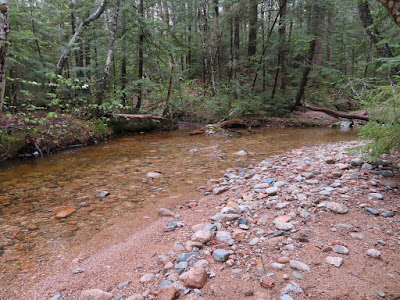 Spring greens in the hardwoods. 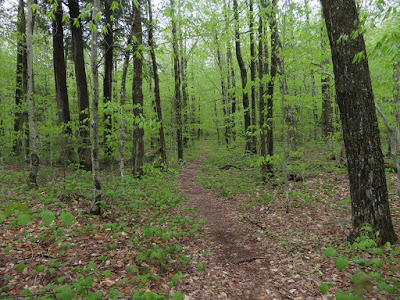 Playing in the mud. 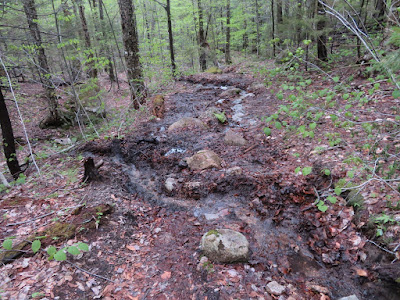 Cascade on the west branch of Oliverian Brook. 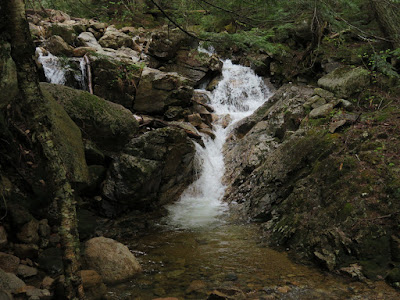 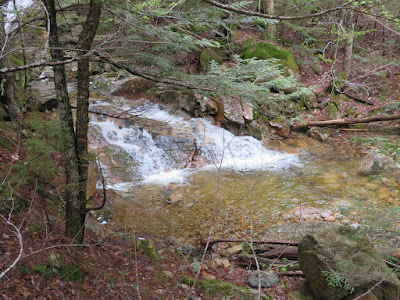 This one was a bit tricky. 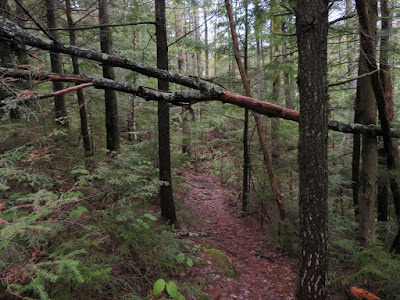 Cleaning drainages in spring and fall is considered to be the most important work of the trail adopter. The Cutoff has about 50 of them in various forms. 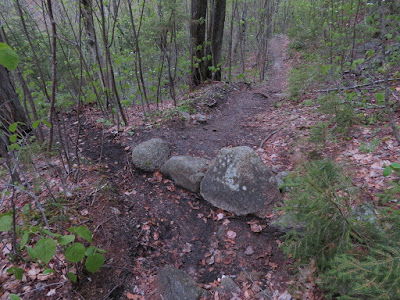 A tangled treetop blocked the trail. 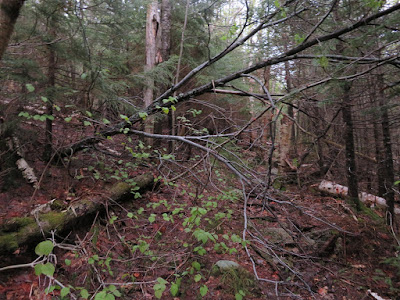 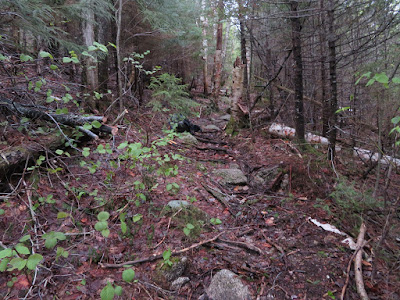 I was happy to reach this sign late in the day. 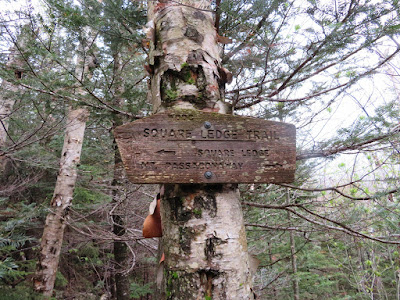 Some knuckleheads apparently thought it was a good idea to have an on-trail campfire at the junction of Passaconaway Cutoff and Square Ledge Trail. These were tossed into the woods. 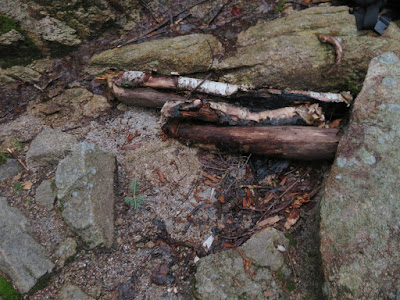 The only views of the day were peeks at Hedgehog Mountain through the trees. 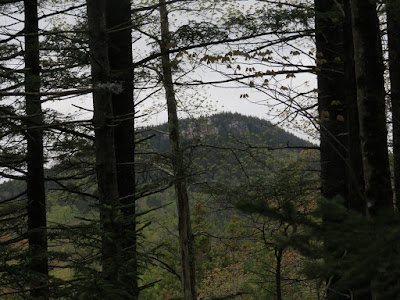 Heading home through the hardwoods, making it out just before dark. 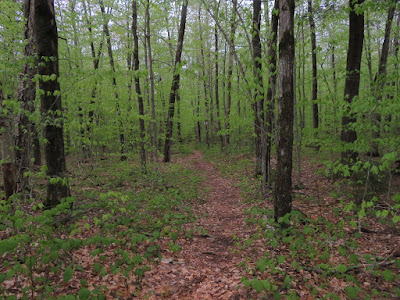