Rain was forecast to move in today, so I planned just a short, scenic hike to West Kill Falls and Diamond Notch. But as I drove down Spruceton Road to the trailhead, I remembered that at least one TV weather person had said the air was very dry and the showers would not form until early afternoon. Hmmm, maybe Southwest Hunter (3740 ft.) - one of the officially trailless Catskill 3500-ft. peaks, would be worth a shot, since it's accessible from the same trailhead.

The Diamond Notch Trail to the falls is an old woods road. 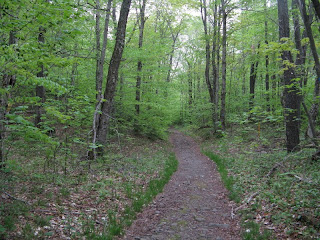 Along the way you pass several pretty cascades on the West Kill. 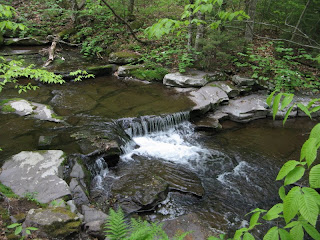 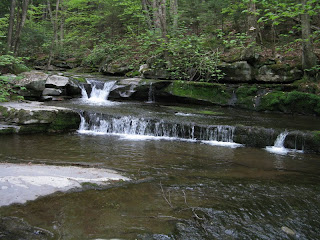 West Kill Falls is a gem, and a popular short, easy hike. 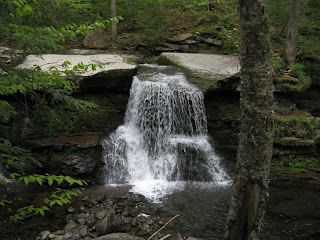 The junction with the eastbound Devil's Path - the route used to access Southwest Hunter - is right by the falls. I decided to go for it. 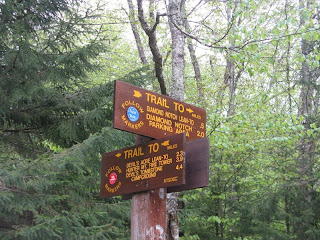 The Devil's Path soon slid into a magnificent sugar maple forest. Whether I made the summit or not, I thought, these sweet open woods were worth the price of admission. 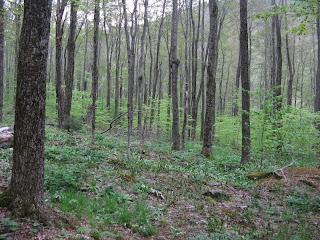 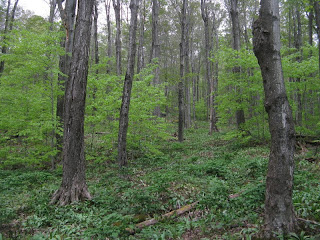 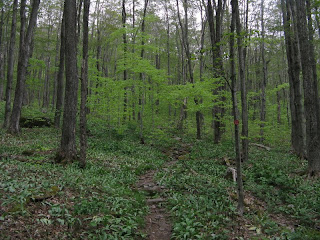 There were many Canada Violets in bloom. 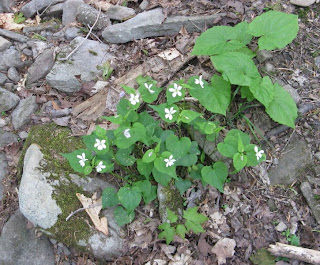 Higher up, where the hardwoods had been damaged by the 2007 ice storm, there were luxuriant patches of Cow Parsnip. 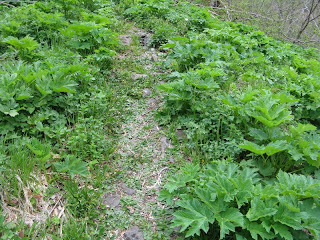 An interesting boulder beside the trail. 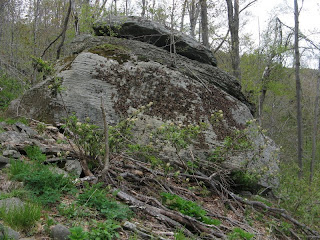 After a long, moderate climb I reached the viewspot known as Geiger Point (about 3500 ft.), where a sandstone ledge drops off abruptly in front. 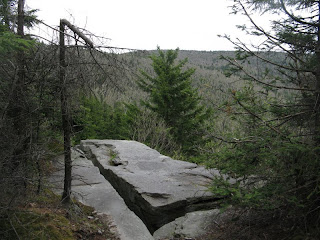 The view is somewhat limited, but wild, affording a closeup view of West Kill Mountain and Diamond Notch. 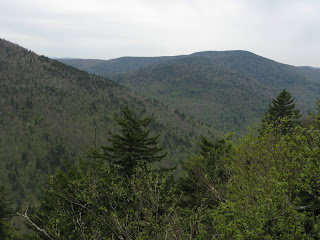 The long, flat crest of Southwest Hunter rises across the upper valley of the West Kill. The summit is towards the right end of the ridge. It looked a long ways around from here, with the grey skies over head. No rain yet, though, and visibility was good. 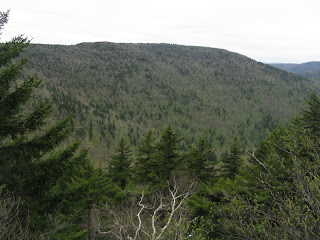 From Geiger Point the trail makes an easy-graded half-mile traverse high on the flank of Hunter Mountain. 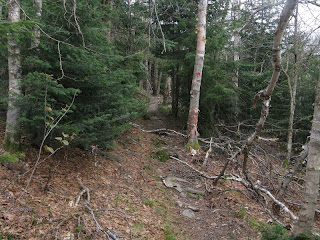 At the height-of-land there was a small meadow with some late-blooming trout lilies. 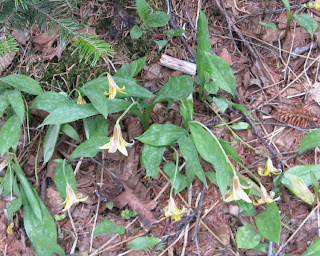 I had read alot about Southwest Hunter being a difficult summit to find, and wondered how overgrown the herd path following an old railroad grade would be. As it turned out, this is no longer a "trailless peak," there is a well-beaten path right to the canister.

A cairn marks the spot where the railroad grade herd path leaves the Devil's Path. 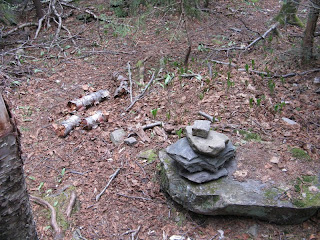 The old grade provides excellent walking, with a few blowdowns and bendovers to keep you honest. Catskill historians note that this was a horse-drawn logging railroad, one of several used by the Fenwick Lumber Company in the early 1900s. 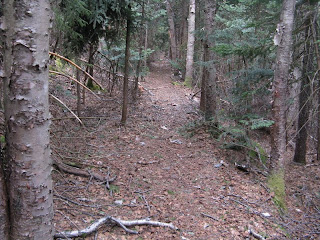 Some Red Trilliums were still in bloom up here. 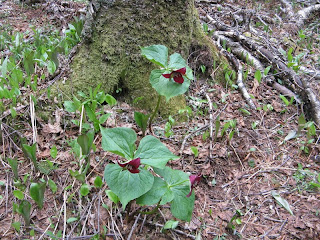 Another cairn marks the point where you turn left off the railroad grade to follow a herd path up to the summit. 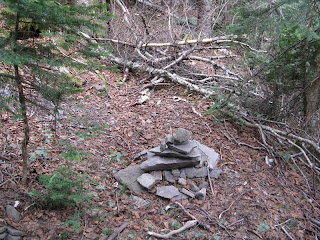 The herd path is steep at first, then eases off as it attains the broad crest of Southwest Hunter. 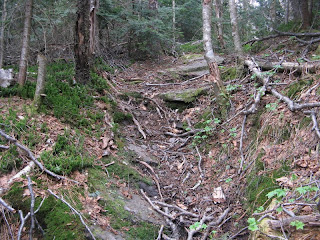 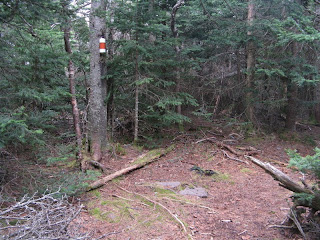 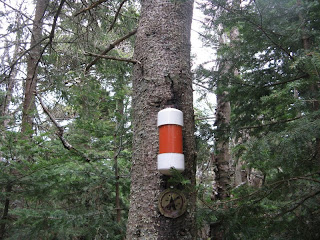 I signed in the register and enjoyed a quiet lunch on this remote, densely wooded summit. 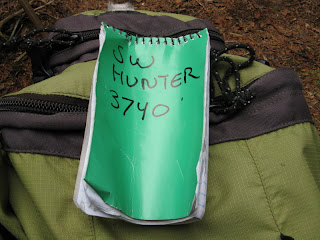 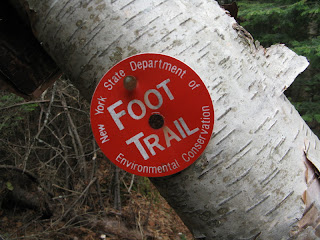 I savored that dreamy maple forest on the lower part of the Devil's Path. The rain had started partway along the descent, and was now coming down in earnest. 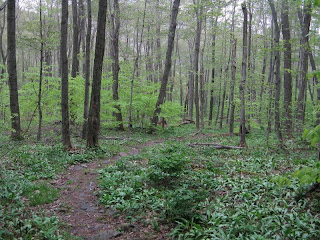 A side view of West Kill Falls. It was a good hike, and Southwest Hunter was a surprisingly easy summit. 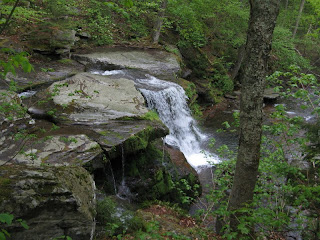