Carol and I hiked up the very attractive Weetamoo Trail on the SE ridge of Mt. Chocorua and continued on the Hammond Trail to Bald Mountain. A combination of herd path and bushwhack gave us some great views of Chocorua and netted two seldom-found geocaches for Carol. 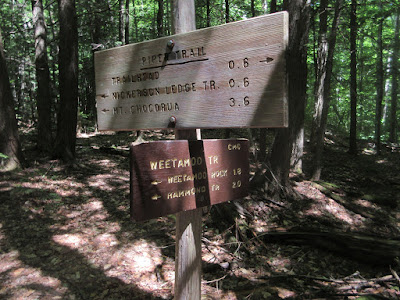 The Weetamoo Trail was completely relocated off its former steep route in 1980. Much excellent trail construction is evident along the way. 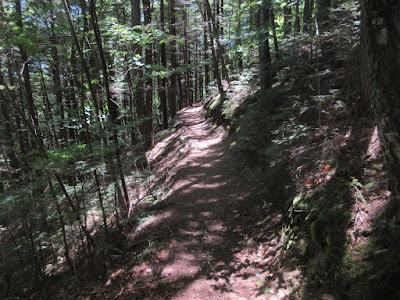 Part of the trail ascends a beautiful hemlock-clad hogback. 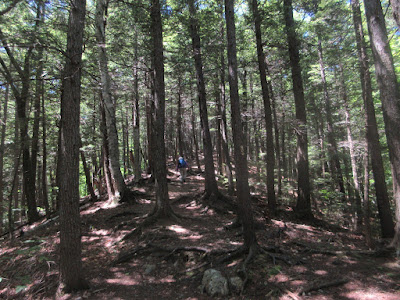 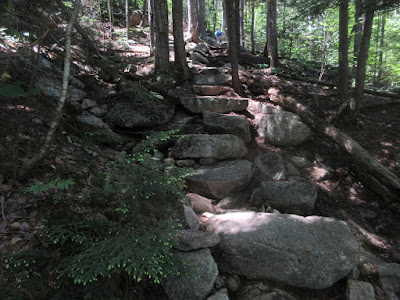 The giant boulder known as Weetamoo Rock rises beside the trail. 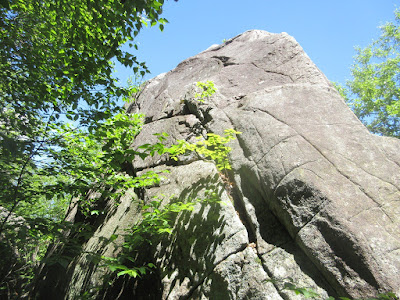 Another angle. The old route of the Weetamoo Trail climbed straight up to the rock and continued steeply up to the Hammond Trail atop the ridge. The relocated route makes a long, easy-graded traverse past the rock. 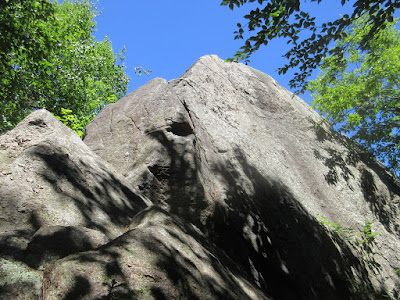 Junction on the ridge. The Hammond Trail dates back to the 1860s and is the oldest route on Chocorua. 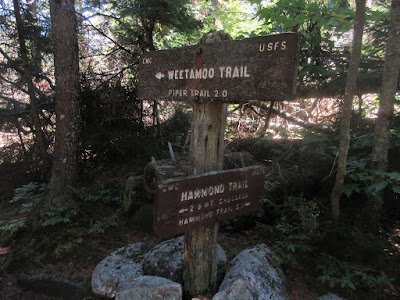 Mt. Chocorua, the Three Sisters and Carter Ledge from the ledges of Bald Mountain. 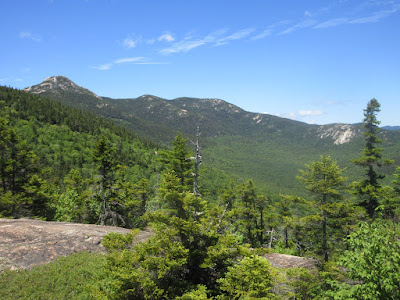 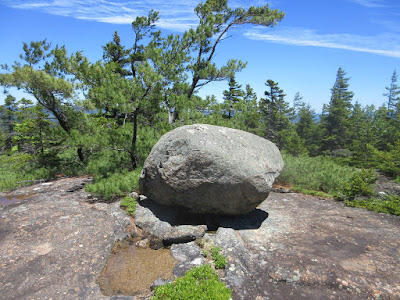 Carol snags a geocache last found in 2015 by yours truly. 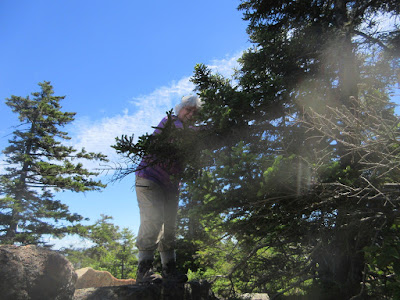 Why it's called Bald Mountain. We walked carefully while exploring to avoid trampling lichens. 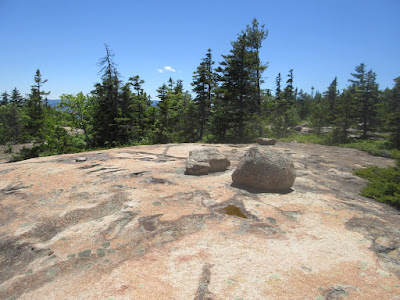 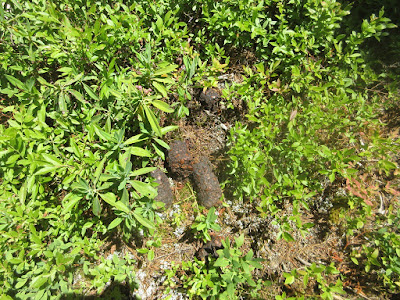 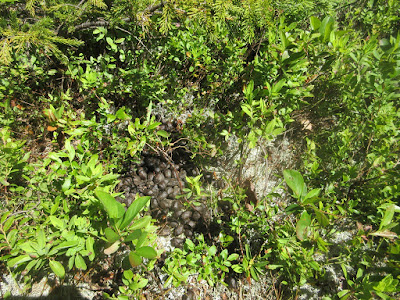 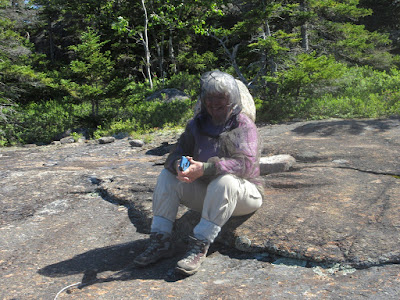 The Moats, White Ledge and Kearsarge North beyond the Chocorua River valley. 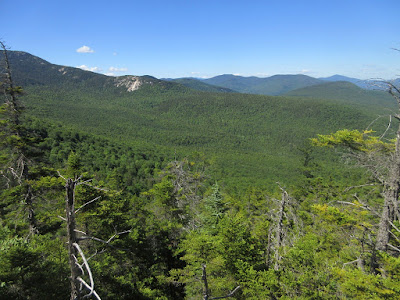 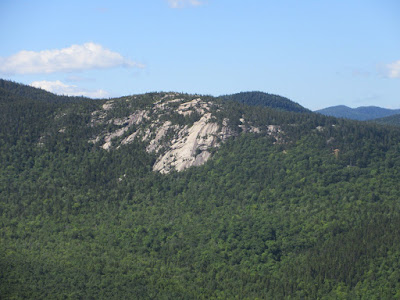 Parting shot of Chocorua and the Three Sisters. 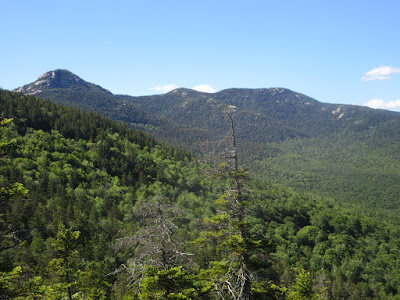 Late afternoon in the hemlocks. 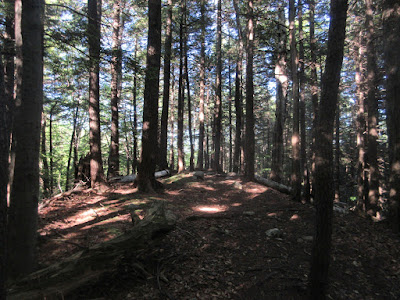