Having seen a large open beaver wetland along Bowen Brook on Google Earth, I decided to go check it out on a short afternoon hike. I walked about a mile up Bowen Brook Road (FR 352) off Rt. 112 between its two intersections with Rt. 116. 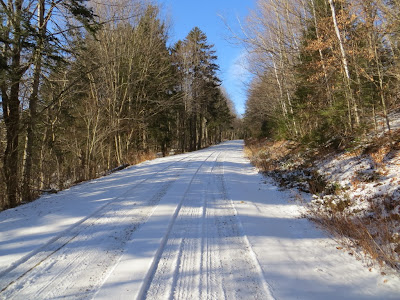 About a quarter-mile up, a wildlife opening on the R offered a unique view of Mt. Moosilauke. 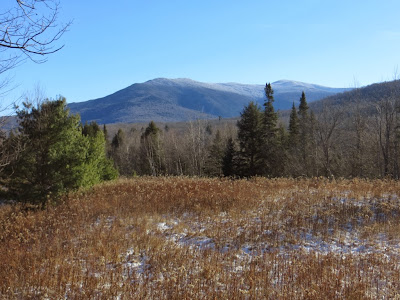 In a branch of Little Tunnel Ravine, I spotted a slide I'd never seen before - presumably from Tropical Storm Irene. Hope to check it out next spring. 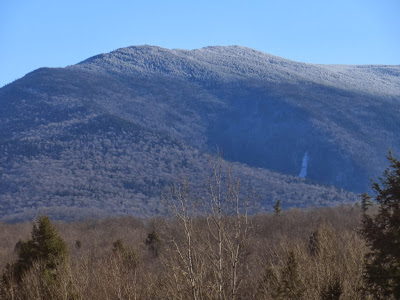 I bushwhacked from the road down to the wetland and found a nice view of Cobble Hill to the north. 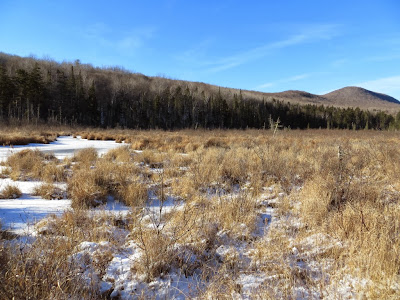 Looks like a nice hardwood whack, though views would be only through the trees. 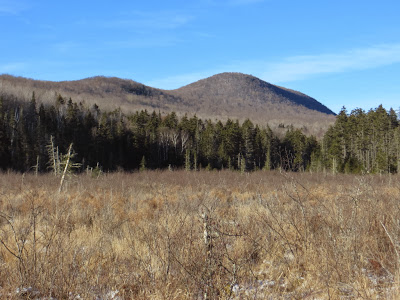 A circuitous whack brought me to a spot towards the north end of the wetland with a fine Moosilauke vista. 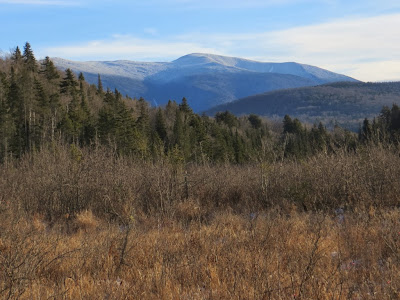 The top of the big Irene slide in Tunnel (Benton) Ravine can be seen under the ridgeline on the R,  and at the lower L is a glimpse of the big cascade in Little Tunnel Ravine. 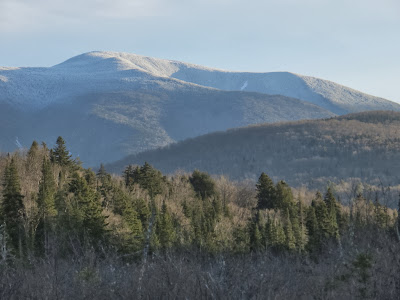 A bit of alpenglow on the way back, at the wildlife opening. 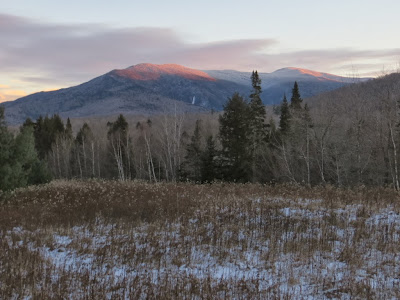 Carol and I did a pre-Thanksgiving dinner hike up to the first ledges on Dickey Mountain on a cold, crisp afternoon. There was some bare ground in the hardwoods. 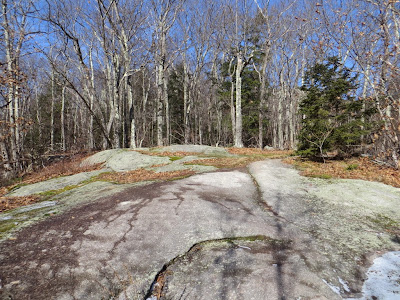 A parade of icicles marked the approach to the ledges. 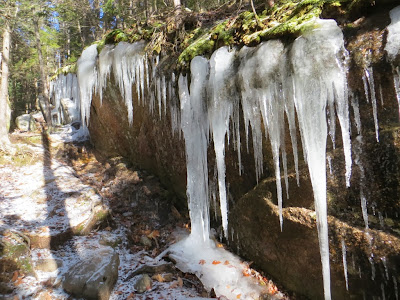 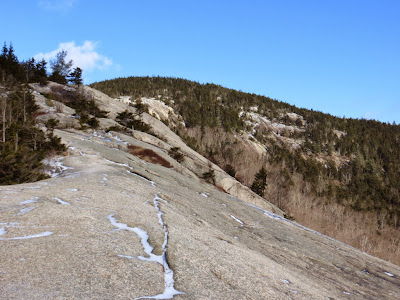 Carol making her way up the slab, with the summits of Dickey and Welch beyond. 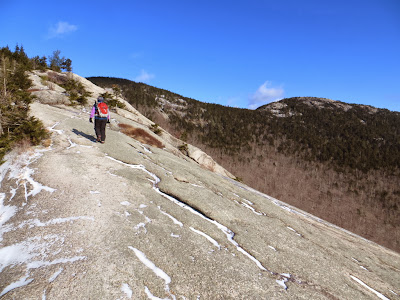 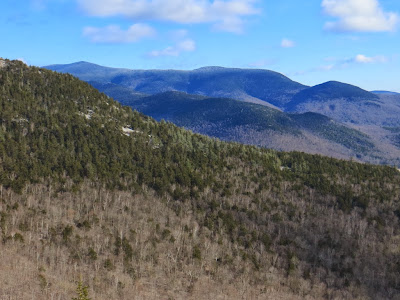 The mysterious stone circle in the ledge above the big slab.  Some feel this may have a Native American origin, while others believe it's a geologic phenomenon. We turned around here as there were major ice flows on the ledges above. 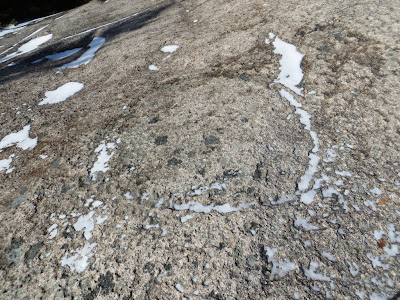 Heading down the slab into the wide southern view. It was nice to feel we'd earned our turkey feast, at least a little bit. 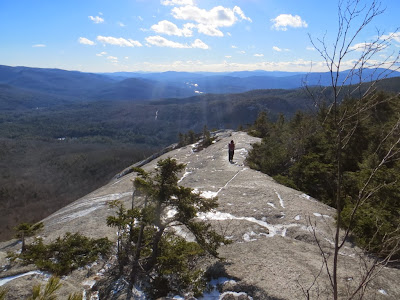