On a sunny, cold afternoon I enjoyed a snowshoe bushwhack through old-growth forest to the northwestern knob of Eagle Cliff in Franconia Notch. There was 4-8" of new, light powder atop a firm base, making for good whacking conditions, though a little "slidey" on the descent.

Starting from the Gallen Memorial parking area, I quickly entered the old growth hardwood forest on the "back side" of Eagle Cliff. According to the brochure for the "Weeks Act Legacy Trail" this forest was not logged due to rugged terrain and its ownership by the Profile House hotel. 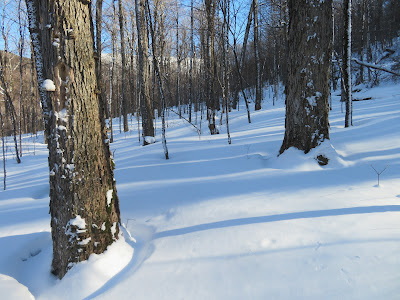 One of many large old yellow birches on this slope. 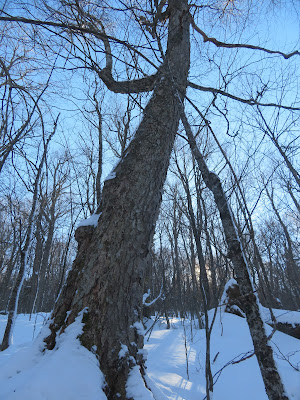 Not much direct sun on this north-facing slope. 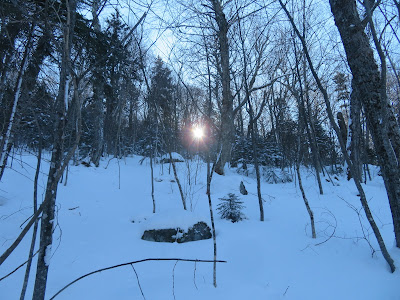 The forest up here is wide open. 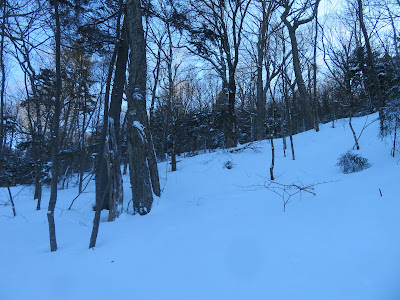 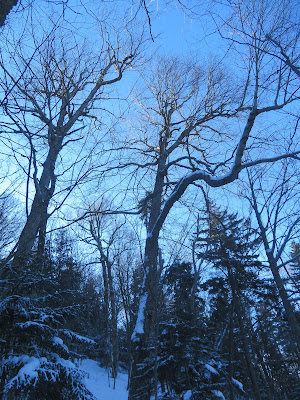 Conifers mix in as the ridgecrest is approached. Backcountry skiers sometimes swoop down through these glades. 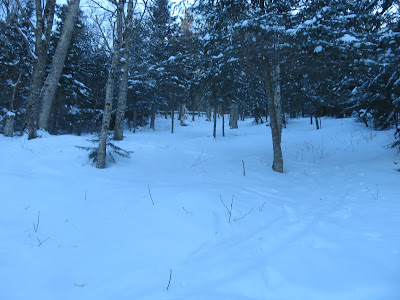 On the ridgecrest between the two northernmost knobs of Eagle Cliff. 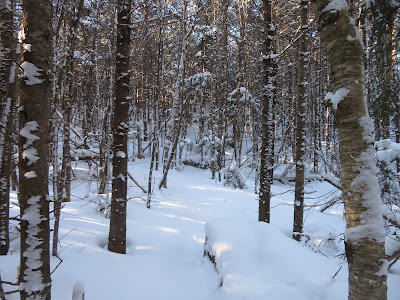 I was aiming for a pair of ledges I had spotted from the ridge across the valley a week earlier. Alas, neither ledge could be accessed safely without a rope - both were more like large boulders than bedrock ledges. 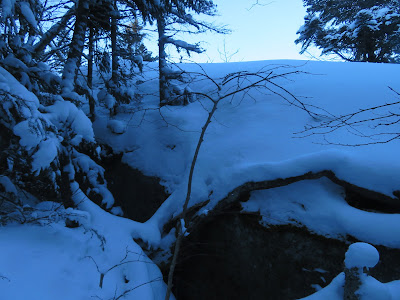 I continued up to the top of the northwestern knob and by rummaging around found a nice view of Mt. Lafayette at the head of the Lafayette Brook valley. 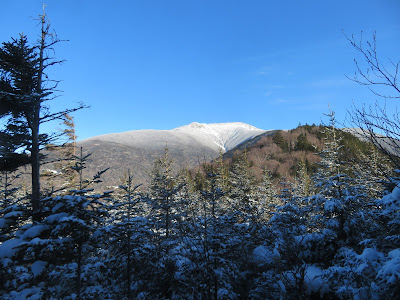 A handsome mountain, is Lafayette. 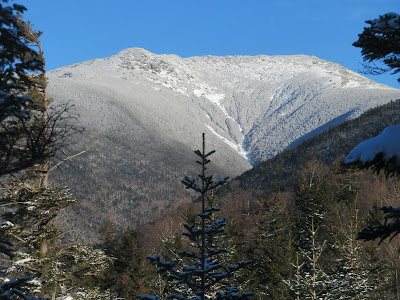 I picked up the remnant of a trail that was partly opened in the late 1960s by state park employee Clyde Smith and followed it to a great viewpoint looking over Franconia Notch. The trail was intended to traverse the entire Eagle Cliff ridge, but it was never completed beyond the col just south of this knob.. 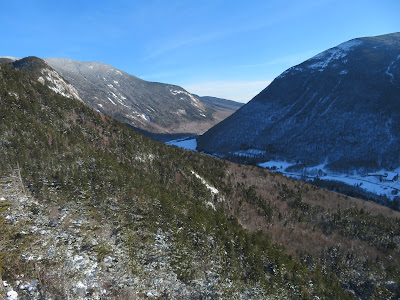 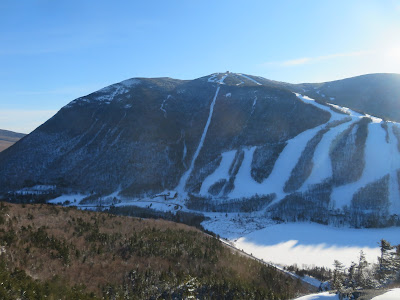 The tracks of the huge slides that buried Route 3 in 1948 and again in 1959 can be seen on the steep west shoulder of Lafayette, in center of picture. 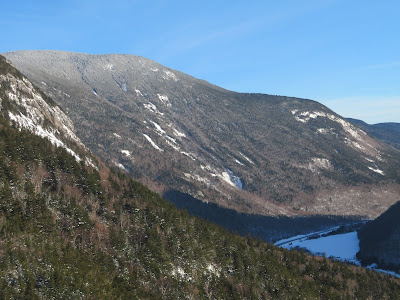 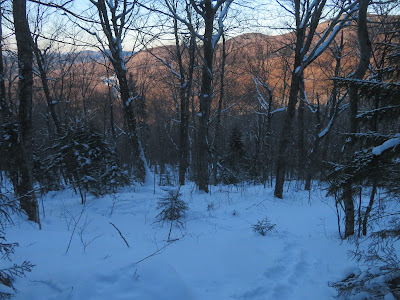