On a cold day with highs in the 20s I had hoped to do a snowshoe bushwhack on a firm base to some slides, but there were only a few patches at the trailhead and a test sample revealed grainy snow that was not very supportive. So Plan B was a favorite bare ground spring bushwhack around Acteon Ridge.

I started out on the Old Waterville Road and made a brief stop at the Foss and Burbank Cemetery, in which are buried family members of the earliest settlers in Waterville Valley. According to Waterville Valley historian Preston Conklin, the cemetery dates back to 1831. Because the gravestone surfaces are fragile, no physical contact and no rubbings of the inscriptions are permitted. 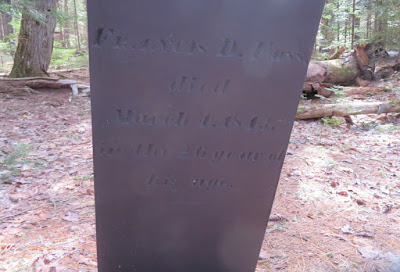 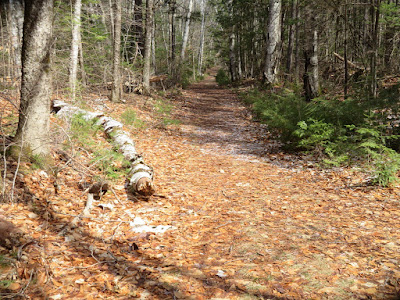 Also beside Old Waterville Road is the cellar hole of Moses Foss, the first settler in Waterville Valley, who moved here with his wife and six children in 1819. He and Josiah Gillis received the original land grant for Waterville from the NH Legislature. 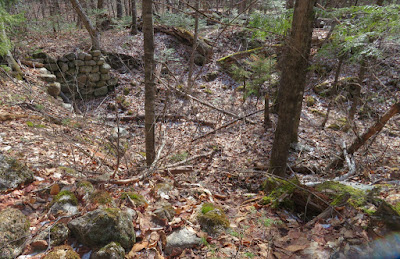 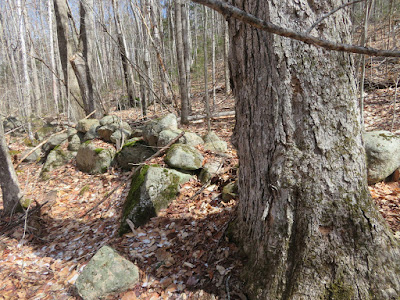 Granite slabs on a low spur of Acteon Ridge along a (currently) unofficial mountain bike trail known as the Ledges Trail. 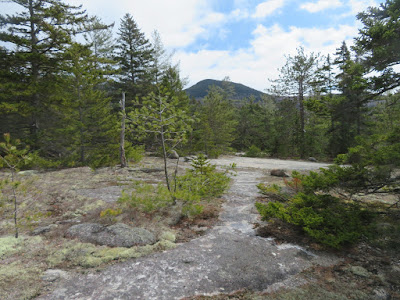 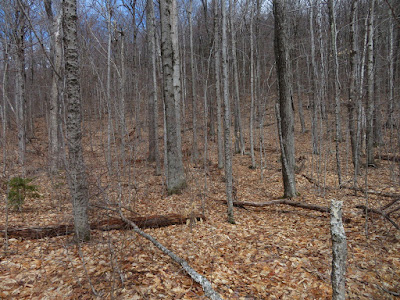 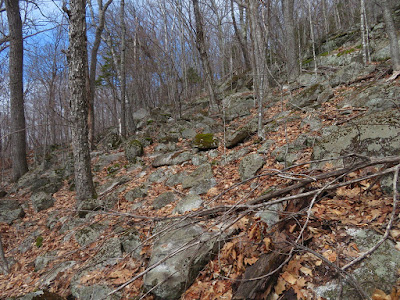 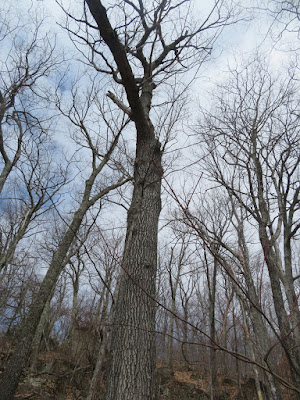 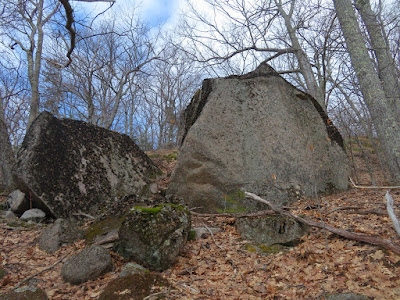 View of the Campton Range from the lower end of the "ramp ledges." 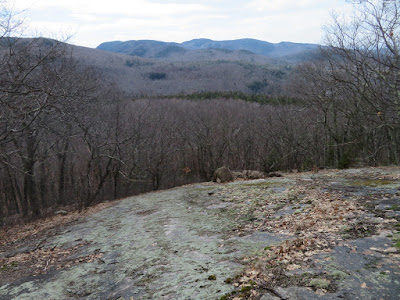 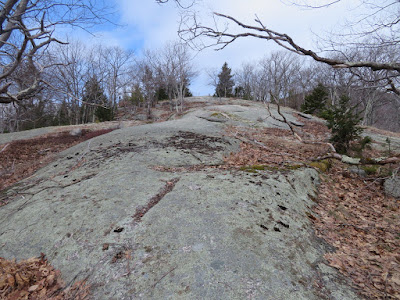 The two Black Mountains, darkly wooded as the name implies. Relaxing....though with temp in the twenties it required some bundling up. 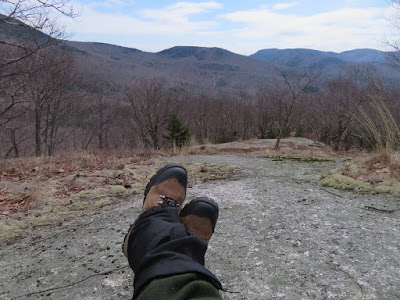 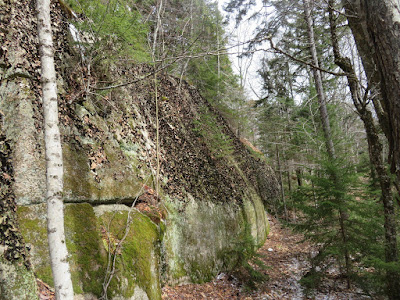 A cliff with style. 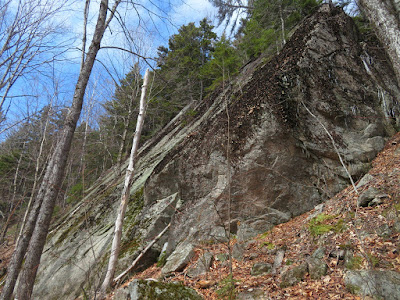 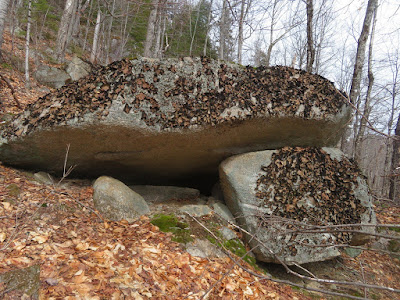 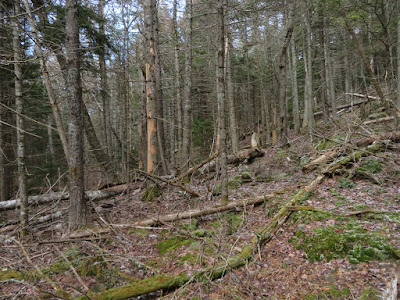 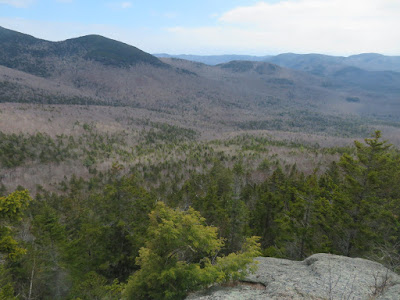 ...and looking up to Sandwich Dome and the higher Black Mountain. 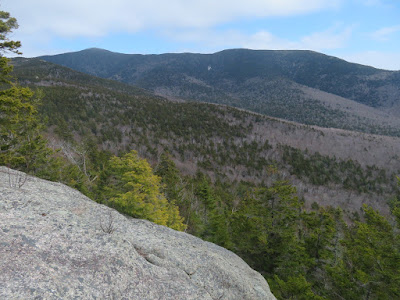 Big white pine encountered at ~2000 ft. while whacking down a little valley in the Wilderness. 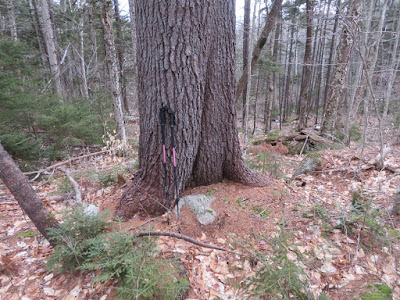 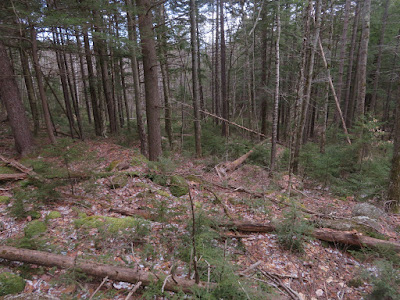 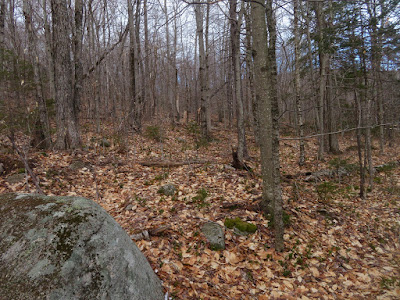 Neat little waterslide on a tributary of Smarts Brook. 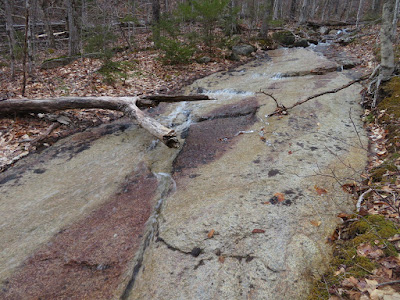 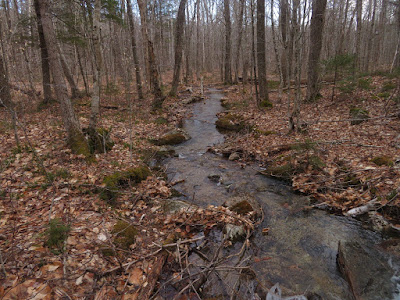 I was able to cross Smarts Brook, taking care to avoid icy rocks. 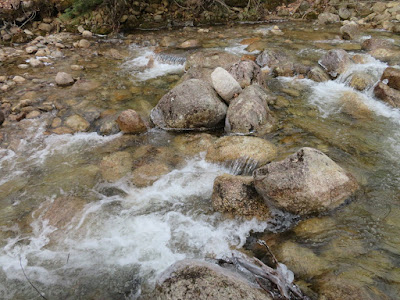 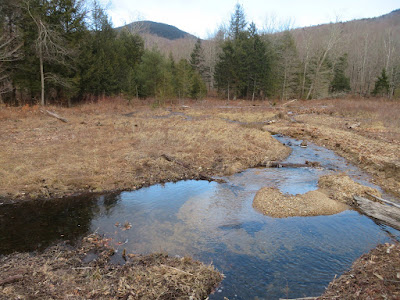