A perfect cool, crisp spring morning for a logging road walk and bushwhack to revisit a ridge with some interesting features. 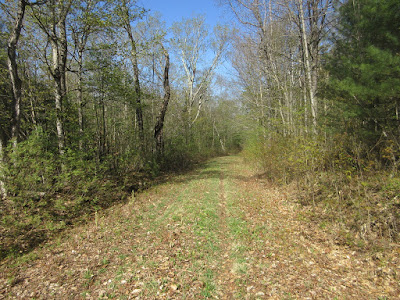 The WMNF maintains a wildlife opening at the end of the road. There was a Pine Warbler singing in the tall pines. 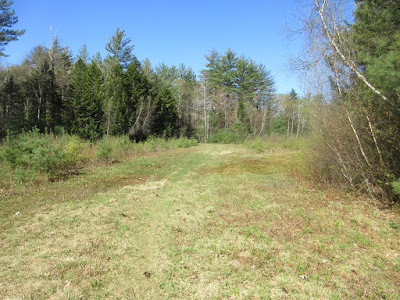 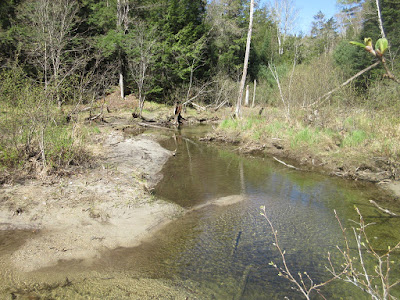 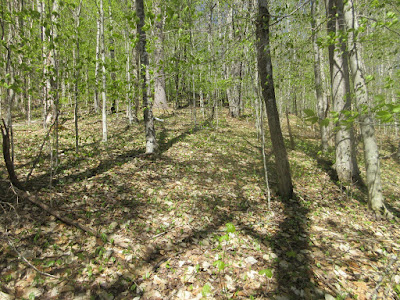 A rock pile left over from pasturing days in the mid-1800s, when there were several farms in the area known as Chickenboro. 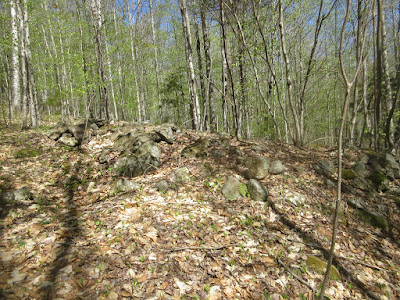 A stone wall is draped across the lower part of the ridge. 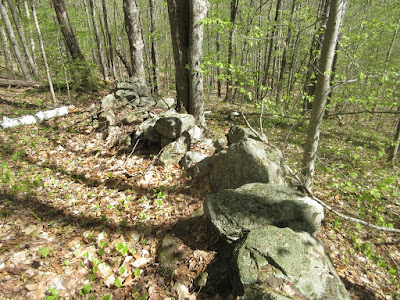 It extends for quite a distance. 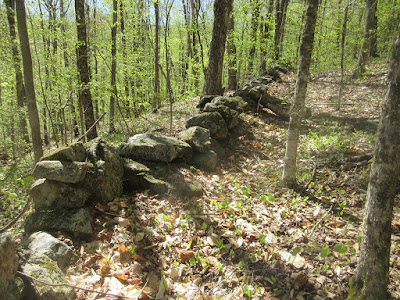 Ascending via an attractive drainage. 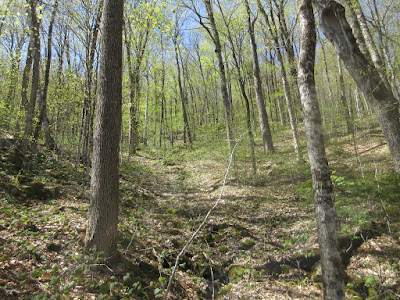 Mt. Tecumseh north through the trees. 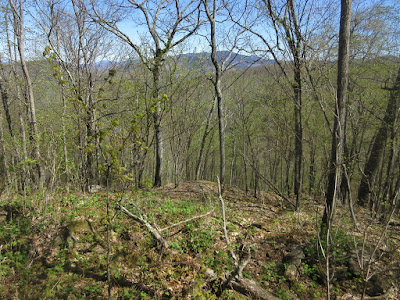 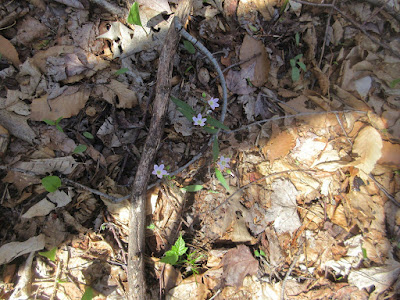 Last month, while snowshoeing up this ridge, I came upon a flat, partly open area with what appeared to be several apple trees. With a little poking around I found more than a dozen of these trees around this small clearing. 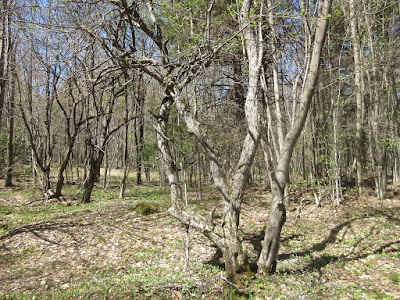 Looking up at one of the gnarled tops. 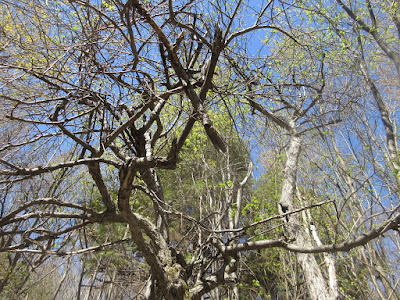 More research is needed to determine if this was a remote, high-elevation (1780 ft.) orchard of one of the Chickenboro farms. It's only speculation at this point. 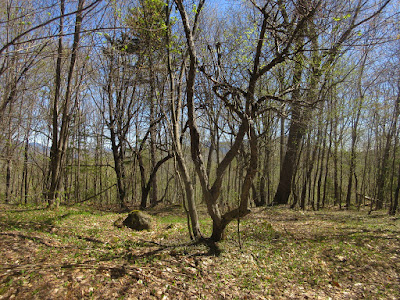 More of the trees. 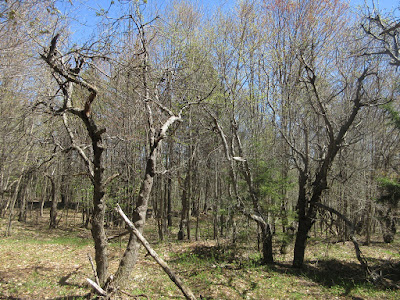 Close-up of the bark. 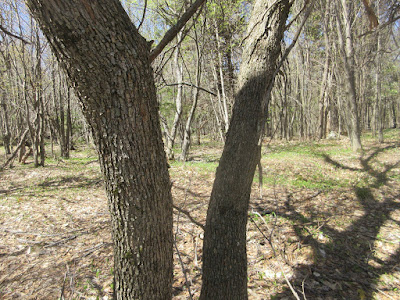 A fern glade at the north end of the shoulder. 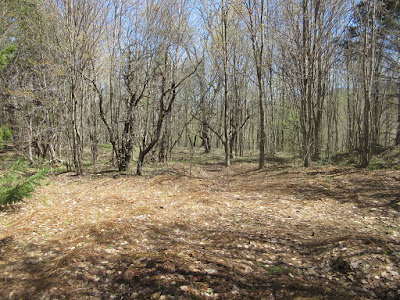 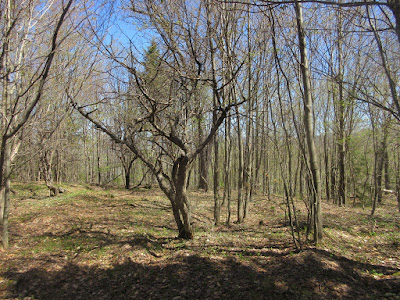 A budding trout lily with spring beauty neighbors. One shoulder/col on the ridge was carpeted with these. 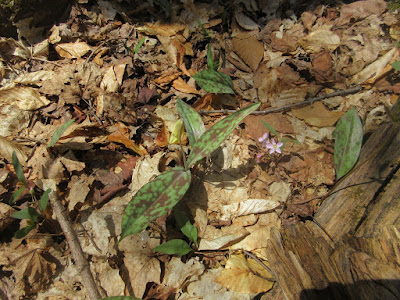 With a little down-climbing I found a nice view of Sandwich Dome, Black Mountain and NE spurs of Mt. Weetamoo from the steep edge of the ridge. 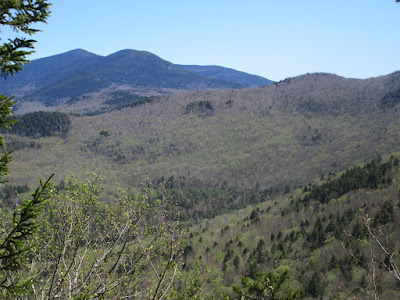 Zoom on Sandwich Dome and Black. 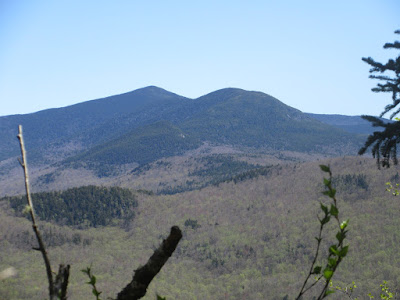 More of the NE ridge of Weetamoo. 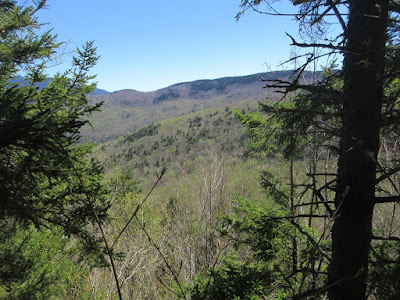 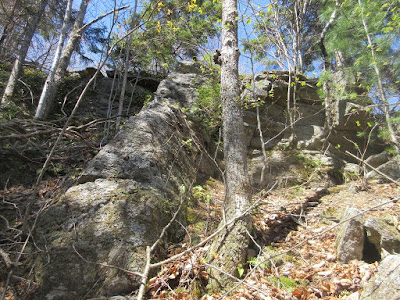 Gnarled old beeches on the ridgecrest. 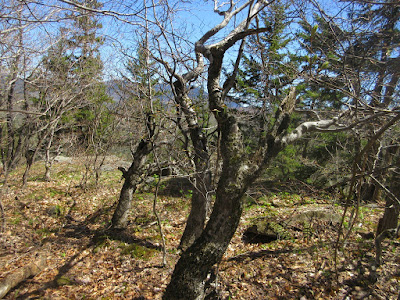 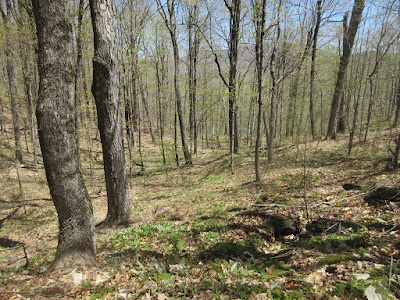 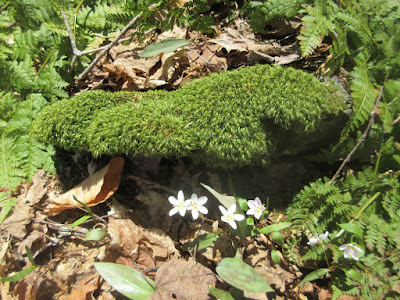 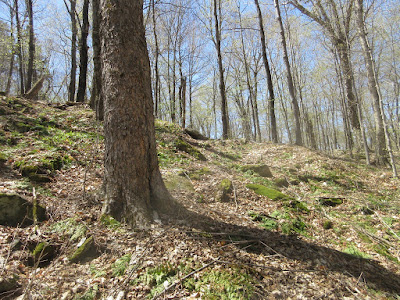 Back through the possible orchard. 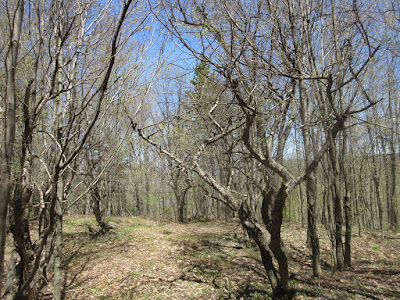 I wanted to believe that this corridor was part of the well-used trail that ascended Mt. Weetamoo from the Chickenboro farms in the late 1800s. It was built around 1874 by Charles E. Fay, who was soon to become a founding member and later President of the AMC, and G.C. Anthony from Providence, RI. As with many early paths, it was built for the walking pleasure of guests staying at nearby inns, in this case the Blair House and other hostelries in nearby Campton. Moses Sweetser's comprehensive guidebook to the White Mountains directed visitors to the start of the trail at the Roby farm, “up among the glens of the Campton Range,” and gave a fairly detailed description of the path. It's possible that it used this ridge as a route. It was apparently abandoned by the early 1900s. The Forest Service proposed a new trail to Mt. Weetamoo in the late 1970s,  but it never got beyond the planning stage. 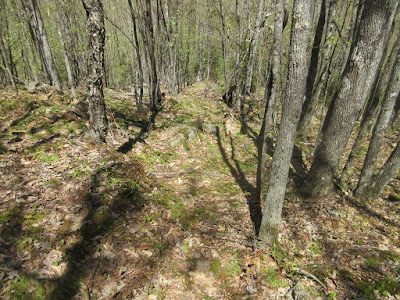 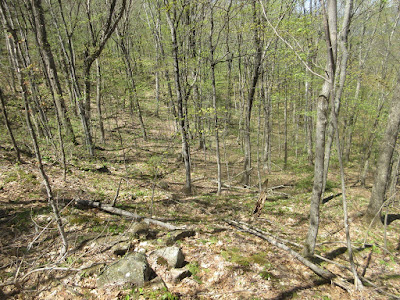 An old beaver dam, which I crossed on snowshoes back in April. 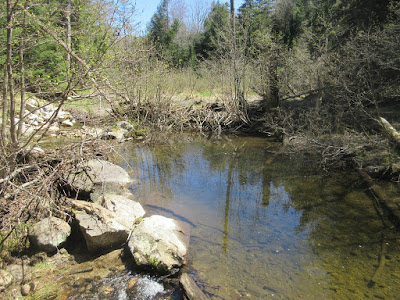