With an afternoon free and 13" of fresh snow on the ground (but no base) it was time to break out the snowshoes and hit some smooth, non-rocky trails.


Unbroken snow on the Tri-Town Trail. 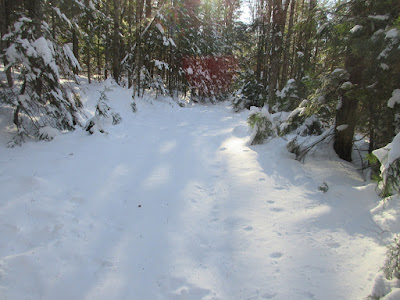 First snowshoe tracks of the season. 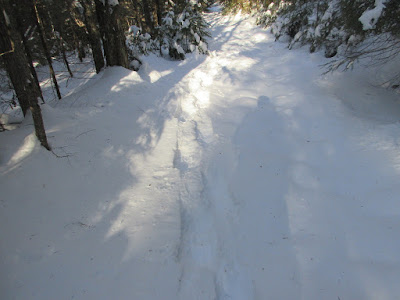 Turning onto an unofficial mountain bike trail that is great for snowshoeing. 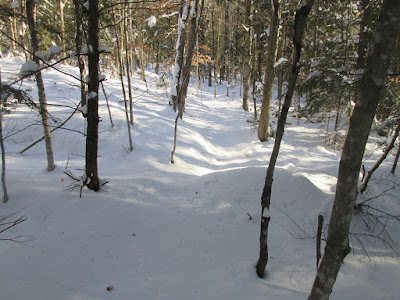 Good snow cover in these woods. 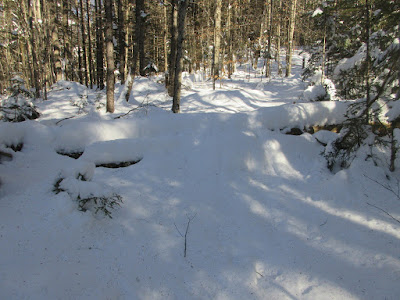 Someone was in the holiday spirit. 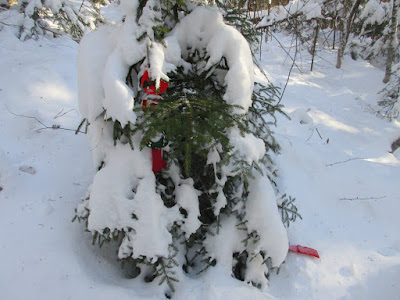 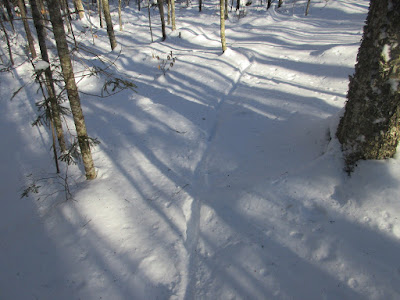 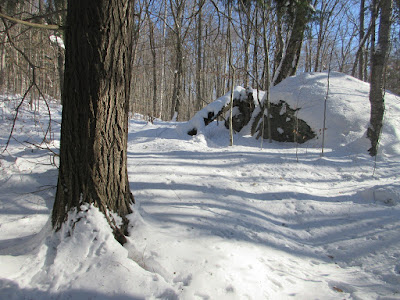 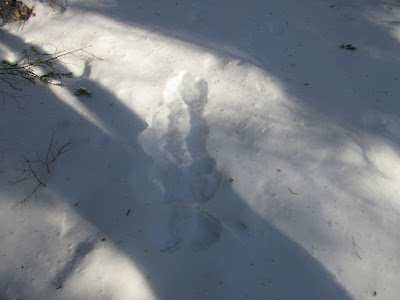 View of Welch and Dickey Mountains and southern ridges of Mt. Tecumseh from the top of a small cliff, reached by a spur path. 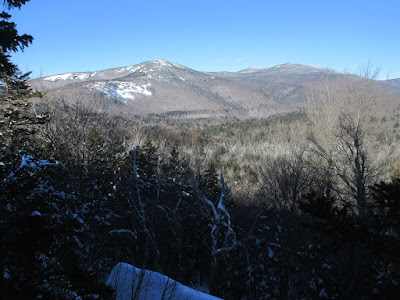 Zoom on Welch and Dickey. 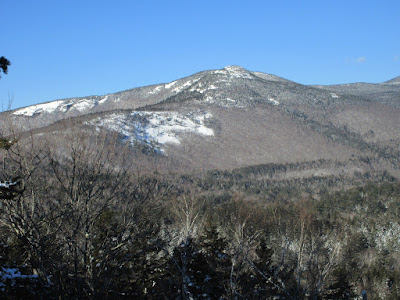 Bald Knob and its pointy southern spur. Middle Acteon Peak peers over in back. 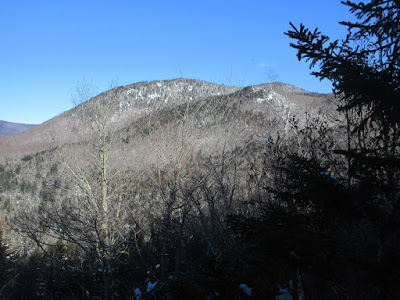 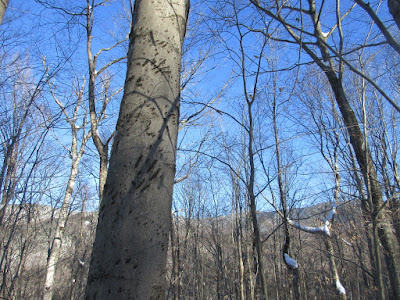 Bear tree #2. One of the treats of leisurely woods wandering. 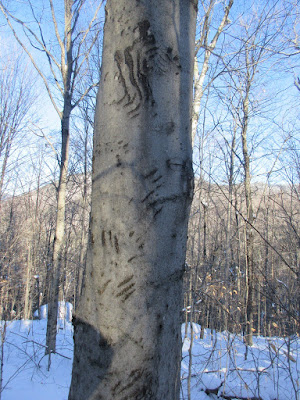 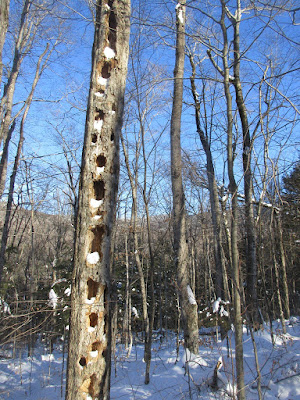 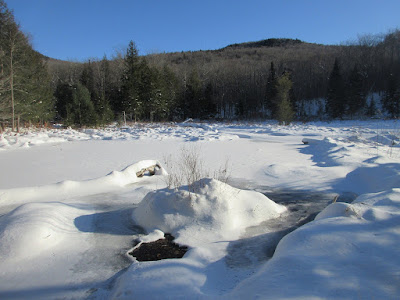 Coyote tracks at the edge of the pond. 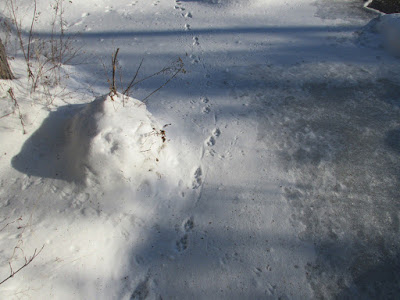 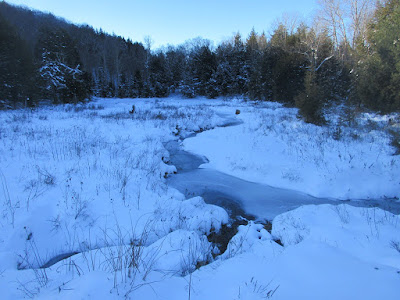 View of the lower Black Mountain on the SW ridge of Sandwich Dome. 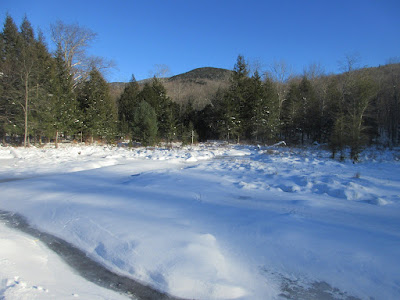 I went partway up another unofficial mountain bike trail to see this scene on Smarts Brook. I considered continuing up to some ledges, but it was getting late and breaking 1 1/2 miles of trail was probably enough for the first snowshoe outing of the season. So I retraced my tracks to the packed-out Yellow Jacket Trail and looped back via that trail and the Pine Flats Trail. 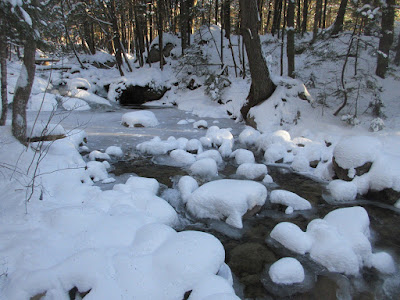 The ice was coming in nicely at Smarts Brook Gorge, along the Pine Flats Trail. Winter has arrived! 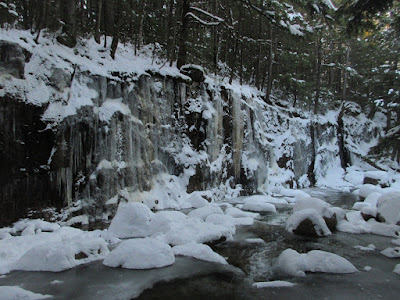