Mark Klim and I had planned to do some bushwhacking in the Goodrich Rock area, but the blue skies and snow-caked mountains prompted a change of plan, and we ended up snowshoeing up Mount Tecumseh for some fine views.

There was a nicely packed snowshoe track on the Mount Tecumseh Trail. 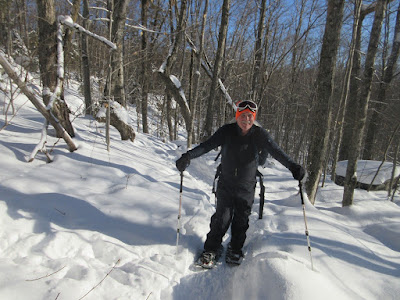 I always stop to admire this old yellow birch. 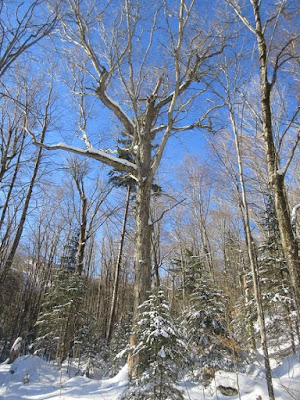 A sweeping vista from the ski trail viewpoint partway up. 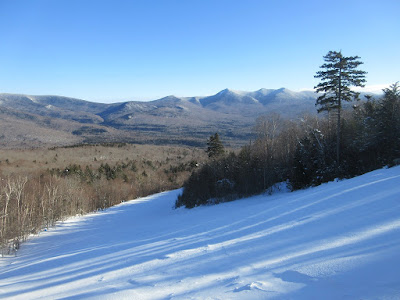 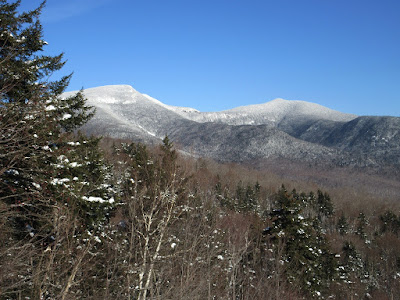 On the mile-long trudge up to the ridgecrest. 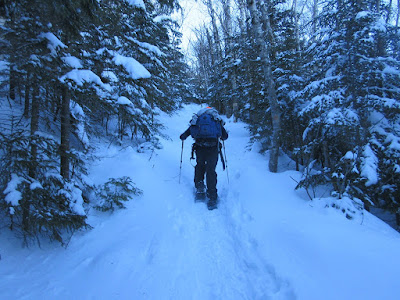 Snow-draped conifers and blue skies up on the ridge. 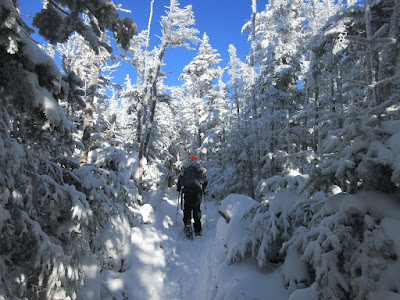 Mount Moosilauke through the trees, from the Sosman Trail. 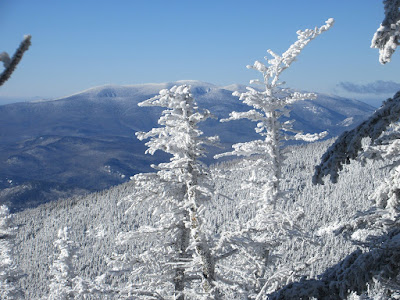 Great views from the summit, but it was cold - down near zero - with a bone-chilling breeze. 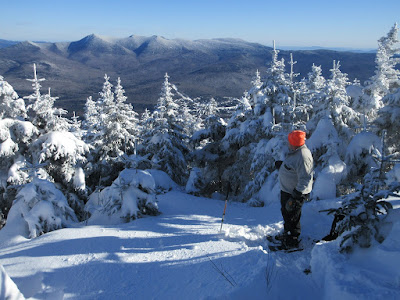 The Tripyramids, with the ravine of Cold Brook in shadow. 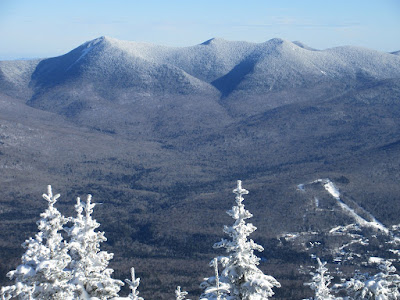 The Presidentials beyond the Osceolas. 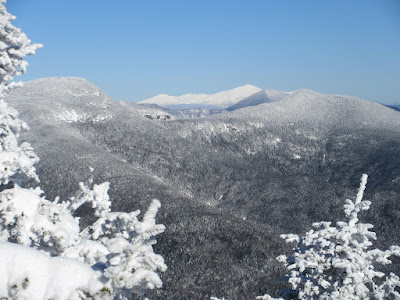 After a finger-numbing summit stay, we broke trail a short way along the ridge to the less-known south outlook. The contrast in comfort was amazing - we spent an hour here basking (!) in the sun, with no wind at all. 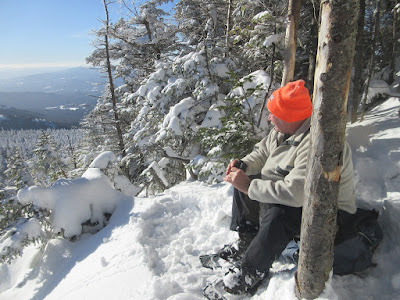 Looking south down the ridge. 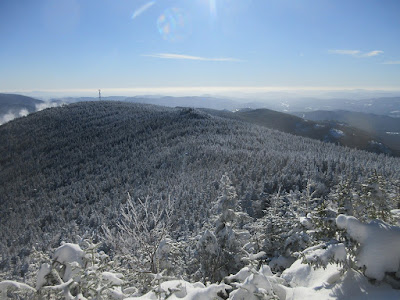 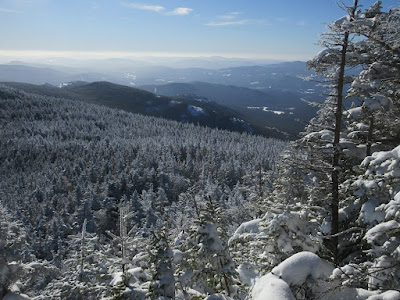 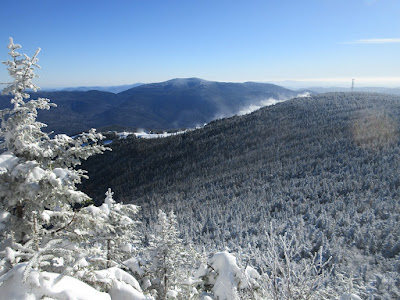 The Sleepers, Mount Whiteface, and the Lost Pass area. 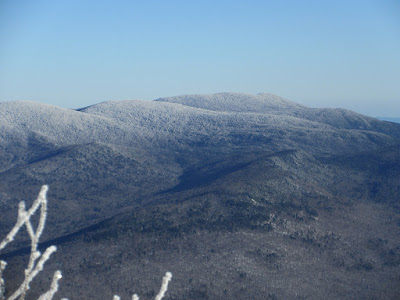 Among the two-dozen other hikers we saw today were Grid finishers Bill "Schorman" Schor and John Gutowski. Wish I had gotten their wives, "Lady Di" and June Rogier, in the pic. 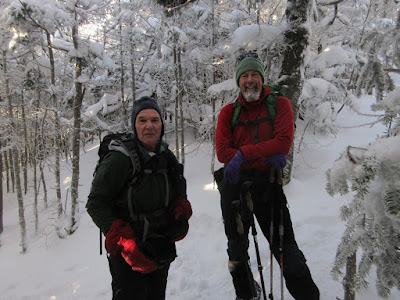 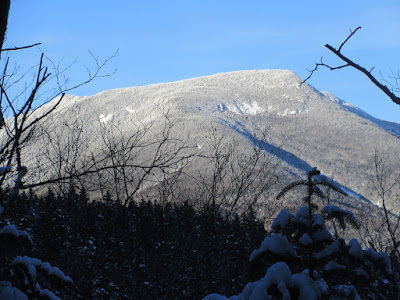 Alpenglow on Tripyramid, from the ski area access road. 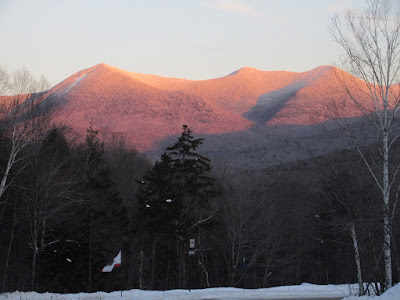