I had a few hours free in the afternoon and headed up to two ledges on Dickey Mountain, one off-trail and one on-trail.

Oak branches reach for a mottled sky on the Dickey Mountain side of the Welch-Dickey Loop Trail. 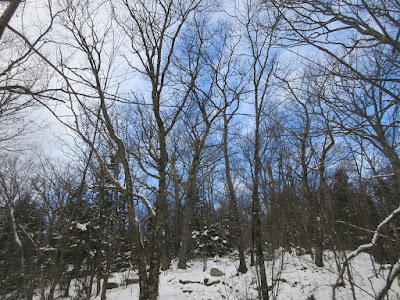 A blowdown from the October 30 storm. 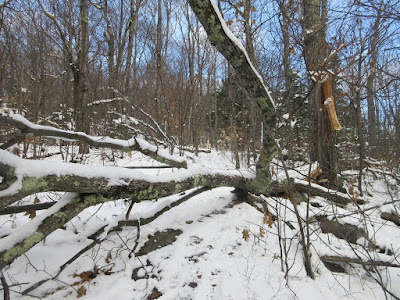 Off-trail, this massive oak also bit the dust during the storm 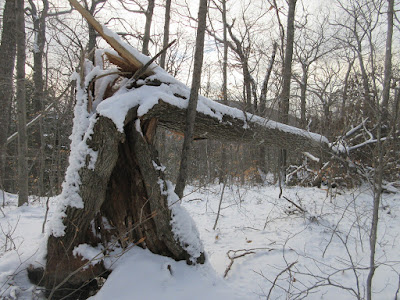 Hardwood bushwhacking on the south side of Dickey. The powdery snow, several inches deep, was very slippery. 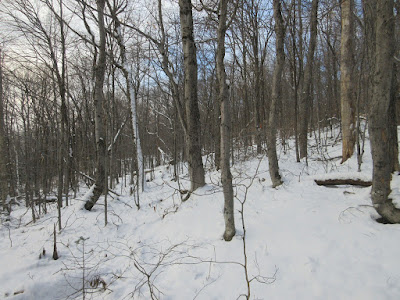 Cone Mountain and its north spur from a SW-facing ledge. Mark Klim and I visited both those spots the week before, on bare ground. 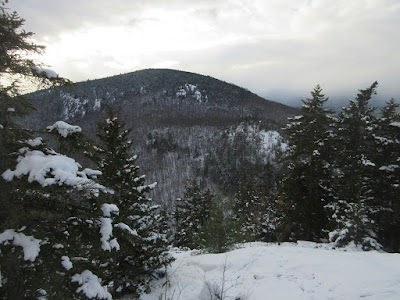 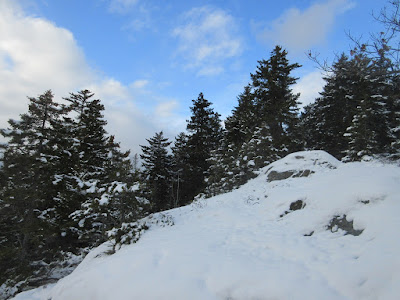 I had an unexpected buddy for part of this bushwhack. He had followed my tracks/scent from the trail. When we headed back to the trail he was reunited with his human companions. 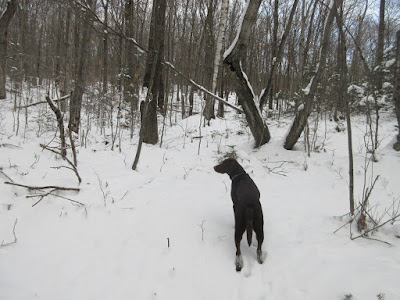 The ice wall on the approach to the big first ledge on the Dickey side of the trail. 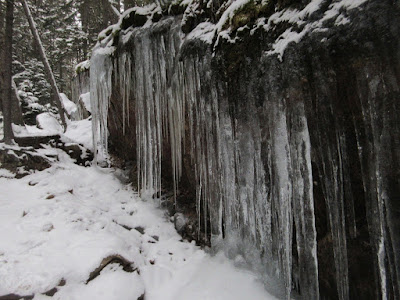 Looking back at Cone Mountain from the big ledge. 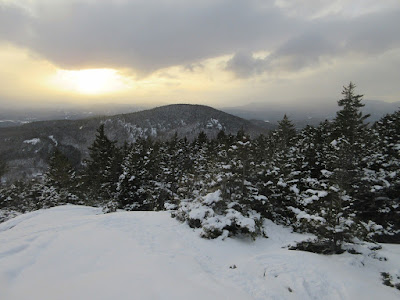 Broad view out to the Campton Range. 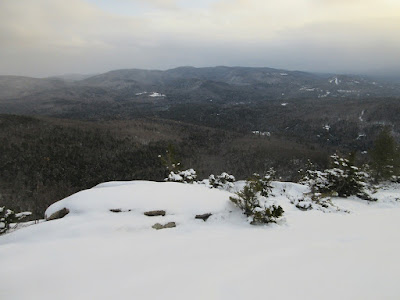 One of the more impressive ledges slabs anywhere in the Whites, looking up at Dickey and Welch. 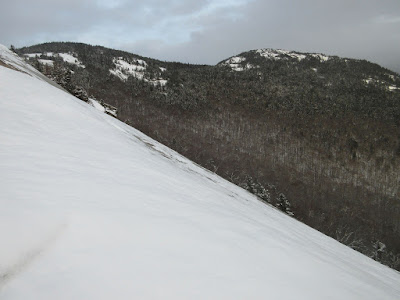 Skiers sometimes schuss down these ledges on the face of Dickey. 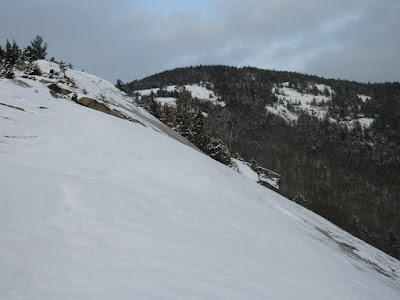 Across the Welch-Dickey bowl with the fuzzy ridges of Sandwich Dome beyond. 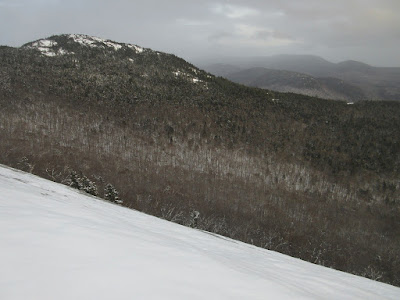 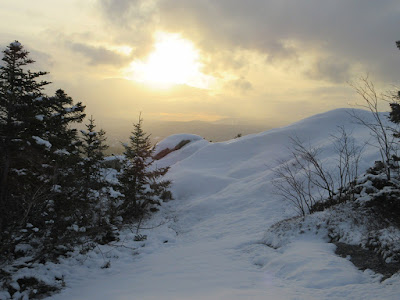 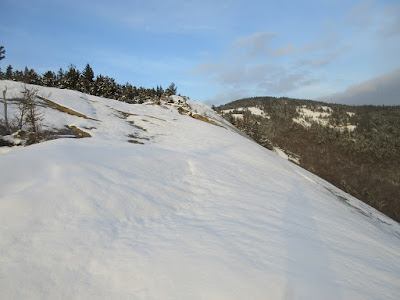 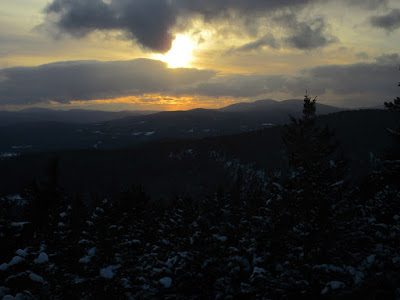 Descending in the hardwoods. 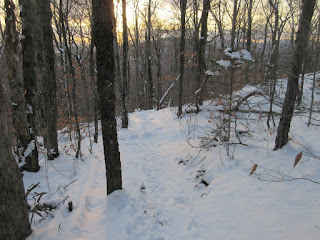