Carol and I enjoyed a leisurely jaunt to East Pond and Little East Pond on her last day of summer vacation. On this beautiful afternoon we saw no other hikers on the 5-mile loop. 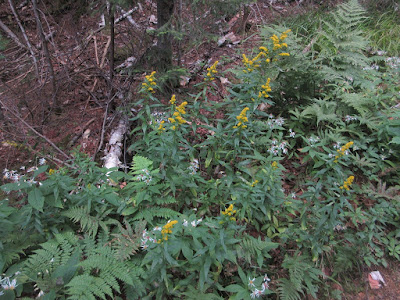 The south shore of East Pond is a wonderful spot to relax. 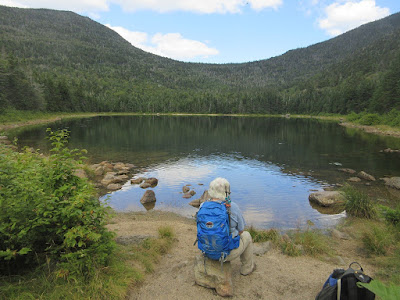 East Scar Ridge, a rather miserable bushwhack peak on the NH 100 Highest list. 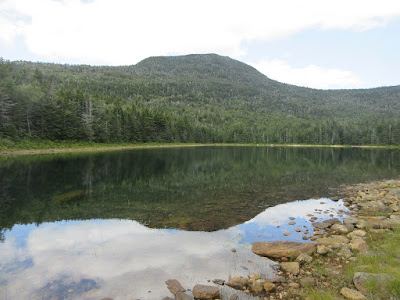 The remains of a dam used during the Tripoli Mill operation. From 1912-1919 Charles Henry, son of lumber baron J.E. Henry, oversaw the dredging of diatomaceous earth from the bottom of the pond. This material, consisting of fossilized diatoms (microscopic algae), is used as a polishing agent among other things. The material was transported down to the processing mill (near the East Pond/Little East Pond Trail junction) via a pipeline. Due to difficulties in separating the diatomaceous earth from other sediments, the operation shut down after just a few years. However, Henry's daughter Katherine held onto ownership of an 11-acre parcel around the pond until 1994, when it was finally acquired by the WMNF. 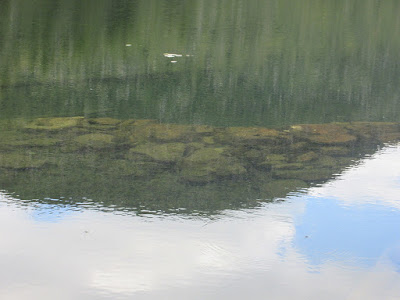 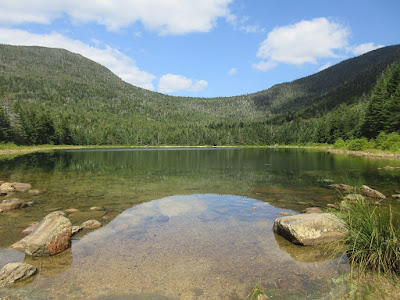 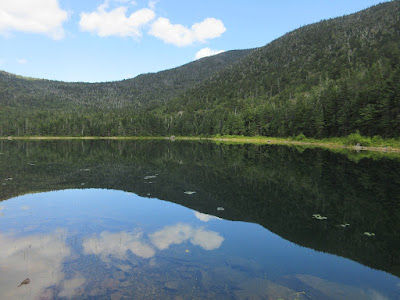 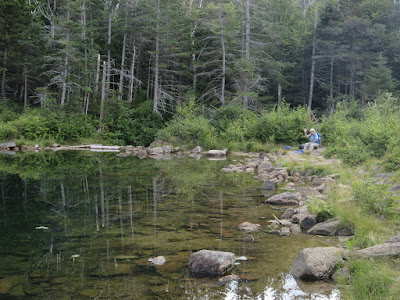 This is one of our favorite trails, meandering through a variety of wild forests along the southern flank of Scar Ridge. 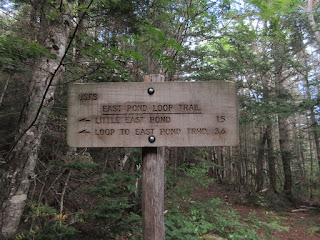 Along the East Pond Loop. 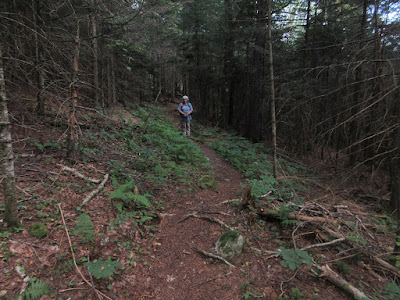 Ferns and birches - a touch of The Kilkenny. There's not much of this kind of good bushwhacking woods on Scar Ridge. 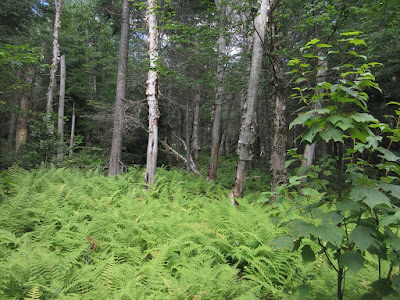 Little East Pond has a fine view up to Scar Ridge (left) and Middle Scar Ridge (right center). This spot has a real backcountry feel. Here we heard and then saw a Belted Kingfisher, which was surprising given the very shallow depth of this pond. 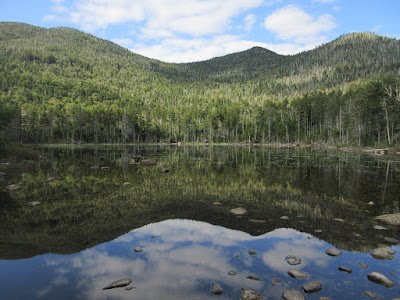 A wonderful old gnarled red maple on the shore of Little East Pond. 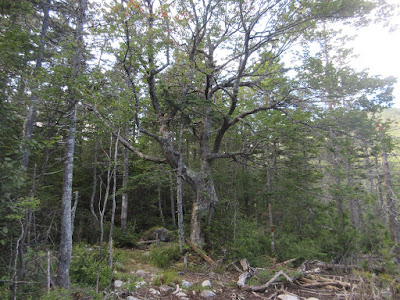 Ledges on Middle Scar Ridge. Up there you get a great bird's eye view of the pond. 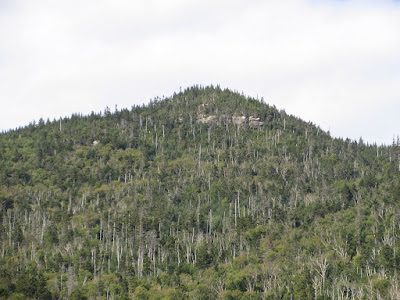 A massive blowdown on the Little East Pond Trail. 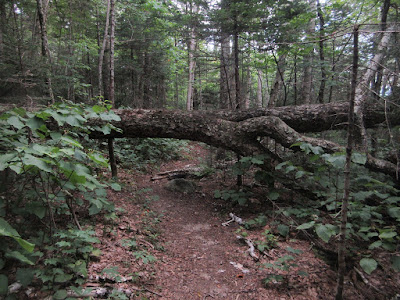 Clear Brook at the trail crossing. 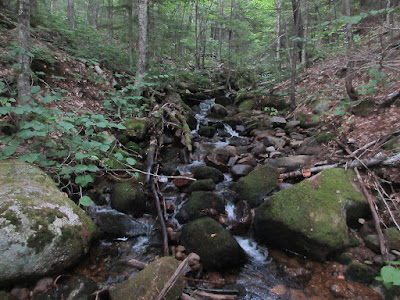 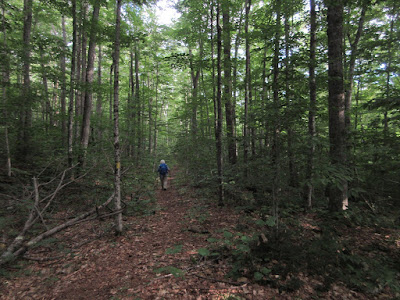