With a somewhat constricted time frame on a gorgeous sunny, springlike Town Meeting day, I took a new route to a favorite ledge I had just visited six weeks earlier. I got a late morning start after voting in the town election. This time, instead of approaching from the Smarts Brook area, I headed up the north ridge of Middle Acteon Peak from Rt. 49 near High Brook. It looked like a nice line on the USGS map, and it more than lived up to expectations. The woods started out open and stayed that way until just before the summit. Snow cover was pretty thin, but provided good snowshoeing on the way up, with wet new snow atop a solid base. Luckily the wet snow did not clump on the snowshoes. 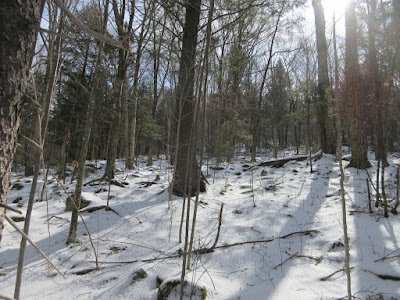 Welch and Dickey Mountains through the trees. 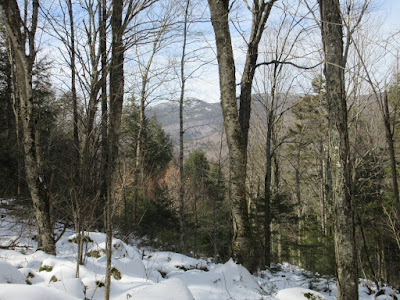 I climbed through this stellar open hardwood glade at around 2200 ft. Worthy of the Catskills. 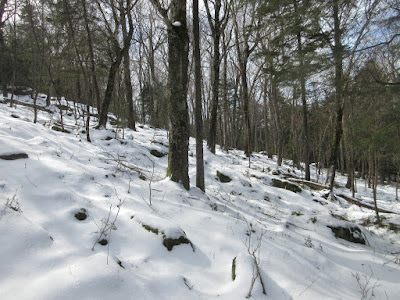 The route led through open spruces on part of the upper ridge. The snow cover was wafer-thin in here. 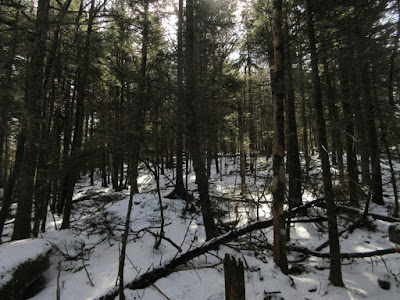 A neat layered ledge, again reminiscent of the Catskills. 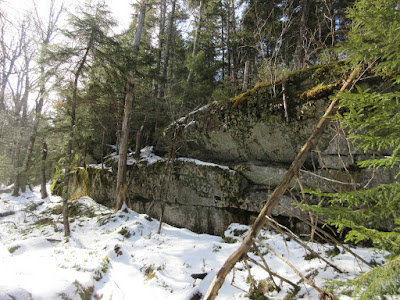 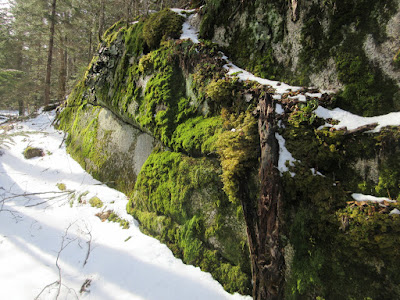 At 2400 ft. was another fine hardwood glade, with a filtered view of North Tripyramid and Jennings Peak. 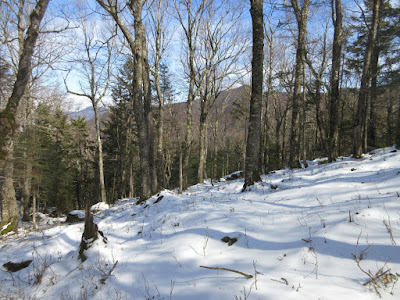 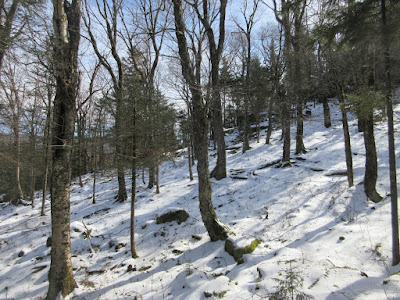 Spruce blowdown in the summit area. Within a few days there may be no snow at all up here at 2480 ft. 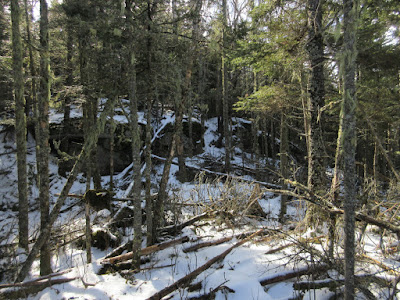 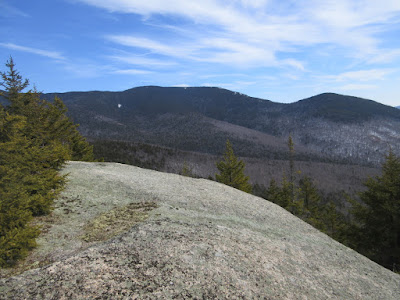 The Campton Range stretches out beyond the lower Smarts Brook valley. 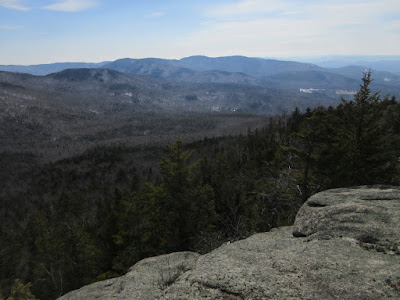 The lower Black Mountain, Sandwich Notch and the Squam Range. 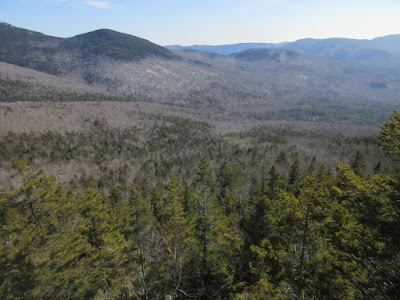 Earlier this winter I ascended the foreground ridge en route to Sachem Peak. 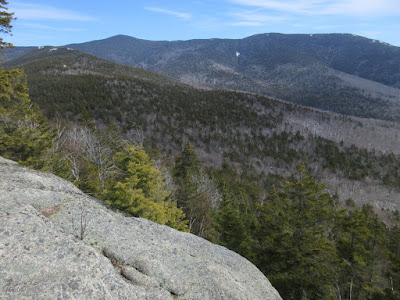 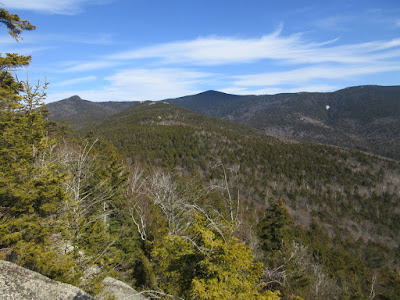 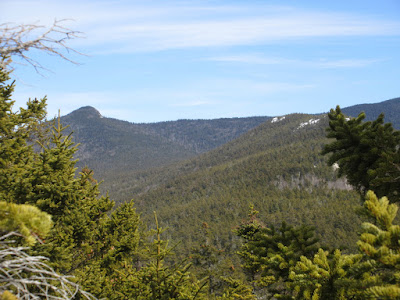 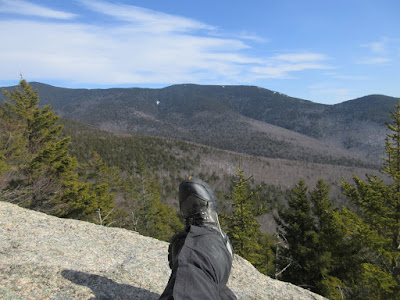 Melting snowshoe tracks show the way down. Miocrospikes were the choice for the descent in the now-slippery snow. 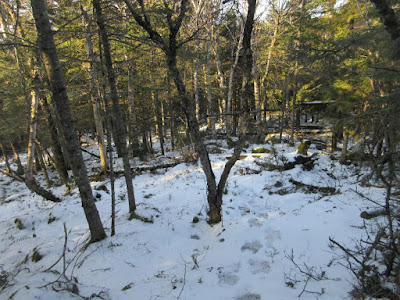 Late afternoon light, time to get back for Town Meeting! 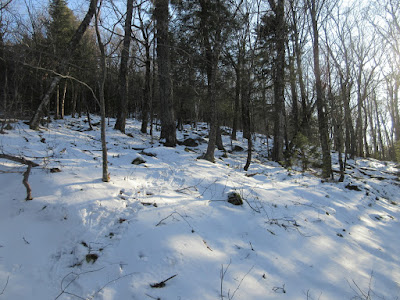