Firm, crusty snow conditions had set up for some possible decent bushwhacking, and a rare chance to use snowshoes this winter at lower elevations. I opted for a mellow, close-to-home whack I'd done a couple times before - from the east side of the Flume Covered Bridge up to a couple of meadow/ledge openings on the lower end of Hardwood Ridge, a western spur off the ridge between Mt. Flume and Whaleback Mountain. The meadows (elevation about 1950 ft.) are located at the small patch of spruce visible in the center of this photo taken from Mt. Pemigewasset. 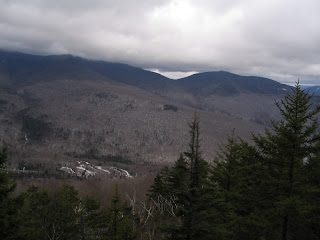 Even on a Friday, there were quite a few folks heading around the Flume-Pool Loop. Here Mt. Liberty rises above the Flume Covered Bridge, a classic White Mountain scene. 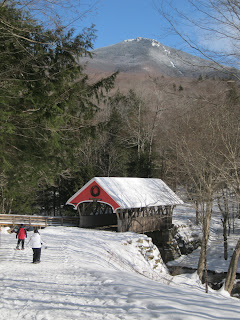 Looking up the Pemigewasset River from the bridge. 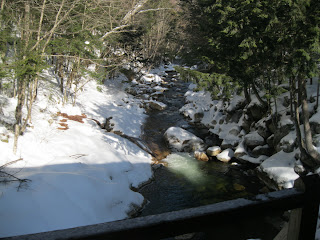 From the far side of the bridge, I headed up the slope and into the hardwoods. The crusty snow was pretty good for whacking - I was only sinking in a few inches in some spots and hardly at all in others. 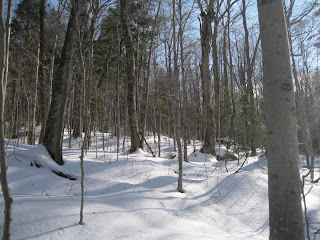 A big old sugar maple at about 1700 ft. The upper part of this route is in the "Pemigewasset Roadless Area," which wraps around the perimeter of the Pemi Wilderness. Of course, here there is highway noise coming up from I-93. 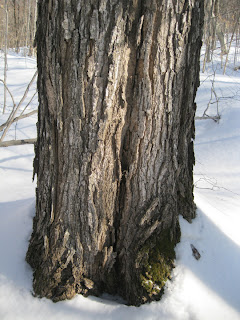 An old logging road cutting across the slope just beyond the big maple. 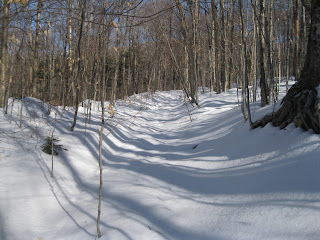 The hardwoods go ever on....though there were plenty of beech saplings to contend with. 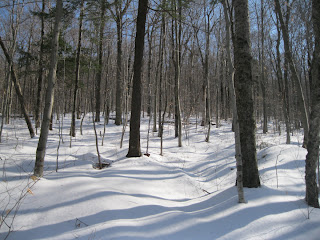 After a mile or so of slowly-paced whacking, finishing with a sidehill traverse, I reached the bottom of the upper meadow, a bright and cheery place in the midday sun. 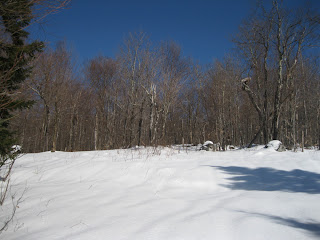 Just below is the lower meadow, tucked into the spruce patch. 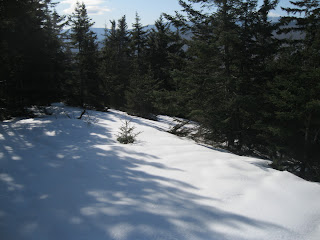 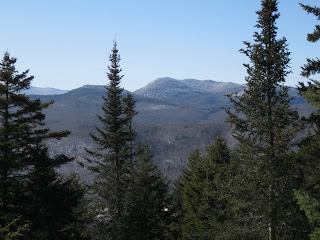 A closer look at Wolf and its long, bumpy northern ridgecrest. 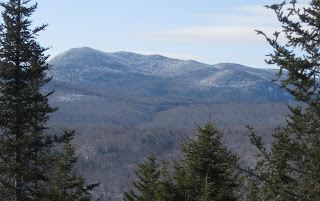 From the upper meadow, a view of cloud-capped Moosilauke. 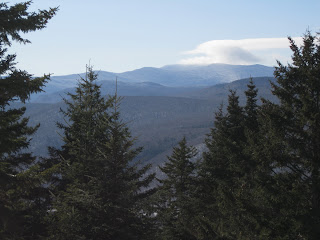 Here is the return view from Moosilauke. The spruce patch on Hardwood Ridge and a bit of the snowy meadows can be seen in the lower R part of the photo, centered amidst a vast hardwood area. 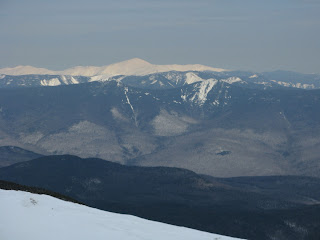 From the meadow, looking towards Mt. Waternomee and the Blue Ridge. 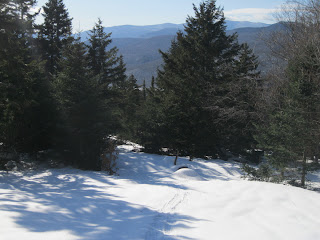 Leaving the bright sun at the upper meadow. 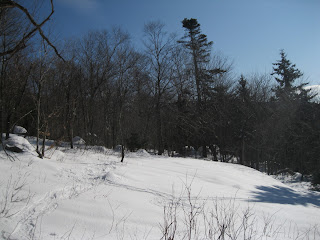 On the crest, Hardwood Ridge lives up to its name. 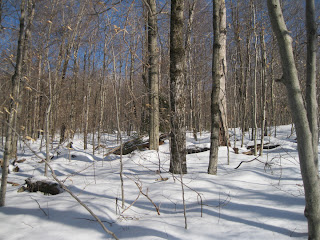 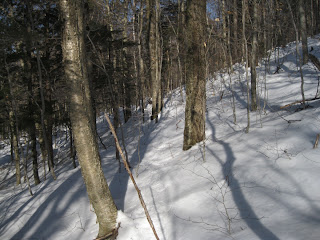 Following my winding snowshoe track on the descent. 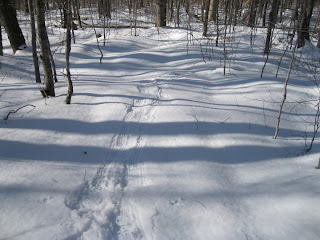 A random open pool of water in the forest. 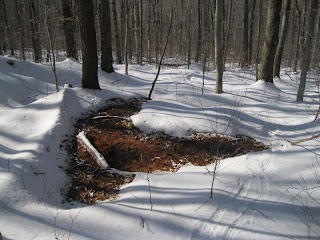 Part of the way down I paralleled a set of bear tracks. Perhaps the bruins are restless during this relatively mild and snowless winter. 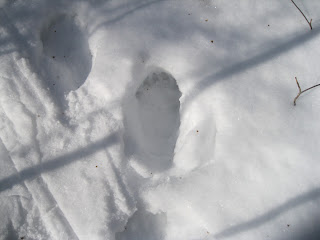 This is good bear territory, with lots of beeches. This photo of a bear tree was taken on a visit to Hardwood Ridge a couple of years ago. On that trek, I followed the ridge east to a 2300-ft. bump and a little ways beyond, near the upper end of the pure hardwoods on Hardwood Ridge. From there to the main ridgecrest could be quite a tussle through the conifers; at the top, you could swing north and connect with the upper Osseo Trail. Could make an interesting long loop, continuing over Flume and Liberty and back down to the Flume parking area. 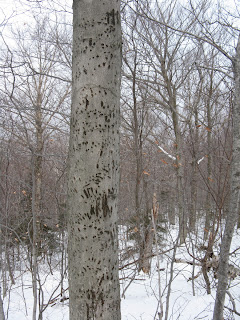