What an incredible string of days for winter hiking: sunny, 30s, and all the popular trails packed out as smooth snowy sidewalks. I figured the south-facing ledges atop Mt. Willard would be a fine place to bask in the sun and gaze out over Crawford Notch in comfort. I was not disappointed.

The Mt. Willard hike is 3.2 miles round trip with 900 ft. of elevation gain, at easy to moderate grades with nothing tricky - a good choice for hikers just starting out in winter, or for anyone looking for an easier jaunt. The trail ducks into the woods across the railroad tracks behind the Crawford Depot/Macomber Family Information Center. 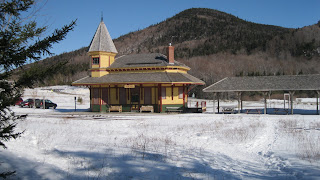 In 0.1 mi. the Mt. Willard Trail splits off from the Avalon Trail. 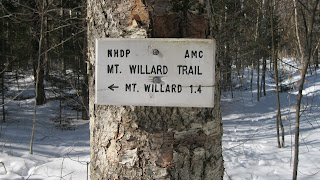 Sunny hardwoods at the bottom. The little brook that the trail crosses was completely buried. 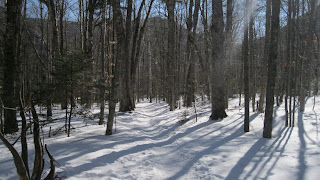 Centennial Pool is a nice little spot along the brook a half-mile up; a small cascade in summer. 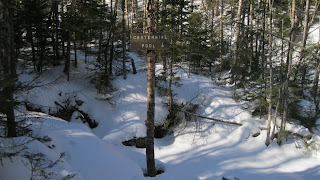 At 0.7 mi. the trail joins the old carriage road, originally built by innkeeper Thomas Crawford (Ethan Allen Crawford's brother) in the 1840s. In 1937 the CCC upgraded this road with the intent to make it passable for automobiles, but the 1938 hurricane damaged it so badly that the project was abandoned. 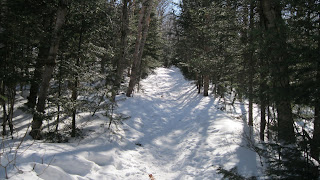 A glimpse of rugged Mt. Avalon through the trees. 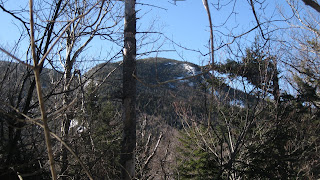 Down in the saddle between Mt. Willard and Mt. Avalon is a small open boggy area that the late Ray Evans, who grew up beside the railroad tracks at the base of Mt. Willard and knew every nook and cranny of Crawford Notch, called "Avalon Flats." I've visited this spot several times in winter, most recently with my wife, Carol, in 2008. That day we had a misty view up to Mt. Avalon from the bog. 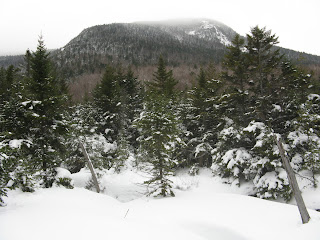 Nearing the top of Mt. Willard, the old carriage road leads through a tunnel of trees. 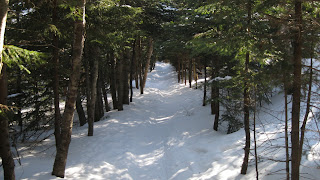 About 0.1 mi. before the top, there were tracks leading left along the old abandoned spur trail to the top of Hitchcock Flume. The spur trail was rough, and at its end rather dangerous for inexperienced hikers, with a big dropoff into the flume. 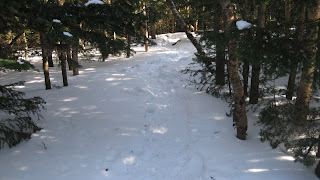 The Mt. Willard Trail emerges dramatically onto the clifftop ledges. 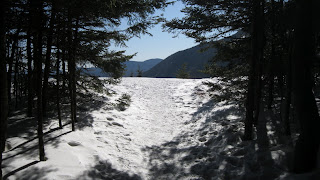 The wide-screen view down the gaping maw of Crawford Notch is, as they say, a "jaw-dropper," and has been extolled by writers since the mid-1800s. In a peculiar analogy, the classic White Mountain prose-poet, Thomas Starr King, wrote, "A man stands there as an ant might stand on the edge of a huge tureen."

The sun was balmy, and this ant basked here for an hour with no one else around. 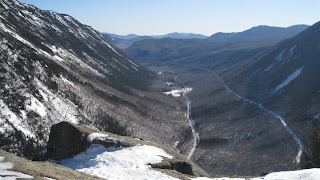 On the east side of the notch, the long line of battlements of the Webster Cliffs. 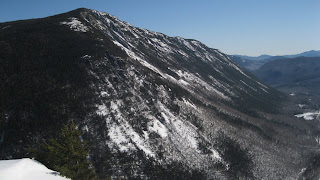 On the west side, the ominous slide-scarred mass of Mt. Willey. 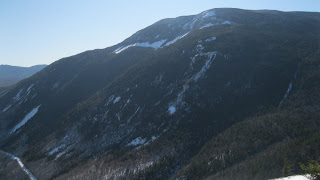 Looking across the Willard ledges to Mt. Field. 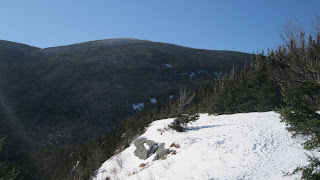 A dazzling down-look to Route 302. 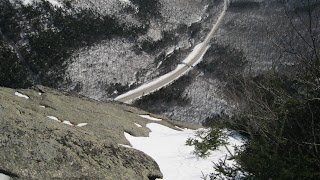 Looking left to Mt. Pierce with Mts. Eisenhower and Washington behind. 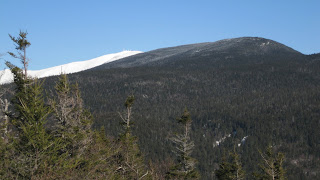 By dropping carefully down a bit you can see Mt. Clay and Mt. Jefferson. 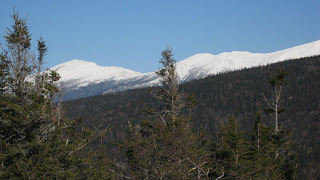 The little snow-cone of Mt. Jackson. 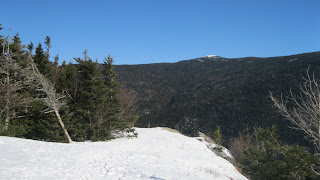 The slab known as the Willey Slide, where four ice climbers were ascending in the chilly shade. 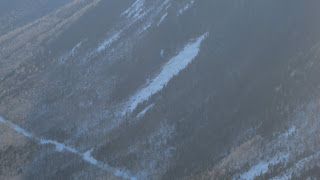 The notch view from a slightly different angle. 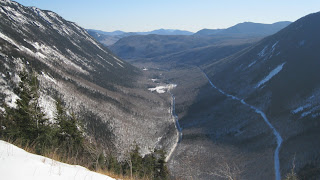 These two young and enthusiastic ice climbers came clanking up from the left, having enjoyed a several-hour ascent through Hitchcock Gully. They checked out the view for a few minutes, then headed down the trail. I followed shortly after them. The trail was perfect for an easy-on-the-knees descent. 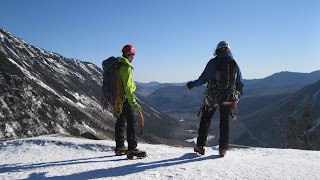 On the way home, I stopped to admire the classic view of the Mt. Washington Hotel - where I worked for a number of years in the 1970s and 1980s - and its magnificent Presidential Range backdrop. What a great day in the mountains! 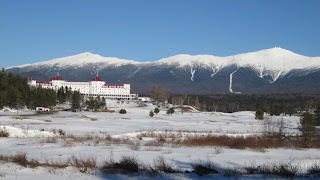