On a gorgeous sunny afternoon Carol and I snowshoed up the recently-reopened southern section of the Greeley Ponds Trail, and partway up the Goodrich Rock Trail. We started at the large Livermore Rd. parking area, where this sign notes that Livermore Trail and Tripoli Rd. are free backcountry access trails, no Waterville Valley trail pass required. 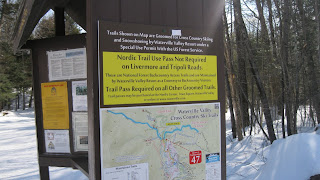 The first 0.3 mi. was on the groomed Livermore Trail, leading to the Depot Camp clearing. The little ledgy nubble of The Scaur can be seen to the L of center, with Flume Peak to its R. 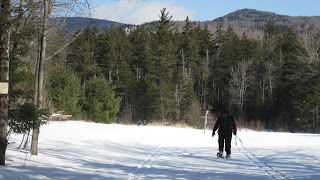 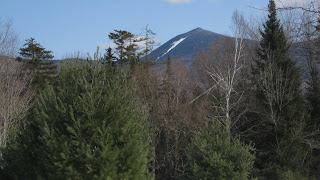 Greeley Ponds Trail was ravaged by Tropical Storm Irene, with the Mad River jumping its bank and flowing down part of the trail. The Forest Service has done some major restoration work, as indicated by these signs. The southern section, up to the Timber Camp Trail, has recently opened. The middle section of the trail remains closed. 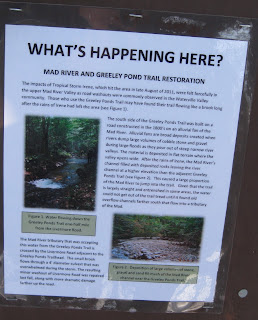 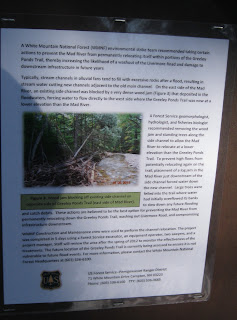 Lots of destinations from this trail junction. 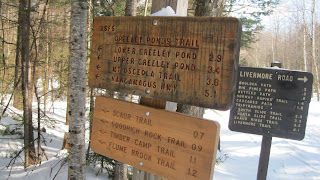 Carol inspects the damage from a major washout. 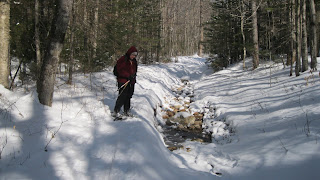 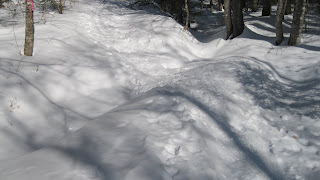 A snowshoe track parallels a trench. 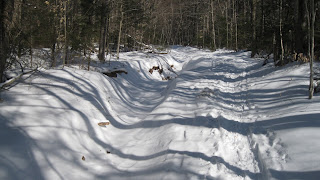 These felled trees are part of the restoration effort. 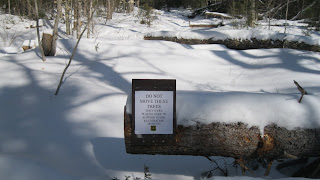 A peaceful scene along the Mad River. 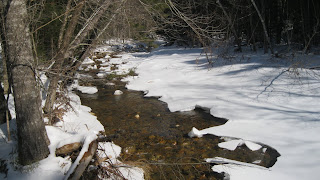 We turned L onto the Goodrich Rock Trail, one of the many wonderful short paths in the Waterville backcountry. 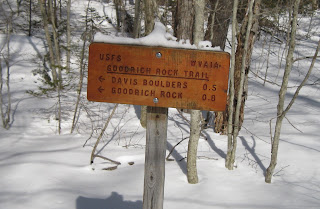 Carol took the lead, breaking trail up the steady grade of an old logging road. This was her first time on snowshoes since knee surgery almost exactly a year ago. She did great! 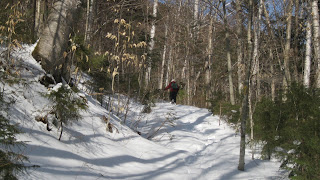 Not wanting to push too hard the first time out, Carol turned back partway up the trail. A job well done! 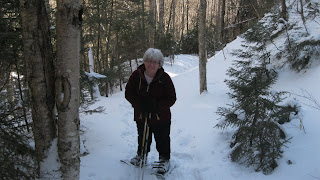 I continued another quarter mile up to the Davis Boulders, a neat collection of big glacial erratics named for their discoverer, J.W. Davis, a Watervillean of the late 1800s. The trail was originally laid out in the 1890s. 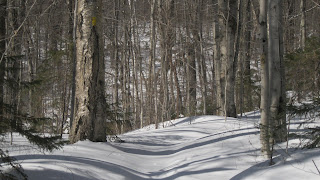 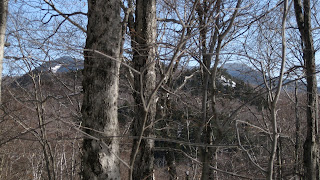 This trail is quite entertaining, leading through the crevices of this split boulder. 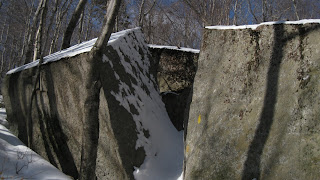 A short snowshoe scramble led into the crevice. 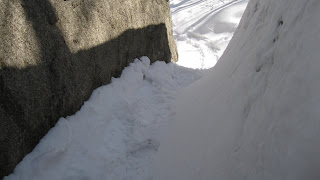 Exiting around the corner. 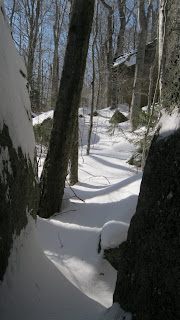 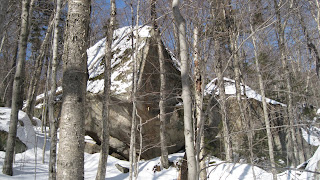 A WVAIA arrow points the way. 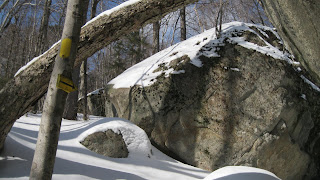 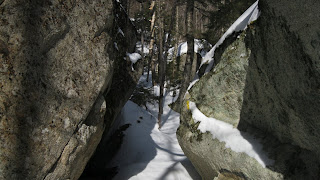 The trail squeezes through this boulder cave. With snowshoes on, I opted for an alternate route around. 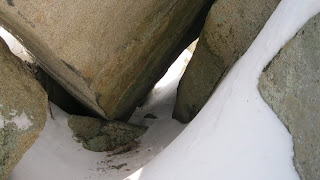 Perhaps the largest of the boulders, except for Goodrich Rock at trail's end, is this "ocean liner." I didn't go all the way to Goodrich Rock as Carol was waiting below on Greeley Ponds Trail, and in any case I don't like climbing the 20-ft. ladder to the top of the rock in the snow. 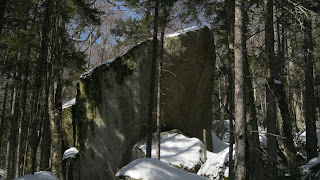 A dry seat for a quick bite to eat. 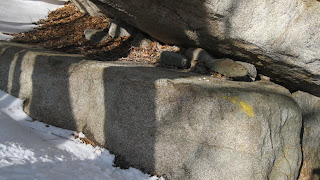 The winding track through the Davis Boulders. 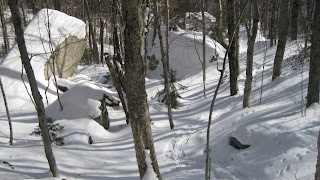 On the way back along Greeley Ponds Trail, we made a short side excursion on the Scaur Trail to its crossing of the Mad River, where this scene awaited, looking upstream. 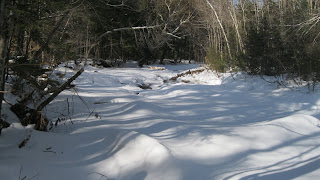 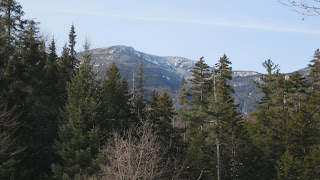 On the Livermore Trail, at the end of a fine snowshoe hike. 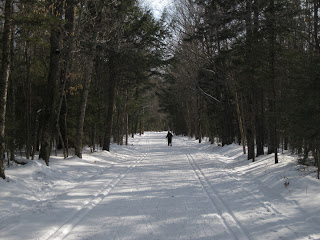