With a forecast for light snow moving in, it seemed appropriate to climb Snows Mountain in Waterville Valley, a nice woodsy hike with a few partial vistas. By adding in a couple of other local trails on the descent, I was able to fashion an enjoyable five-mile trek.

The trail starts out with a stiff climb up an open ski slope, no longer used for skiing. The sun was still out in the morning, and from the slope there was a good view of Mt. Tecumseh, with ski area snow guns blasting. 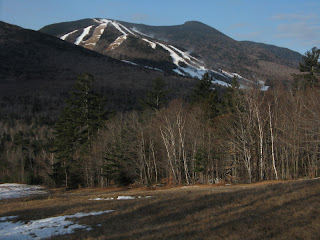 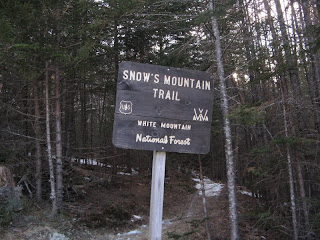 The Waterville area didn't get much snow from the "Blizzard of 2010," and after the New Year's thaw there was mostly bare ground in the woods. Even up on the ridge at 2700 ft. there were only patches of crunchy snow mixed in with the bare ground. 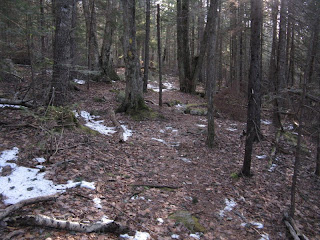 The Snows Mountain Trail meanders along the ridgecrest for a good distance. By exploring off-trail on the north side I found this peek at South Tripyramid. 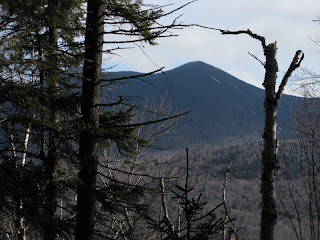 The trail crosses an attractive hardwood col before the final climb to the loop junction, passing one of my favorite trees. 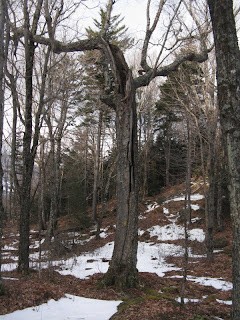 From the loop junction a spur path leads to the upper outlook of Snows (which is still a mile short of the true summit). There's a nice hangout ledge, but the view is limited. 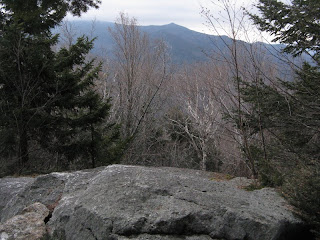 Standing, you do get a good look at Jennings Peak with Noon Peak below. 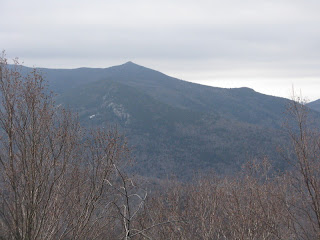 I dropped down a short distance on the south loop to the more open lower outlook, which gives a nice perspective down the Mad River valley. 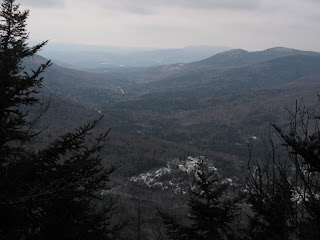 A zoom on Welch (L) and Dickey (R) Mountains. 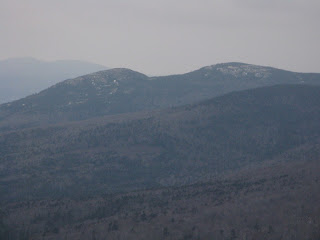 I made a steep, sketchy bushwhack down to a point near the top of an open crag on the side of Snows Mountain that can be seen from down in town at Waterville Valley. The snow was moving in, fuzzing out the views, but I did get a look across the Snows Brook basin to Sandwich Dome (summit socked in), Jennings and Noon. 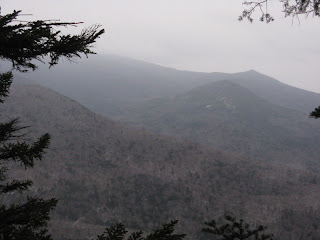 To the west there was a bird's eye view of the town of Waterville Valley. 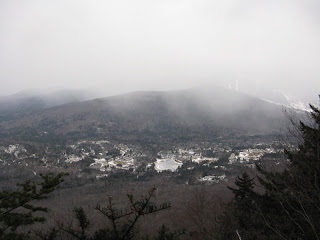 I climbed back to the north loop of Snows Mountain Trail and descended that way. Towards the bottom I branched off on the Greeley Ledges Trail, which climbs to the top of the old Snows Mountain ski lift. 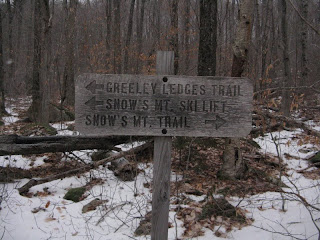 This short path climbs through an attractive hardwood glade, passing this interesting boulder. 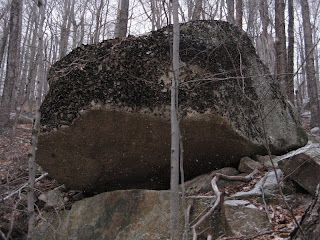 Entering spruces, it brushes by this neat heavily jointed ledge. 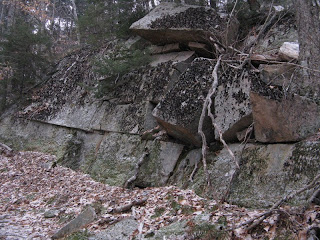 Greeley Ledge is a fine perch, but the view is very limited; on a clear day Mt. Tecumseh can be seen over the treetops. At one time this was probably an excellent viewpoint. 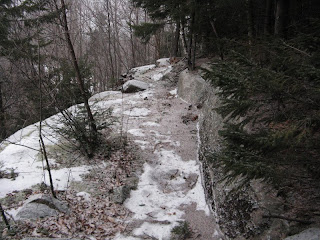 From the top of the ski area I veered onto the Elephant Rock Trail, another one of the delightful short paths around Waterville. 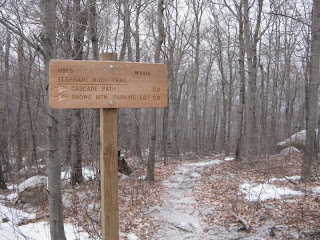 Elephant Rock apparently was once more elephantine when a tree formed a trunk. It's still an unusual and interesting large boulder. 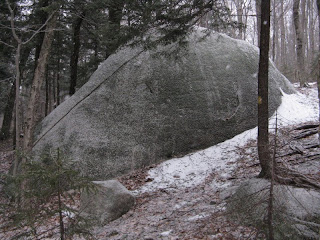 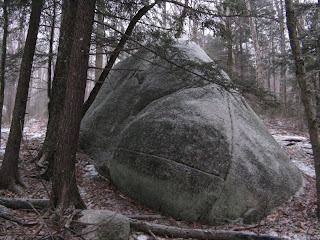 A half-mile descent on the Cascade Path and adjacent road completed the loop over Snows Mountain, as the snow began to fall more steadily.
Posted by Steve Smith at Friday, January 07, 2011