Over more than four decades of hiking in the White Mountains, I had never climbed Mt. Prospect (2064 ft.), a once -renowned little peak in Holderness, just  west of the south end of the Squam Range. It took the placement of two relatively new geocaches there by "barefoot gal" (thank you!)  to pique Carol's interest in climbing this peak. I readily signed on to the idea. The mountain is located on private land, some of which is under conservation easement, and the trail up it is not officially maintained and is not included in guidebooks; it is primarily a "local's hike." It turned out to be a very enjoyable trek on a well-used and well cared for trail, with some nice views near the top.

From roadside parking on Mt. Prospect Road in Holderness, we found the trailhead cache and then followed the main trail as it climbs moderately for the first mile on an old woods road with unusually good footing. There is much beautiful hemlock forest along this section. Various side paths intersected along the way. They  had the look of mountain bike paths, but recent signage at the trailhead prohibits the use of bikes. 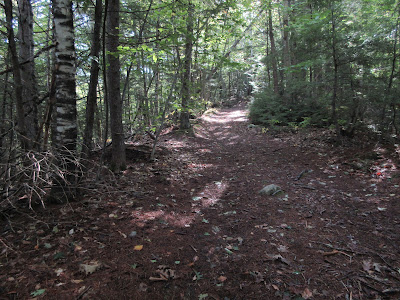 Higher up, the route becomes more of a foot trail, and the woods transition to open spruce forest that has the look of old pastureland, similar to that found in some areas of Sandwich Notch, though we saw no stone walls. 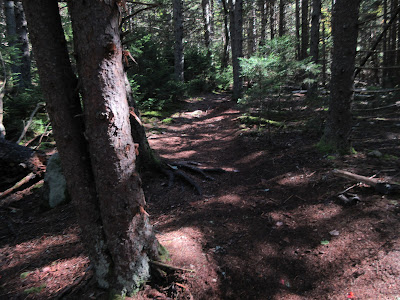 Partway along the right hand fork of a loop over the summit, a side path leads to this nice open ledge with a view southeast over the Lakes Region. From here, beyond the south end of the Squam Range one can see the Ossipee Range, Red Hill, parts of Squam Lake, a spread of Lake Winnispesuakee, the Belknap Range, and assorted hills in southern New Hampshire. 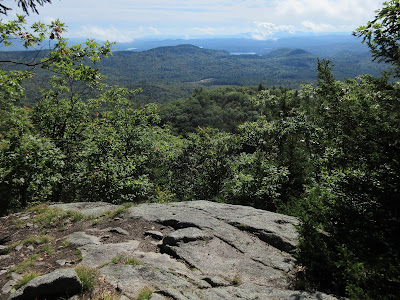 Along the summit crest the loop passes through this attractive red maple and fern glade. 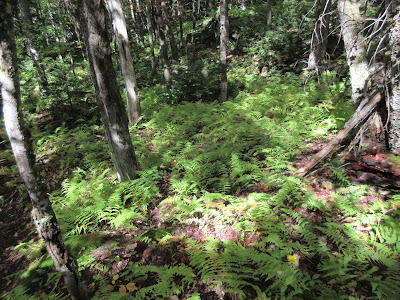 The trail crosses another ledge with a more restricted view. 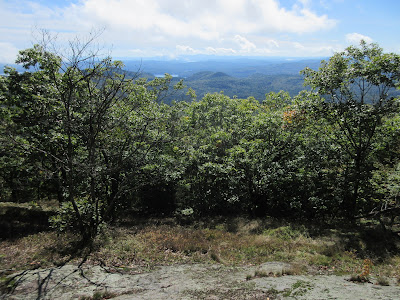 After reaching the wooded summit, where there is a U.S, Coast & Geodetic Survey benchmark, Carol dashed off and quickly found the summit geocache. 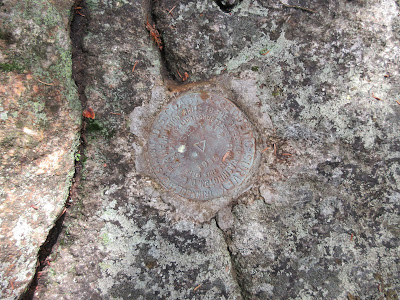 We then followed a ~0.1 mile spur path downhill to the north to a limited view north to several White Mountain peaks; this photo takes in Scar Ridge, North Twin, South Twin, West Bond and West Tecumseh. Also visible from here are the Franconia Range peaks, Mt. Garfield and Owl's Head. In the late 1800s, the summit area of Mount Prospect was open, presumably cleared for pastureland, and the view was accounted one of the best in the region. Moses Sweetser's classic guidebook, The White Mountains: A Handbook for Travellers, first published in 1876, included a 1 1/2 page description of the view from Prospect, plus a fold-out panoramic sketch identifying the visible peaks. Professor Joshua H. Huntington, a key contributor to Sweetser's guide, listed Mt. Prospect as one of his choices for the six best viewpoints in the Whites. 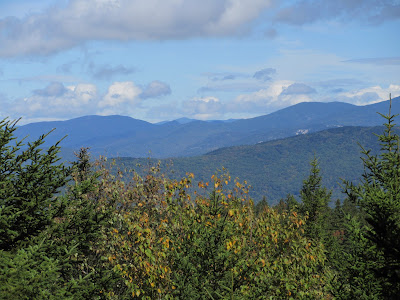 From here I followed a steep and narrow continuation of the spur path down to an excellent open eastern and northeastern view ledge. 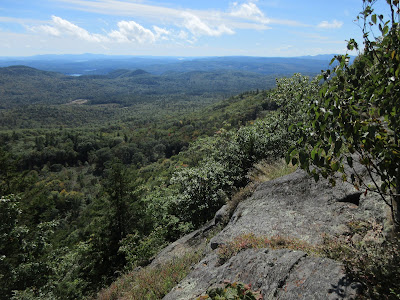 The Squam Range rises beyond a spur of Prospect known as "The Button." 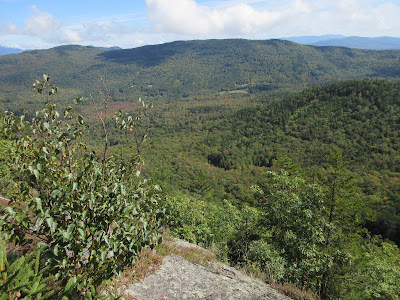 The broad mass of Sandwich Dome rises to the northeast. Mt. Whiteface, wreathed in cloud, is seen in the distance. 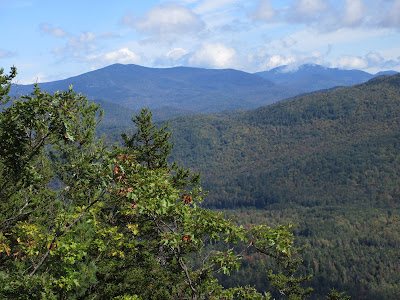 We then headed back to the southeastern view ledge along the summit loop, and relaxed for a long time in the sun on this fine early fall afternoon. 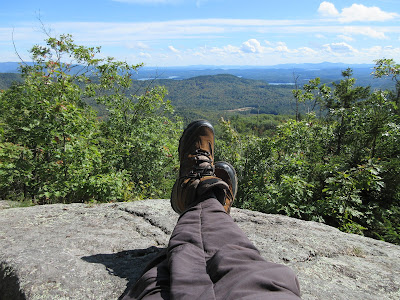 Parting shot before an easy 1.6 mile descent back to the trailhead. 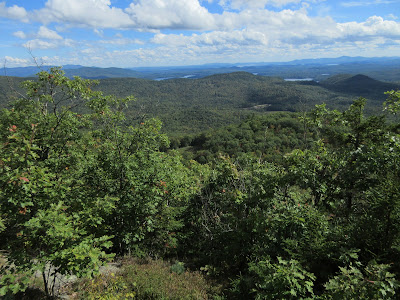