A slide-and-woods climb in the Gorge Brook valley on Mt. Moosilauke, on a foggy, muggy morning.
The Gorge Brook Trail is newly blazed in blue! Quite a change from the Dartmouth Outing Club's orange-black-orange blazes. Blue is the blaze color for trails that intersect with the Appalachian Trail; perhaps this will help a few thru-hikers avoid taking the wrong trail down off the summit. 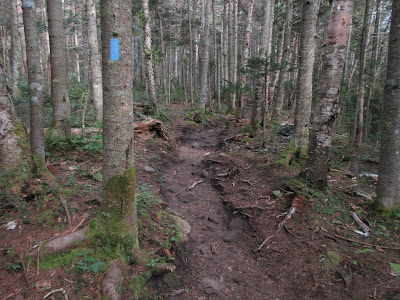 "Last Sure Water" - the slides are across the valley here. 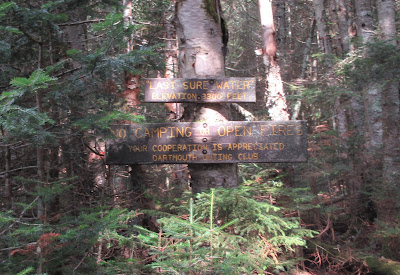 Nice woods in this broad part of the Gorge Brook valley. 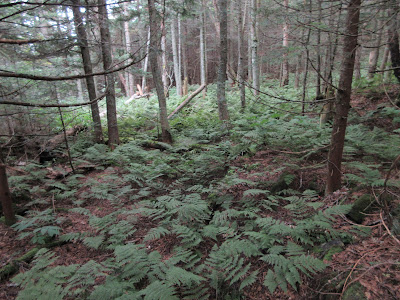 I bushwhacked up the valley past the runout of the slide followed by the abandoned Dartmouth Outing Club (DOC) Gorge Brook Slide Trail, and ascended steeply through the woods along the next slide track to the north. I popped out for a look at this nearby mossy track, still more to the north. 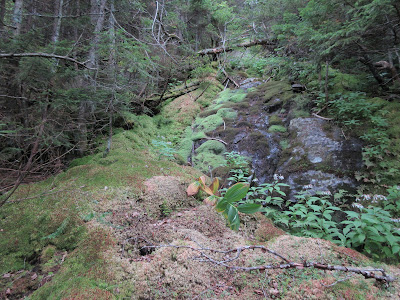 I bypassed the first steep, wet slab on the main slide and returned to it for some scrambling on a dry, grippy ledge section. My best guess is that this slide fell in 1938 or 1942. 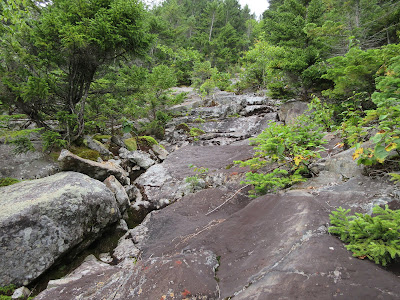 Continuing up to some more ledges. 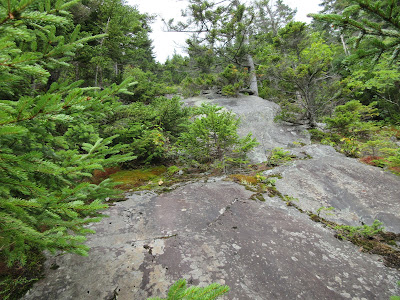 The largest open ledge patch on the slide, at ~3700 ft., looked too wet and dicey to climb. 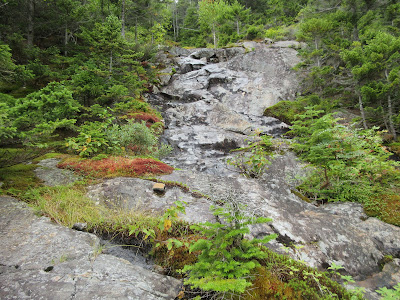 I looped up and around through the woods and came out on top. 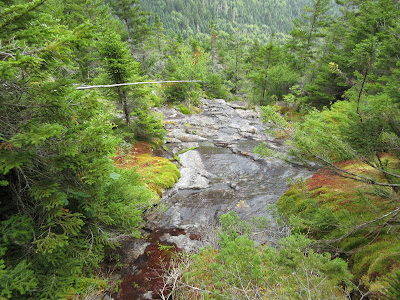 The views were foggy on this morning. 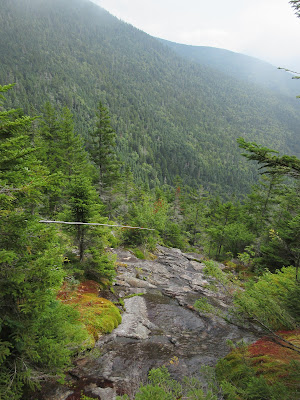 From here I bushwhacked south across the steep wooded slope. 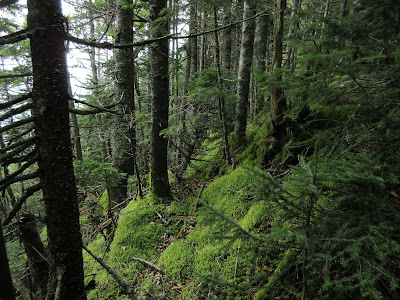 I emerged most of the way up the most open of the Gorge Brook slides - the one followed by the Gorge Brook Slide Trail. It fell during the November 1927 storm. The Gorge Brook Slide Trail was opened by DOC in 1966. It was "intended to be used in only one direction - uphill." The AMC White Mountain Guide noted that it afforded "more of a challenge than most trails in the area, because of its steep and rocky terrain." It was abandoned in 1980, though parts - but not all - of the trail can still be found and followed. Adding to the navigational challenge are the several adjacent old slides on this wall of the ravine. Its extreme steepness and sometimes obscure route make it suitable for experienced off-trail hikers only. 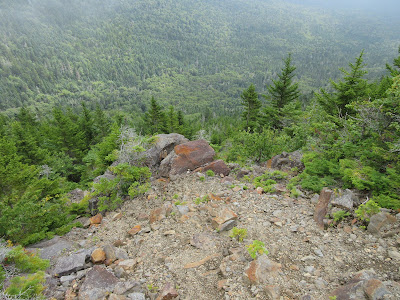 A few old DOC blazes remain, but there are several points where the route of the old trail is quite difficult to discern. 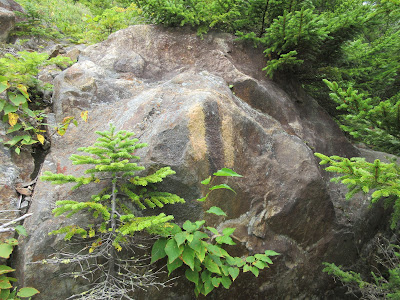 The upper part of the slide is a mix of ledge and scrub, with a few tricky scrambles. 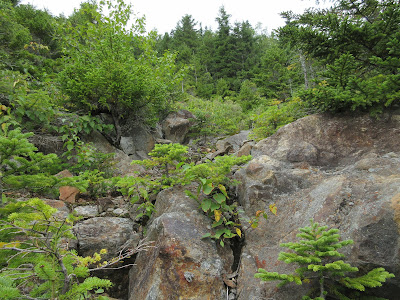 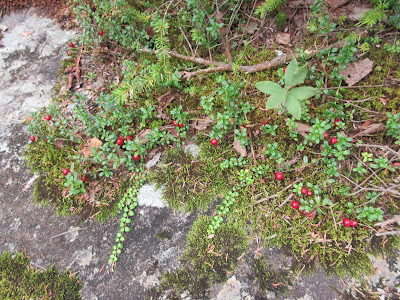 Glacial striations are evident on one of the upper ledges. 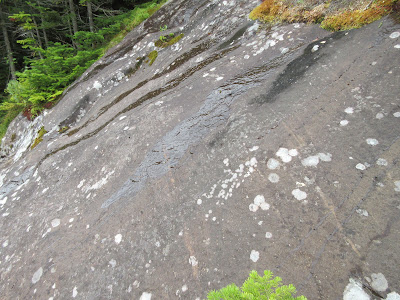 Above the slide I ascended the obscure route of the old trail for a while, then lost it and bushwhacked up through open woods to the Carriage Road. 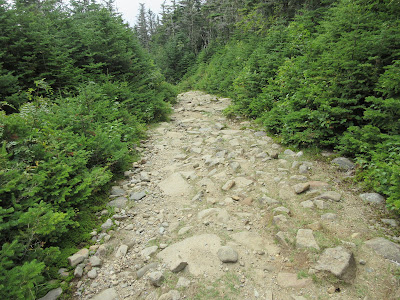 Near the Carriage Road are the collapsed remains of the DOC's Wadchu Shelter, built in 1935 by DOC members at the top of the famous Hell's Highway ski trail. It was leveled by the 1938 hurricane and never rebuilt. The hurricame also triggered a slide in Gorge Brook ravine that obliterated part of Hell's Highway. 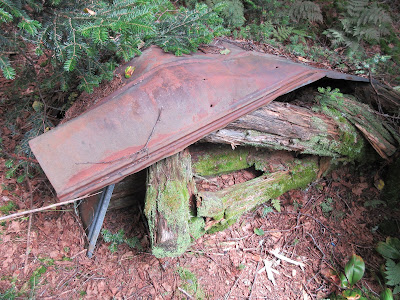 The sun came out as I descended along the pleasant Snapper Trail. 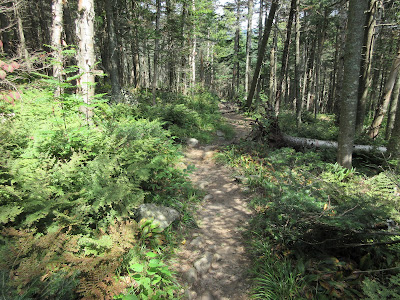 A bright garden in front of the Ravine Lodge, which was closed in preparation for two weeks of Dartmouth First Year Trips. 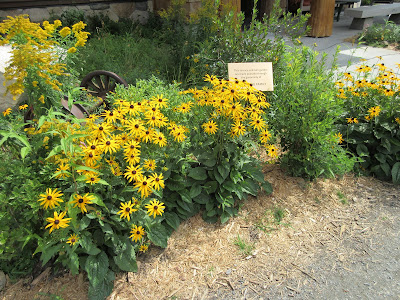