Headed into Mad River Notch on a gorgeous early winter afternoon for a visit to longtime favorite Greeley Ponds and a then a scrappy and familiar bushwhack to an open slab on the 1897 East Osceola slide above Lower Greeley Pond.

The extended thaw followed by a hard refreeze made for some lousy conditions on parts of the trails, with many frozen boot prints. 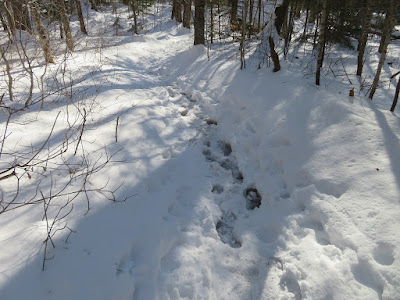 The rugged mass of East Osceola seen from the east shore of Upper Greeley Pond. I went along the edge, not wanting to chance going out on the middle of a 28-foot deep pond after a thaw. 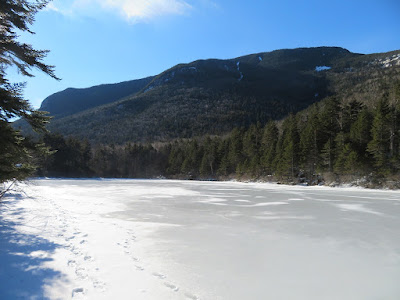 The NE cliffs of East Osceola. 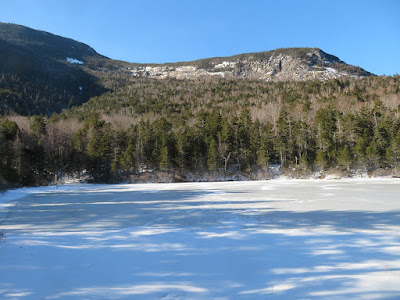 A solid, smooth track on the trail between the ponds. 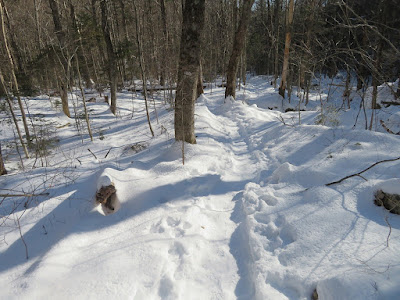 The west knob of Mt. Kancamagus and the K2 Cliff, seen from the edge of Lower Greeley Pond. 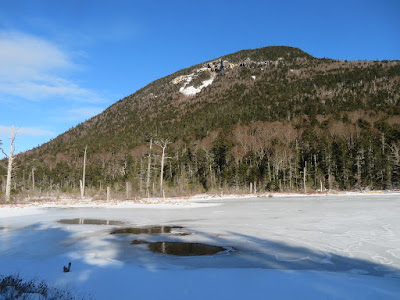 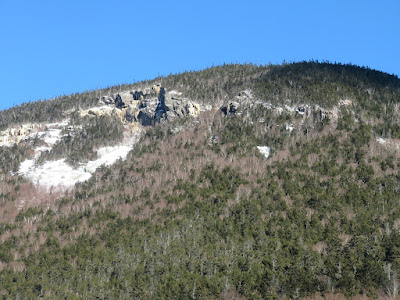 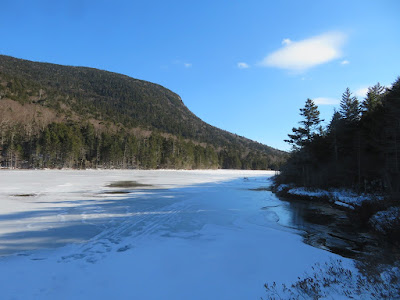 Mad River Notch in profile from the south end of Lower Greeley Pond. 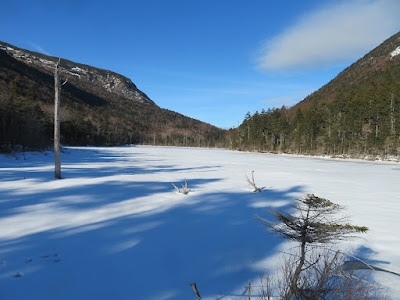 Heading into the woods on snowshoes for the bushwhack to the open slabs on the slide that fell off the face of East Osceola in 1897, partly burying Lower Greeley Pond. The terrain is gentle for a short distance.... 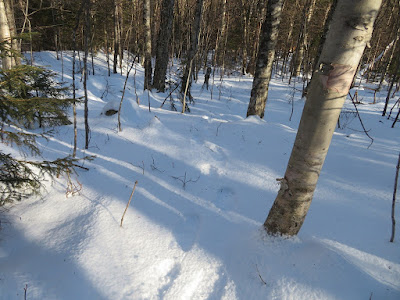 ....and then becomes steep, as one would expect next to a slide. 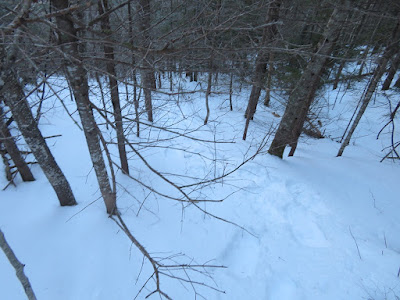 Emerging at the edge of the open slab on the slide, peering down at Lower Greeley Pond. 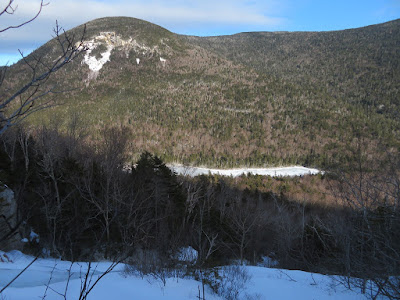 Ice patterns on the slide. 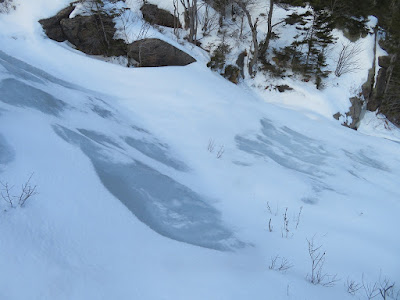 Zoom on the wild K1 Cliff on Mt. Kancamagus. 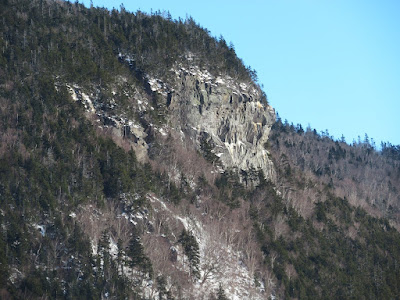 Mt. Tripyramid in the distance. I've probably been to this spot 8 or 10 times over the years. Though it's a tough little bushwhack, the view is always ample reward. 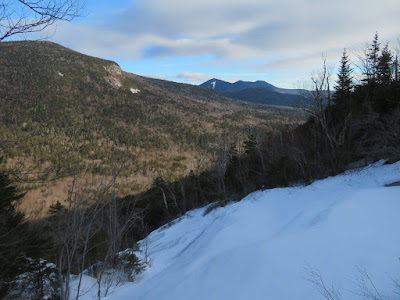 One of the nicest views of the Tris. 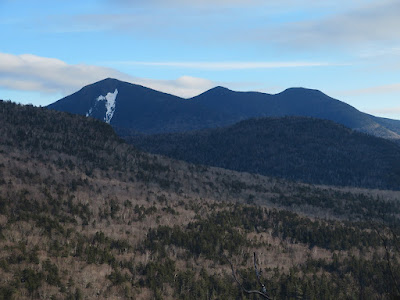 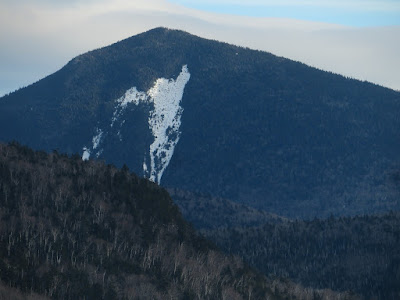 View from a lower perch, looking across a very steep icy pitch on the slide. 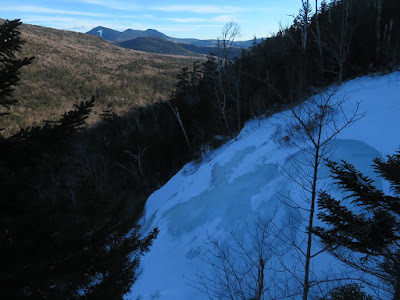 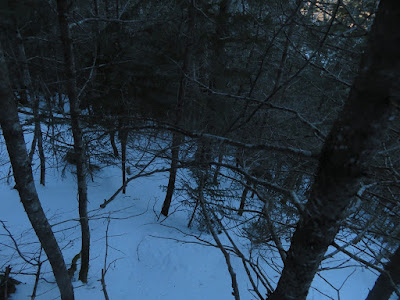