I spent two fine November days exploring the long ridge that rises east from the ledgy nubble of The Scaur in Waterville Valley. Eventually, after 2 1/2 miles, this ridge culminates in Scaur Peak, the NW spur of North Tripyramid.
On the first trip I headed out on Livermore Trail and then up the historic Kettles Path, opened around 1890 by Arthur L. Goodrich. It its upper section (originally part of the Scaur Trail),  there is some excellent rock work. 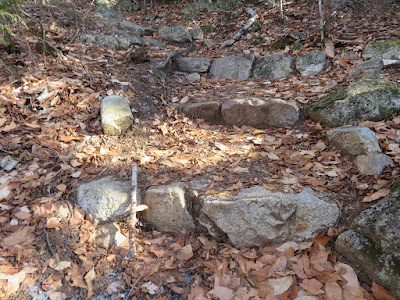 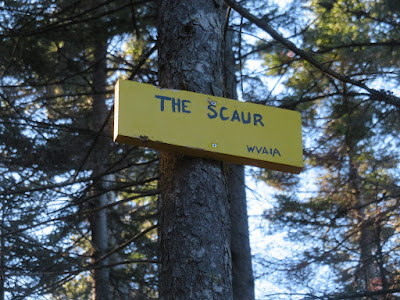 It's one of the great spots in Waterville Valley, and I visit here several times a year. Sandwich Dome and its several spurs dominate the view to the south. 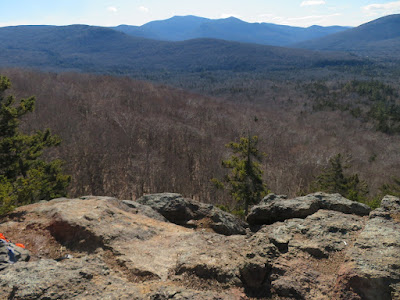 Middle and South Tripyramid and West Sleeper rise to the east. 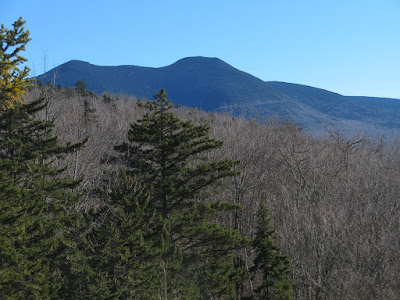 Mt. Tecumseh closes in the valley on the SW. 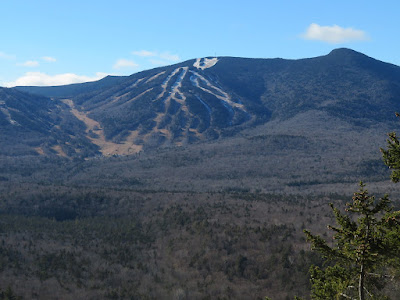 Peering down at the hardwood forest below. 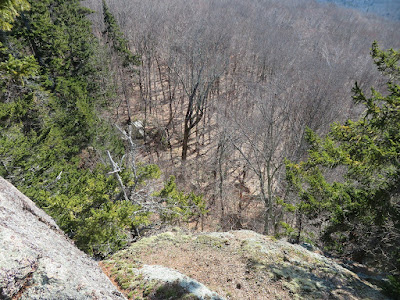 From a rather precarious perch on the west side, East Osceola and the Painted Cliff loom large. 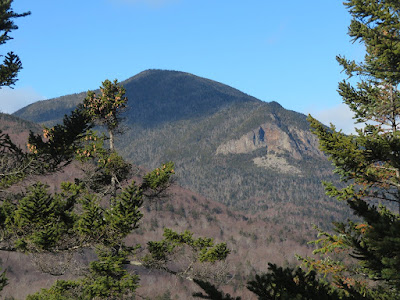 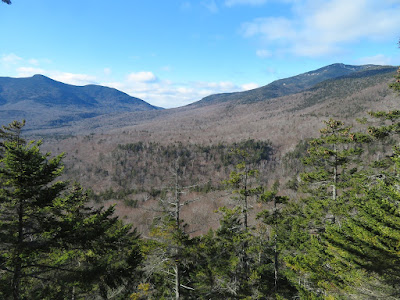 Profile of Osceola. The tip of the big Southwest Slide can be seen on the far left. 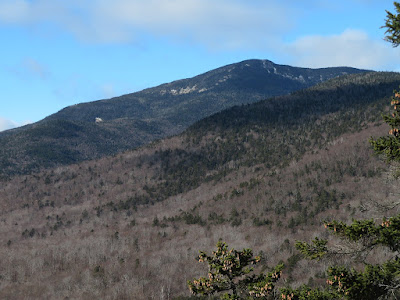 On to Irene's Path, opened in 2014 to  replace the storm-damaged Flume Brook Trail. 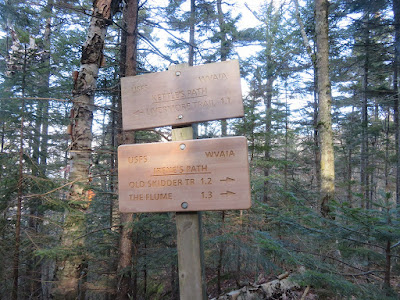 Waterville Valley's Rock of Gibraltar looms over the trail. 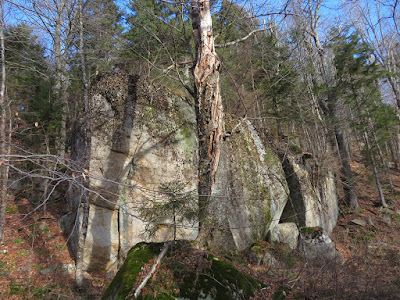 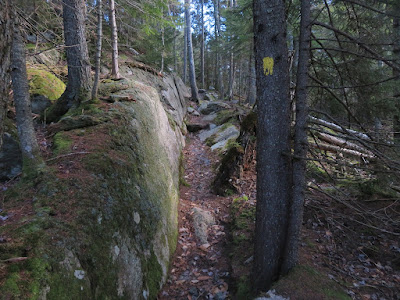 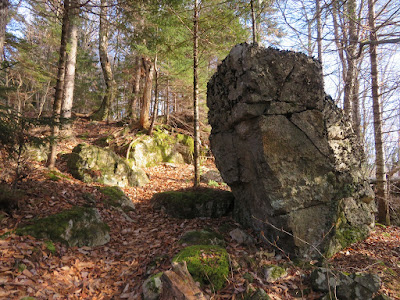 Nice feeling of remoteness in the Waterville backcountry. 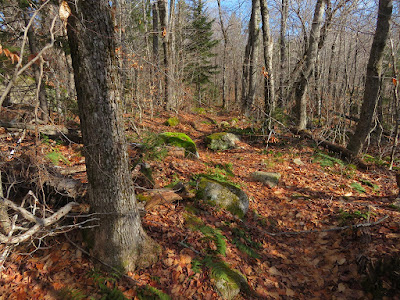 After 0.6 mile Irene's Path drops north off the ridge down towards the Waterville Flume. I continued off-trail, eastward along the crest, passing through this open sugar maple glade. 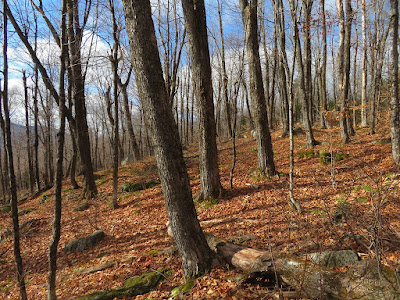 This shelf at the base of a very steep shoulder might have been a high old logging road. 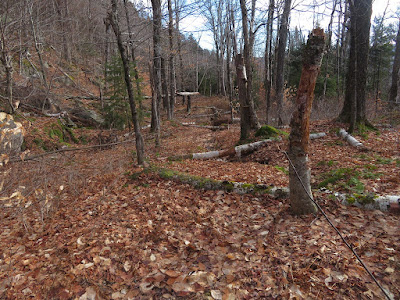 I skirted to the south to avoid some dense spruce and ascended the steep slope through hardwoods, switchbacking to cut the grade. 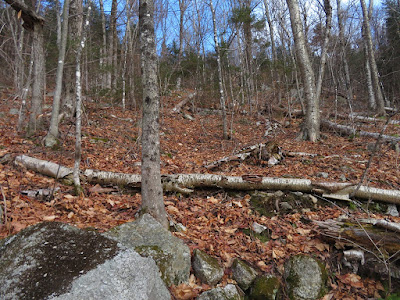 Reaching the broad crest of the upper ridge at 2750 ft. 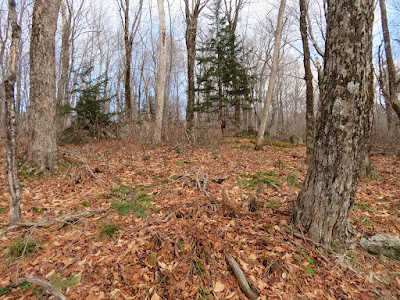 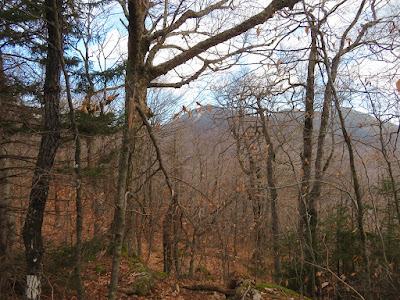 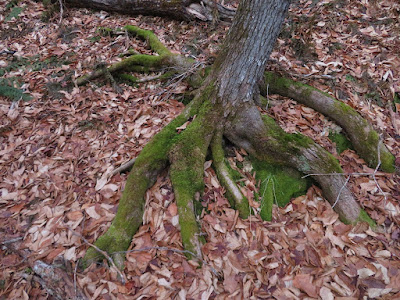 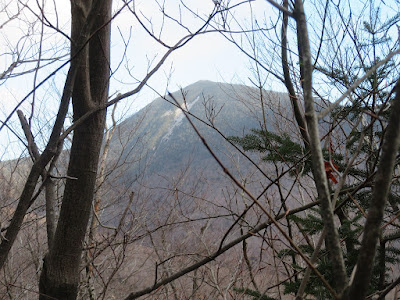 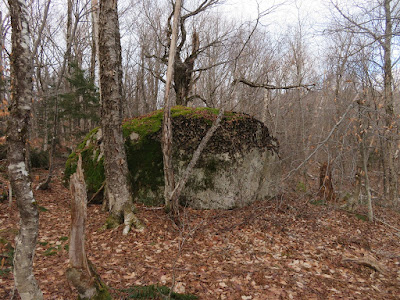 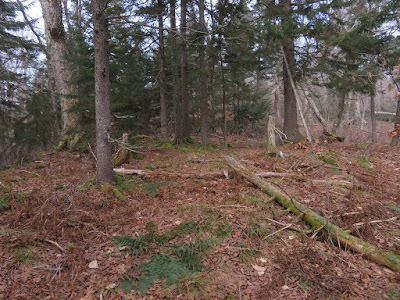 After whacking a mile or so along the ridge, I reached the Livermore Trail just south of the Old Skidder Trail junction and began the easy 4 1/2 mile walk back to the trailhead. 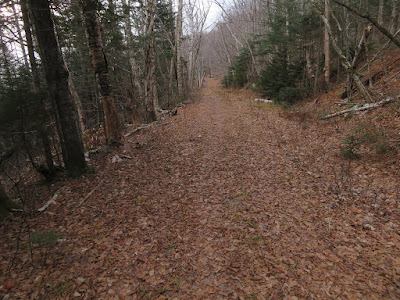 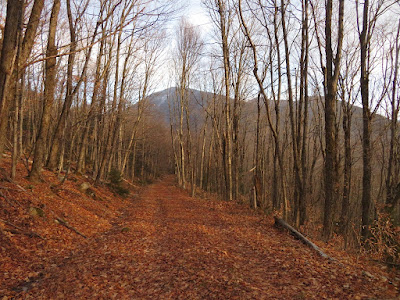