Mid-October is a prime time for walking through hardwoods, when the forest is golden overhead and underfoot. One of my favorite hardwood routes follows the Livermore Trail and Mount Tripyramid Trail out towards South Tripyramid. Hardwoods predominate all the way out to the South Slide, which can then be climbed for expansive views.

My objective, South Tripyramid, could be espied from the clearing at Depot Camp, near the start of Livermore Trail. It is the most remote of the three Tripyramid peaks, requiring a five-mile approach from either the Livermore trailhead or the Kanc Highway. 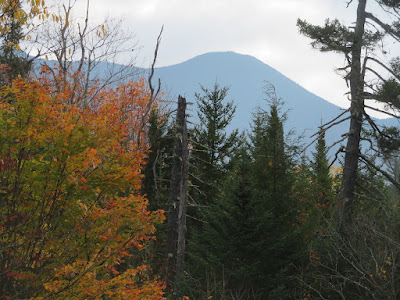 Fallen leaves fringe Slide Brook as it slithers down towards White Cascade. 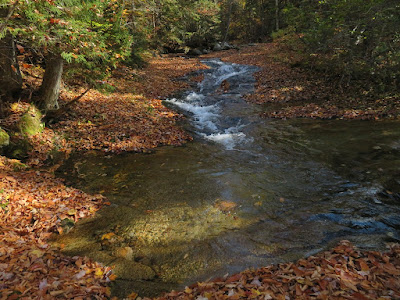 Along Livermore Trail, glorious gold under some unexpected blue sky. 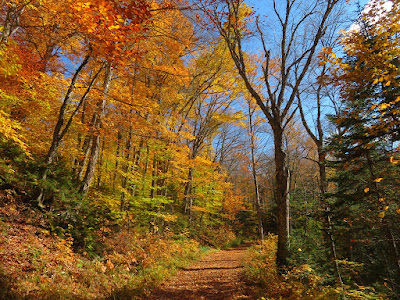 The crossing of Avalanche Brook at the start of Mount Tripyramid Trail. 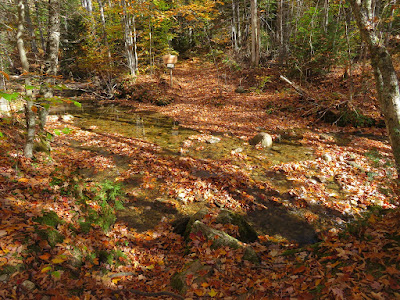 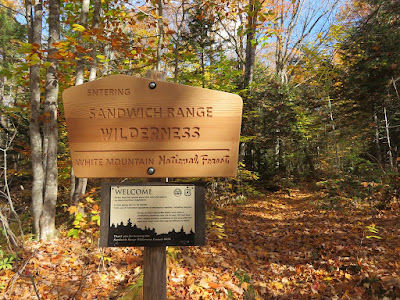 Golden greeting in the Wilderness. 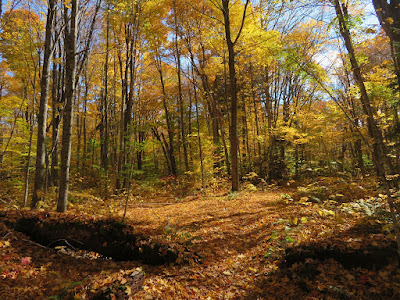 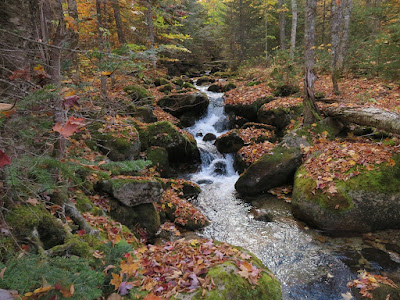 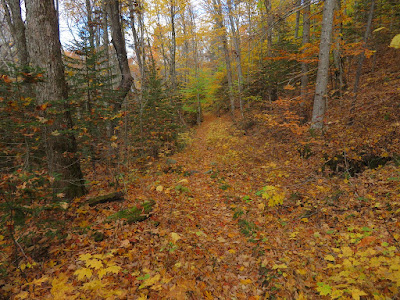 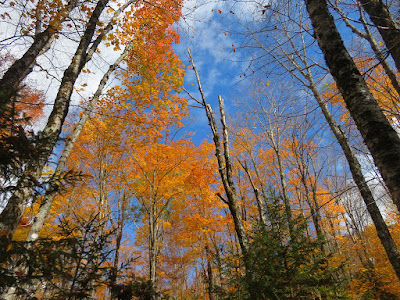 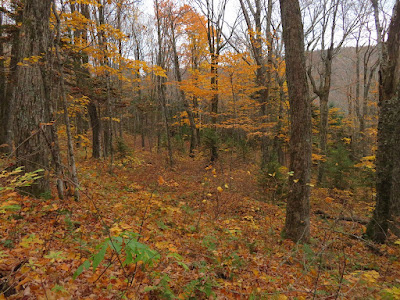 Into the open on the South Slide. After this slide came crashing down during an intense rainstorm on October 4, 1869, many tourists, hikers and geologists came to view the massive destruction it caused. It was called the "Great Slide." After the giant North Slide and a second South Slide fell in 1885, it became known as the first South Slide. 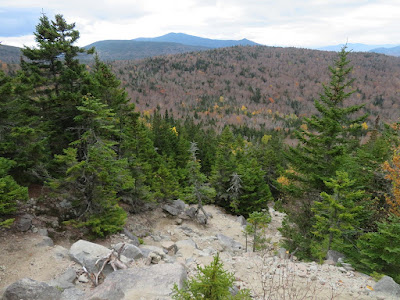 About halfway up is a rare slab scramble on a generally loose and gravelly slide. 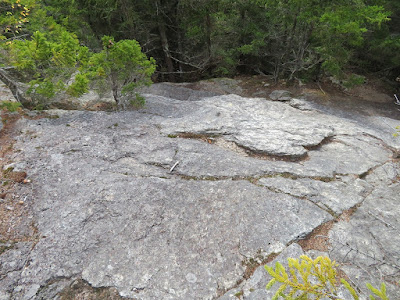 Big broken slabs of rock on the upper part of the slide. 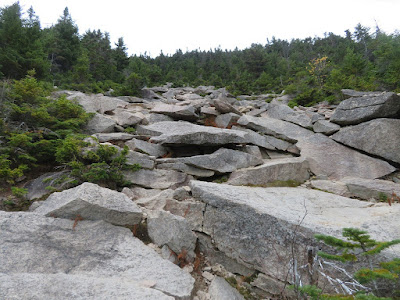 A triple arrow marks the junction with Kate Sleeper Trail. 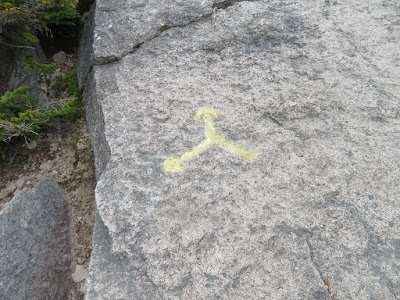 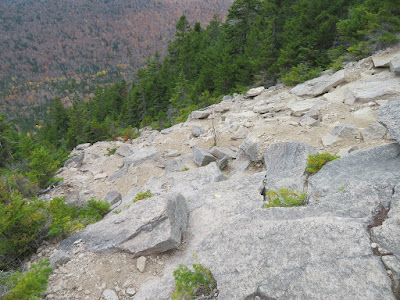 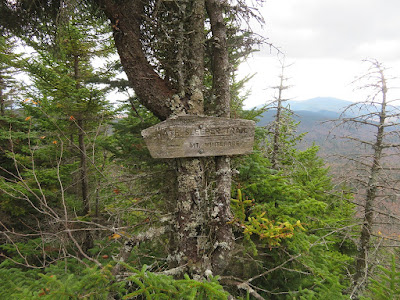 A short traverse on Kate Sleeper Trail led to the top of the 1885 (Second) South Slide and a wide view over the wild Lost Pass country. It was startling to see how much foliage had dropped since I was on Mt. Whiteface two days earlier, peering at peak color in The Bowl. 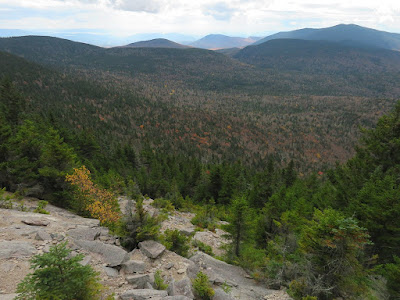 There was still some good color in the distance on Mt. Israel, seen through Lost Pass. 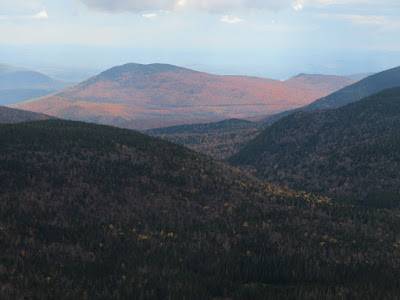 I spotted a recent rockfall/slide on the cliffs of Sandwich Dome's Noon Peak. 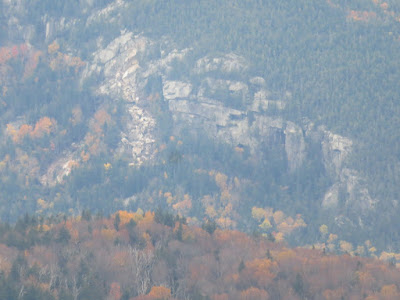 Back on Mount Tripyramid Trail, making the very steep climb towards the summit of South Tripyramid. 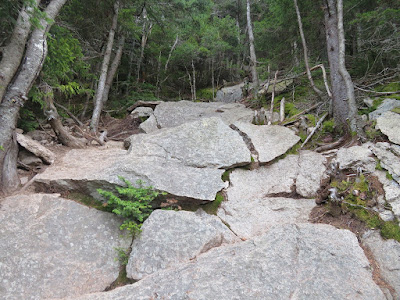 The summit is a neat, narrow wooded ridgecrest. 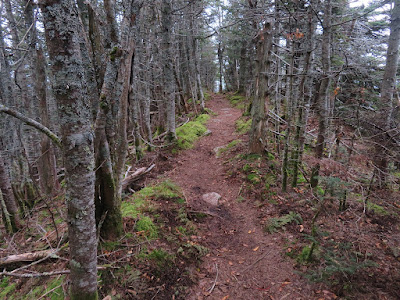 A peek at North and Middle Tripyramid where the trail drops off to the north. 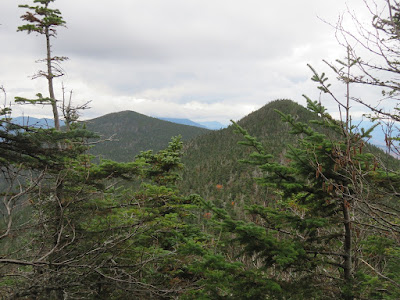 Near the summit, the trail passes through this cleft rock. 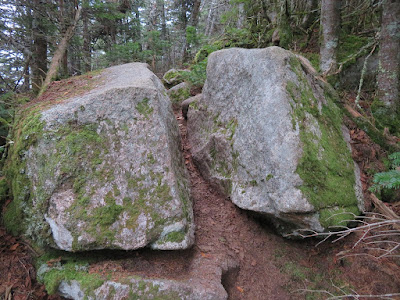 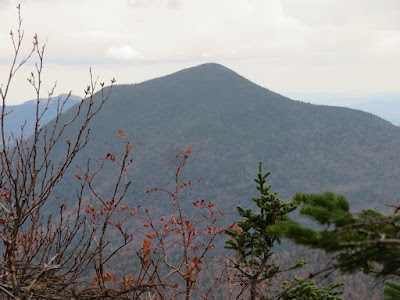 Commanding view from the top of the South Slide. 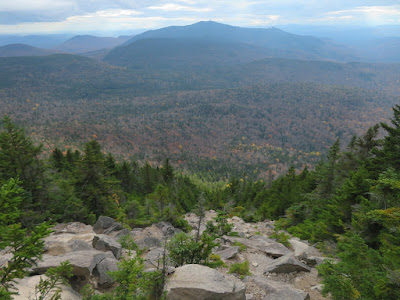 The trickiest spot on the slide. 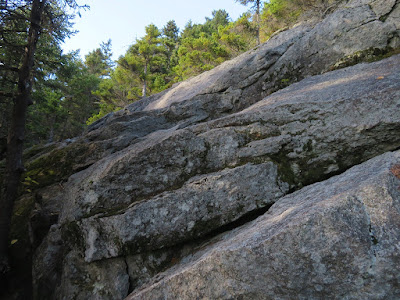 A hardy aspen flashes a spot of fire on the gravelly swath. 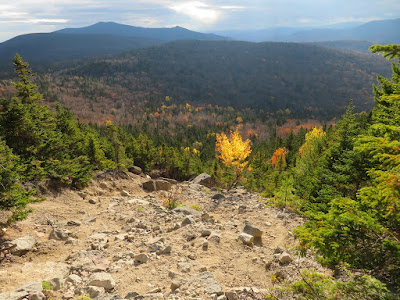 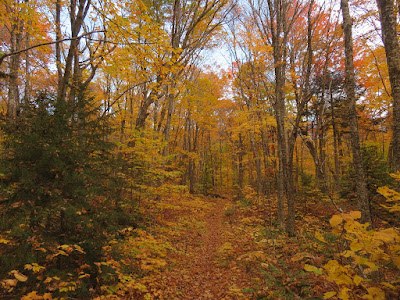