On a sunny but cold day following a coating of snow the previous day, I waited til 2:15 to launch a short hike to off-trail and on-trail ledges on an old favorite, Dickey Mountain. I figured even with below-freezing temperatures all day, the slippery snow coating would melt in the sun on these south-facing slopes.

Spectacular blue sky presided on the Dickey Mountain Trail. The inch of snow that had fallen the day before had, indeed, melted in the sun. No mud today as the high temp was ~28 degrees. 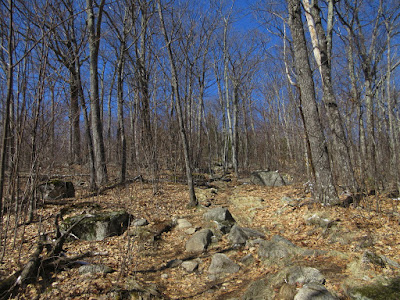 Nice whacking across a hardwood slope en route to an off-trail ledge. 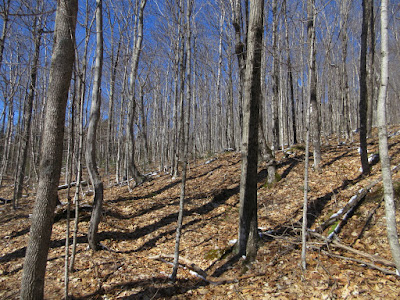 April is the time for sunny south-facing ledges. 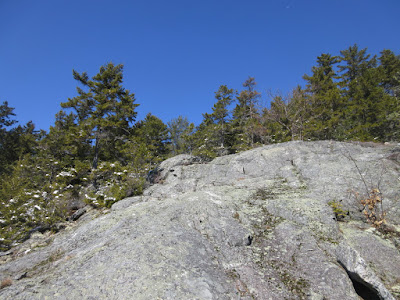 This is a fine ledge perch overlooking Dickey Notch and Cone Mountain. The wind was whipping but the sun was warm. 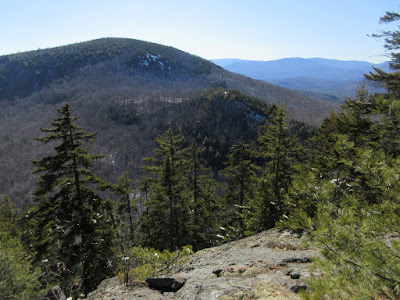 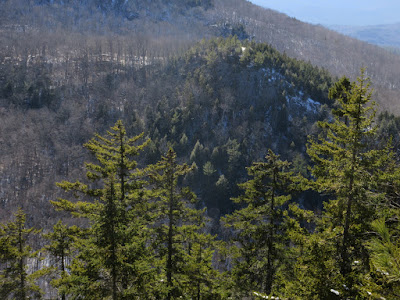 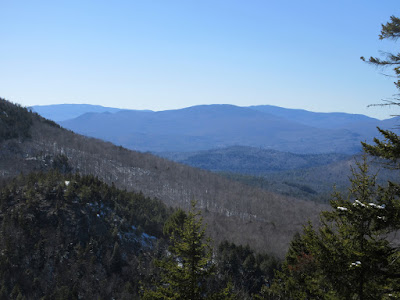 After an hour's sojourn in the sun, I wandered around for a while in the hardwoods on the west side of Dickey. 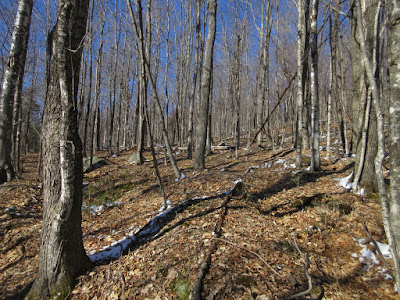 Snow lingers on a slope with less sun exposure. 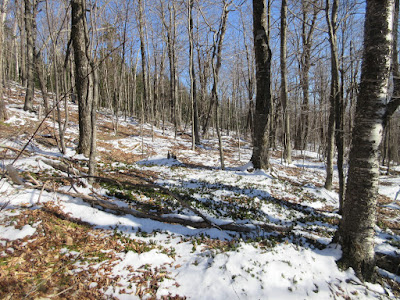 Heading back to the trail I visited another ledge. 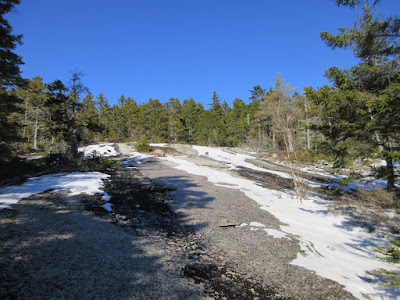 Looking out to the SW. 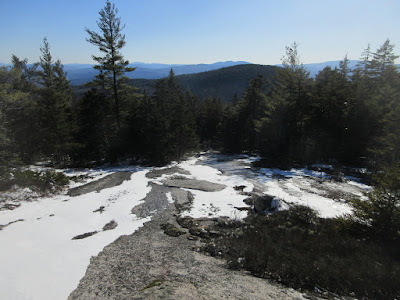 Late in the afternoon I arrived at the huge lower slab on the Dickey trail, one of the great ledge perches in the Whites. 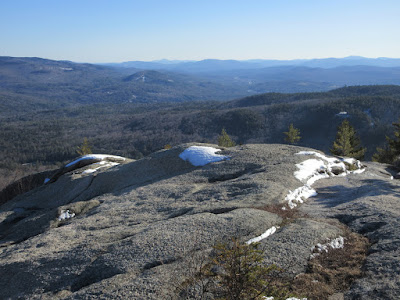 The summits of Dickey and Welch loom to the NE. 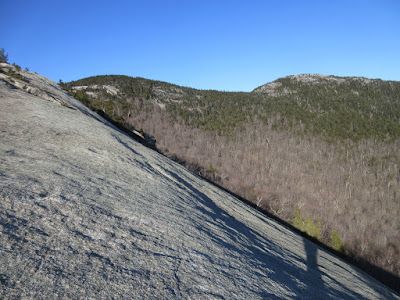 There are many, many ledges on the slopes of Dickey. 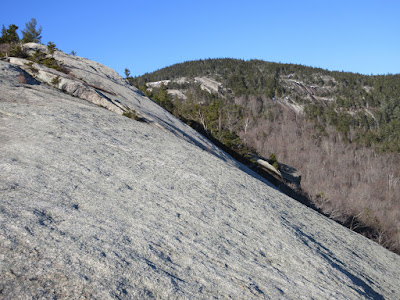 The rocky nubble of Welch. 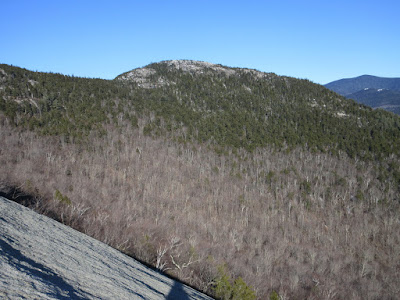 Looking south to the Campton Range and Sandwich Notch. One of the motivations for visiting this ledge was to scout the route for a planned trip to Mount Weetamoo the next day. 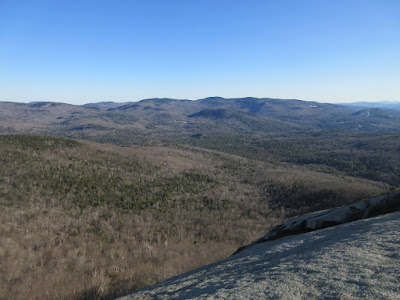 A great angle on Sandwich Dome & Black Mountain, with Acteon Ridge beneath. 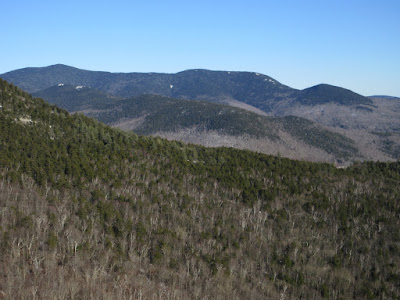 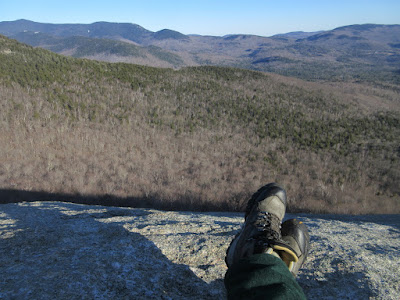 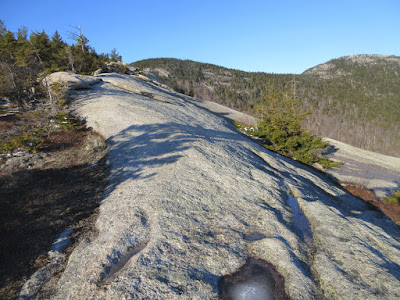 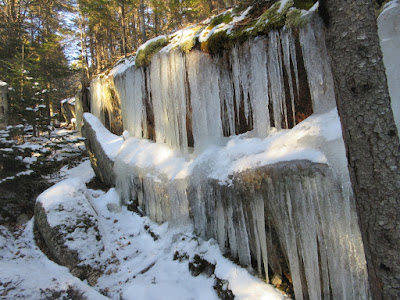 Rock steps lead down through the Dickey hardwoods. 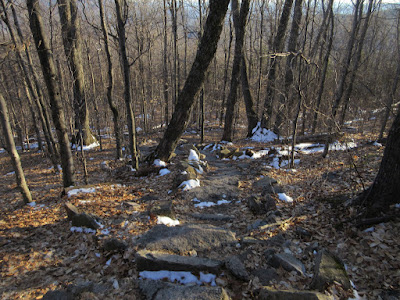