After a couple days of gloomy weather, I went for a late day "backyard" exploration to some "lost" cascades on the western flank of Loon Mountain. In the late 1800s/early 1900s these were a popular easy hike destination for guests staying at the many inns in North Woodstock.

This path along the East Branch of the Pemi has become unsafe since Tropical Storm Irene. The river was rocking today. 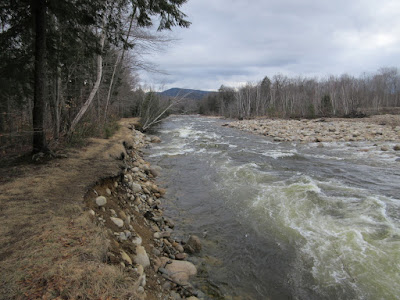 A random mossy boulder in the woods. 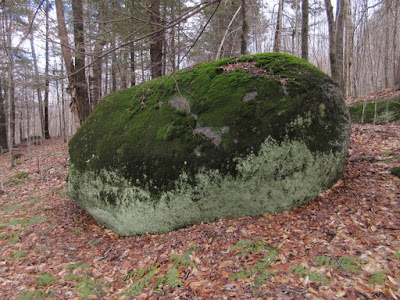 The cascades are located on Horner Brook, not on Loon Pond Brook as one might surmise from their name. They were described in the 1890s Guidebook to the Franconia Notch and the Pemigewasset Valley, by Frank O. Carpenter, a stalwart AMC hiker and trail builder who summered in North Woodstock. 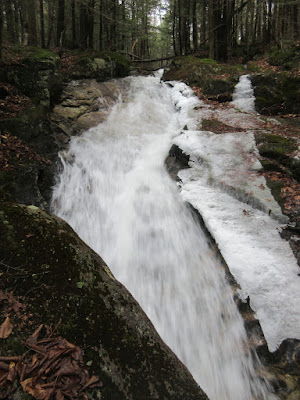 In recent years the cascades were "rediscovered" by waterfall sleuths/photographers Chris Whiton and Erin Paul Donovan. The flow was strong following a day and a half of rain. 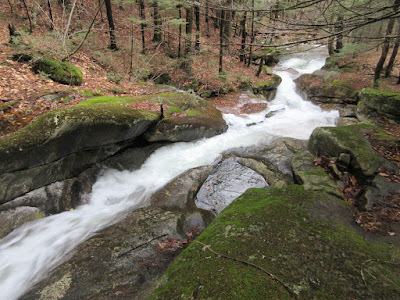 The brook has sculpted some picturesque rock formations. 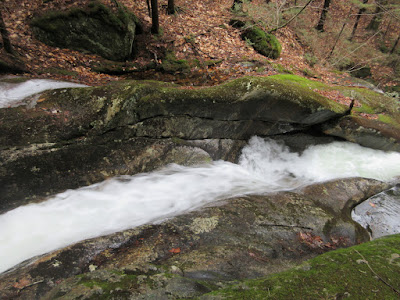 The upper part of the main cascades. 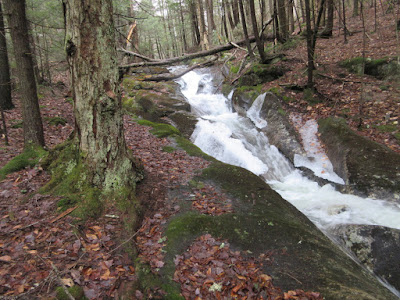 A small, solitary cascade just above. 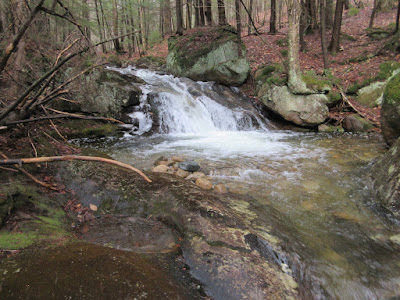 This old logging road may have been part of the old Loon Pond Trail, originally opened in the late 1800s, which led up Horner Brook past the cascades, and then on to a view ledge on the South Peak of Loon Mountain. From there it descended to beautiful Loon Pond. Later the path was extended down along Loon Pond Brook and Little Loon Pond to the East Branch and the road beyond. This entire route was abandoned by the mid-1960s. 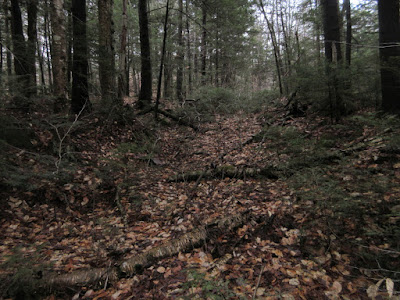 I followed Horner Brook down below the cascades. As Frank Carpenter wrote, "the mossy brook is very lovely and delightful." 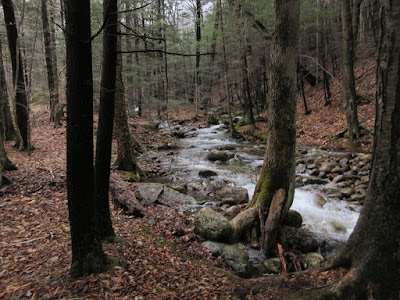 View of mountains around Lincoln from an old powerline cut. 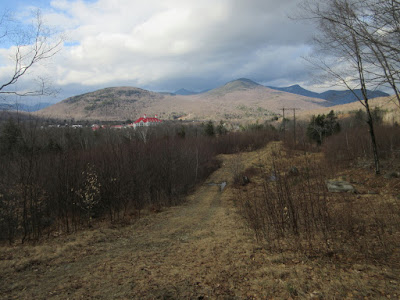