Carol and I enjoyed a leisurely Friday exploring an historic site at Breezy Point, geocaching, and taking a late afternoon hike to Stinson Mountain.

In the late morning we poked around a couple of foundations/cellar holes associated with the inn known as Merrill's Mountain Home, which welcomed guests from the 1860s until about 1910. 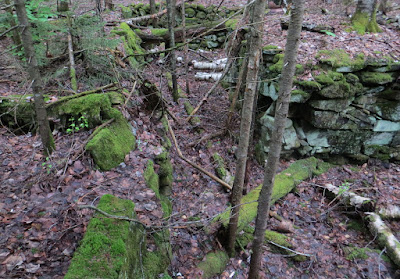 A deep well hole at the inn site. 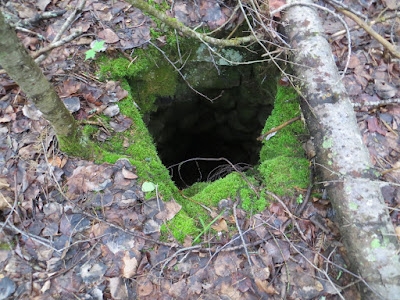 This looked like the remains of a bed frame from the inn. 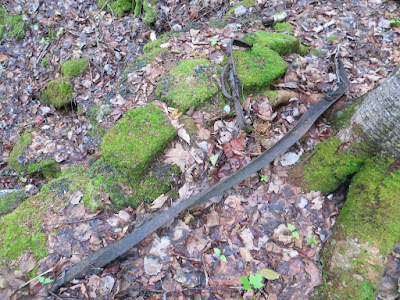 A milk pitcher [?] possibly used at the inn. We left it where we found it, as it is illegal (and just wrong) to remove historic artifacts from the National Forest. 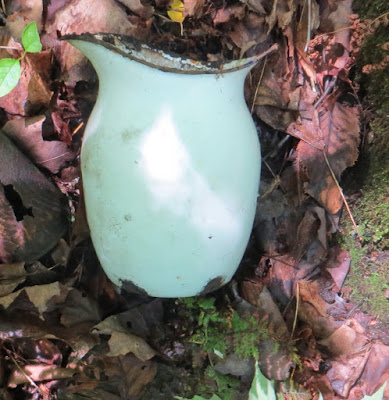 An interesting old bottle we found. 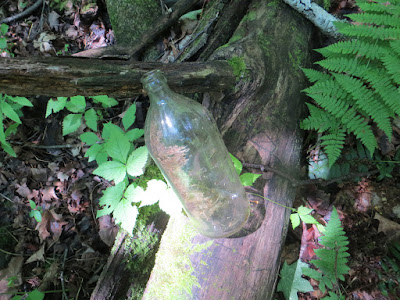 Merrill Brook, which the Moosilauke Carriage Road crosses on a bridge, is named after the family that kept the inn. 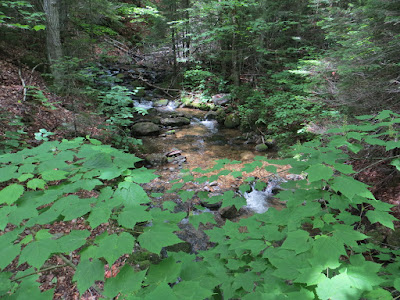 Mount Kineo and Carr Mountain from the fields at Breezy Point. 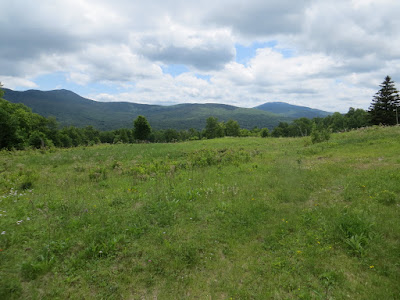 After grabbing some geocaches in Warren and Rumney, we hiked 2900-ft. Stinson Mountain (a 52 With a View peak), starting at 3:00 pm. 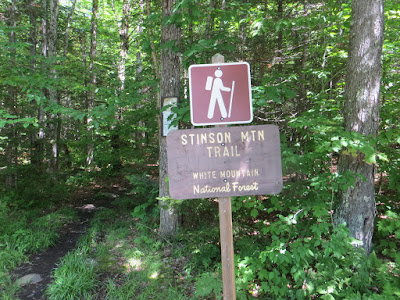 The gentle lower part of the trail follows an old farm road through fern-carpeted hardwood forest. 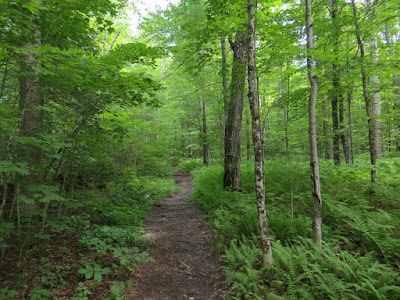 The upper part of the trail has a wild feel as it meanders up through a mixed forest. 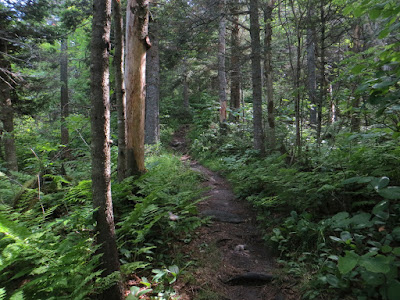 On the summit ledges are footings and steps from the former Stinson firetower, which was removed in 1985. 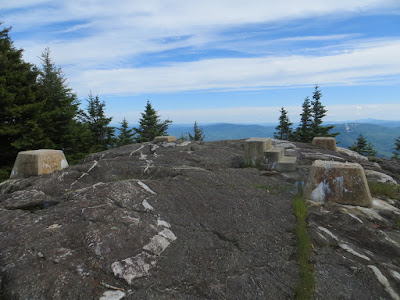 The location of a 1959 summit benchmark from the U.S. Coast & Geodetic Survey. Don't know when or why it was removed. 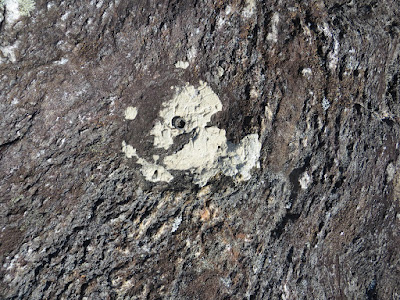 Mount Cardigan beyond the array of wind towers in Groton.This day (Friday) it was clear enough to see Stratton, Equinox and Doreset Mountains in southwestern Vermont. 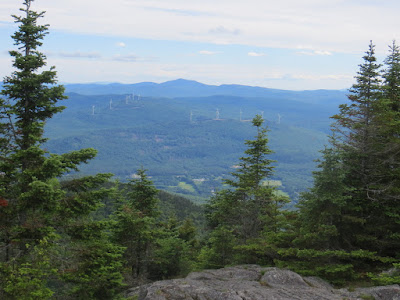 Carol logs her geocaches from the day. 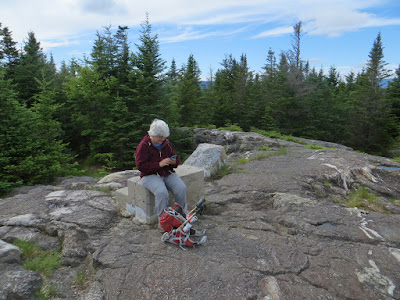 By poking around I found a nice framed view of the Tripyramids. 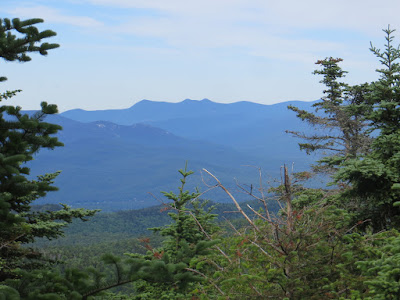 The view east towards Lake Winnipesaukee and adjacent mountains. 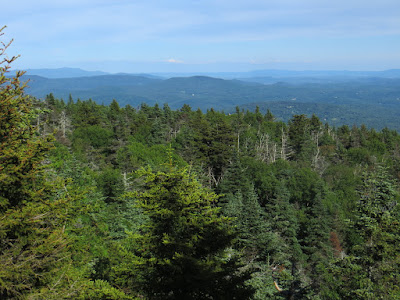 A side path leads to a small cleared viewpoint with a fine vista of Stinson Lake, Mount Moosilauke and Mount Kineo. 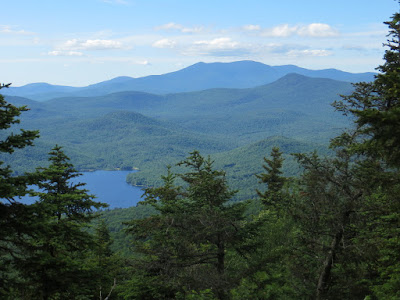 A fern glade along the snowmobile trail (wet in places) that can be used as an alternate route on the upper part of the mountain. 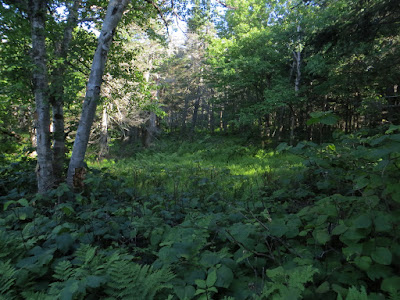