Looking for a lower elevation hike with no ice and maybe even some snowshoe-able cover, I drove down to Glencliff to try a new approach to an old favorite, Wachipauaka Pond. Instead of following the Wachipauka Pond Trail/Appalachian Trail over Wyatt Hill, I decided to try a shorter route bushwhacking up from Rt. 25 to the trail in the broad saddle between Wyatt Hill and Webster Slide Mountain.

On the drive down, I paused briefly to look at the Redstone Rocket (a ballistic missile from the 1960s) standing on the village green in Warren. This notable landmark was moved here in 1971 and placed in honor of Senator Norris Cotton, a Warren native. 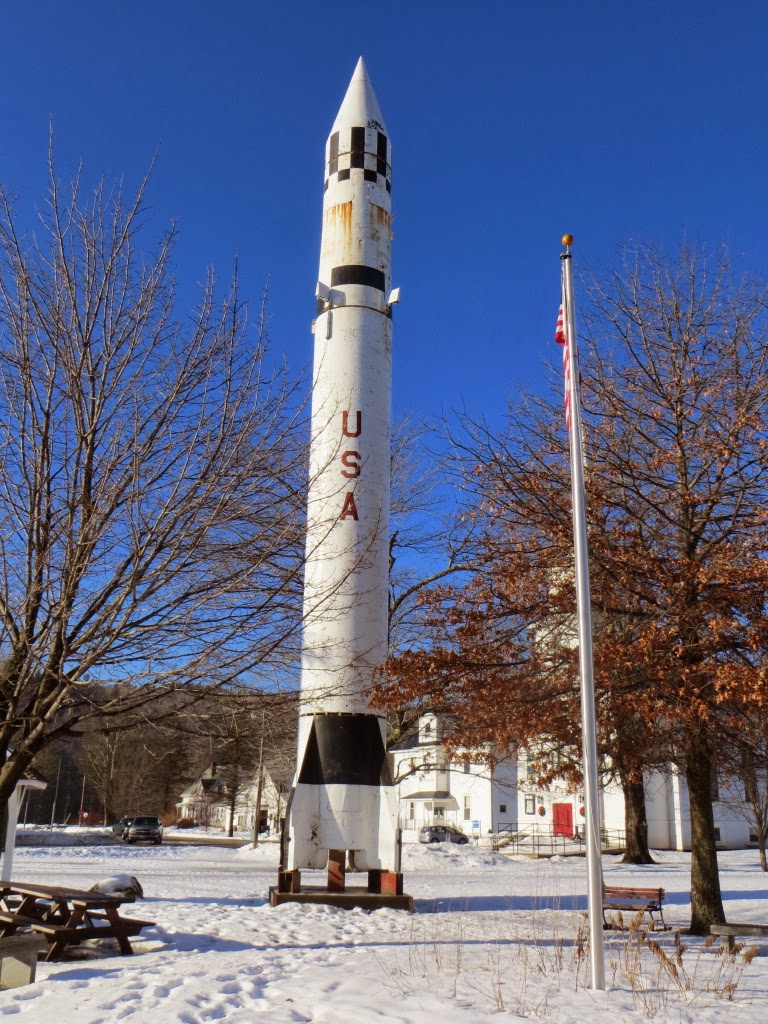 A fresh dusting of snow had coated the South Peak of Mt. Moosilauke, as seen here from Rt. 25. 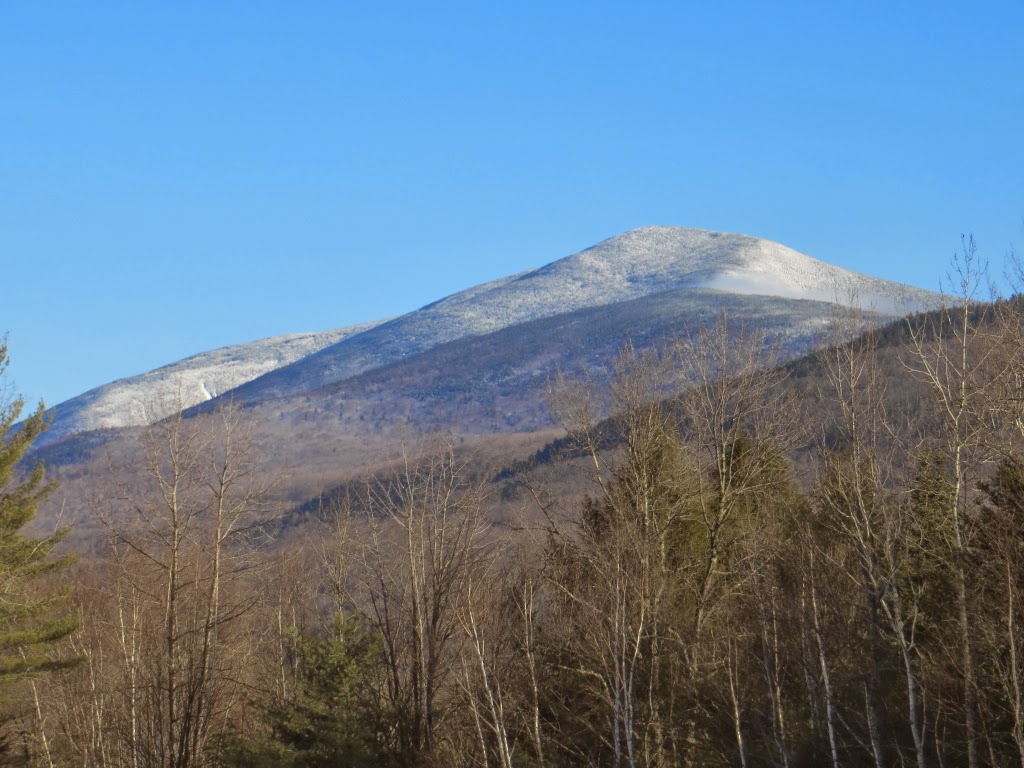 This section of Rt. 25 has an appropriate designation. 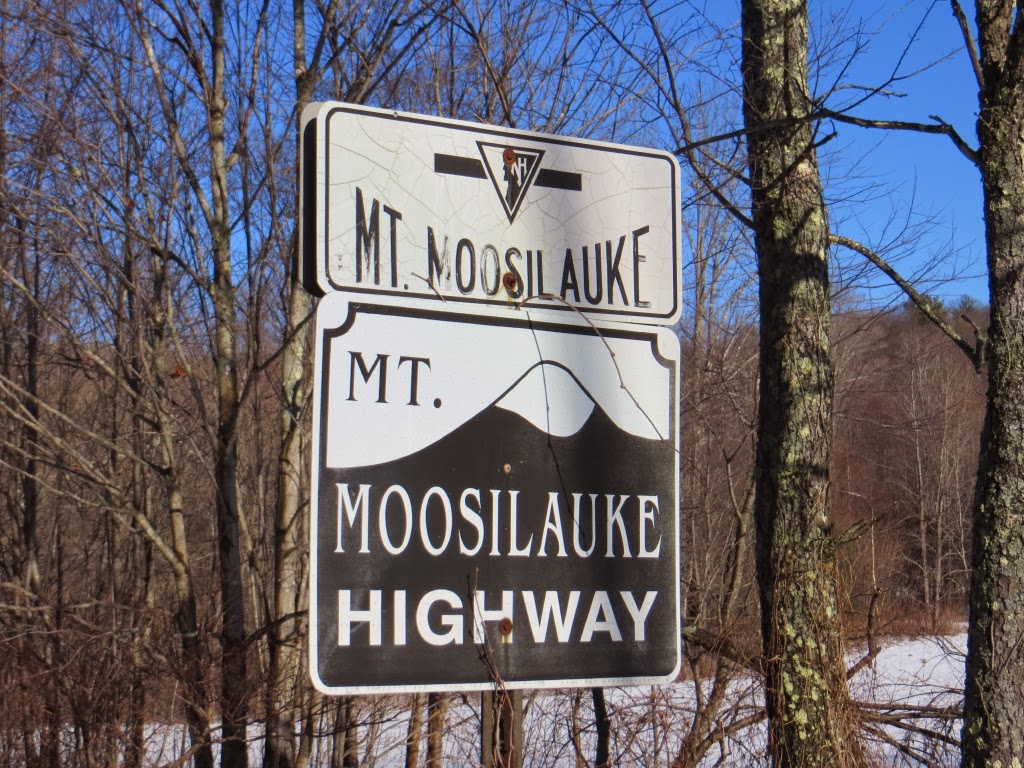 I parked in a large pulloff near Oliverian Pond and made a long angling bushwhack SE towards the old route of the Appalachian Trail, then swung southward up to the saddle. The woods were open hardwoods the whole way, and after an initial partly bare area there was a crunchy snow cover of 2 to 4 inches. I quickly found that snowshoeing through this was much easier than barebooting. I saw several old corridors that might have been the old AT, but nothing definitive. 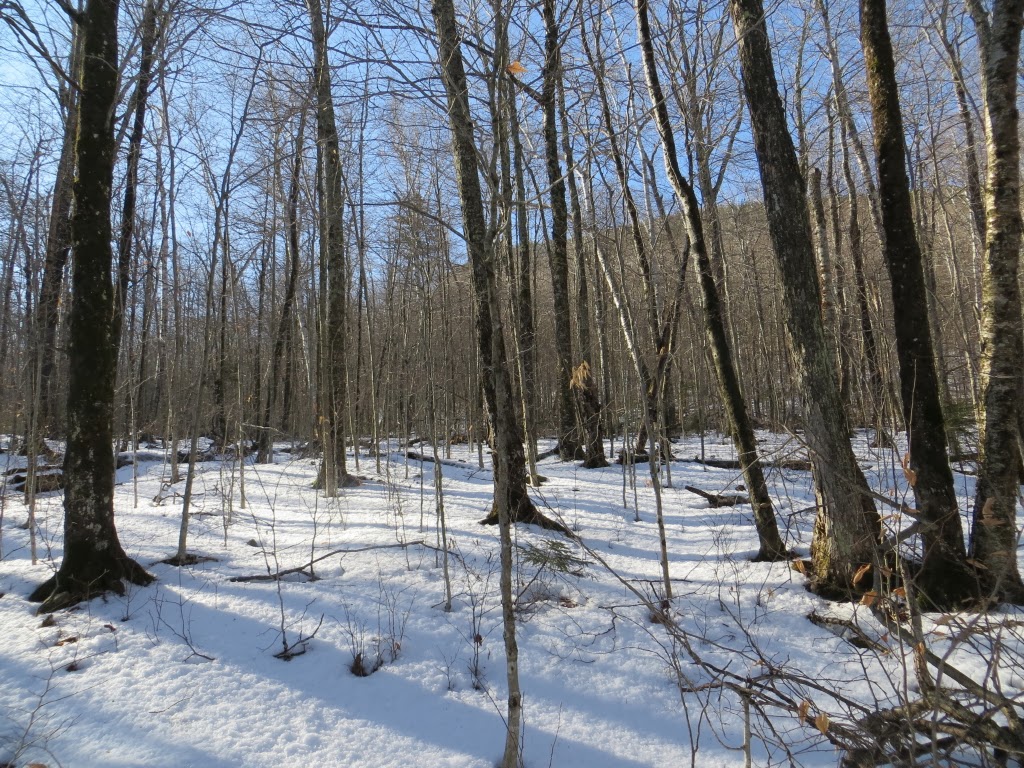 I reached the current Wachipauka Pond Trail/AT up in the saddle, followed it a ways under the steep face of Webster Slide Mountain, then dropped down and took an old path alongside the northern finger of Wachipauka Pond to the fine open spot under a tall old white pine, on a point where the finger joins the main body of the pond. After a string of warm days with some rain mixed in, the ice on the pond was looking rather "thaw-ish." 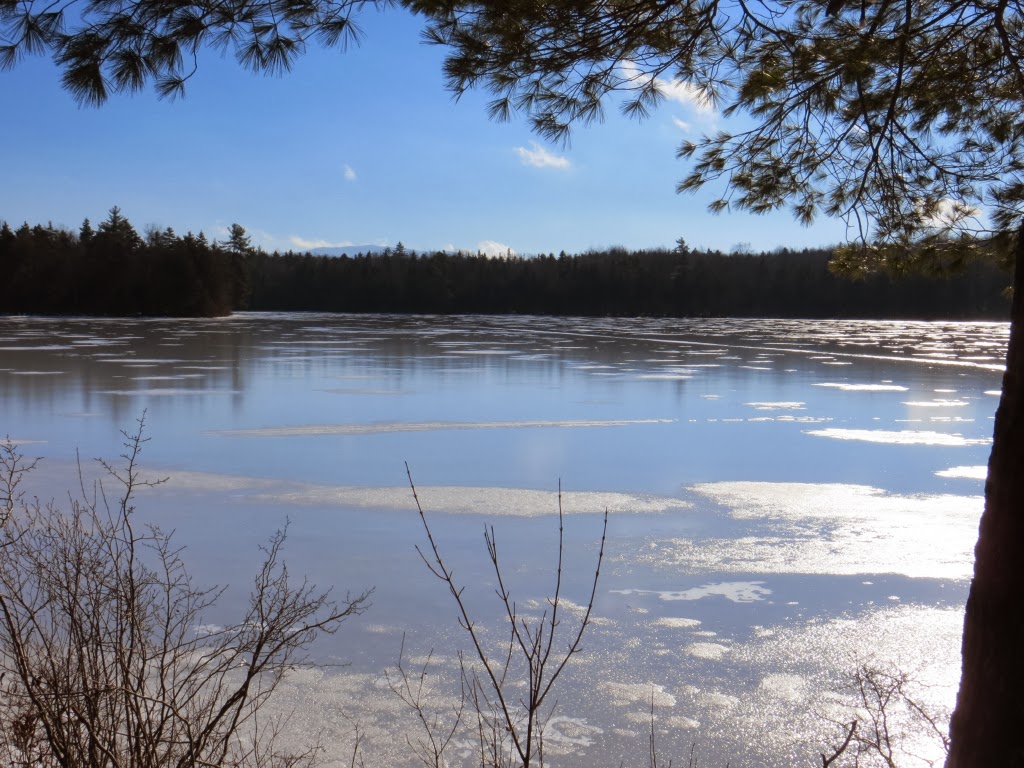 It was a beautiful sunny, warm, spring-like day. A melted bank, cushioned with pine needles, was beckoning. 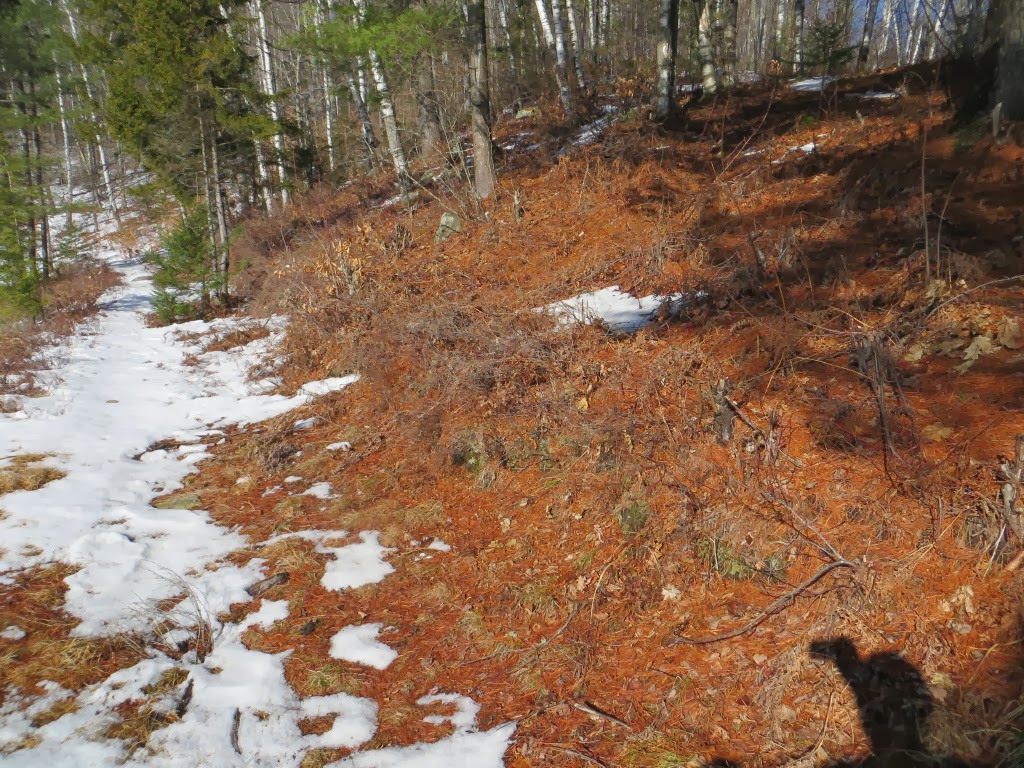 I settled in for a pond-side snooze - in January!? 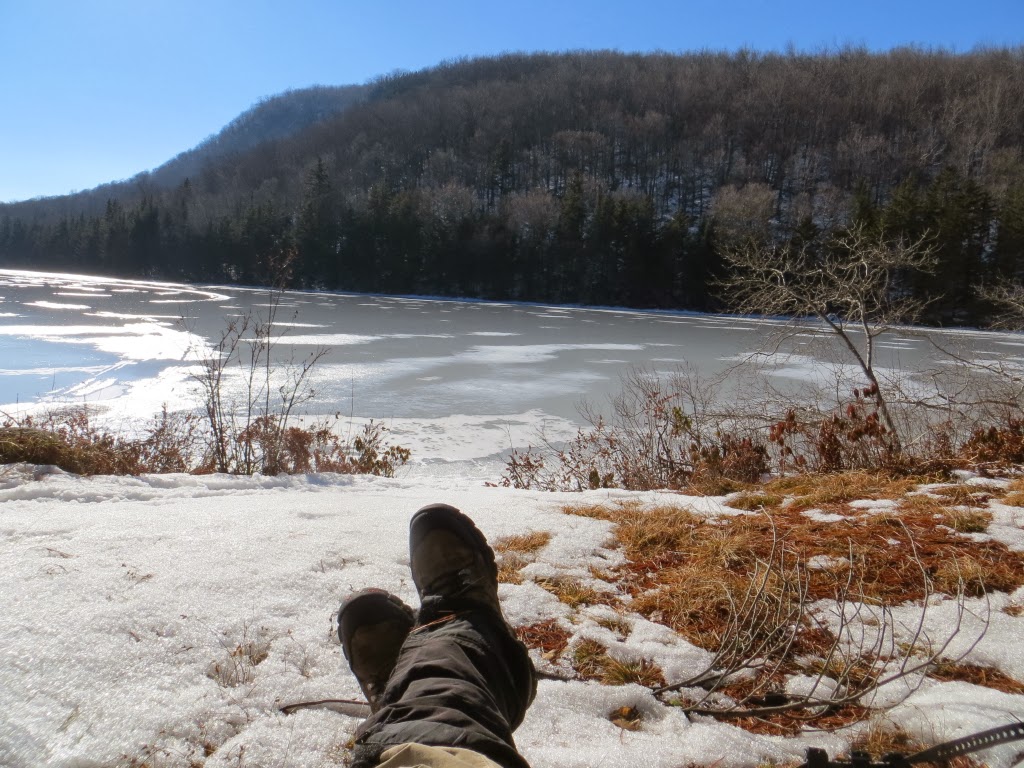 Deer prints were the only tracks I saw on the trails today. No evidence of recent hiker visitation. 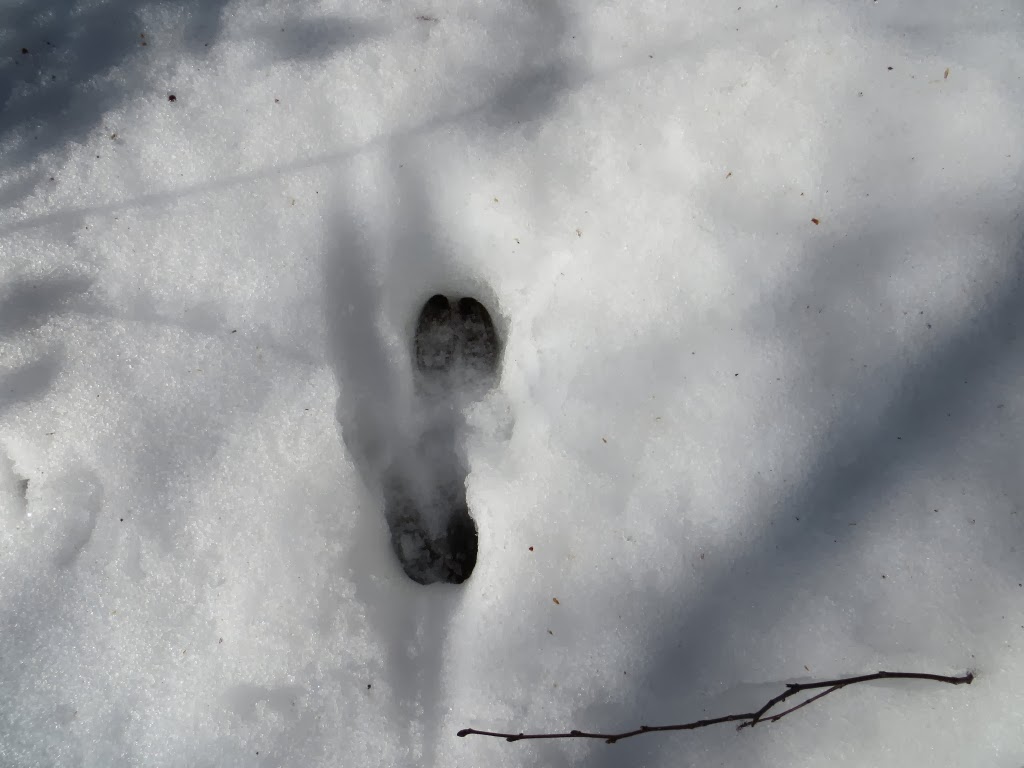 An inlet stream tumbling down to the pond. 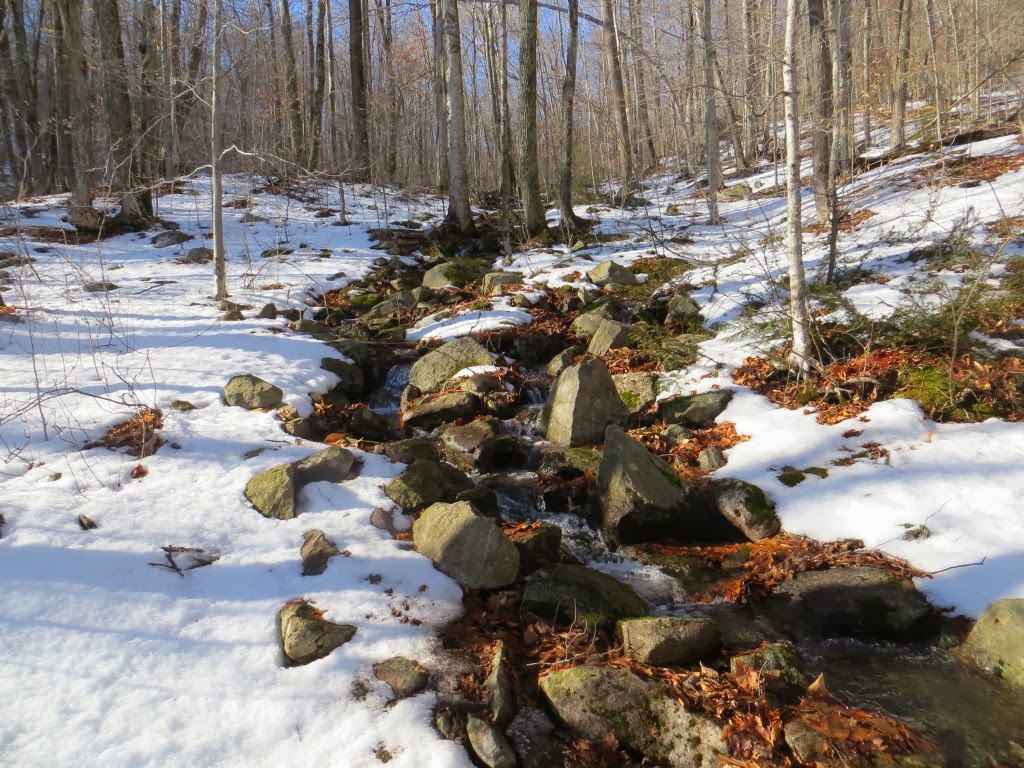 I skirted a little way along the west shore for a fine view of Mt. Moosilauke. 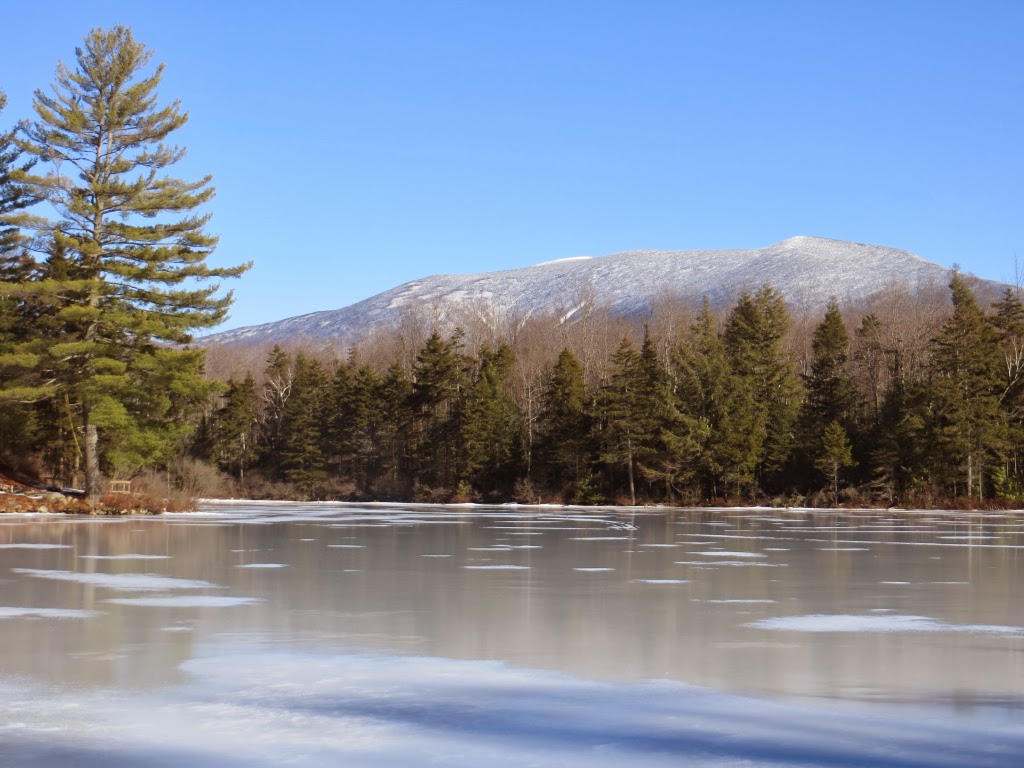 The cliffs of Webster Slide Mountain loom high above the pond. 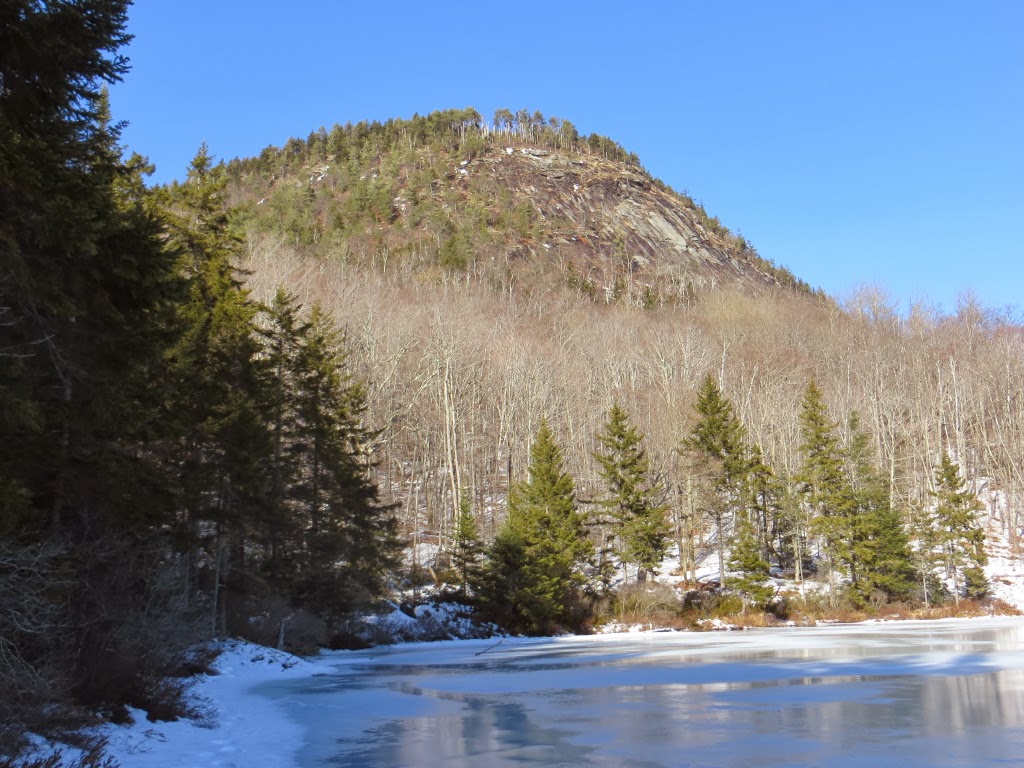 A beaver lodge stacked up along the shore. 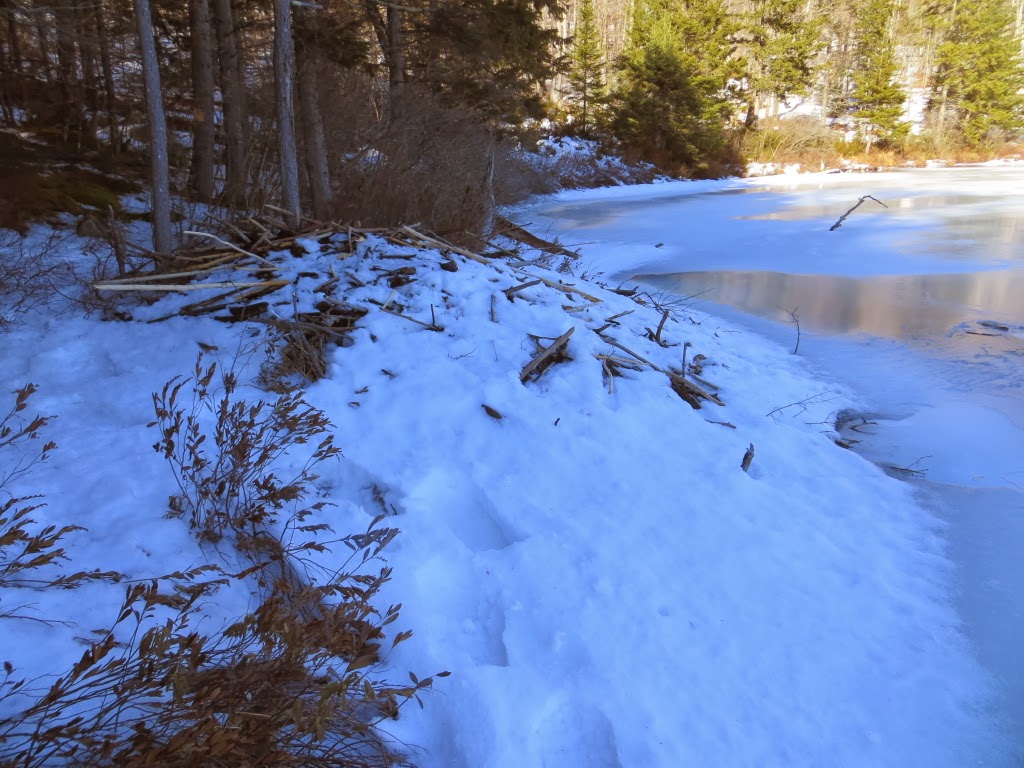 An encouraging message for AT northbounders on this sign for the Webster Slide Trail. 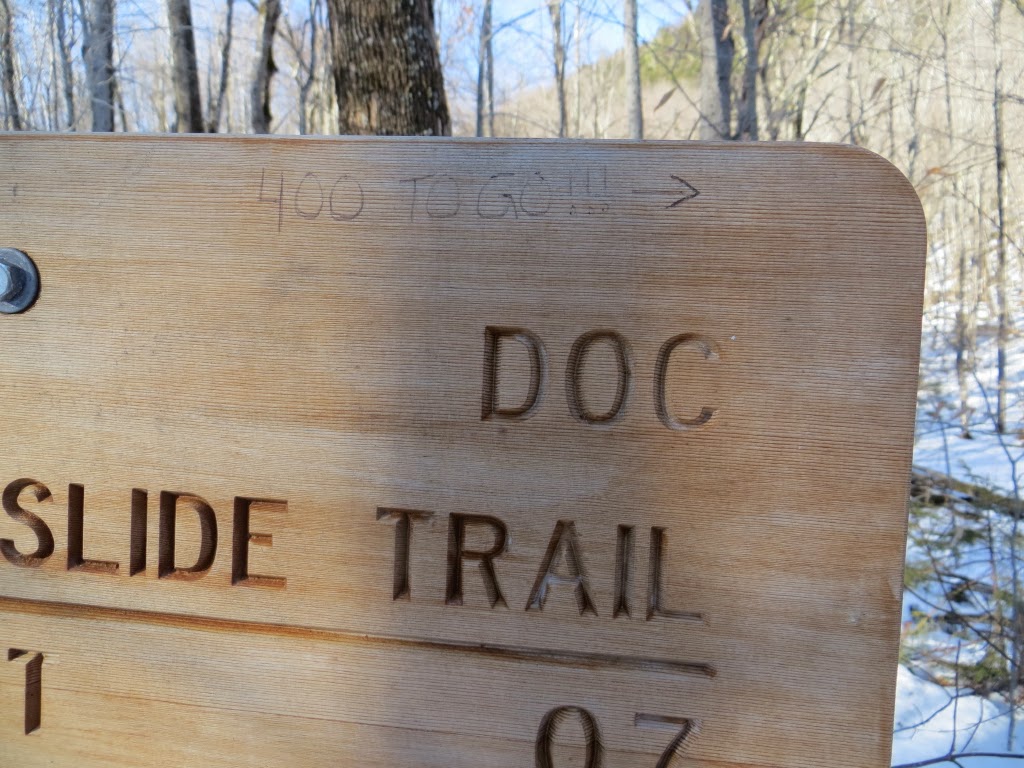 I decided to head south up the AT towards Mt. Mist and bushwhack to its eastern cliffs for some views. It was beautiful in the hardwoods -- unbroken crusty snow on the trail and a wonderful stillness in the forest. 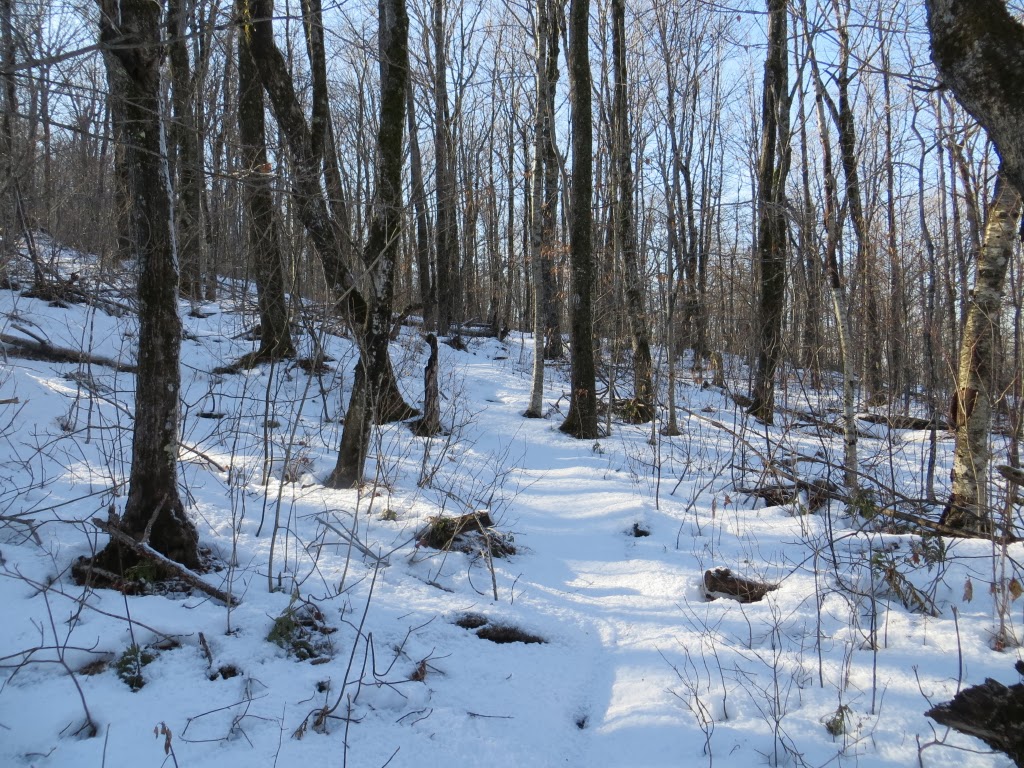 I passed by this unusual tree on the bushwhack to the cliffs. 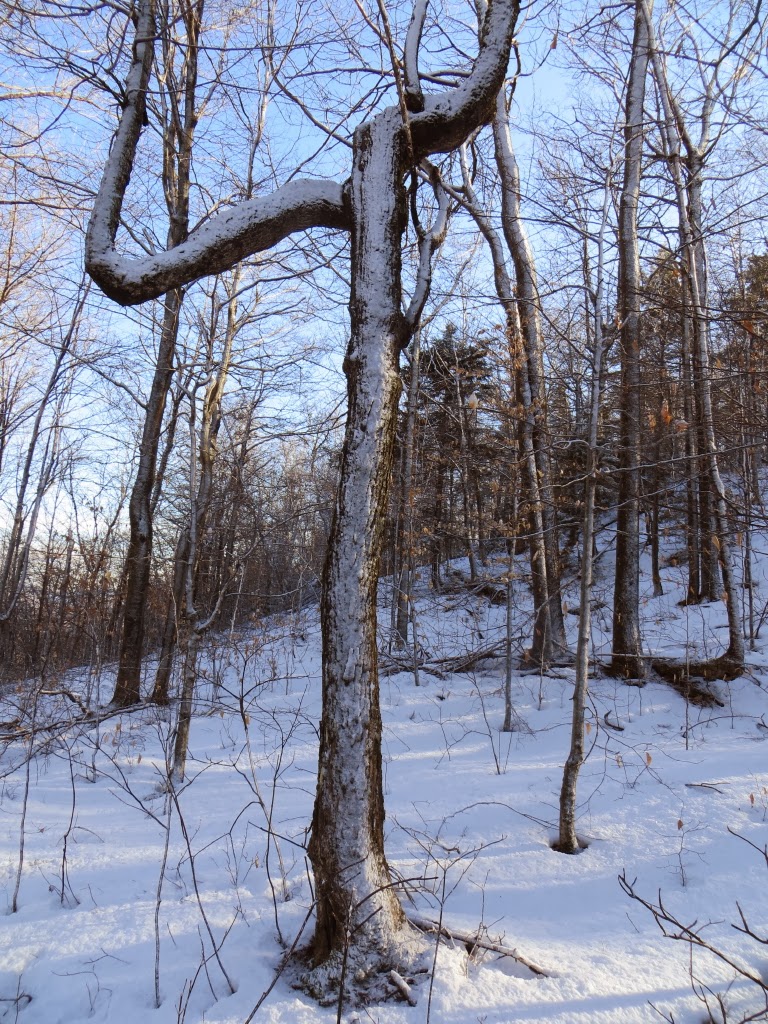 The first spot I came to atop the mostly wooded cliffs opened a fine view of the long south ridge of Moosilauke, including Hurricane Mountain, Chokecherry Hill, and Bald Hill. 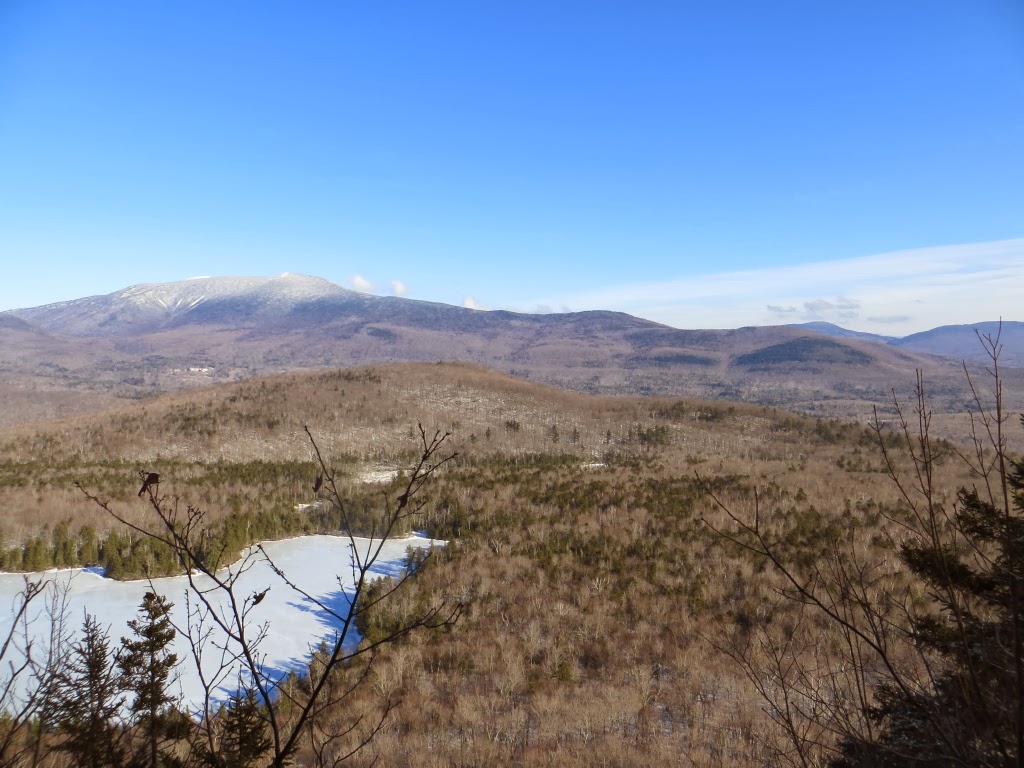 The best view is from a small ledge in a steep spruce-clad area, looking over Wachipauka Pond to the Benton Range, Mt. Clough and Mt Moosilauke. 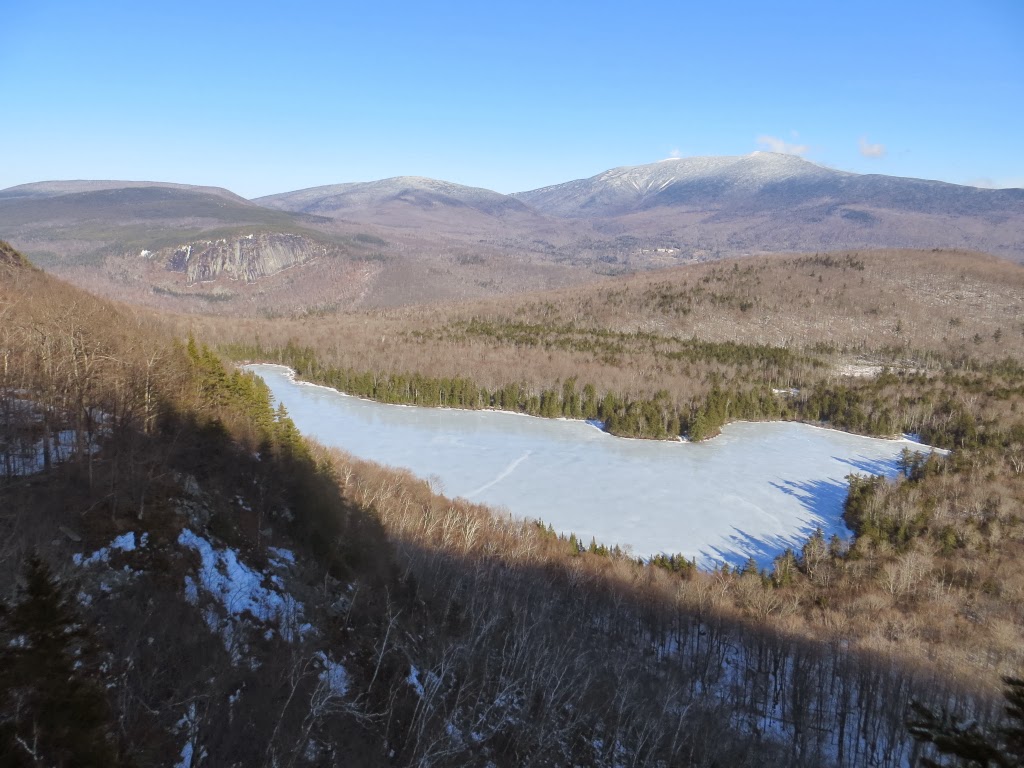 A closer look at the Moose. 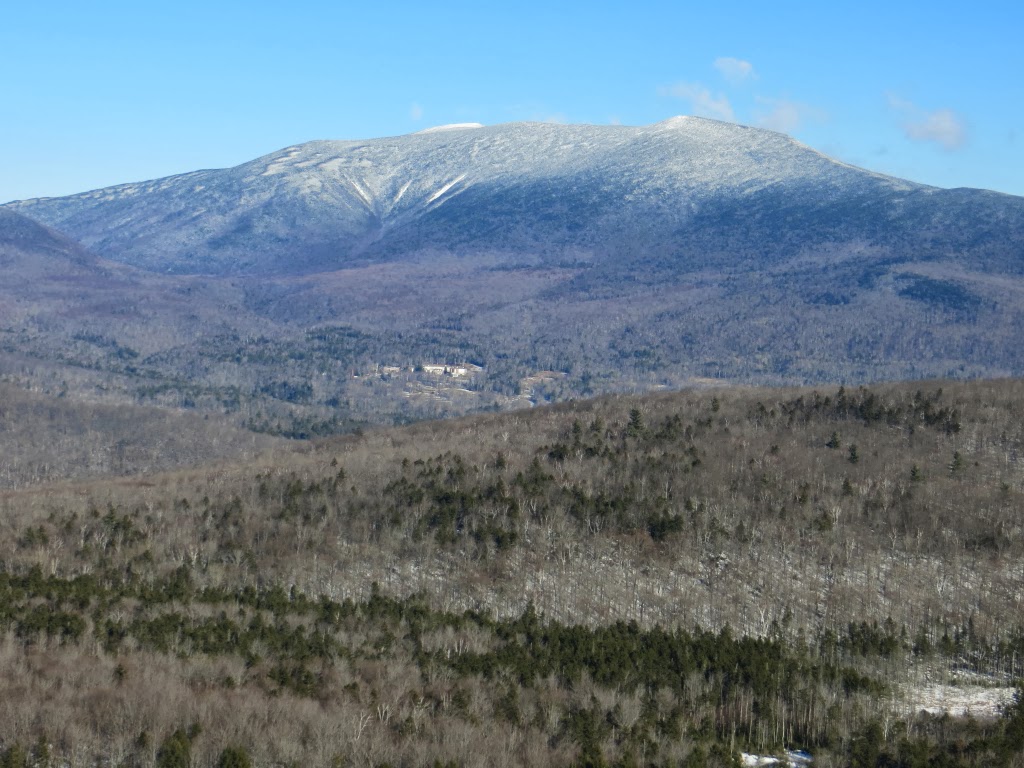 Webster Slide Mountain rising close by to the north. While down at the junction of the AT and the Webster Slide Trail, I had heard and partly seen an icefall from the slabs seen on the L side of this photo. 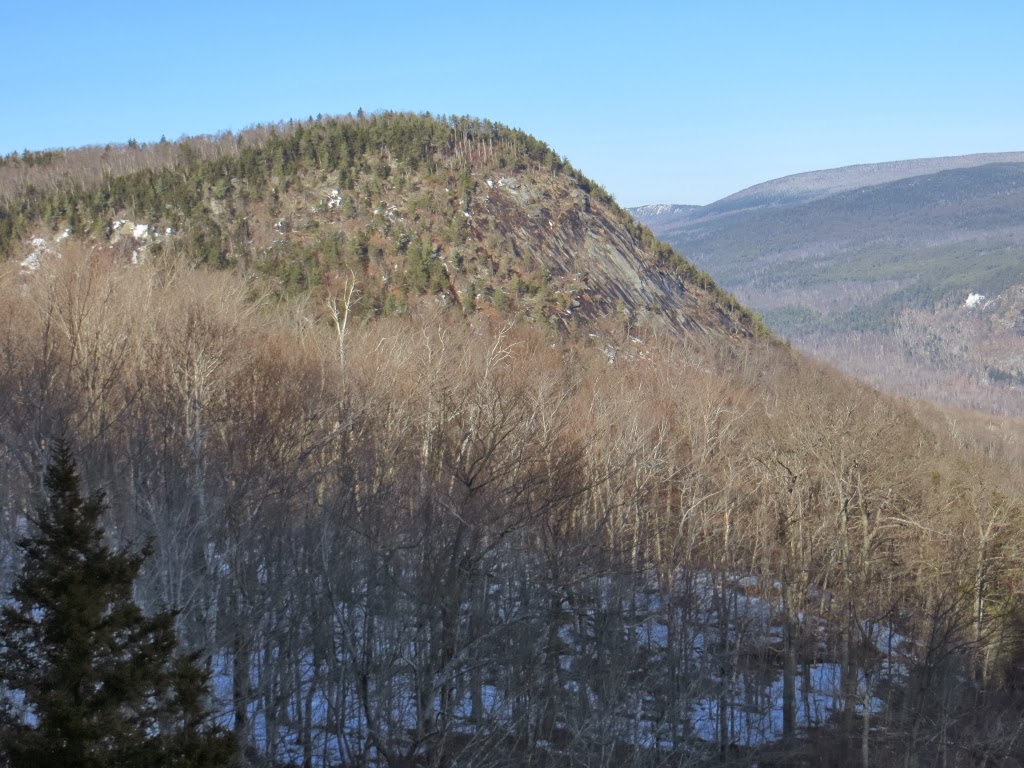 The great cliff of Owl's Head, with Blueberry and Jeffers Mountains behind. 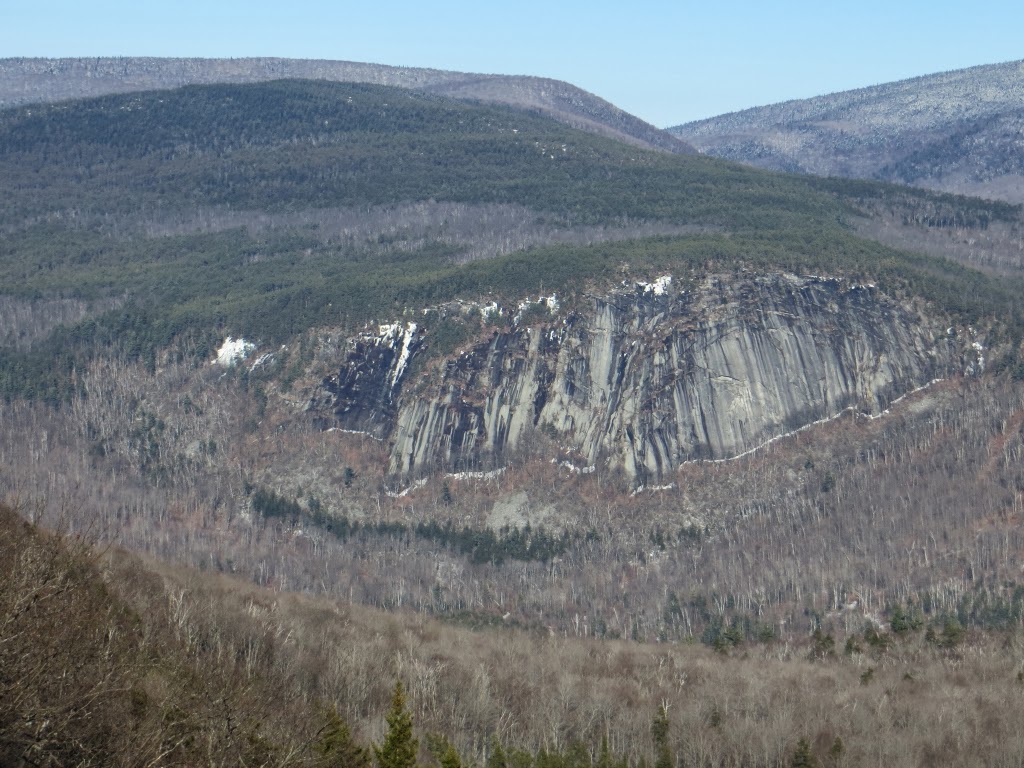 I whacked a little farther to the south, looking for additional viewpoints. 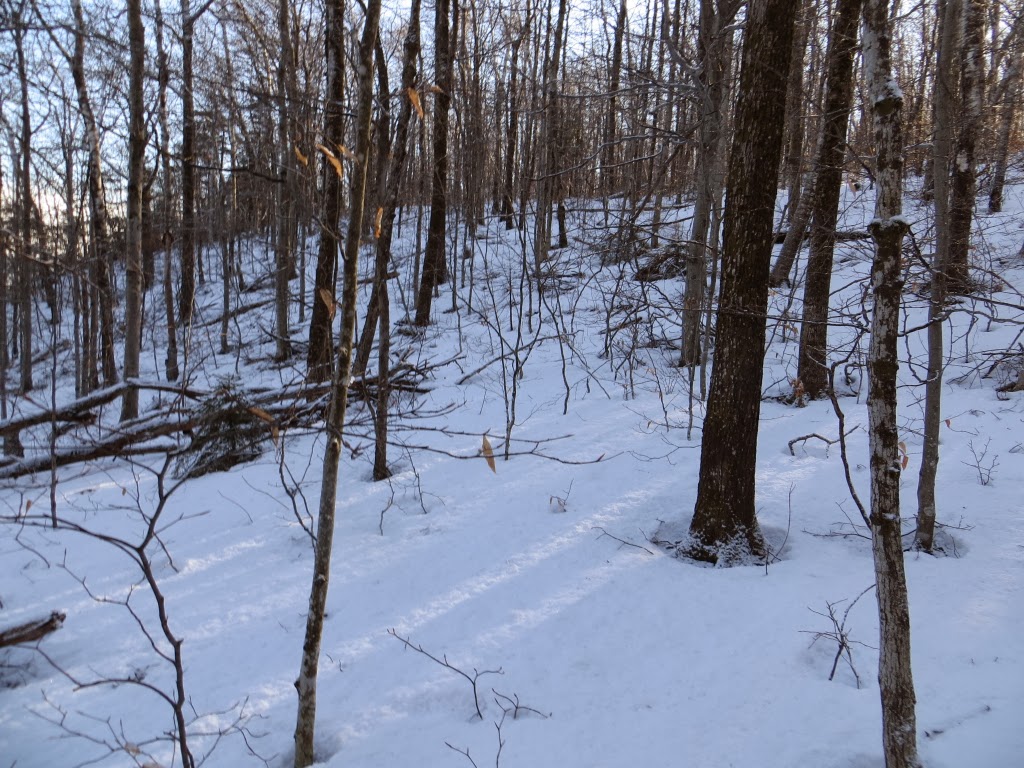 No more fully open spots, but found some interesting perspectives, such as this view of Mt. Kineo. 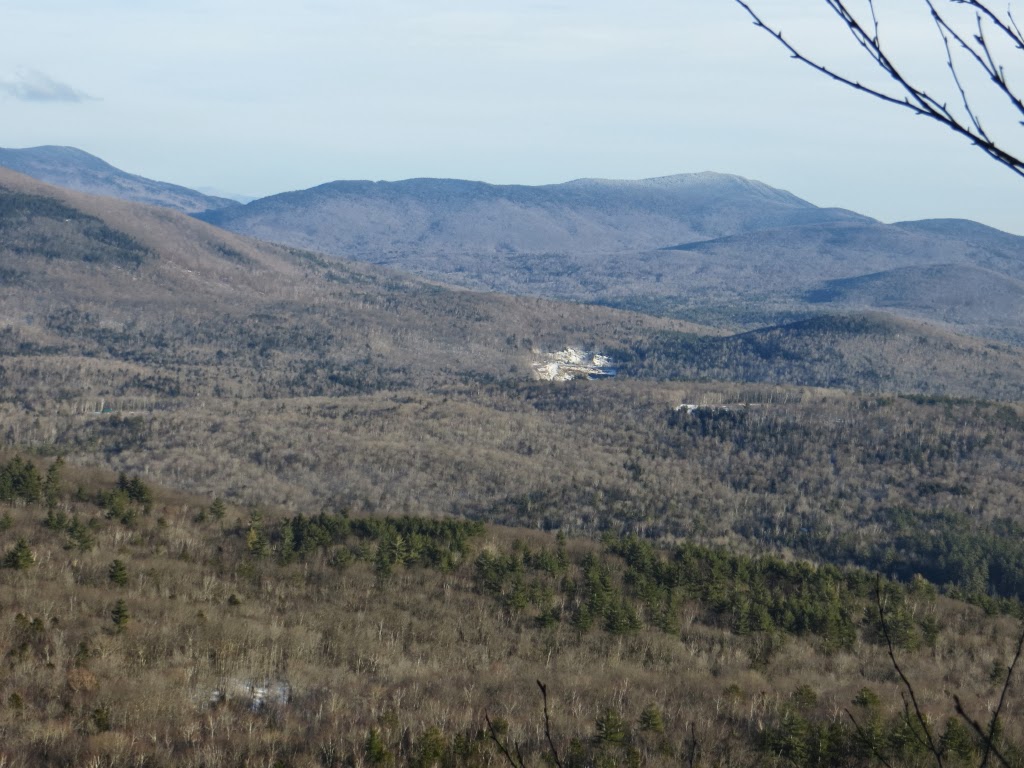 A down-look from the top of a cliff. 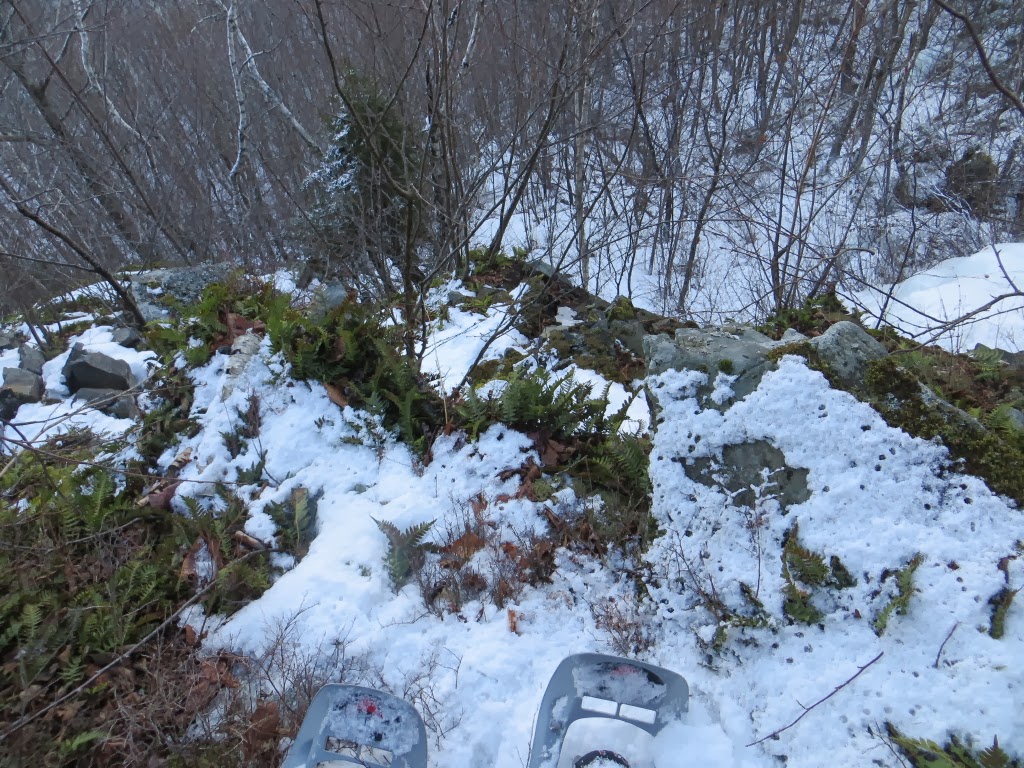 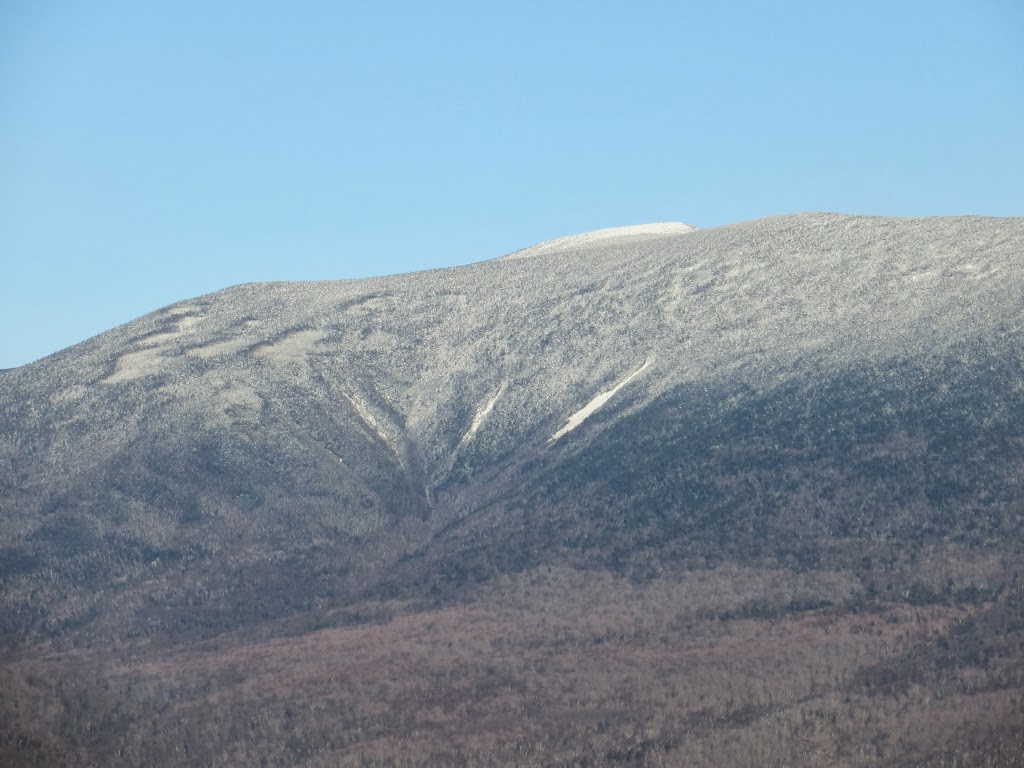 Heading back down the AT, late afternoon light on Webster Slide. 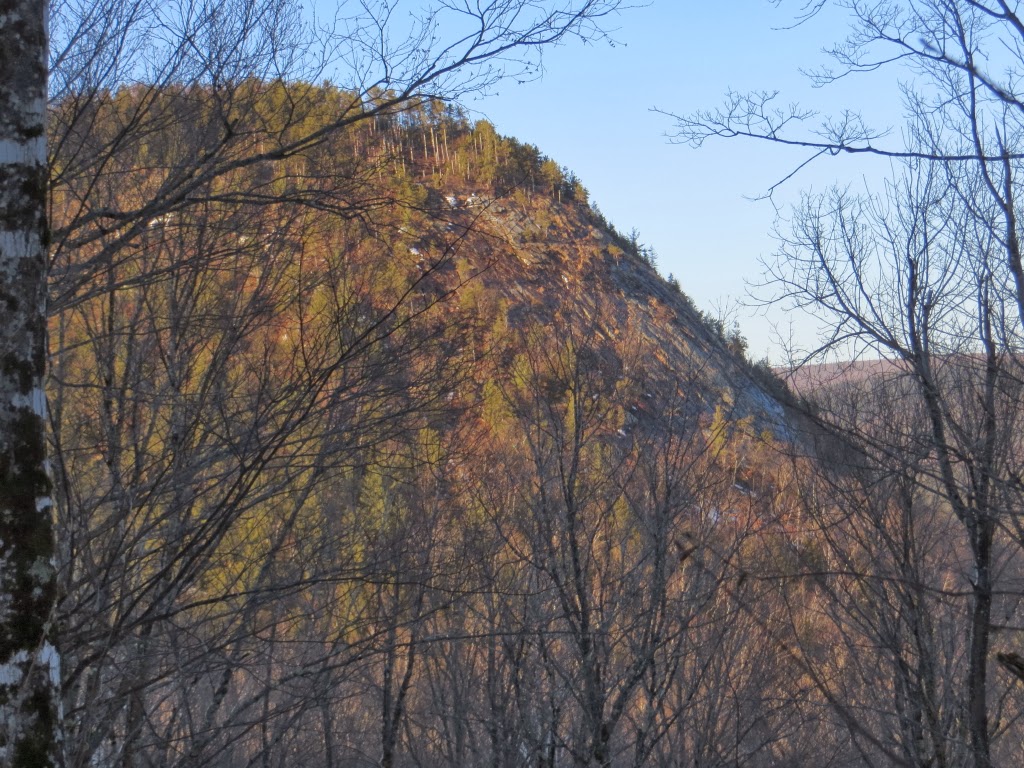 Back at Wachipauka Pond, now in the shadow of the mountains. 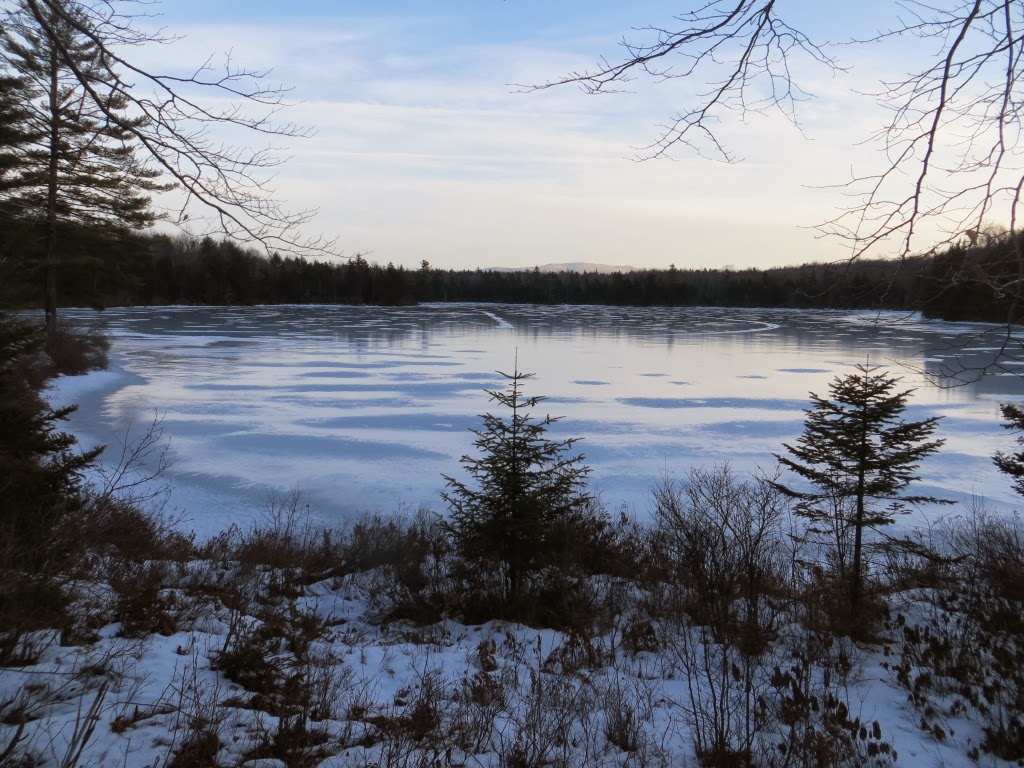 The sprawling ridge of Carr Mountain. 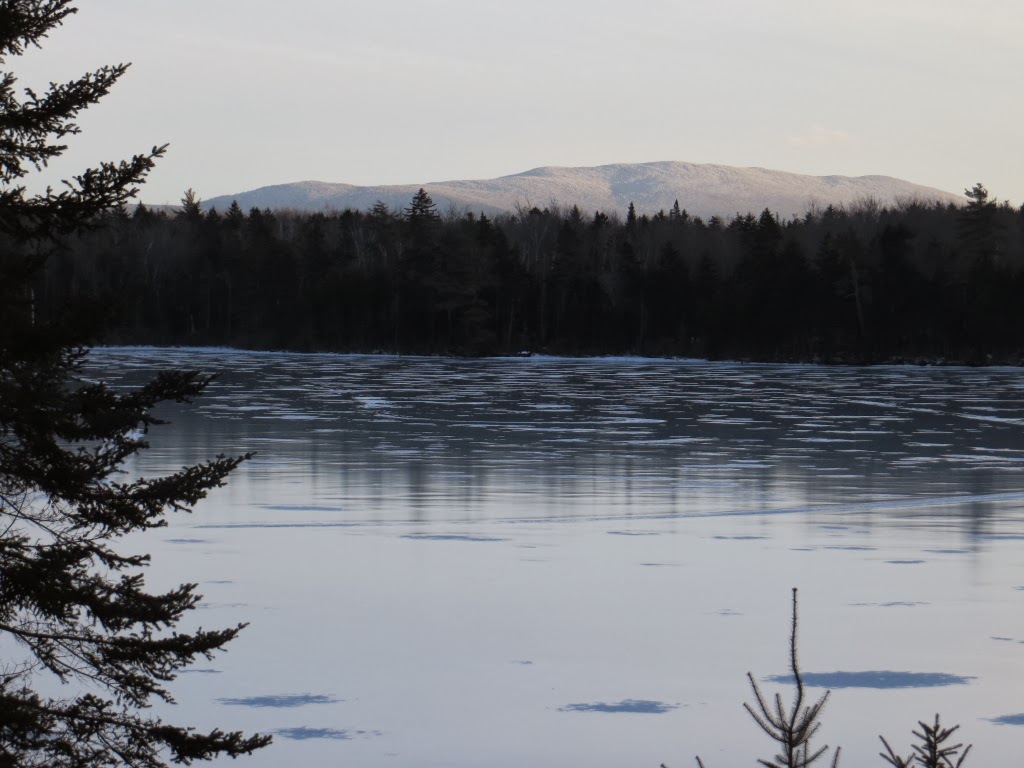 A quick look at the rugged face of Mt. Mist, then time to head for the highway. 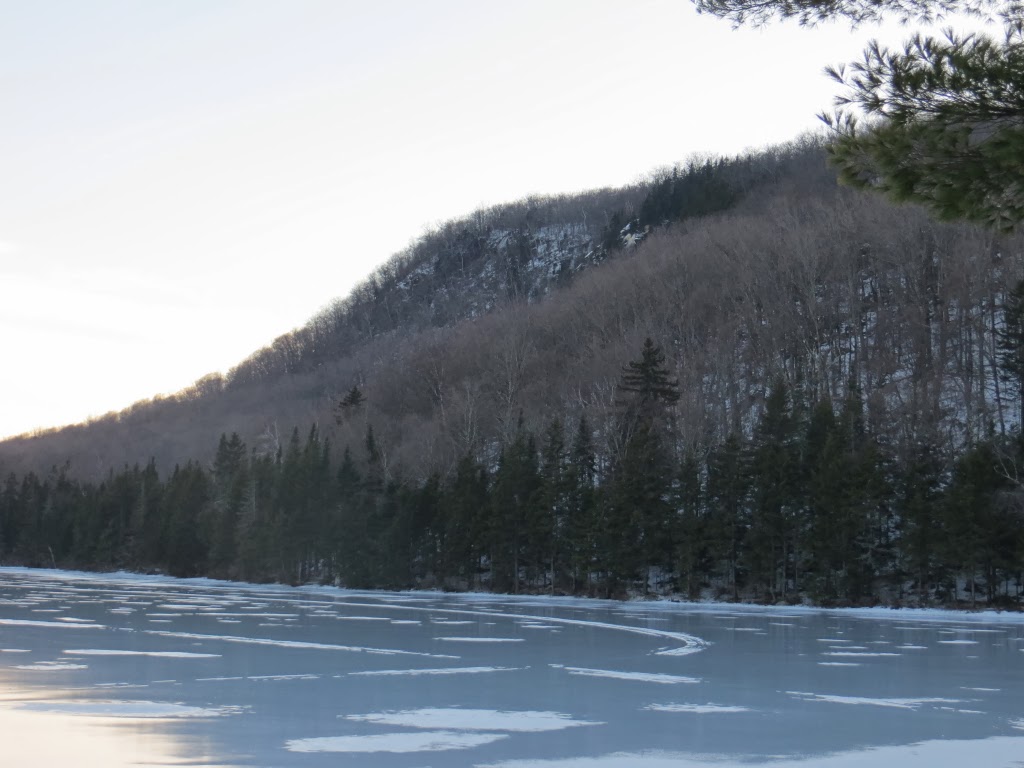