A morning snowshoe with Carol and our friend J.R. Stockwell, with fresh snow and sunny skies. A beautiful day!

Pine Island Brook has frozen up pretty well since the big thaw/rain on January 28. This blurry photo shows an unusually tame Red-Breasted Nuthatch that took turns alighting on each of us. Never seen this before. 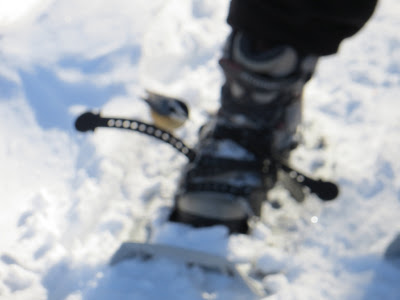 J.R. 'shoeing through the hardwoods. 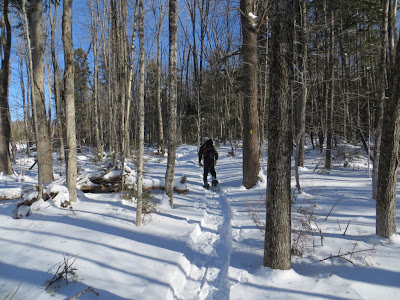 J.R. took a nice photo of Carol and me. Thanks! 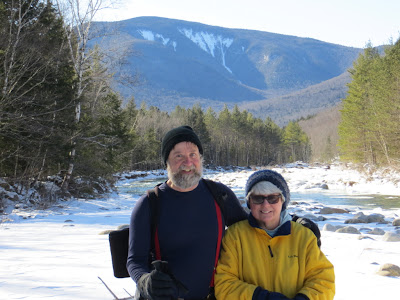 J.R. checks out the view from a powder-covered outwash. A true adventurer, he was climbed the icy slide seen on the L on Scar Ridge, in the background. 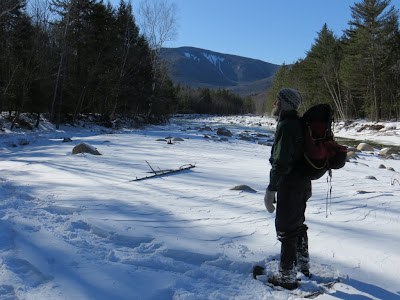 Carol 'shoeing through the conifers. 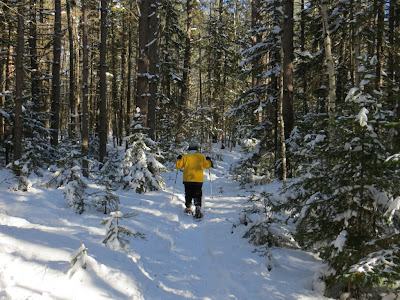 View of Whaleback Mountain and its ledgy spurs. 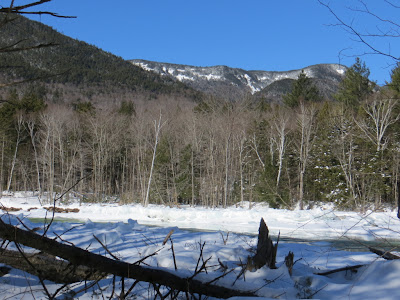 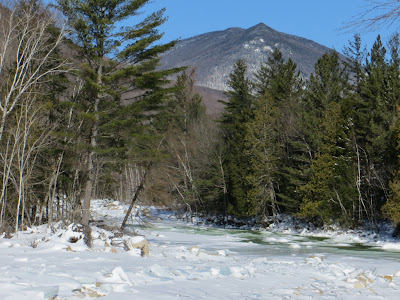 Carol and J.R. snowshoeing along "the beach" near the north end of Pine Island Trail. 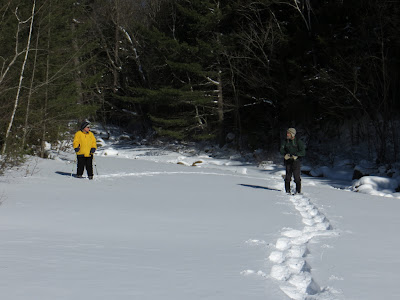 Mt. Flume and a spur of Whaleback Mountain loom above a bank heavily eroded by Tropical Storm Irene. 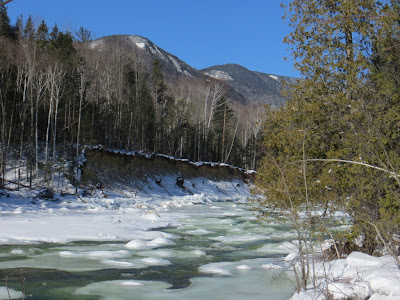 From an outwash near the Pine Island Trail, a view upstream to West Bond and Bondcliff. 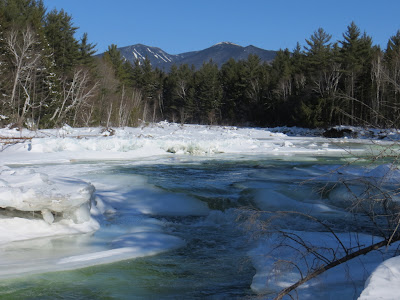 J.R. has climbed, in winter, three of the five south-facing slides on West Bond. Overall, he has fashioned at least three bushwhack routes to every NH 4000-footer, so far. 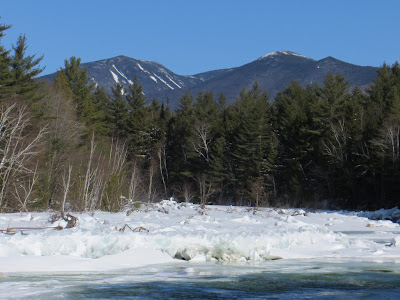 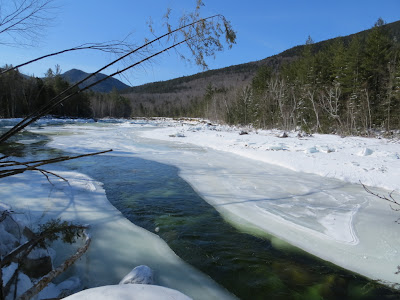 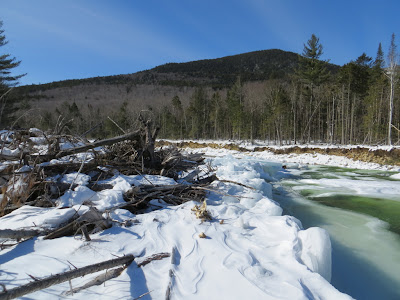