With a half-day off, a close-to-home bushwhack I had done several times before beckoned: the eastern slide on Big Coolidge Mountain in Lincoln. The lower part of this slide is gravelly/stony and pretty whacker-friendly and has some unusual views; the upper part consists of very steep, smooth slabs, pretty hairy terrain, especially this time of year. I've never ventured to the upper part. The partial view of the slide seen below was taken from a development road at Loon Mountain resort. 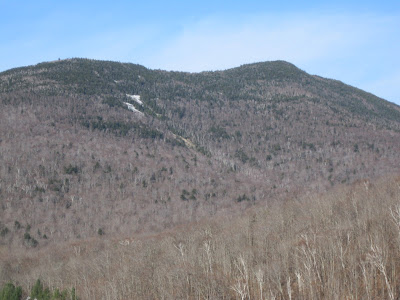 The approach to the slide is via the old Osseo Trail, officially abandoned in 1983 due to condo construction, but still sporadically maintained by local residents up to Whaleback Mountain. 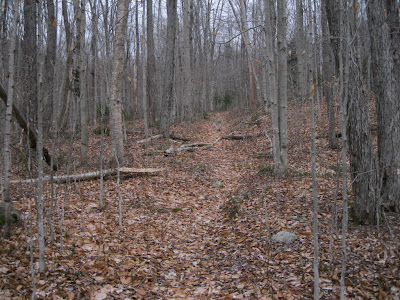 In its lower part the old trail parallels Clear Brook. 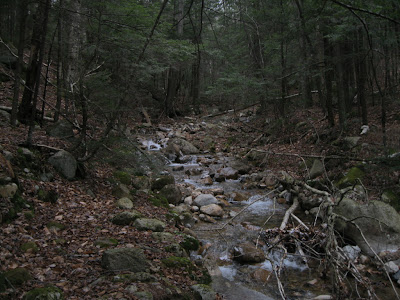 After hiking up the old Osseo a ways, I struck off into the woods to climb to the slide. The lower part of the whack was mostly open hardwoods. Partway along I passed this neat boulder in the woods. 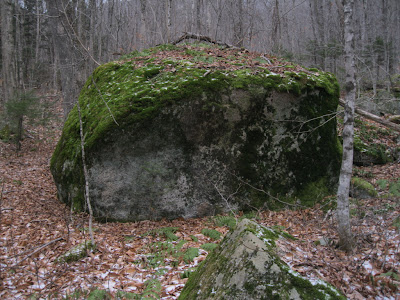 After pushing through some fairly dense growth, I emerged by these big rocks at the base of the slide. 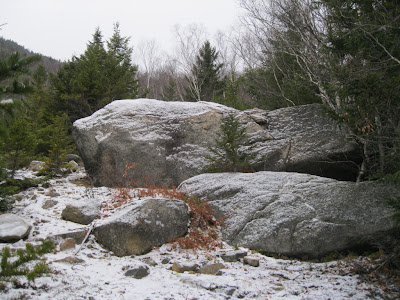 Looking up the slide from the bottom. 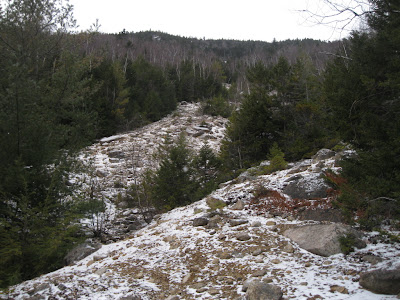 The main lower part of the slide is quite open and easy to climb. 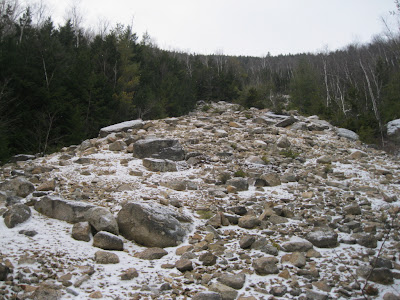 There are some interesting views, such as this close-up of looming Whaleback Mountain. 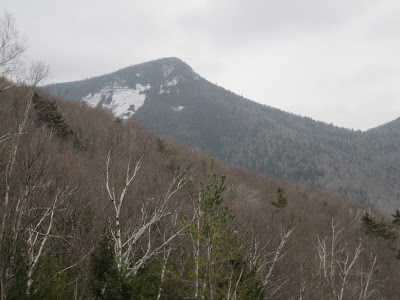 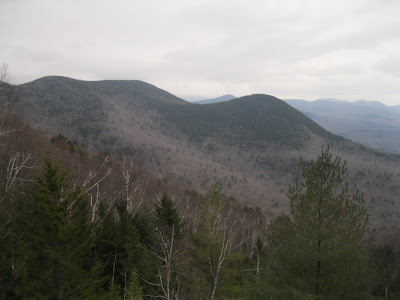 Scar Ridge, seen across the valley. 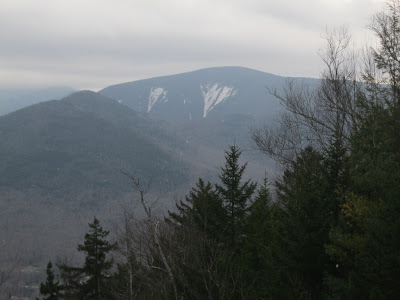 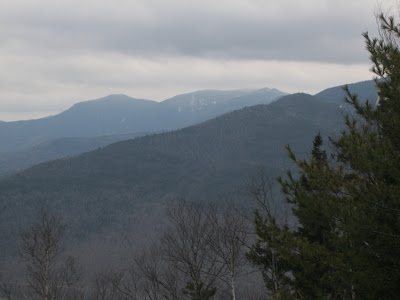 The neatest view looks up the East Branch and Hancock Branch valleys all the way to Kancamagus Pass, in the top center of the photo, with Mt. Huntington on the L and Mt. Kancamagus and the Osceolas on the R. 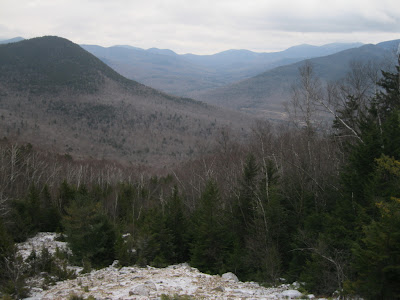 A zoom on the distant view. From here Kancamagus Pass is just a saddle in a range of mountains. It makes you appreciate the magnitude of constructing that road. 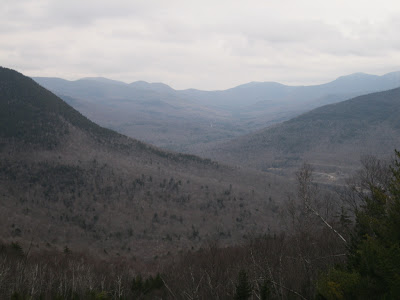 There are several small sitting rocks on the slide, making a boot shot possible. 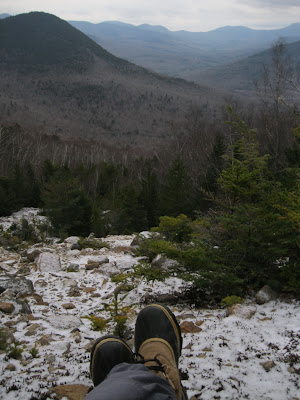 After an hour or so it was time to head down and get the store open. The usual route I take to the slide uses a couple of little "hogbacks" with nice woods. 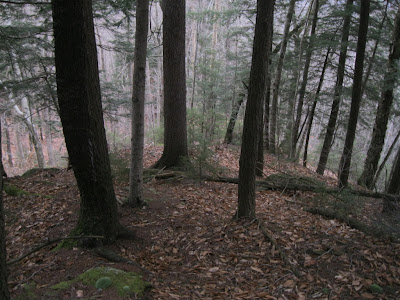 A pleasant hardwood draw on the lower part of the whack. 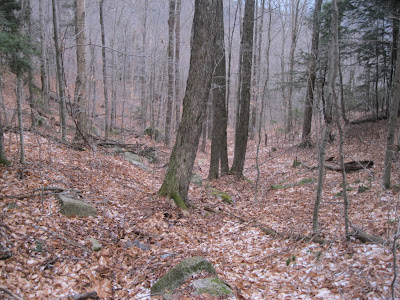 Heading out on the old Osseo Trail, with Loon ski trails in the distance. 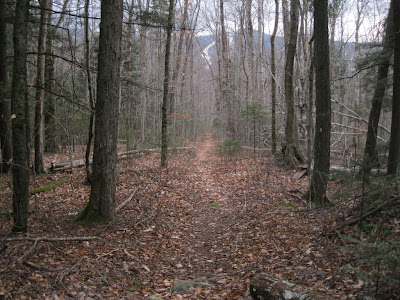