My wife Carol and I went for a short hike to East Pond off Tripoli Rd. on a beautiful Sunday morning. At the trailhead kiosk, there was a list of trail adopters from the Pemigewasset Ranger District - a successful program indeed! Carol and I adopted the Pine Island Trail at Lincoln Woods last summer, but a month later parts of it were obliterated by Tropical Storm Irene. A relocation has been flagged by the Pemi trail crew and it should be reopening this summer.

The East Pond Trail is adopted by Ellen Ruggles (Kanc Highway to height-of-land) and Carol Lowden (Tripoli Road side, I believe). 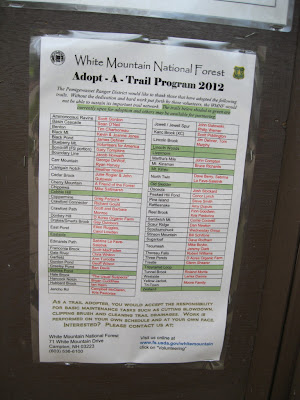 After an initial section on a grass-grown gravel road, the East Pond Trail follows an old wagon road through hardwoods. 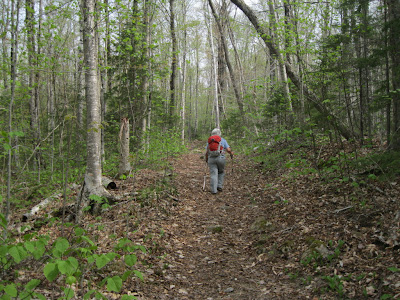 A pleasant birch-lined section of the trail. 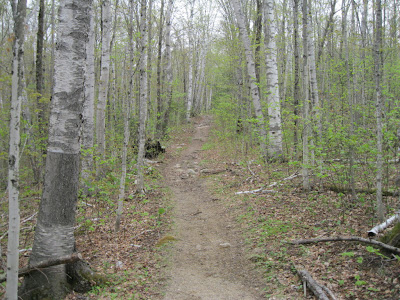 Looking upstream along East Pond Brook, where the trail crosses on a snowmobile bridge. 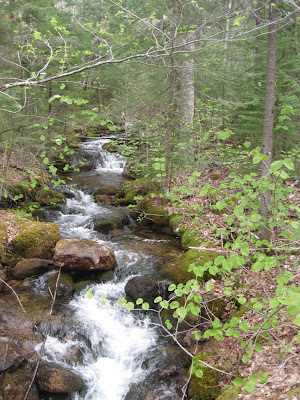 East Pond is a real beauty spot, with the deep col between Scar Ridge and Mt. Osceola as a backdrop. The green-tinted pond has a nice open rocky shoreline, unlike Little East Pond, which is closed in by dense brush (but is still a beautiful place). It looks larger than its measured 6.5 acres, and it's 27 ft. deep in the middle. Though it is a tempting camping spot, the Forest Service has established a 1/4 mile Forest Protection Area around the pond where camping is not allowed. 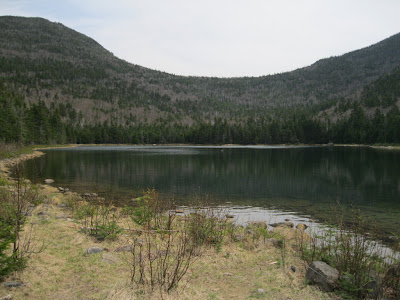 Near the outlet are the underwater remains of an old dam, a reminder of the Livermore Tripoli Co. operation of a hundred years ago. For a few years, tripoli, or diatomaceous earth, was dredged out of the bottom of East Pond and processed at a mill down near the Little East Pond Trail junction. The Livermore Tripoli Co. was owned by Charles B. Henry, youngest son of the infamous Lincoln logger J.E. Henry. The company didn't operate for very long, as apparently there were some difficulties in processing the tripoli product, which is used as a polish for industrial purposes. For much more on this interesting bit of White Mountain history, see the Logging in Lincoln website. 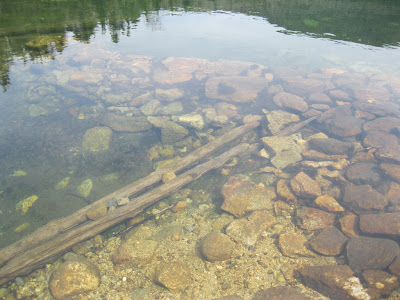 The tripoli miners dug this channel in the outlet brook at the south end of the pond. 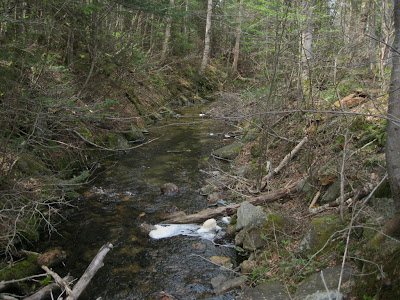 Carol admires the view across the pond to the south knob of East Scar Ridge. East Scar's north knob is a New Hampshire Hundred Highest peak, and is a generally miserable bushwhack, speaking from my two encounters with it. 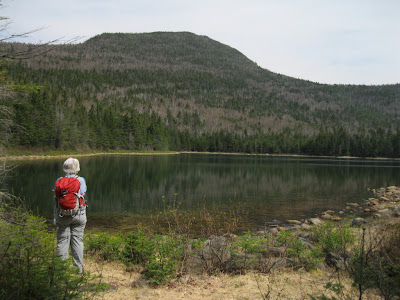 We followed the trail north behind the west shore and emerged at the pond-edge for a different perspective, with a ridge descending from West Osceola on the R. 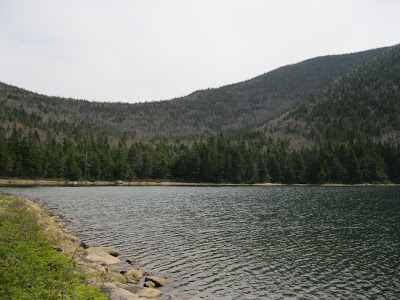 Leatherleaf, an ubiquitous shrub of pond shores, was in bloom here. 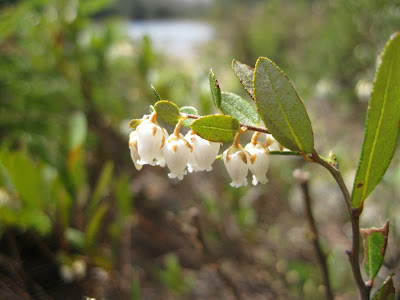 The trail behind the west shore is a lovely corridor of conifers. 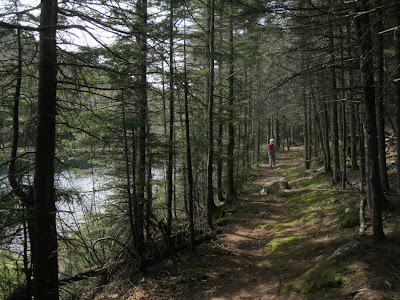 Heading back down through the sun-drenched spring hardwood forest. We didn't have time to explore the tripoli mill site, hidden in the woods just east of the Little East Pond Trail junction. There are some old foundations and other things to be seen in there.
East Pond is a great morning or afternoon jaunt, about 3 miles round trip with 800 ft. of elevation gain. 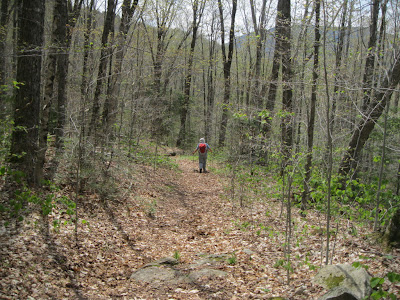