The Three Ponds area in the southwestern White Mountains is one of the most interesting wild nooks in the region. Numerous ponds and wetlands are tucked into a broad upland valley between the high, wooded crests of Carr Mountain and Mt. Kineo. There are actually two drainages in the valley - Sucker Brook on the west side, traversed by the Three Ponds Trail and holding Foxglove Pond and the Upper, Middle and Lower Ponds; and Brown Brook and the Mt. Kineo Trail on the east side, where a long string of swamps and marshes forms one of the largest wetland complexes in the Whites.

Late fall is a favorite time to visit the expansive hardwood forests of this valley. For a not-very-long trek you are rewarded with some fine scenery in a peaceful and remote setting. For this leisurely exploration I opted for the Brown Brook Marshes on the east side of the basin. Starting from the Three Ponds Trail off Stinson Lake Road, I soon turned right on the Mt. Kineo Trail. 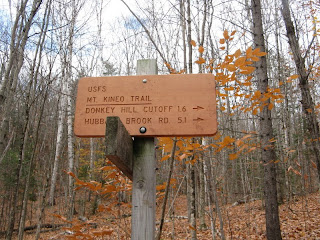 For a mile this is a narrow footway rolling through a fine open hardwood forest along the flank of Black Hill. 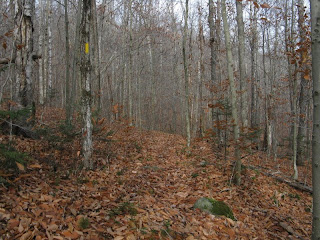 Where it turns left onto an older route of the trail, it has been significantly widened the last two years for snowmobiling. 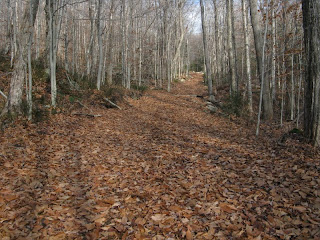 After a half-mile the snowmobile trail goes left on a relocation, while the hiking trail continues ahead past some boulders. 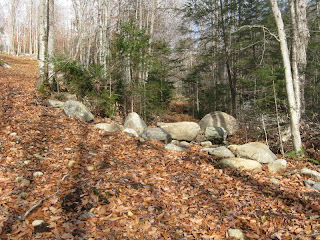 Just beyond this split is a pretty cascade and pool on Brown Brook. 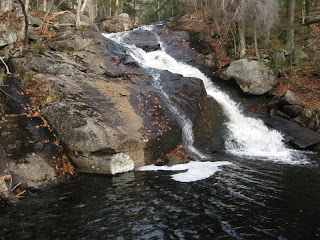 Not far above the cascade, the Mt. Kineo Trail crosses the brook (where the snowmobile trail rejoins and Donkey Hill Cutoff goes left) and soon comes beside the first of the Brown Brook Marshes. 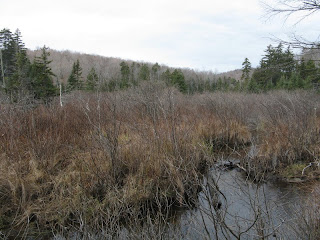 As the trail proceeds north in this flat, wet area, other wetlands can be visited with short forays off-trail to the left. This marsh is overlooked by a northern spur of Carr Mountain. 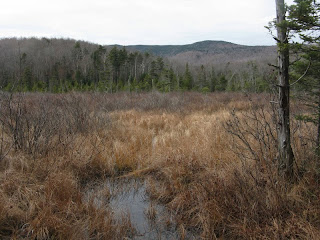 The trail crosses a tributary brook by this wild wetland. 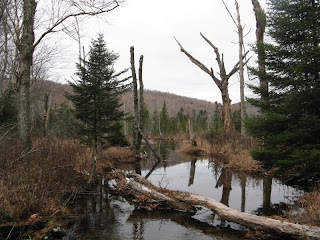 Looking across to the north ridge of Carr. 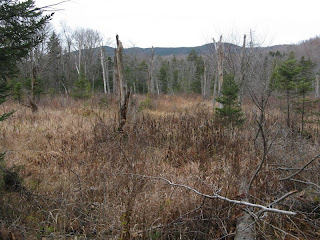 Where the trail turns up to climb to the crest of Mt. Kineo, I continued ahead, whacking through open hardwoods. My objective was a small cliff I had once visited on the lower slope of Mt. Kineo. As I remembered, above the floor of the valley it was a short bushwhack, but quite difficult with steep, rough terrain and treacherous footing. 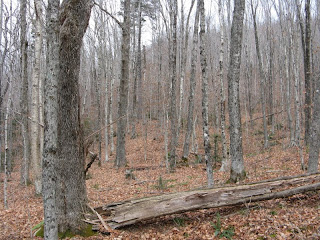 After some careful traversing I found the partly open spot atop the cliff, with its prize view of Carr Mountain presiding above the tawny marshes and the serpentine Brown Brook. 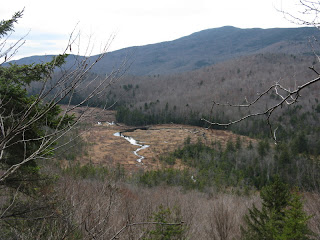 From another spot I could see farther down the chain of wetlands. 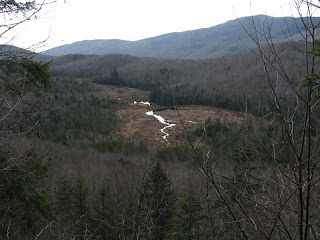 I caught a peek at the pointy little cliff, which I had originally spotted from the summit of Carr years ago. 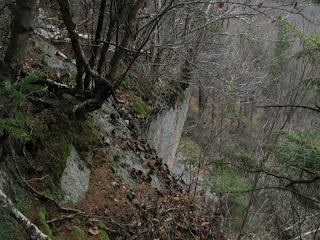 The 3453-ft. Carr is an impressive sprawling mountain. Over the years I've enjoyed several interesting explorations along its eight-mile ridgecrest, which is trailless except where the Carr Mountain Trail runs over the summit and Rattlesnake Mountain Trail climbs to its low southern end. 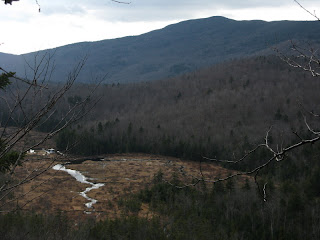 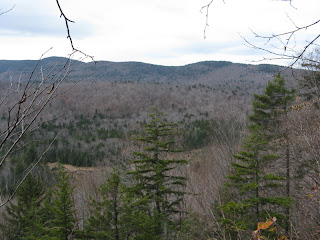 The bushwhack to get down off the clifftop was just as tricky as the way up, albeit by a different route. 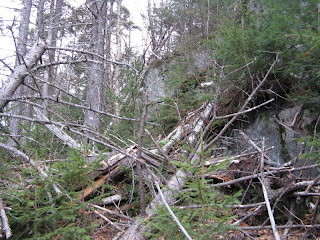 On the floor of the valley, I emerged in a beautiful, park-like hardwood flat. Whitcher Hill can be seen through the trees. 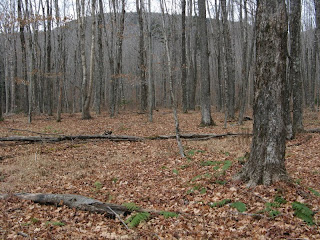 I whacked over to the northernmost Brown Brook wetland, a large open meadow. 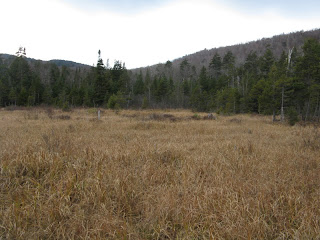 Back into the open hardwoods, temporarily lit up in the November sun. 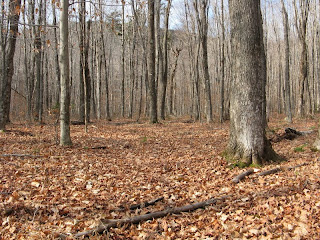 I whacked back to the south along the base of Mt. Kineo. The last time I made this traverse, I once glanced upslope and saw a fisher bounding along in the opposite direction. 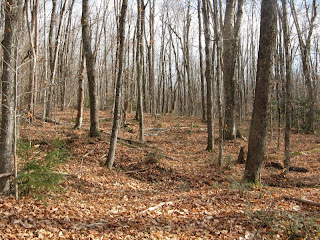 Back on the Mt. Kineo Trail, I found this view of Whitcher Hill a few yards off to the side. 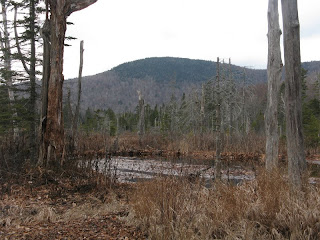 Where the trail comes beside the southernmost marsh, a serene view of meandering Brown Brook. 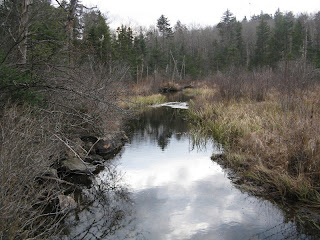 I suspect I'll be returning to this area before the snow (and the snowmobiles) starts to fly, to visit the Three Ponds or perhaps explore up on the rugged slopes of little Black Hill.
Posted by Steve Smith at Thursday, November 05, 2009