Sunny and midsummer hot - up near 90 by mid-afternoon - but thankfully not humid. Carol and I decided we would do a short hike together, after which she would head back into town and I would continue up to a high summit. Our choice was the entertaining duo of Dibble's Quarry and Sugarloaf Mountain in the Devil's Path range. 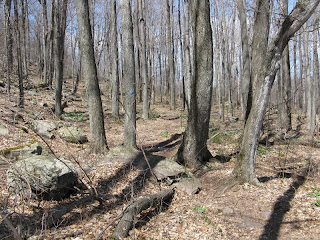 The one-mile hike into Dibble's Quarry, with just 300 feet of climbing, is one of the most rewarding short treks in the Catskills. Bluestone quarries operated all over the Catskills in the 1800s, and many of the flat stones were used for New York City sidewalks. At this particular quarry hikers have constructed some magnificent and surprisingly comfortable thrones of stone. I took the opportunity here for a PR photo for the Mountain Ear -- the Conway, NH paper for which I pen a weekly hiking column, "Nooks & Crannies." 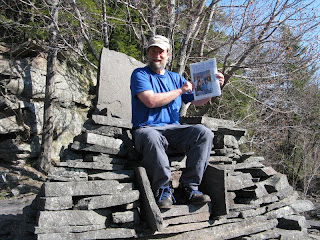 From the quarry you get good views of Kaaterskill High Peak to the north.... 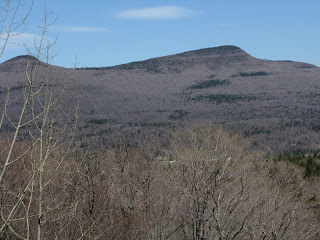 and Twin Mountain to the south. 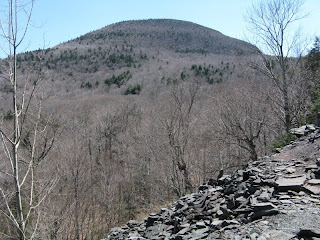 After a brief stop I headed up the trail towards Pecoy Notch, while Carol returned to the trailhead. A short distance beyond the quarry the trail crossed a brook by a nice cascade. 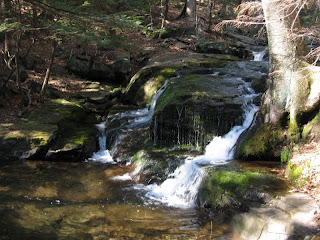 Farther up it crossed again below a newly refurbished beaver dam. Don't drink the water... 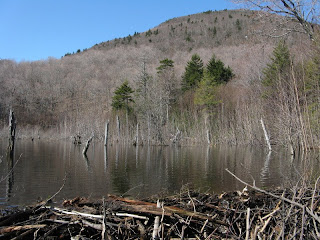 A moderate climb got me to Pecoy Notch, the deep gap between Sugarloaf and Twin. 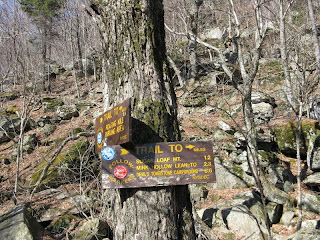 Here I turned right on the aptly-named Devil's Path, whose wildly steep and rocky pitches prompted Backpacker Magazine to name its 24-mile length the "toughest dayhike in the East." There were scrambles galore up the steep side of Sugarloaf, where most of the 1,000 ft. climb from the notch was accomplished in the first half-mile. 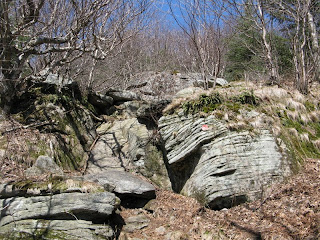 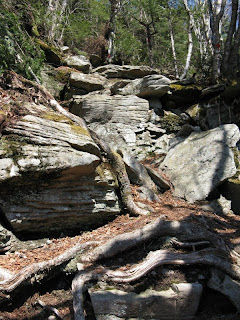 The upper part of the climb was much more gradual through dense and dark boreal forest, with long ice flows on the trail. Since the terrain was gentle, the ice wasn't too hard to negotiate. The summit itself was barely discernible, I think this was it... 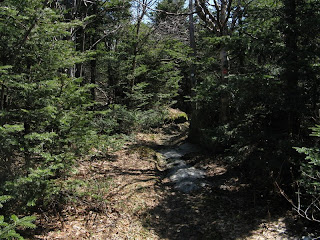 A tenth of a mile past the summit a side path led to a flat sandstone view ledge. 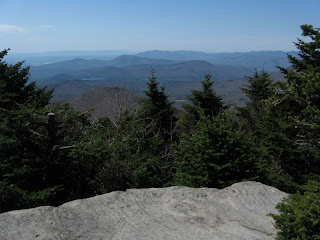 A soothing breeze and a bit of shade enabled me to relax for an hour here and enjoy the high peaks views to the southwest... 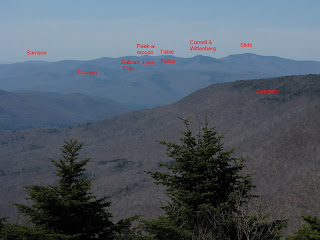 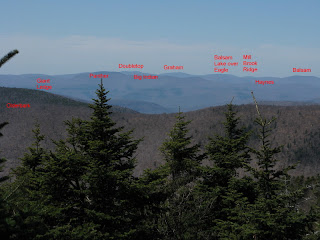 Before heading down I made a short detour west along the main trail to a rock that looked across to Plateau Mountain, the next peak in the range. On this side the trail falls a wicked 1200 ft. to the col at Mink Hollow, but that was for another day. 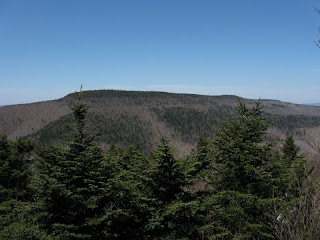 Descending back towards Pecoy Notch, a short side path led to a beautiful view down one of the long, scooped valleys typical of the Catskills. 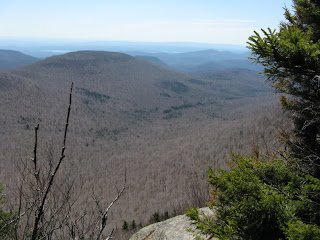 This part of the Devil's Path was just as steep going down. 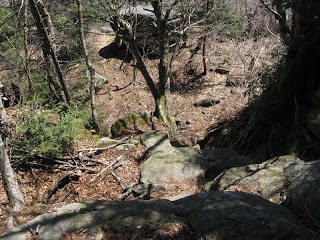 There were several vistas across to the awesome rocky face of Twin Mountain. 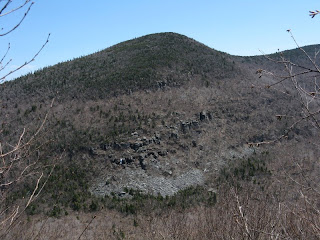 Down below the quarry there was quite a bit of blue cohosh in bloom. This flower of rich hardwood forest is uncommon in the White Mountains but can be found fairly frequently in the Catskills. 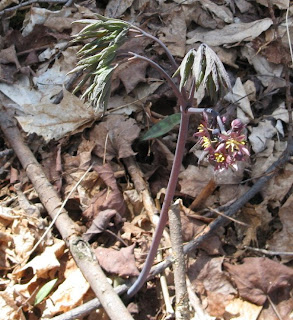 Along the trail was a classic boulder of layered sandstone. I walked slowly the last half-mile, as our Catskill vacation was coming to an end. 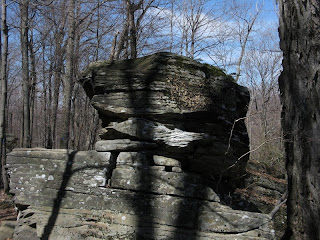 Back at our rented farmhouse, we took a last look at the view of Windham High Peak and Acra Point before heading back to New England. 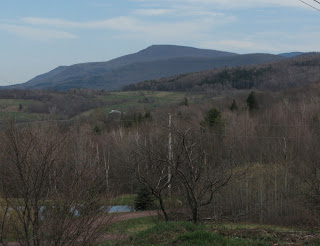