On the last of the marvelous sunny, 60-degree days we've enjoyed this early November, I returned to a favorite hike up the South Slide of Mount Tripyramid. I like this hike in November as you have sun nearly the whole time until mid-afternoon. In addition to the nice scenery of Slide Brook, and the excellent views from the slide, there's an option to bushwhack out through open hardwoods for nearly a mile before looping back to the trail.

On the gentle approach hike along Livermore Trail, I made a brief side trip to the site of the Swazeytown logging camp from the early 1900s. 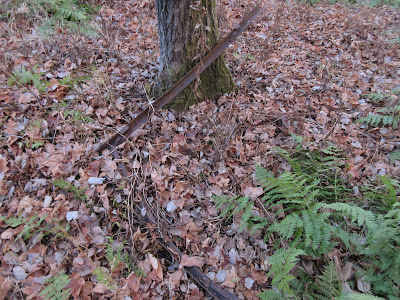 Morning sun on the Livermore Trail. 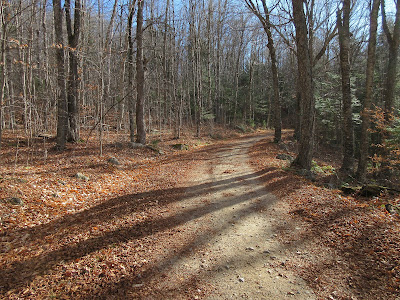 A mandatory stop at White Cascade on Slide Brook. 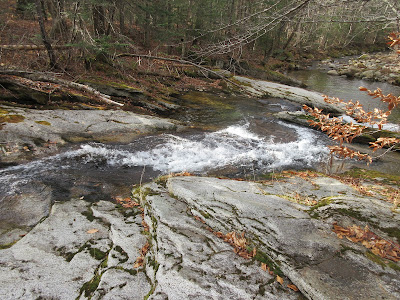 On to the Mount Tripyramid Trail, a longtime favorite. 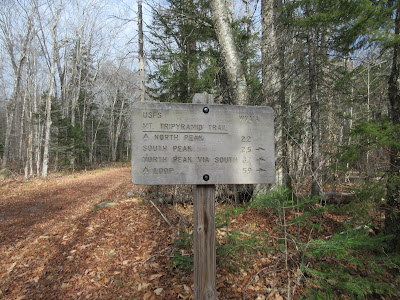 An easy crossing of Avalanche Brook this day. On the far bank a sign welcomes you to the Sandwich Range Wilderness. 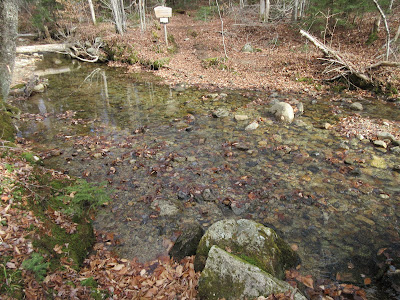 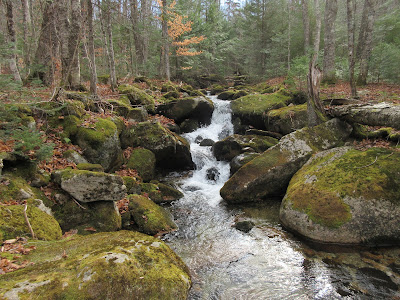 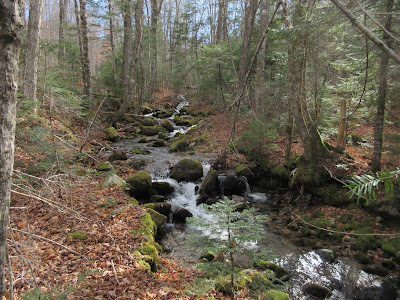 A mile up from Livermore Trail, I climbed into the open hardwood forest on the broad slope to the north of Mount Tripyramid Trail. 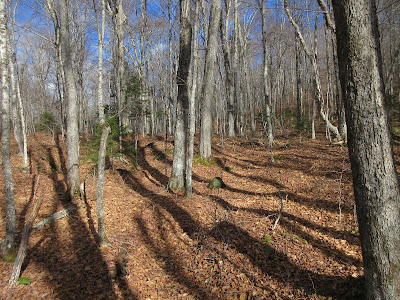 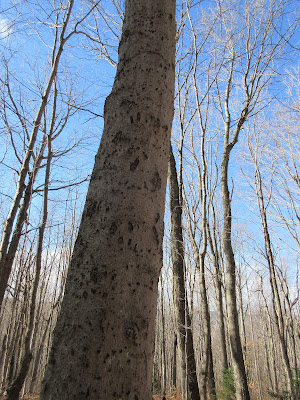 For the sheer joy of whacking... 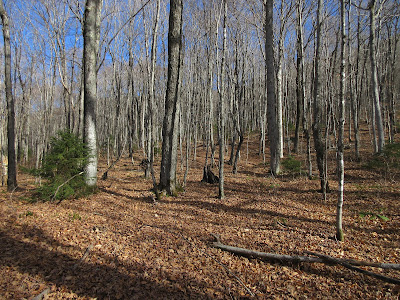 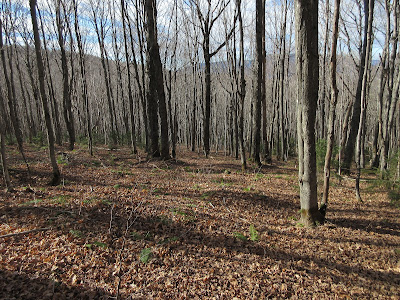 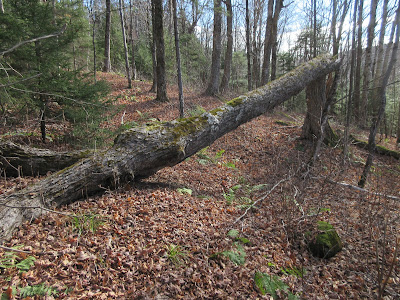 Following an old logging road in spruce forest, returning to the trail at ~3000 ft. - just below the bottom of the South Slide. 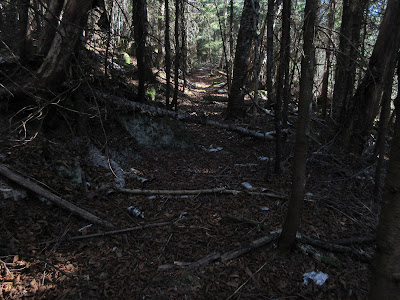 First views, from the lower open section of the South Slide. This is the earliest of three South Slides on Tripyramid. It came crashing down during an intense rainstorm on October 4, 1869. (The others fell in 1885 and 2011.) 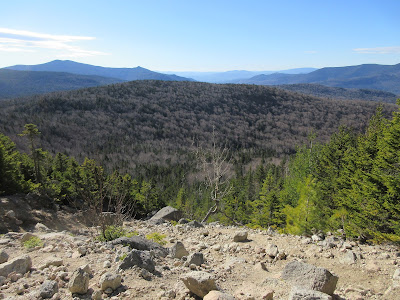 Mt. Tecumseh is seen across the Waterville Valley. 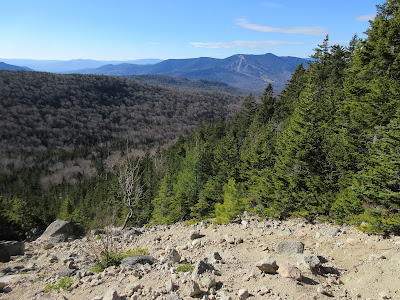 Unique to the South Slide is the view over the wild Lost Pass/Flat Mountain/Sandwich Dome region. 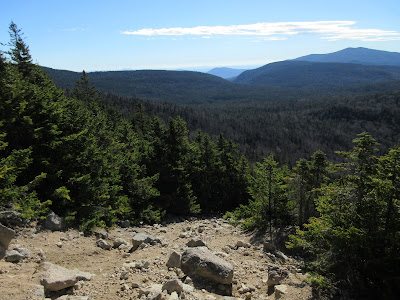 Jumbled rocks on the upper part of the slide. 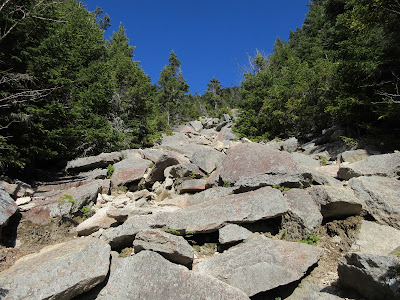 I had heard of a new post and sign marking the easily-missed junction with the Kate Sleeper Trail, and it was in sight above. 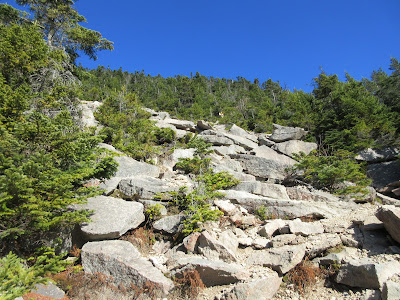 The junction is easy to spot now. Thanks go to the Wonalancet Out Door Club and the Forest Service. 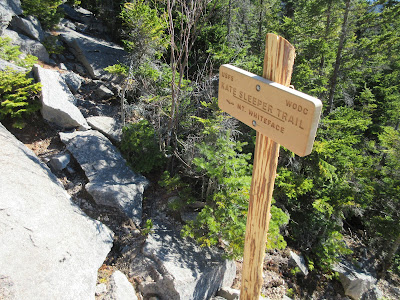 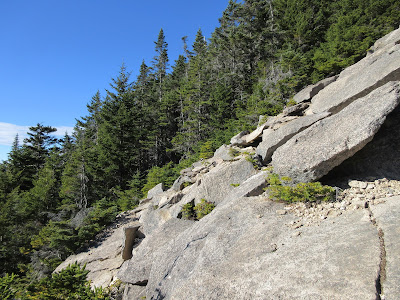 Lunch spot with a view. An hour was spent basking in the amazingly warm November sun. 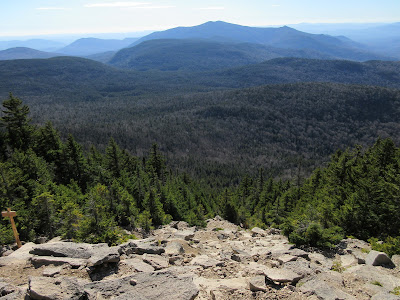 A descending hiker. For a number of years, the first South Slide, being at that time the only major slide on the mountain, was known as the “Great Slide.” Henry F. Walling’s 1877 map of the White Mountains labeled it “Slide of Oct. 4 1869.” In his comprehensive 1876 guidebook to the White Mountains, Moses Sweetser wrote that “The Great Slide on Tripyramid is considered by many visitors the most remarkable object among the curiosities of Waterville.” As such, he provided directions for trampers to access the slide, reaching it at the location known as “Beckytown,” ascending two miles up along the devastation of Slide Brook, and then climbing ½ mile in distance and 1,100 feet in elevation up the slide proper. “The upper half-mile,” he wrote, “is so extremely steep as to enforce slow advance on the part of the climber, whose footing, moreover, is often very insecure…The Slide contains many points of interest to geologists and other scientific men.” 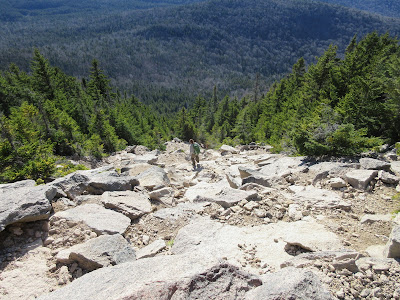 Sweetser noted that trampers would be rewarded with beautiful views of Lake Winnipesaukee and the mountains to the south and west. 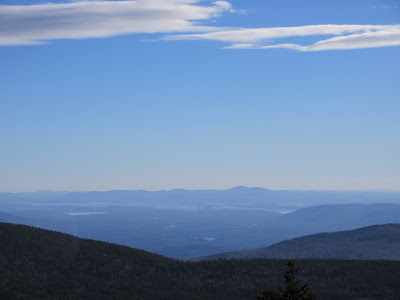 Struggle for survival in a harsh environment, a century and a half after the fall of the slide. 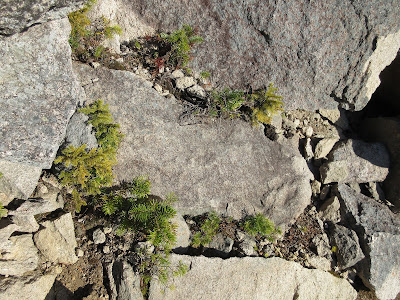 Low late day sun in a trailside sugar maple glade, not far down from the base of the slide. From here it is a generally easy 4.4 mile hike back to the trailhead. The round trip to the top of the South Slide is about 10 miles with 2300 feet of elevation gain. Caution is needed on the slide, especially descending, due to a preponderance of loose stony and gravelly footing. 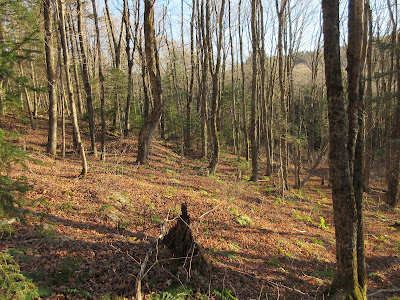