I had the pleasure of joining Willem Lange, host for the popular "Windows to the Wild" program on NHPBS, plus a quartet of Waterville Valley hikers and a film crew of three, for a leisurely hike to the Waterville Cascades. The program, focused on the hiking trails and history of Waterville Valley, is slated to run in early November.

Willem and his companion Kiki get a ride to a point partway up the trail from Brooke Wakefield, Recreation Director for the town of Waterville Valley. Brooke oversees an active hiking program in the Valley, and has created a "Waterville Valley Redliner 125" patch, earned by hiking 125 miles of trails in and around Waterville. 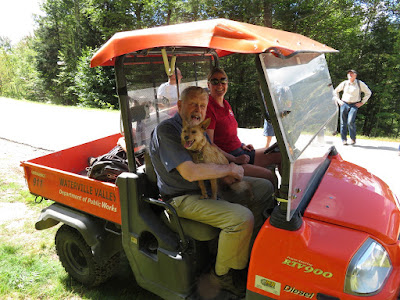 Phil Vaughn and Steve Giordani, Producers for Windows to the Wild, set up a shot of Mt. Osceola as Waterville hikers and historians Preston and Brenda Conklin look on. 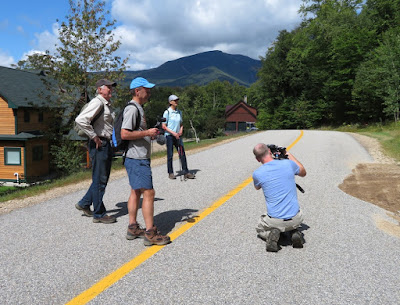 Brenda and Preston Conklin walk the Cascade Path en route to the Waterville Cascades. This path is one of the original Waterville trails opened in the 1850s by innkeeper Nathaniel Greeley. Though there are older individual trails, such as the Crawford Path, Waterville Valley is home to the oldest trail system in America. The Cascade Path is currently maintained in fine shape by the Waterville Valley Athletic & Improvement Association (WVAIA), which was founded in 1888. 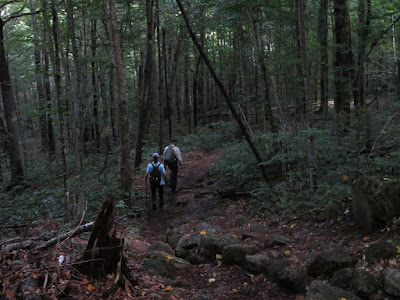 Willem, Kiki, Phil and Steve make way for a pair of passing hikers. 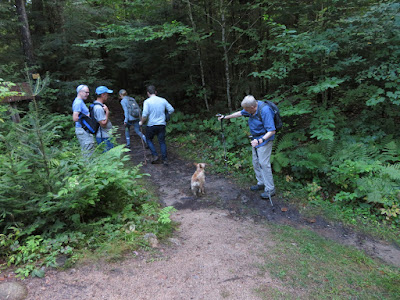 Steve, Willem and Phil at work on the program. 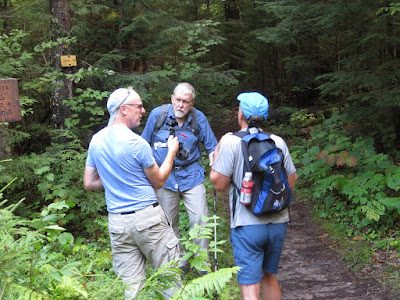 Willem makes his way up a beautiful stretch of the Cascade Path. 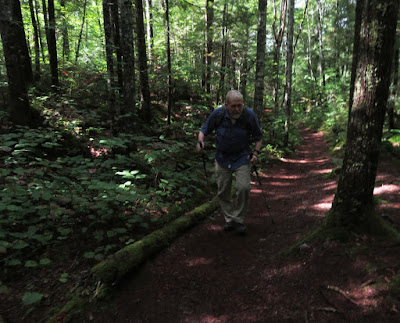 Admiring the view of the first waterfall, once known as Greeleys Cascade. 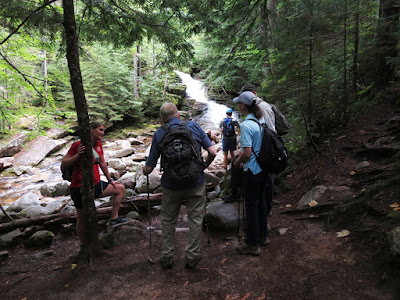 The cascades were in good flow after nearly two inches of rain the previous day. 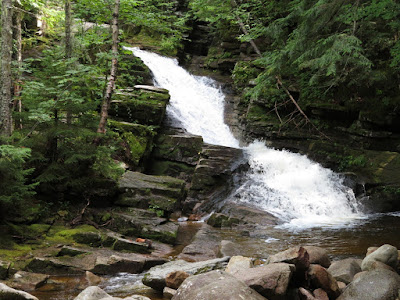 Willem navigates a steep, rooty stretch of trail. A lifelong outdoor adventurer and still getting out there at age 84, he is an inspiration to many. And Willem is a delightful trail companion, with many a fascinating and funny tale to tell. 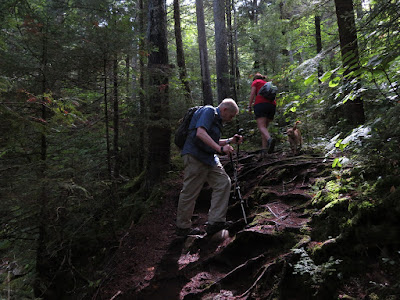 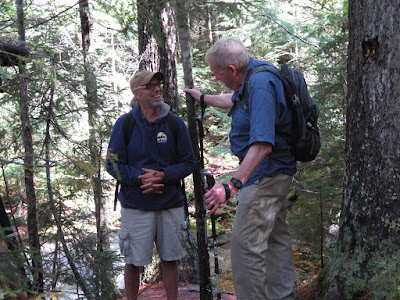 Another of the six or seven (depending on how you count them) cascades seen along the Cascade Path. 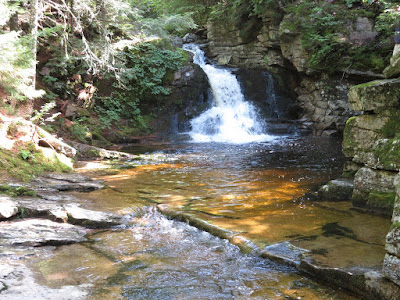 Brooke, Willem, Dan, Brenda and Preston gather on the bridge at the top of the trail as Dan's companion Friday chills out. 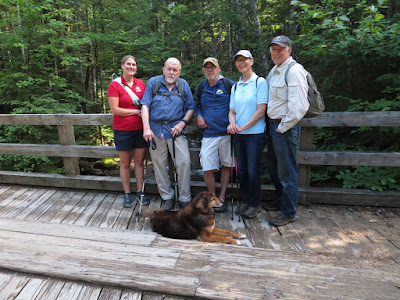 Preston and Brenda get a lift in the back of Dan's pickup. 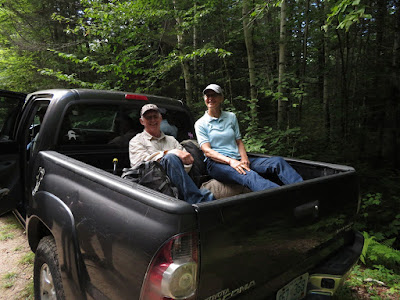 After returning from the Cascades, we headed a few miles down Rt. 49 for a short history hike on the Old Waterville Road, the original route leading up the Mad River valley. Here Preston outlines the story of the beautifully preserved Samuel Dolloff cellar hole. Samuel Dolloff and his family lived here from the 1850s to the 1890s. Four of his sons fought in the Civil War and survived. Samuel served as Waterville Valley selectman for a quarter century. In 1870 his 100-acre farm was valued at $800. 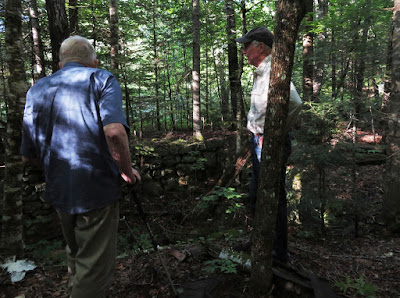 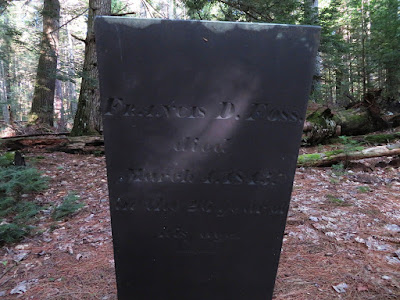