With the mountains shrouded in fog and more snow on the way for the afternoon, a morning snowshoe hike on the Cascade Path in Waterville Valley fit the bill.


There was a firm old track on the Cascade Path, with an inch of new crusty sleet on top, but as shown on this detour around a washout, off the track in the hardwoods, the snow condition was an abysmal breakable crust. Even on the track, if I strayed just a few inches from the center, my snowshoe would slide off sideways. The track was neither a trough nor a monorail; it was even with the surrounding snow surface and it required constant focus to stay atop it. Ah, spring! 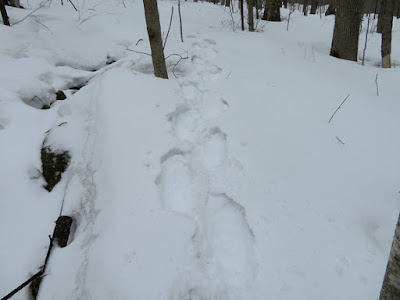 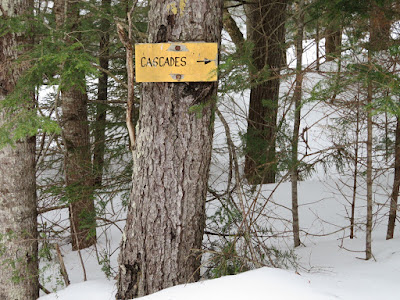 Better conditions in the conifers alongside Cascade Brook, where the old snowshoe track was a solid trough. 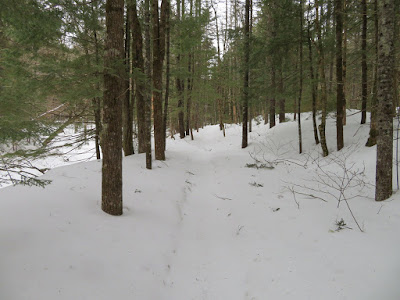 The brook was still pretty well-buried, and I was able to cross on a solid snow bridge farther up - on April 9th! 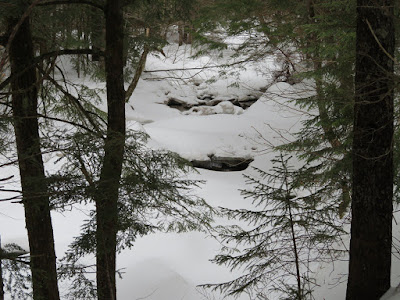 The six cascades were mostly still encased in their hard shells of snow and ice. 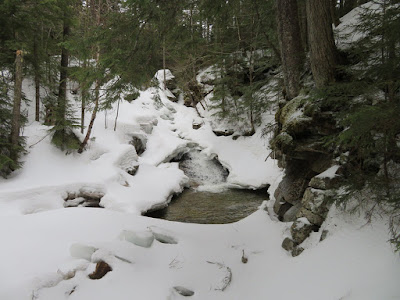 The cascades come one after another along the upper section of the Cascade Path. 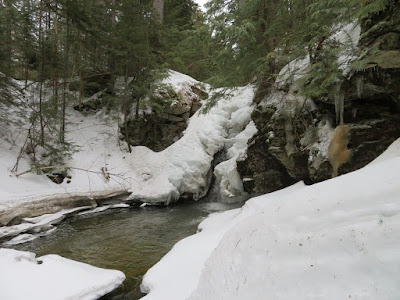 This mass of ice would make quite a splash whenever it gives way. 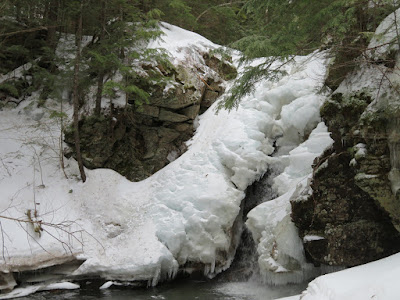 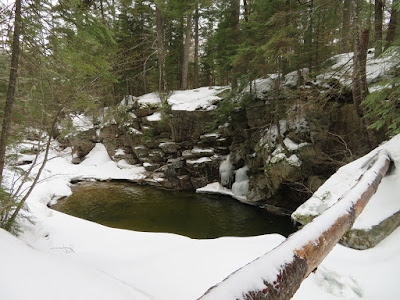 View from the middle of the brook. 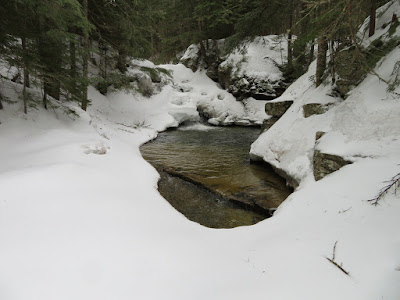 A cascade with fangs. 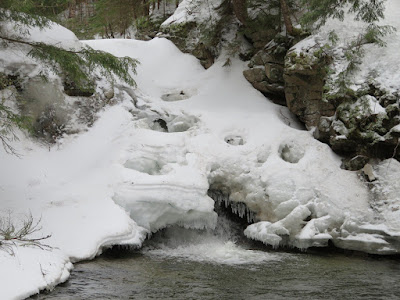 Nice hemlock woods alongside the stream. 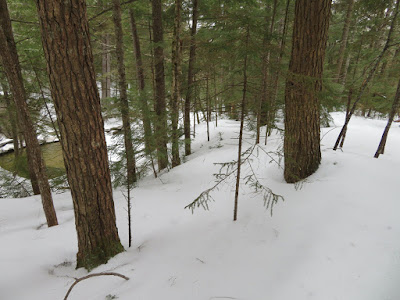 A pair of towering white pines forms a portal atop one of the cascades. 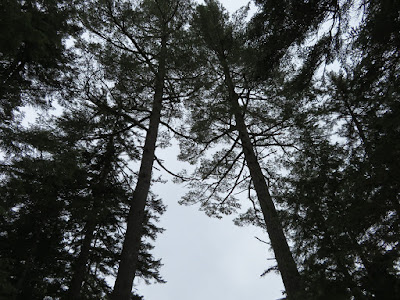 The trunks of the big pines. 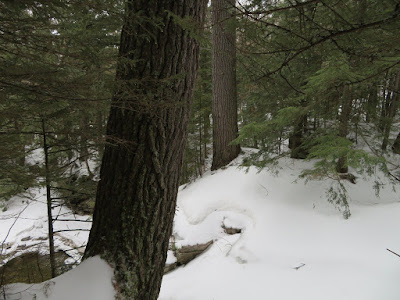 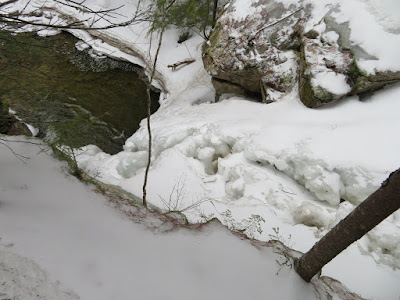 There are trails on both sides of the brook along the cascades. I think the Westside Path has the better views. 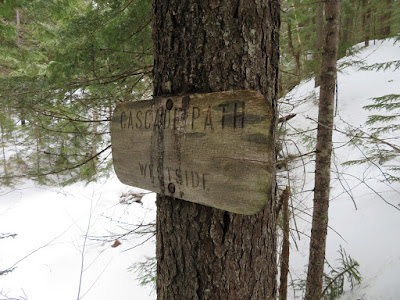 There will be snow out here for a while. 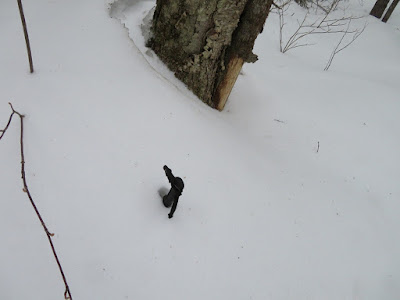