Bare ground (95%) bushwhacking in the hardwood bowl between Dickey and Welch Mountains, sheltered from the cold NW wind. An amazing assortment of boulders in there.

Went a short way up the trail on the Dickey side of the Welch-Dickey Loop, then headed off into the bowl. 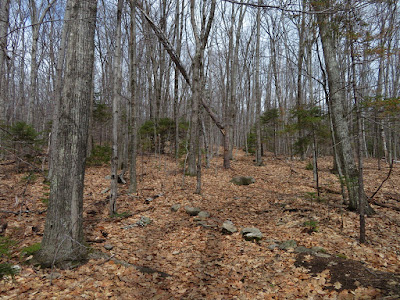 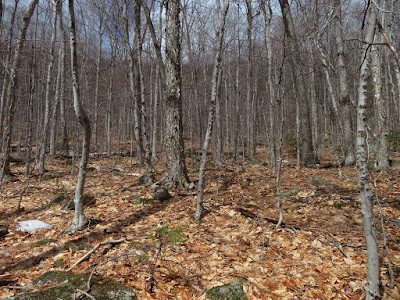 Climbers call this the "Shutdown Boulder," as its routes were developed during the 2013 government shutdown. Had to visit the "Wander Boulder," one of the neatest big rocks I've seen. 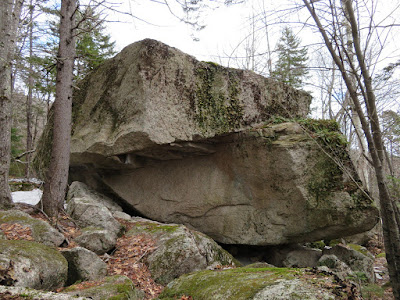 This boulder has a roof that looks like it could be a basalt intrusion in the granite. 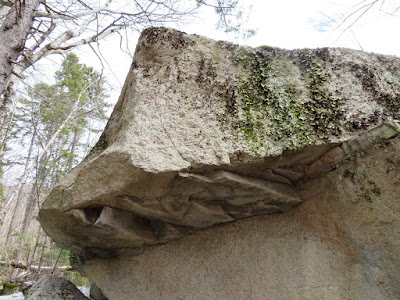 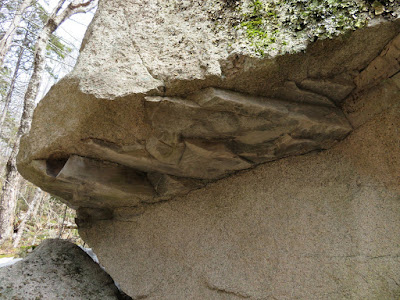 The massive back side of the Wander Boulder. 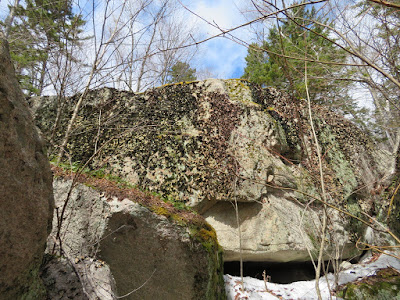 This one is called the Arc Boulder for its curving crack. 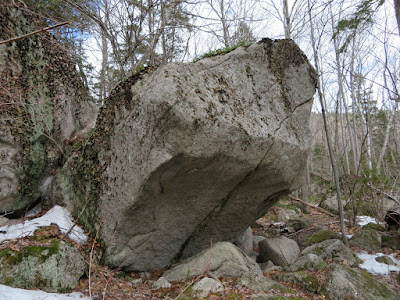 Another angle on the Wander Boulder. 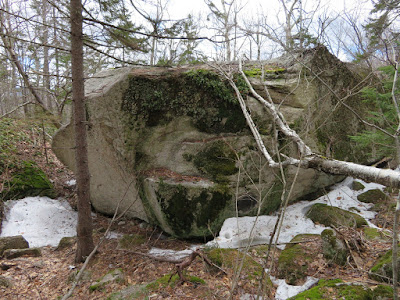 Deer poop was in plentiful supply. I did see one whitetail on the descent. 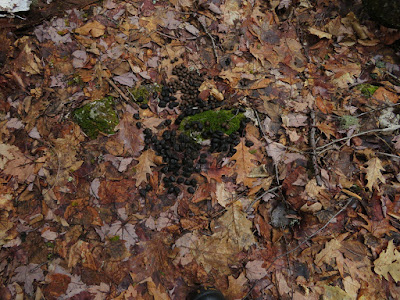 Don't know if this snail-like rock has a name. 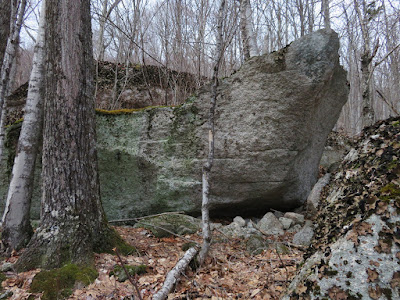 An impressive cloak of lichens. 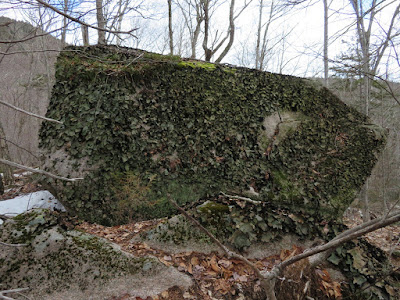 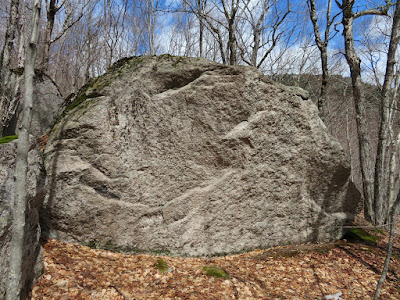 I called this one the "Close Encounters" rock. 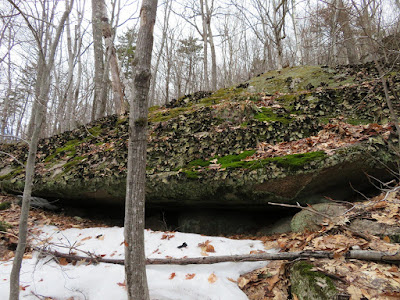 View from the top of "Close Encounters." Heard my first Winter Wren of the season sing near here. 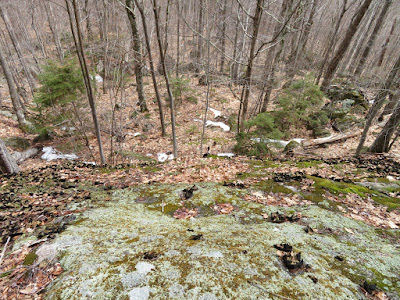 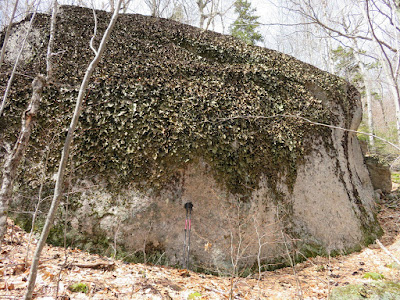 The upper side of the behemoth. 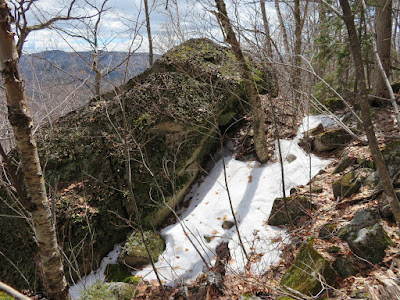 Came across a small slide that had cut a swath down through the woods. 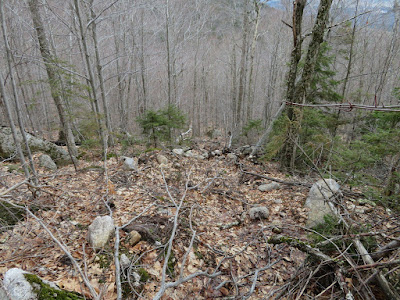 The boulders go ever on. 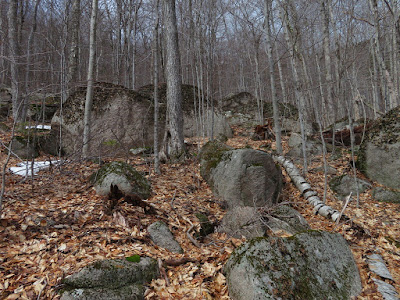 The hardwoods were occasionally illuminated by a quick burst of spring sun. 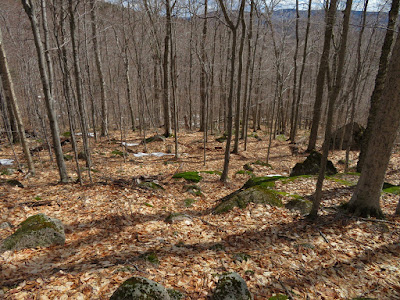 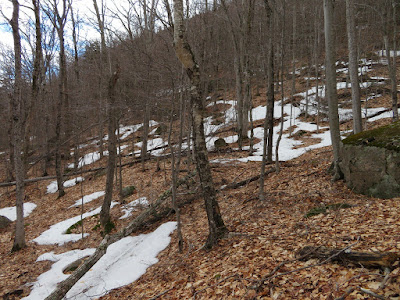 Looking down from high on the headwall of the bowl. 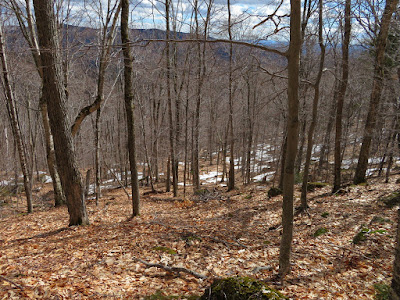 Went as high as these slabs on the south face of Dickey. Too slippery to ascend. 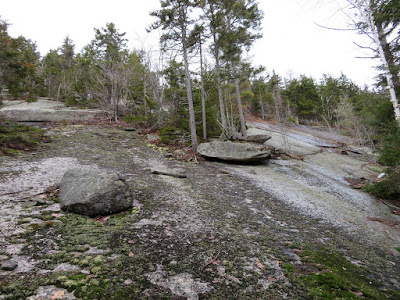 Took a break on this ledge looking south to the Campton Range. 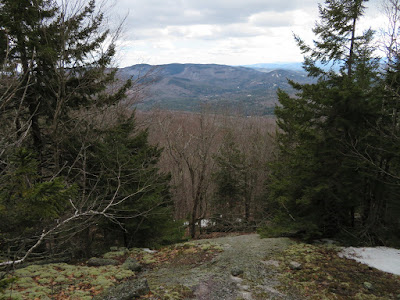 Mt. Kearsarge and Ragged Mountain in the distance. 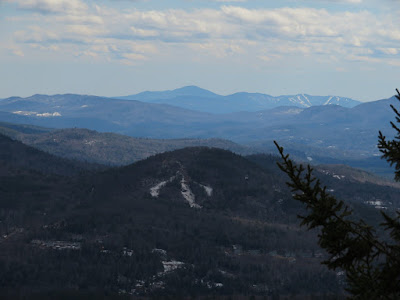 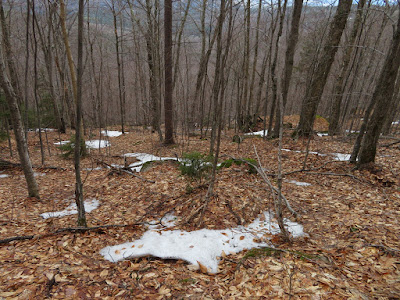 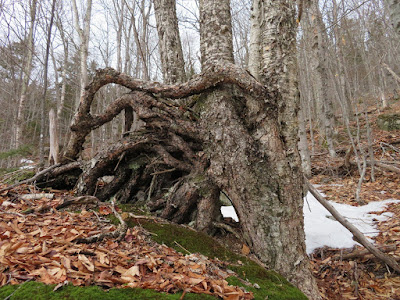 A miniature version of the Giant Stairs. 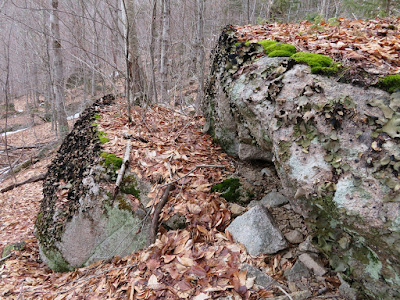 This blowdown would be some work if it was on a trail.. 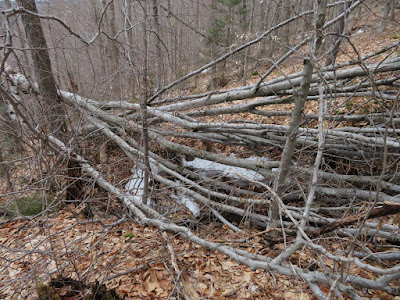 Waterslide at the junction of two small brooks coming off the headwall. 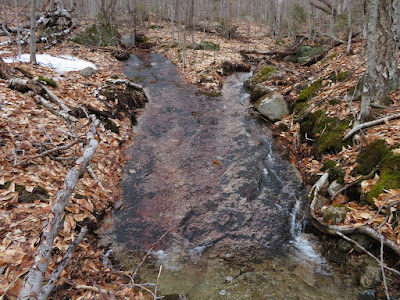