An after-the-thaw hike with Mark Klim up a winter favorite. The Starr King Trail woods were beautiful as always. Comfortable temps and excellent views today. The track was hardpacked, sledded, and postholed in places.

The lower half of the climb to Mount Starr King leads through a fine mature hardwood forest. 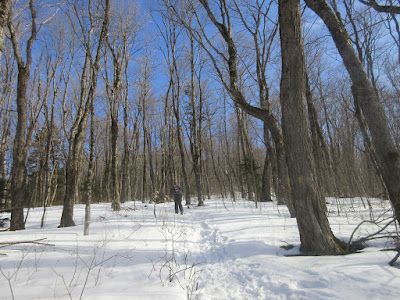 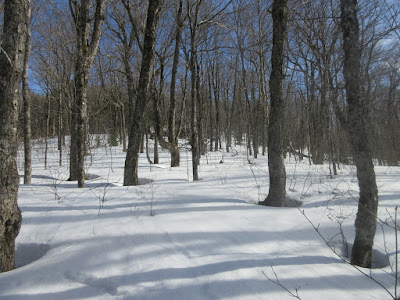 At 2900 ft. there is an abrupt transition to conifer forest. 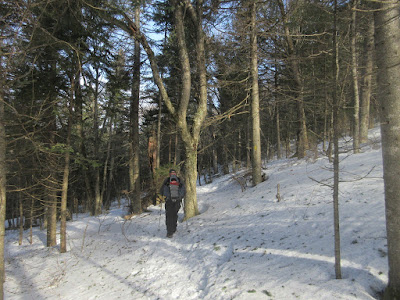 The trail makes a long traverse along the west flank of Mt. Starr King. 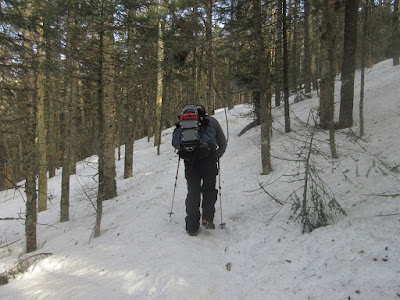 A spring partway along the traverse. 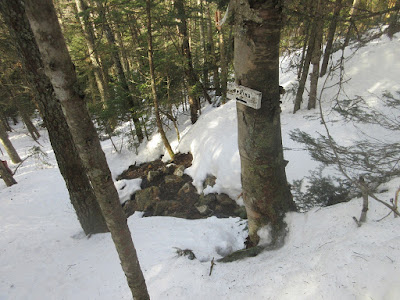 The clearing near the summit of Starr King was downright balmy in the sun, with the Presidentials gleaming in the distance. 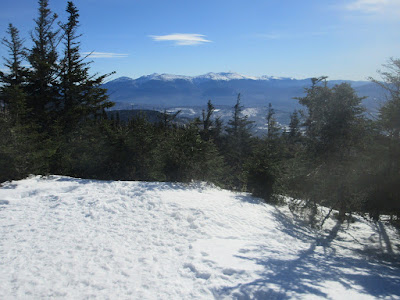 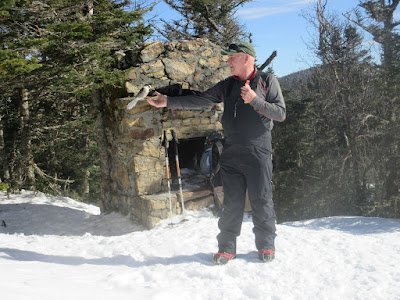 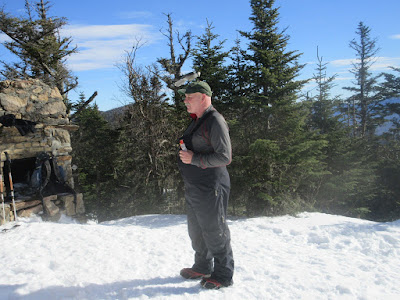 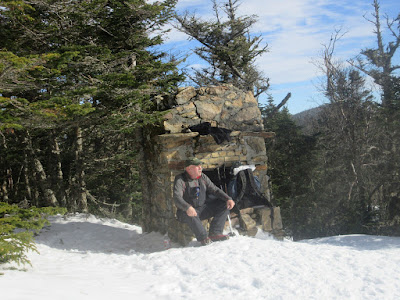 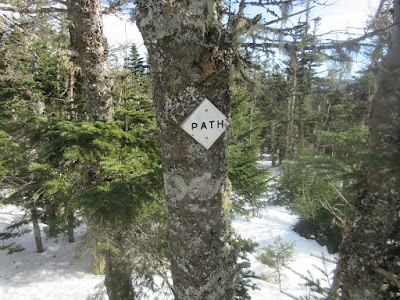 Someone badly postholed sections of the trail between Starr King and Waumbek during the warm spell. Although 'spikes were the tool of choice today, I wore snowshoes between the summits to avoid the postholes, and to make an occasional diversion off-trail in search of views. 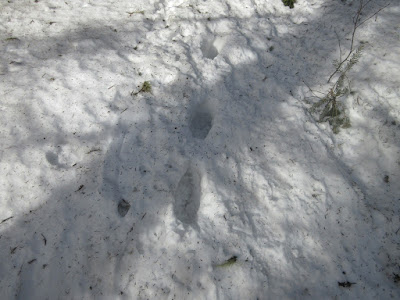 Beautiful open fir woods en route to Waumbek. The mile-long ridge walk is always a delight, though the thaw had done away with the "winter wonderland" effect. 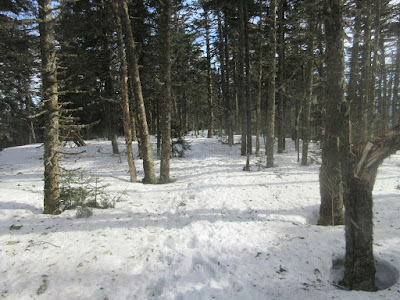 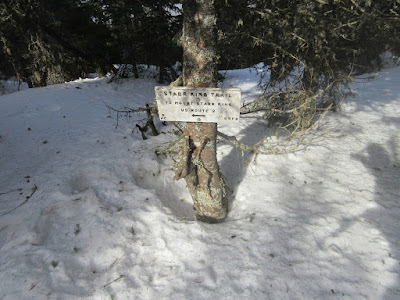 A pathway to many adventures. 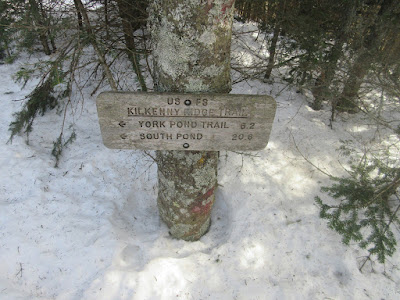 The Waumbek fir wave viewpoint, just a short distance east of the summit along the Kilkenny Ridge Trail. 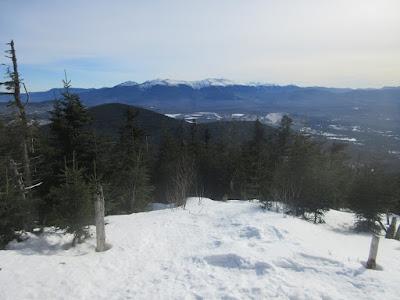 View towards the central Whites, including Bretton Woods Ski Area. 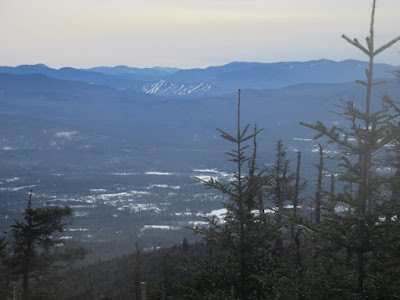 Carter-Moriah Range beyond the Crescent Range. 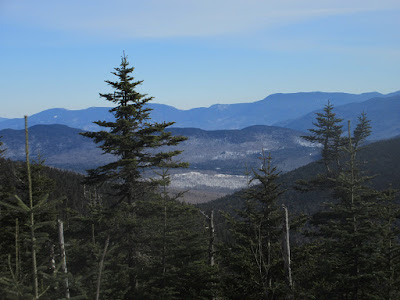 High peaks of the Presidentials. 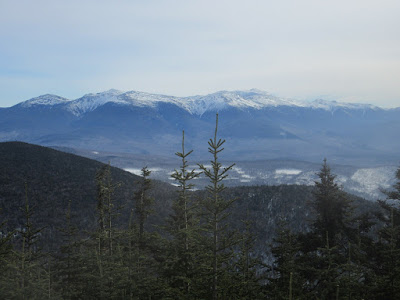 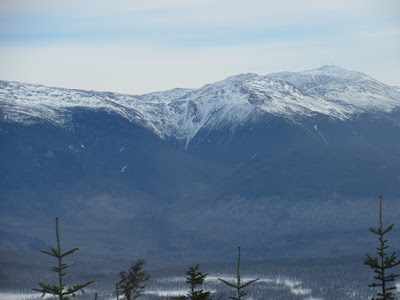 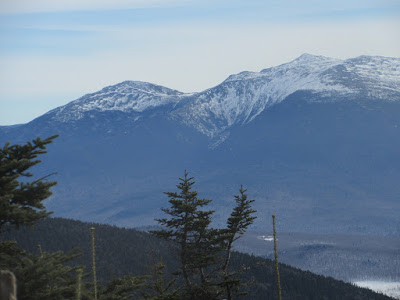 Mark takes it all in. 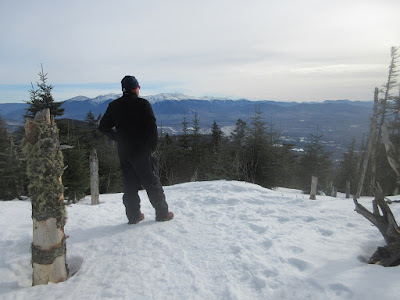 I made a short foray eastward along the Kilkenny Ridge Trail, wherever it is in these open snowpacked woods. 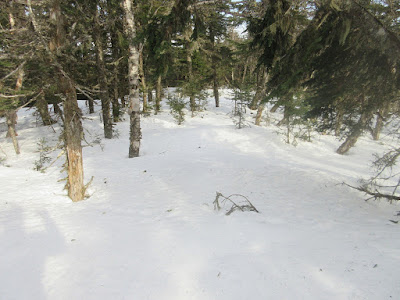 The breaking was heavy and with bad weather in the evening forecast we needed to head back, so no visit to Waumbek's neat little east summit today. 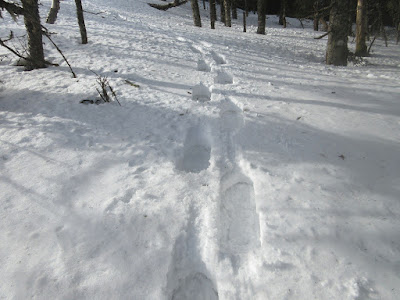 On the way back, a short bushwhack revealed a view north to Mt. Cabot and its great talus slope, with The Horn peeking out on the right. 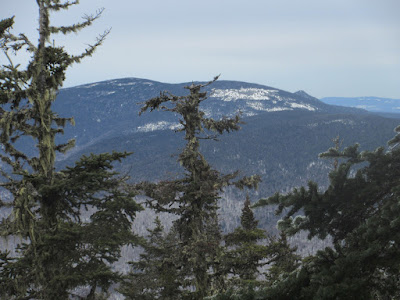 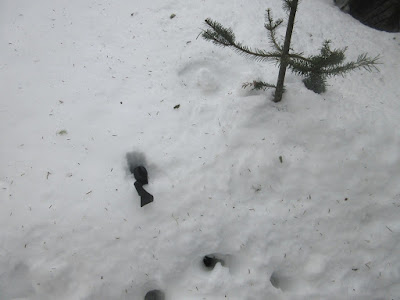 A few feet off trail at the summit of Starr King is this view of Waumbek's two summit knobs. 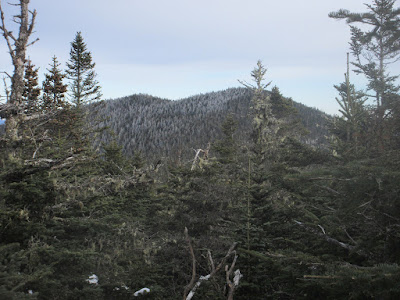 The rounded mass of North Weeks, with peaks in the Rangeley Lakes region - including the Bigelows - seen to its left. 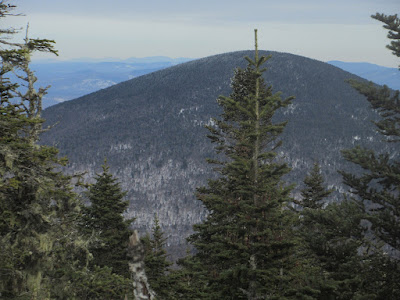 An intriguing look across the broad Willard Basin to South Terrace Mountain and its slide. Have enjoyed some interesting bushwhacks in that area over the years. Hard to believe that in the 1960s a huge Willard Basin Ski Area was proposed and partly surveyed, with ski trails to be cut on the slopes of Mt. Starr King, Mt. Waumbek and Terrace Mountain. Luckily, the project was scuttled by financial difficulties, and the area is very wild today. 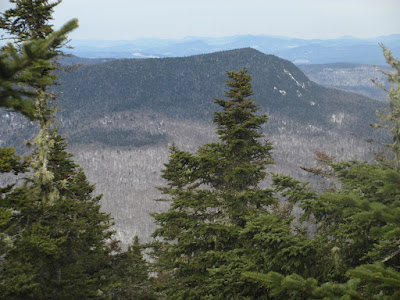