Saddled with a pesky cold, didn't have the legs for strenuous climbing or bushwhacking/trail breaking, so a valley snowshoe ramble seemed in order.
I noted on newenglandtrailconditions.com that Sabbaday Brook Trail had seen some recent traffic, as with the big snowbanks, parking has been sketchy at best at Pine Bend Brook Trail. The Sabbaday lot has been well-plowed, presumably by NH DOT. Thanks to the groups that laid down a nice snowshoe track on this trail and navigated the major brook crossings, sometimes in creative fashion. No spectacular views today, just silence and solitude in the Sandwich Range Wilderness.

Starting out with temp around 7 above late morning. 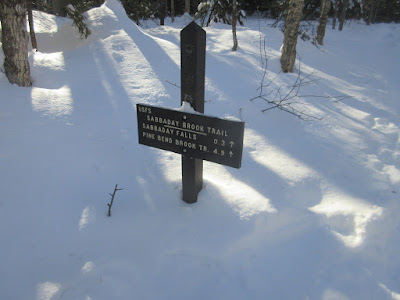 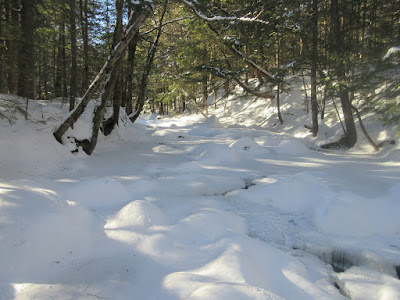 The third crossing was sketchy-looking, but manageable. 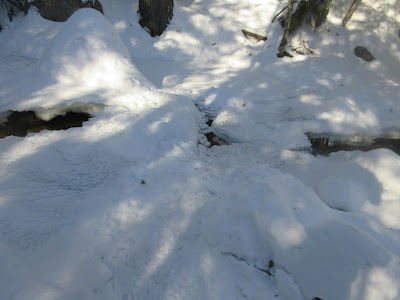 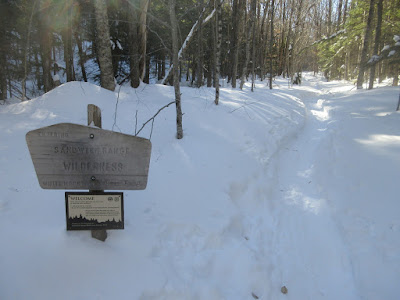 The trail follows an early 1900s tote road on the east bank for nearly two miles at mostly easy grades, though there are numerous dipsy-dos across small drainages. 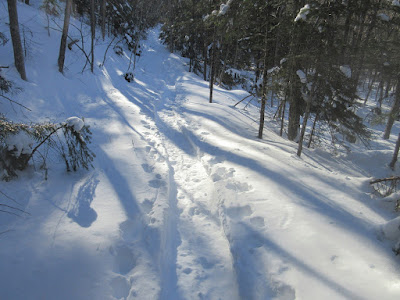 The Fool Killer is a constant presence on the R as you head up the valley. 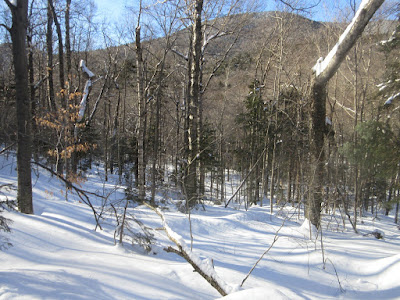 The site of the Monahan Camp of the Swift River Railroad (1906-1916). This is at 2.8 miles, just before the fourth crossing of Sabbaday. 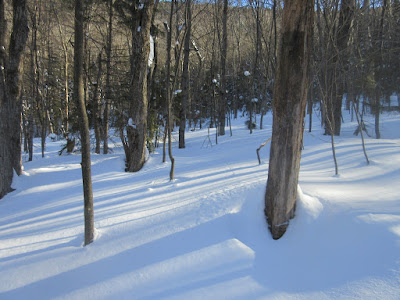 An old tote road runs along the slope below the camp location, and a previous group mistook this for the trail and followed it for about 0.1 mile before turning back. 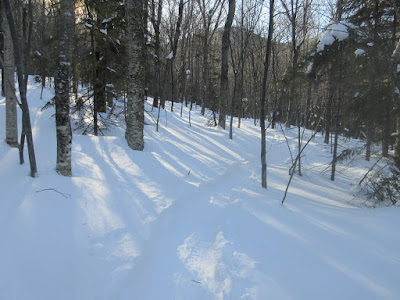 A peek at Middle Tripyramid, rising at the head of the valley. 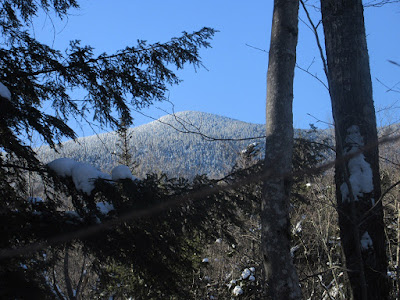 The Fool Killer looms as you descend to the fourth crossing. 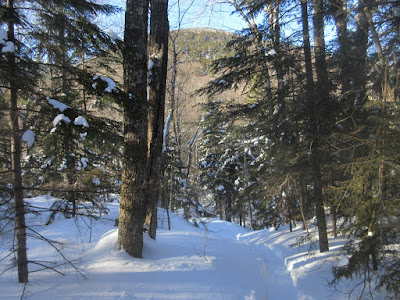 A glimpse of West Sleeper. 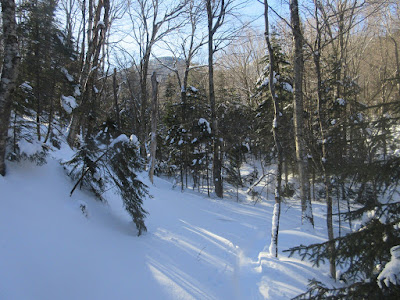 Looking upstream at the fourth crossing. 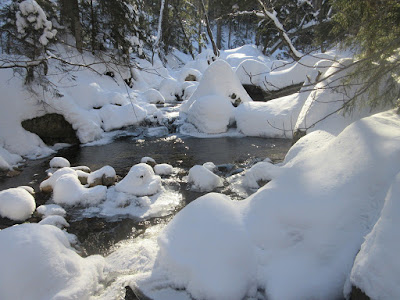 Beyond here is what I deem the inner sanctum of Sabbaday Brook, where the trail meanders up between the enfolding slopes of West Sleeper, Tripyramid and the Fool Killer. 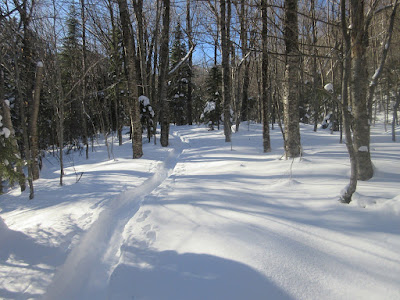 I had hoped to get far enough up the valley to do a short whack to an old slide, but about three miles in, at the fifth crossing, the effects of my cold were becoming more evident, and I ran out of gas. 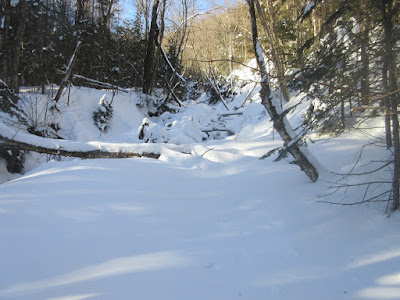 Snow depth on the brookbed. What will it be like after the big weekend storm? 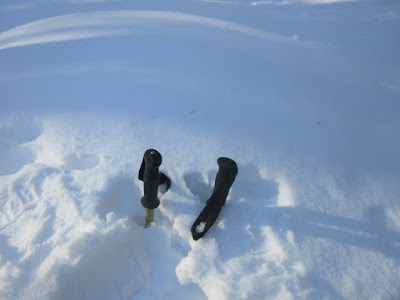 Descending towards a spur of East Sleeper. 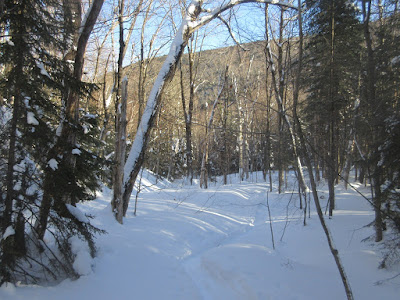 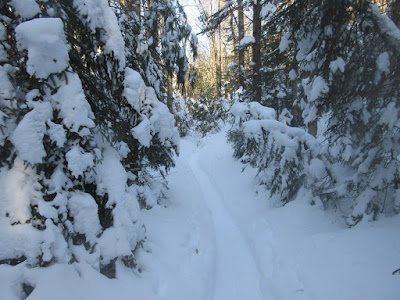 Partway back down the trail I made a short whack down into gorgeous open hardwood glades on the floor of the valley. 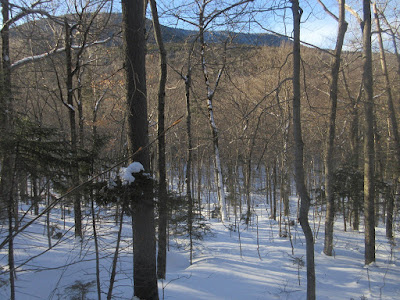 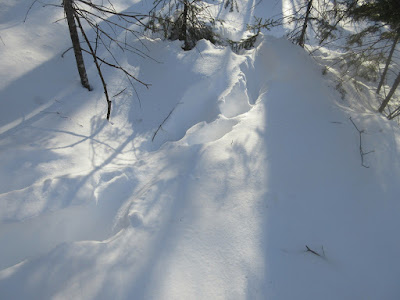 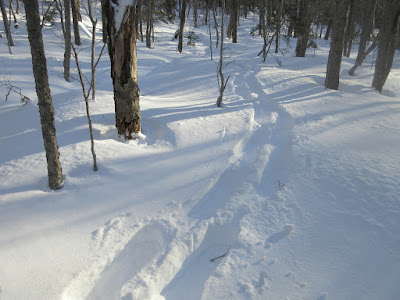 A glimpse up to a ledge on the northern spur of the Fool Killer. 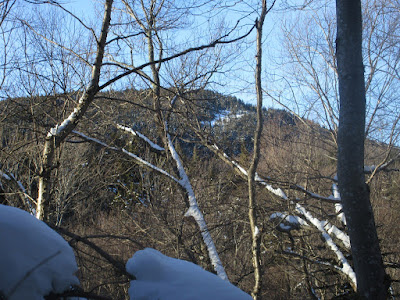 The ledge has a fine view up the Sabbaday Brook valley, with Passaconaway & Whiteface beyond. (Photo from 2016.) 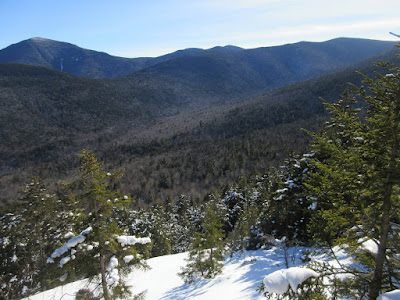 Sabbaday Falls greeter. (Note: In winter the stairways alongside the falls are blocked and signed as off-limits by the USFS, for safety reasons.) 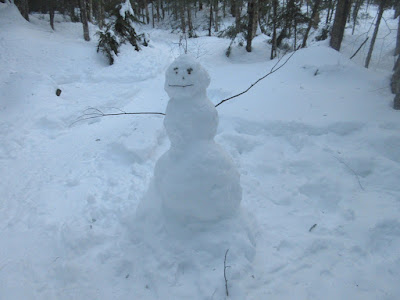 History of the Sabbaday Brook Trail