On a cold day (6 degrees at the start) I enjoyed a favorite snowshoe bushwhack along the ridge on the north side of Lafayette Brook. Birch glades chock full o' powder led to a pair of view ledges.

The snow cover was fairly sparse at the base of the ridge - a few inches of powder atop a thin crust. 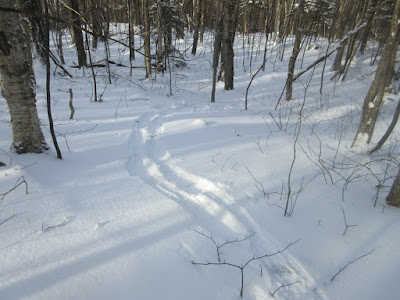 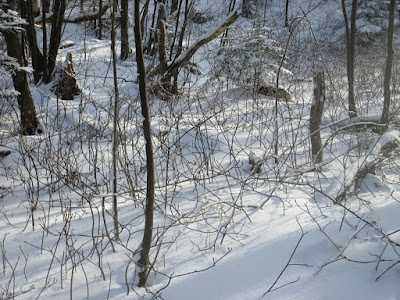 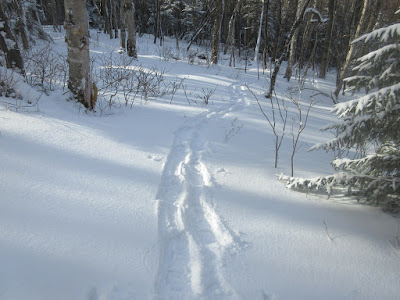 Open woods were the rule on this whack. A steep ascent, with deeper powder atop a slippery crust, led to the crest of the ridge. 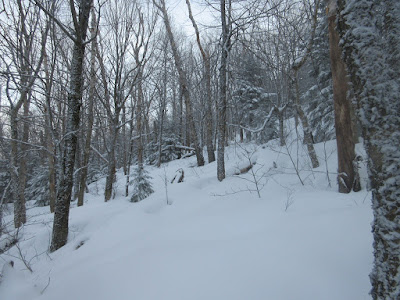 My first objective was one of several rough ledges that jut from the dense spruce forest that cloaks the crest of the ridge. 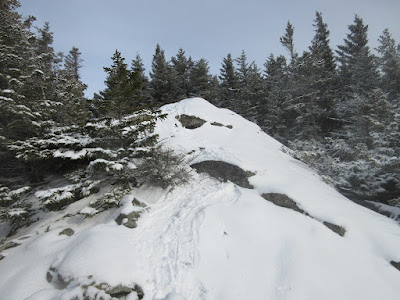 Cannon Mountain rises behind the bumpy ridgeline of Eagle Cliff. 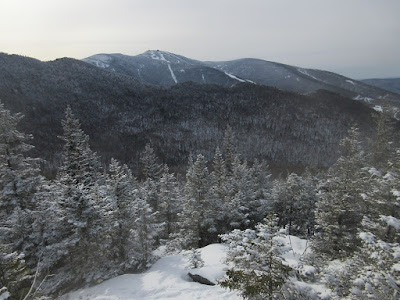 Mt. Lafayette peers over a higher shoulder on the ridge. 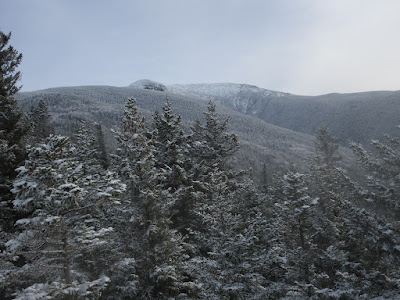 My second objective, a crag dubbed "Sleeping Chief Ledge" by Chris Whiton, could be glimpsed farther up the ridge. The knobby North Peak of Lafayette is on the right. 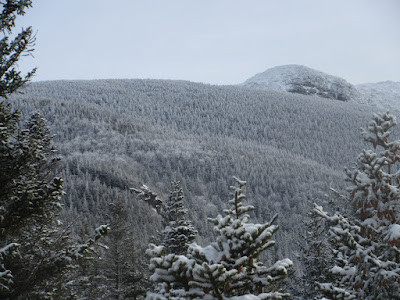 Deep snowpack in the open woods behind the ridgecrest. 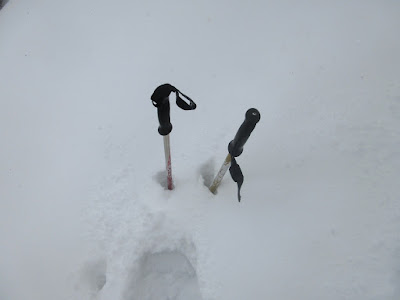 Approaching the wonderful birch glades I remembered from previous visits. 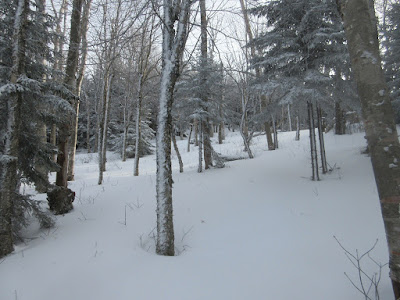 The birches seeded in after a 1903 forest fire that burned 3,400 acres on these slopes. That was the biggest year for forest fires in the history of the Whites. Birch glades also followed 1903 fires in the Zealand Valley, Wild River valley and The Kilkenny. 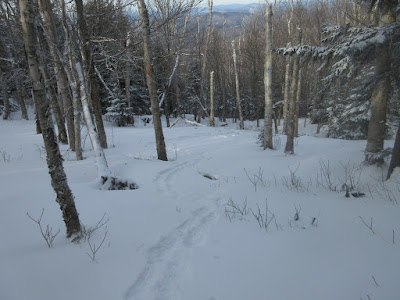 A glimpse of Burke, Bald and Umpire Mountains in Vermont's Northeast Kingdom. 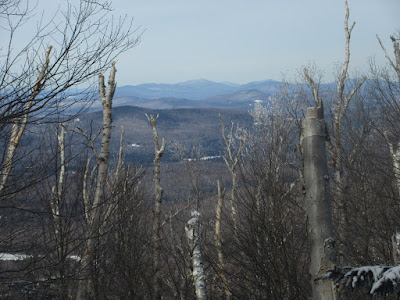 Climbing to the sun. 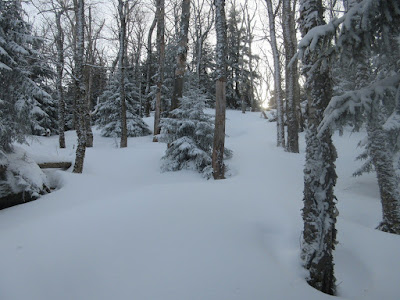 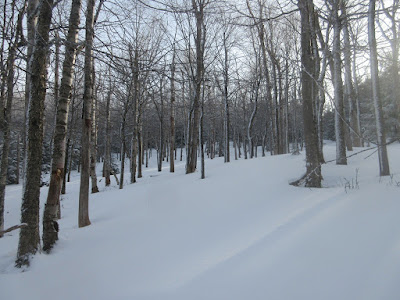 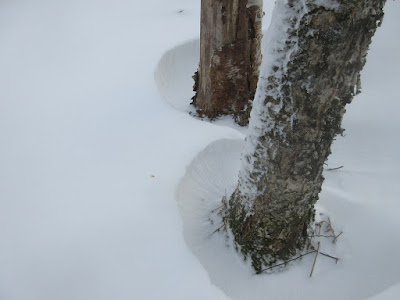 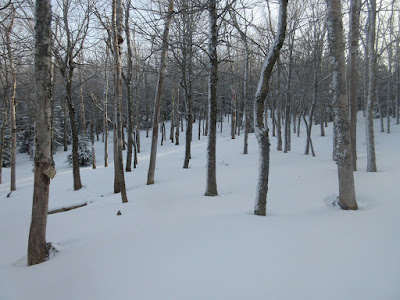 The joy of powder. 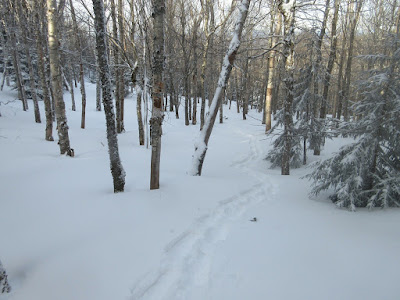 Open "salt and pepper" forest on the ridgecrest. 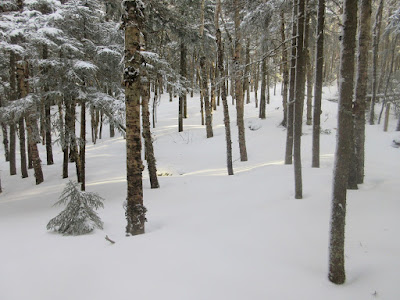 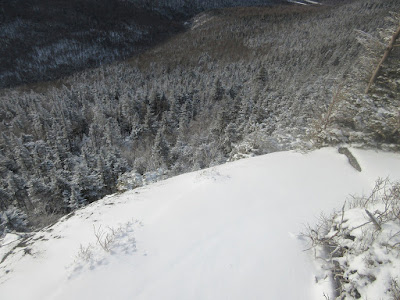 Looking up to the high shoulder of Lafayette. 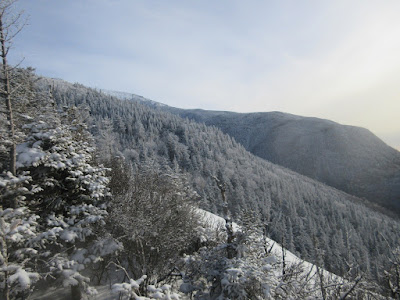 Another angle on Cannon. 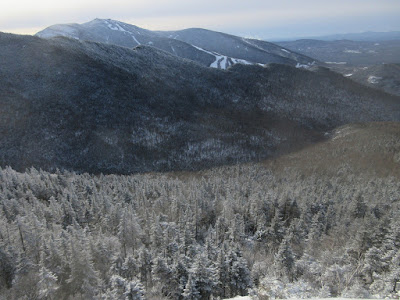 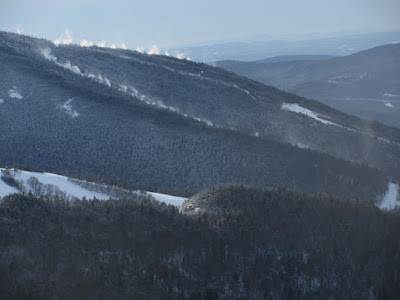 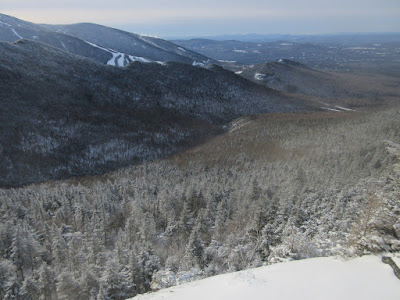 Long views out to Vermont beyond Artist's Bluff and Bald Mountain. Camel's Hump could be seen on the horizon above Bald. 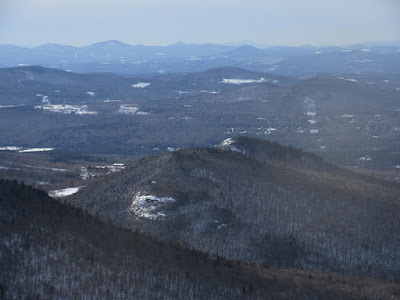 The hidden back side of Eagle Pass. 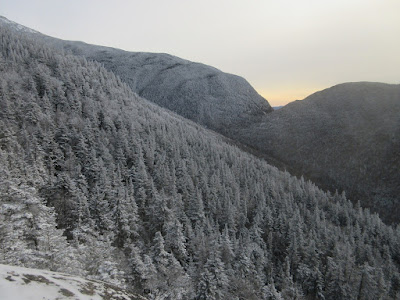 Back down into the birches. 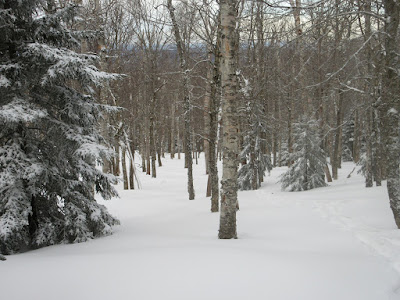 In one birch glade a flock of 30 Bohemian Waxwings was hanging out in a treetop. 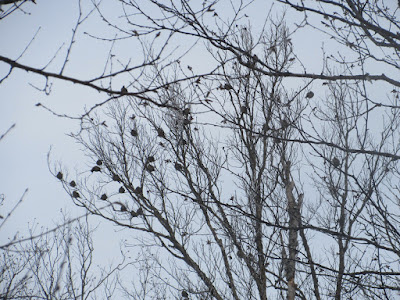 Making new tracks in endless open glades on the NW slope of the ridge. 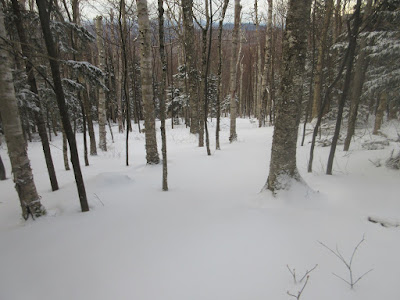