On Wednesday, late in the day, Carol and I broke trail on the Georgiana Falls Path through beautiful powder up to Lower Georgiana Falls, to claim a recently placed geocache. (Thanks, barefootgal!) We made the find by headlamp and descended in the dark. Today I returned to that trail, going for another cache up at Harvard (Upper Georgiana) Falls, to find an entirely different scene, with the brook totally blown out and the cascades roaring from Thursday's day-long rainstorm.

The rain had gullied a section of trail along an old logging road. 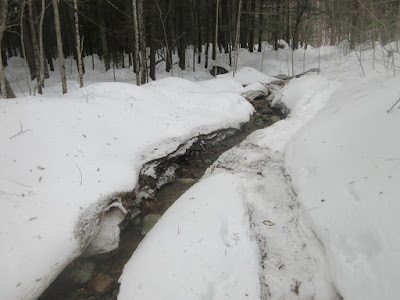 Still plenty of snow off-trail, as the temps stayed in the 30s during the rainstorm. 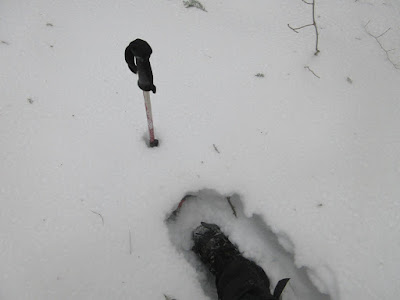 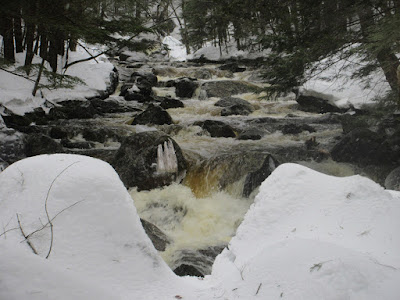 Along the final approach to the Lower Falls, our snowshoe track was history. 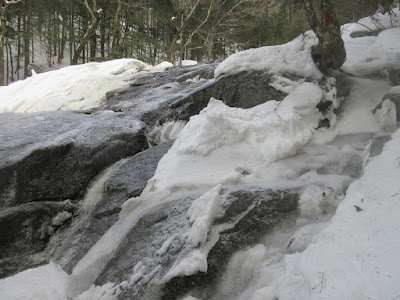 On Wednesday evening we had snowshoed through deep powder up these broad ledges, with the brook completely muffled. 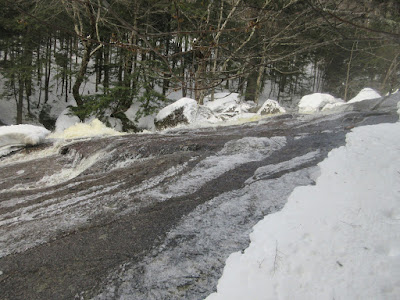 Today I had to forge a new route in the woods through deep, soft, heavy snow, and then had to scrape my snowshoes across wide ledges. 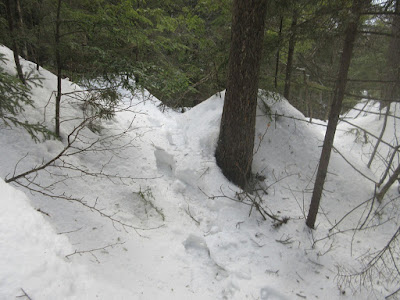 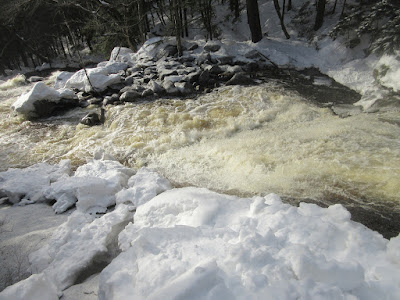 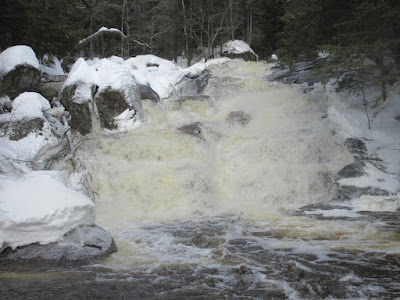 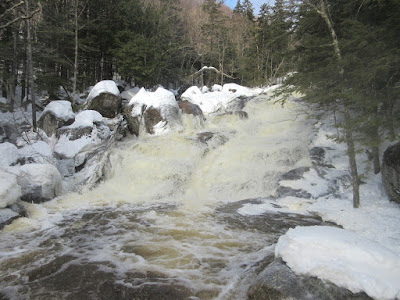 Breaking trail up through the hemlocks. The upper part of the trail was steep, crusty and sidehilly. 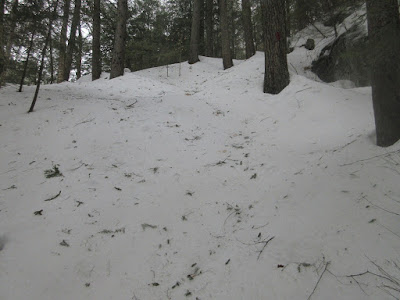 First look at Harvard Falls, through a snow flurry. I've never seen it look like this. 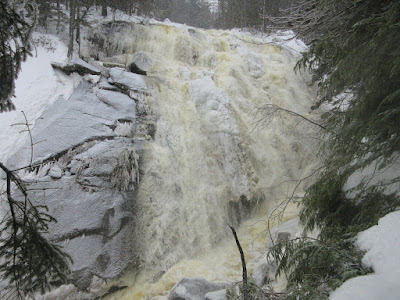 Close-up from another perch along the trail. 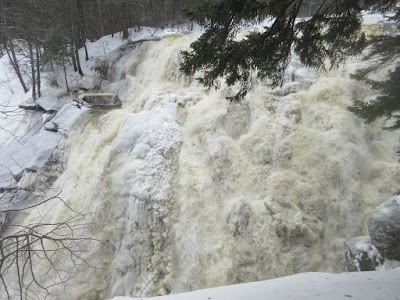 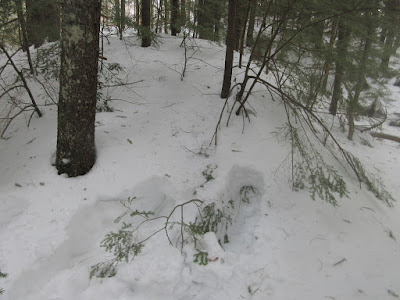 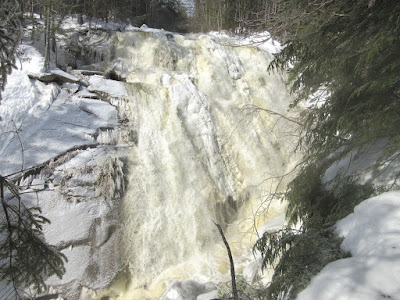 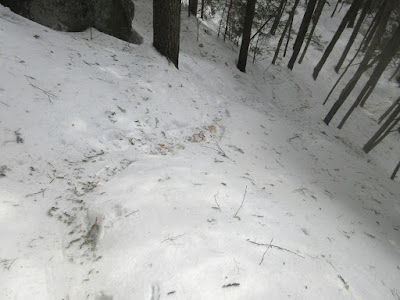 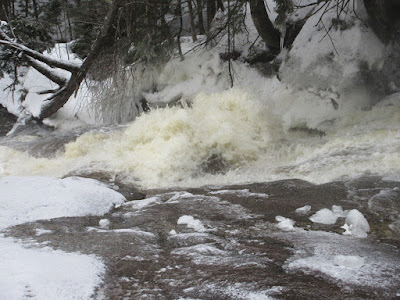