The Adirondacks are loaded with small, ledgy peaks offering great views, many of them without trails. For a getaway hike on my brief ADK trip, I made a short but steep bushwhack from a lonely dirt road to a little 2100-ft. peak known as The Cobble Mountain. Located north of Keene on the eastern edge of the Sentinel Range Wilderness, its expansive ledges overlook a broad sweep of the northeastern Adirondacks. 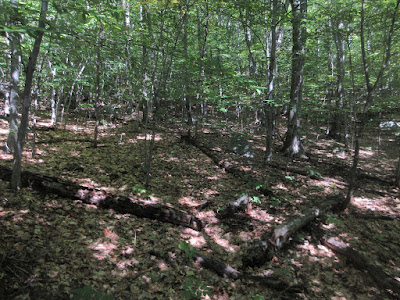 I scrambled up to the first ledges at 1850 ft. and quickly gained a long view south towards the eastern high peaks, including Giant, Dix, Nippletop, Porter and Cascade. 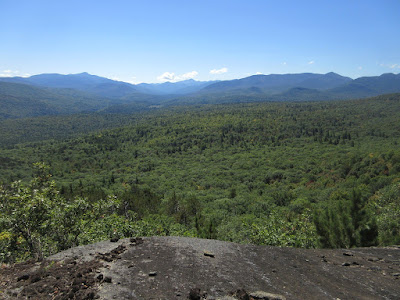 Looming nearby to the west is Sentinel Mountain, one of four trailless Adirondack 100 Highest peaks in this Wildermess. The whacking along these ridges is reportedly fierce. 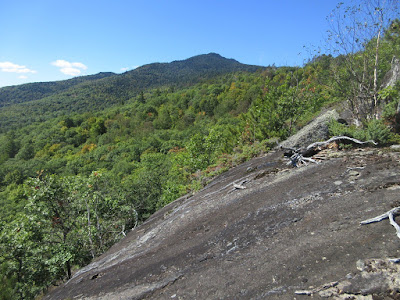 Fun scrambling up the ledges. 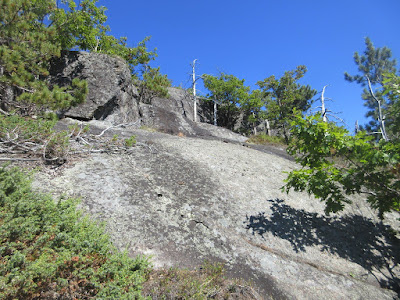 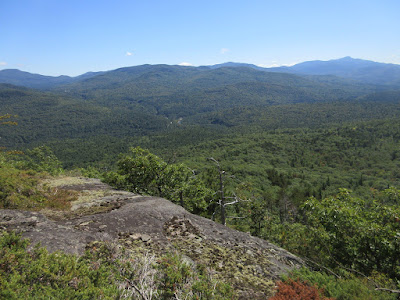 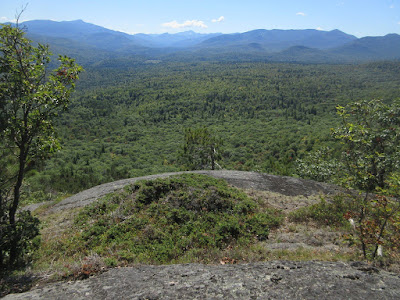 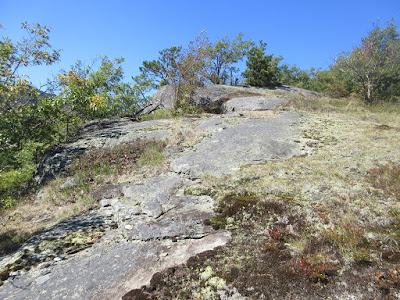 Balanced boulder on the summit. 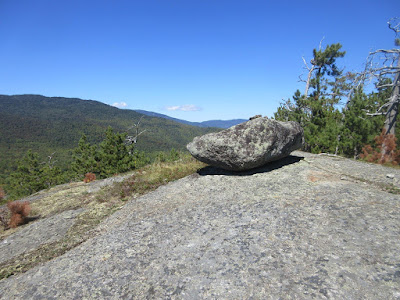 A ridge leads from the Cobble Mountain up to the main mass of Sentinel Mountain. Stewart Mountain on the right. 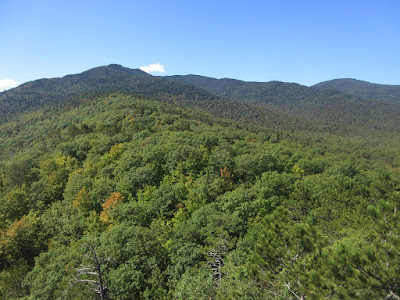 The summit ledge drops off in three tiers. 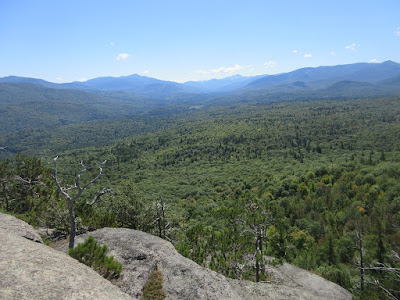 Taking in the view to Porter, Cascade, bumpy Pitchoff, and Algonquin. 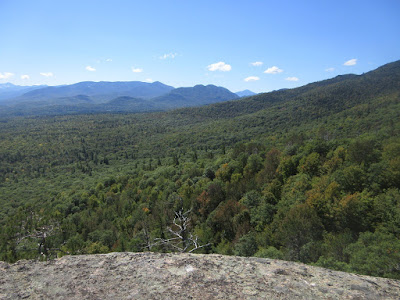 Nine slides gleam on the north face of Dix. 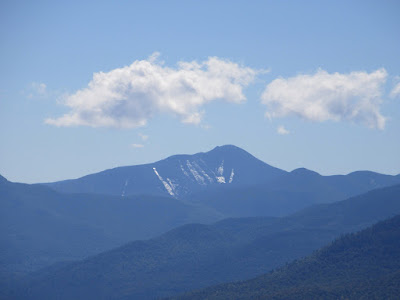 A couple hours lounging in the sun before heading home. 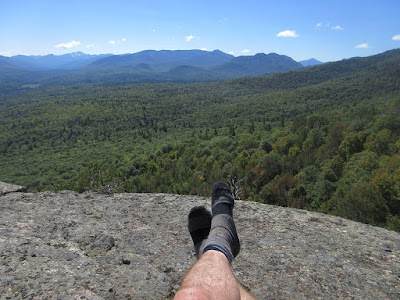 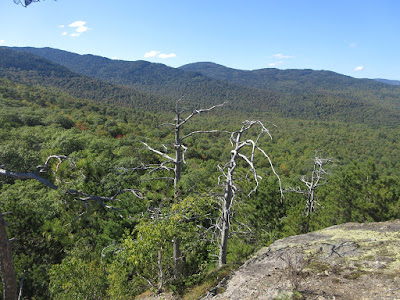 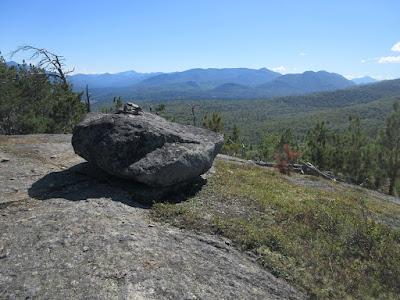 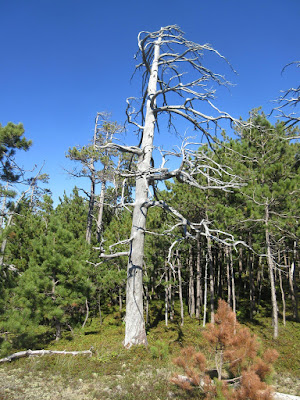 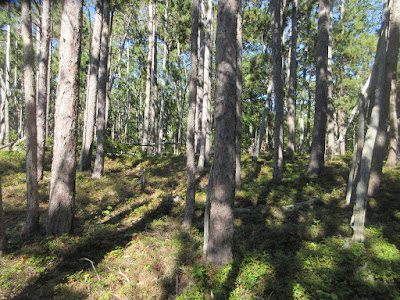 Found views to the NE on the way down. 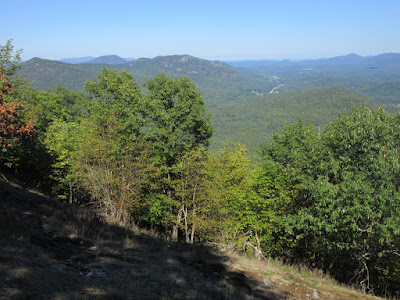 Homeward bound, looking back at the Dix Range from the Essex-Charlotte ferry across Lake Champlain. 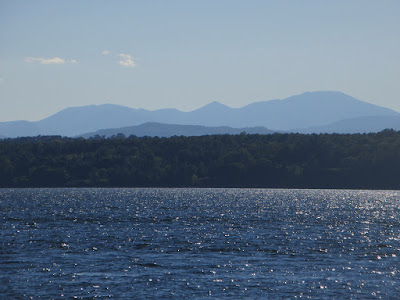