The day was too H-H-H for significant climbing or bushwhacking. (Dew point = 71!) Better to ramble up a valley, in this case on the Drakes Brook Trail, in a search (unsuccessful) for a remote logging camp. Some nice brook scenery made it feel a wee bit cooler.

Always good when you can spend a day in here. 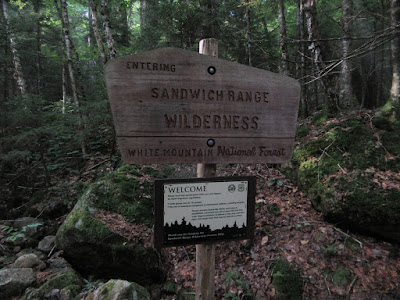 The lower Drakes Brook logging camp is right next to the trail, with several bedframes visible. 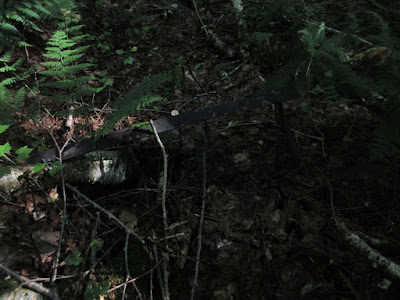 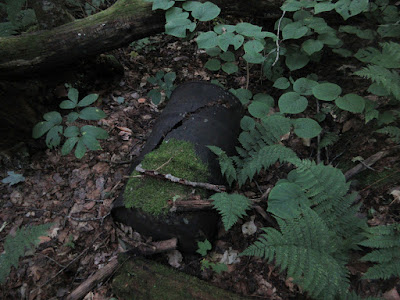 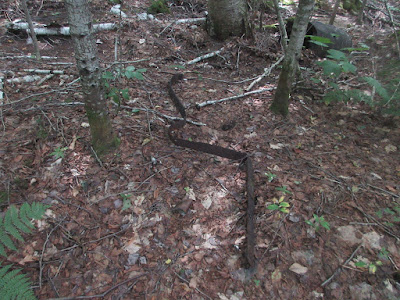 A gentle stretch of Drakes Brook on a plateau high in the valley. 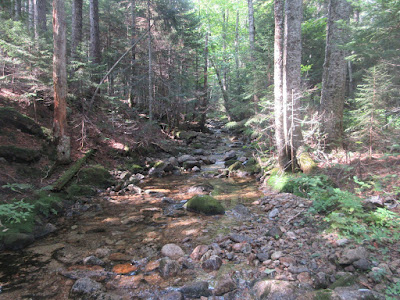 The Drakes Brook Trail was opened in 1921, and the upper section of its original route was different than today's, veering off well to the east and ending at the Sandwich Mountain Trail just 10 minutes below the summit of Sandwich Dome. AMC Guides of the era noted that it crossed the brook at the site of a deserted logging camp before climbing a shoulder of Sandwich Dome. This photo shows one of several spots that could have been the site of that logging camp, but no artifacts were found in an hour and a half of wandering around off-trail. 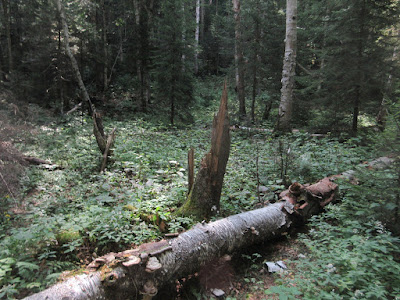 Moose have browsed this hobblebush thicket, keeping it at a manageable level. I know a few other spots I'd like to hire them for. 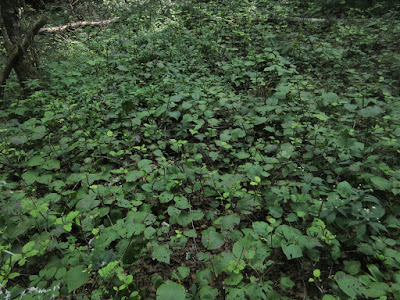 This could have been part of the corridor of the original upper route of the trail, which was abandoned in the 1930s due to logging. The trail was then re-opened on its current route by the USFS. 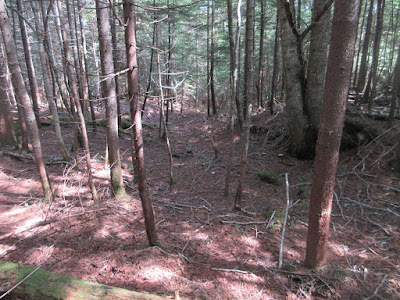 On the way back down the trail I descended a steep slope to visit this pretty spot on Drakes Brook. 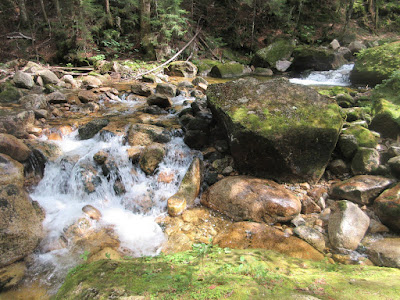 A tributary tumbles down to join the main brook. 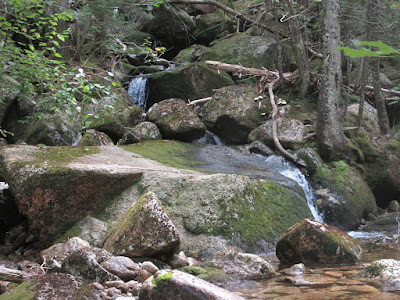 The Three Bowlders on Drakes Brook, at the confluence with Bowlder Brook (the home of Fletchers Cascades). 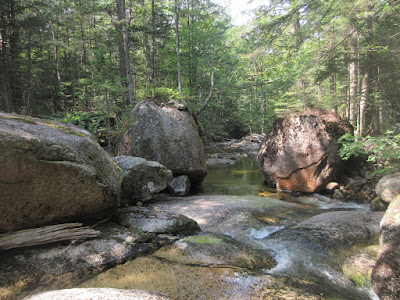 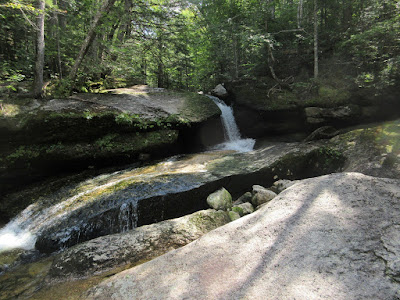 Nice overhang on the left side. 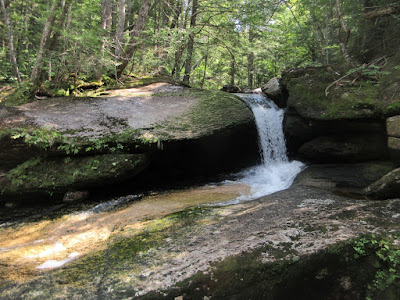 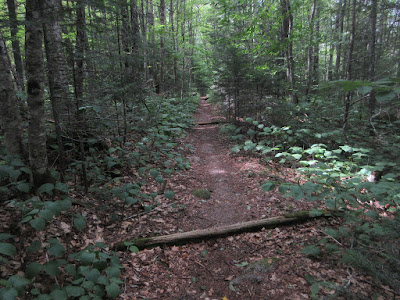 Attractive ledgy spot on Drakes Brook, just 0.3 mile up the trail from the parking area. 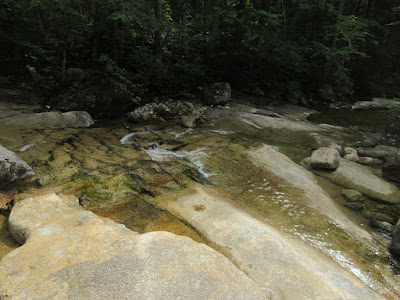