On a muggy morning Carol and I went partway up the Chippewa Trail on Black Mountain in Benton to find a couple of geocaches. 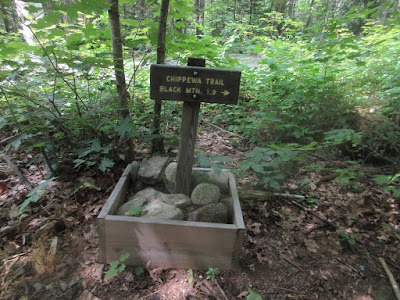 The first geocache was at the Lime Kilns, reached by a short side trip near the bottom of Chippewa Trail. These were in use from 1838-1888, making lime from the extensive beds of limestone in the area. They are located on private land but are open to the public; the site is maintained by the Heritage Commission of the Town of Haverhill. 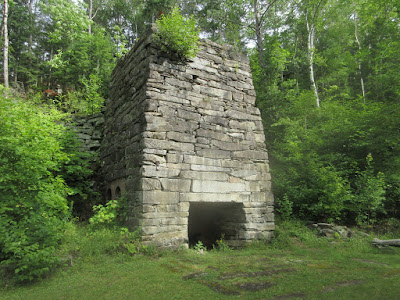 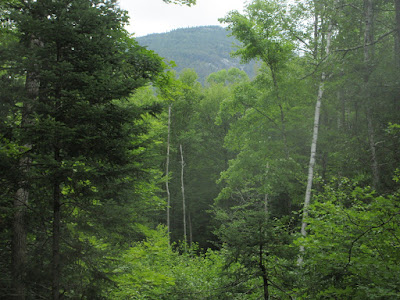 We went 0.6 mile up the Chippewa Trail to an old cellar hole, then followed a route using an abandoned trail and a bushwhack to the second geocache site. 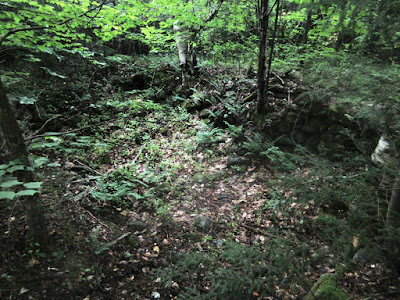 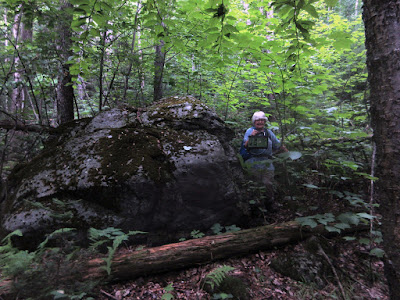 This site is at a rock known as "Indian Profile" that was mentioned in 1930s editions of the AMC White Mountain Guide. 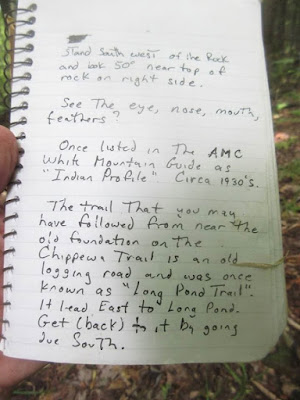 This rock is where the geocache was found. I thought it a stretch to see a profile here. Maybe it will be obvious to other viewers. 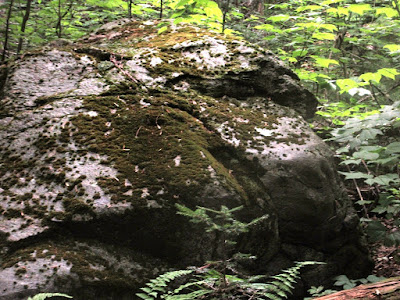 To my eye, this smaller rock a few feet away looked more "profile-y." 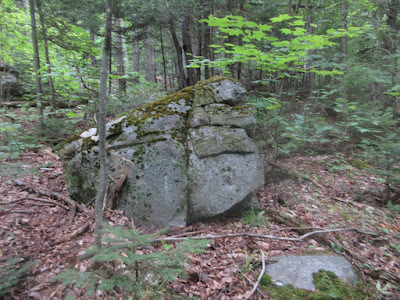 From the Indian Profile we bushwhacked across to the Chippewa Trail. Carol headed down and I continued up to a side path to the first view ledges. Chippewa is by far the steeper route to the ledgy top of Black Mountain, but also has several fine views on the way up. It climbs through attractive woods of spruce and red pine. 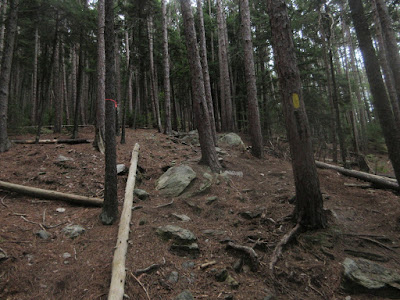 A faint side path leads to this fine ledge perch at about 2100 ft. No time today to go to the summit - one of the best on the 52WAV list. 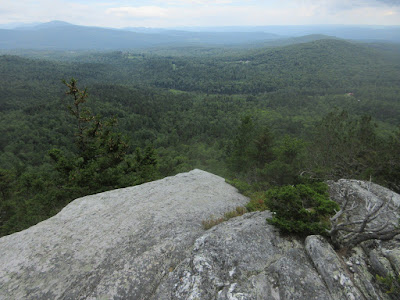 Sugarloaf Mountain rises nearby, with Piermont, Cube and Smarts in the distance. 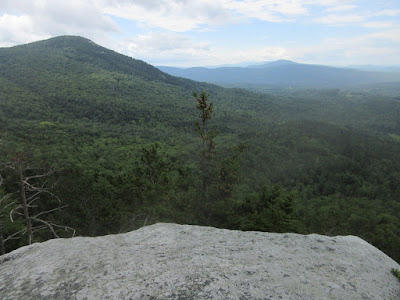 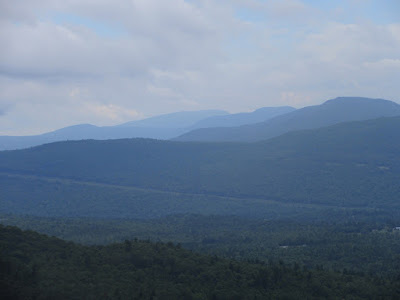 Across the Connecticut River valley to Vermont's Signal Mountain Range under ominous skies. 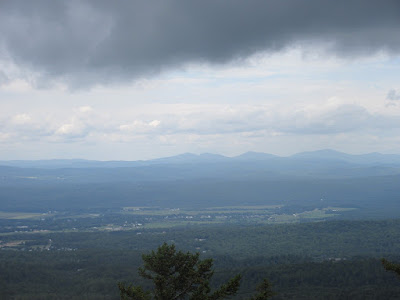