On a gray, chilly morning I enjoyed a hike to several ice-draped cascades and an historic dam site in Waterville Valley. I walked up the mellow Drakes Brook Trail, then veered left onto the lightly-traveled Fletcher's Cascade Trail, maintained by the Waterville Valley Athletic & Improvement Association (WVAIA). 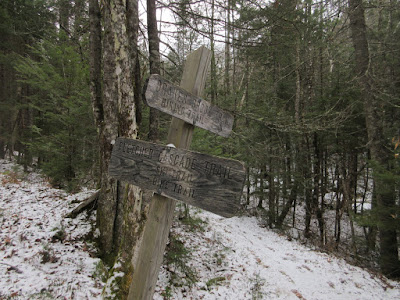 Before long the trail enters the Sandwich Range Wilderness. 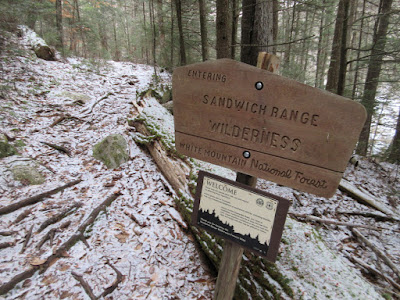 The only significant brook crossing on this route is the stream that comes down from Fletcher's Cascades. Per usual in December - even a warm one such as this - careful rock-hopping was required due to an icy coating on many step stones. 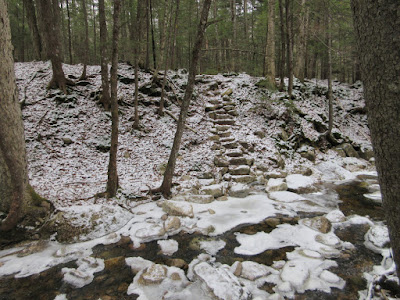 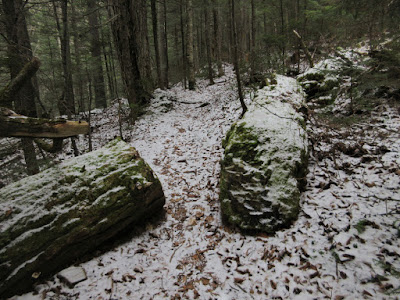 A towering hemlock on the approach to the Cascades. 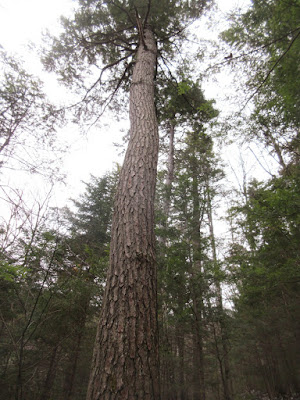 A hemlock stand and a spur of Flat Mountain. 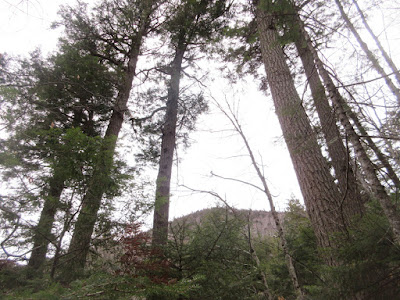 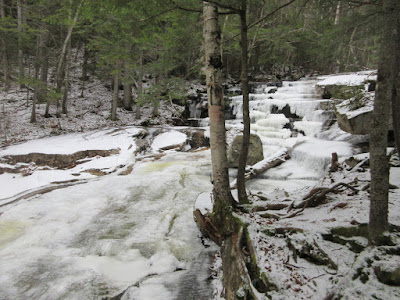 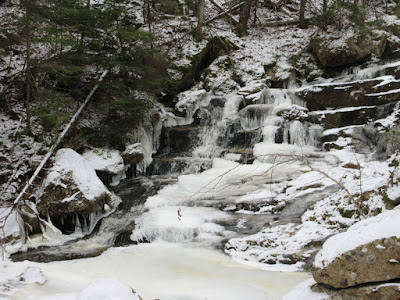 This drop was mostly frozen thanks to two recent cold nights. 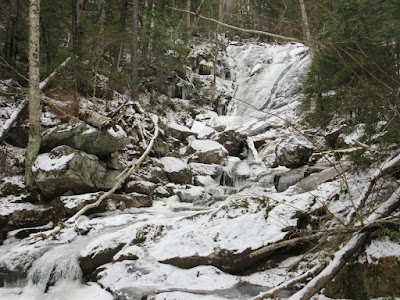 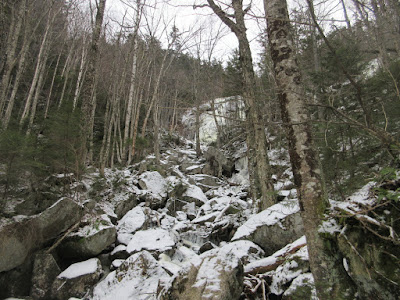 The trail is steep as it ascends to the upper cascades. The dusting of snow and occasional icy patch made for slippery footing. My old Stabilicers performed well here, saving unnecessary wear on my Microspikes. 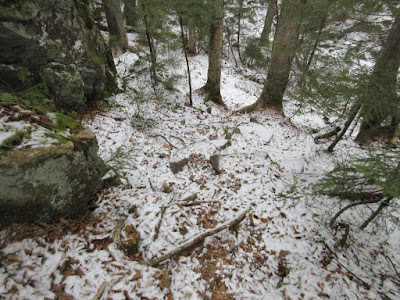 The southern of the side-by-side upper cascades. 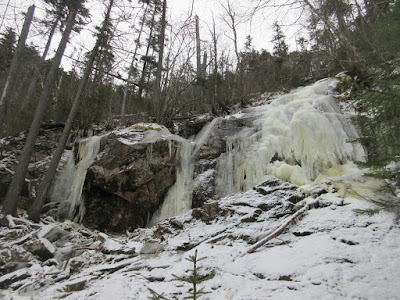 The trail hooks left along the base of this one. A WVAIA arrow shows the way. 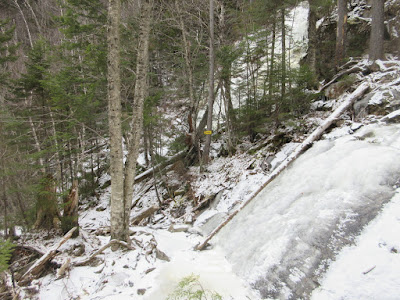 The northern of the upper cascades. Didn't look like a record warm December here. 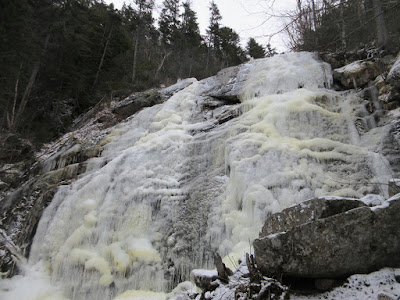 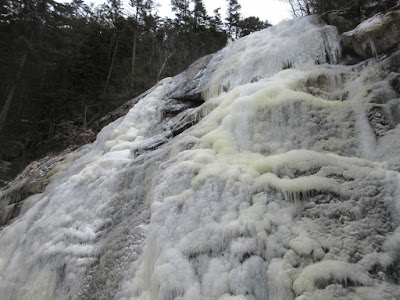 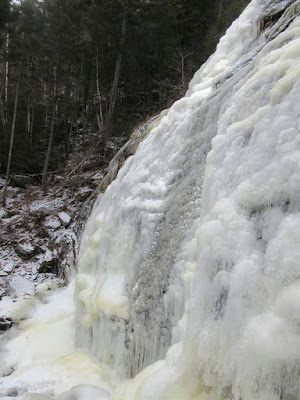 These large boulders stand guard on Drakes Brook where the tributary from Fletcher's Cascades comes in. In his early Waterville Valley guidebook, A.L. Goodrich called these "the Bowlders" and the tributary was named "Bowlder Brook." 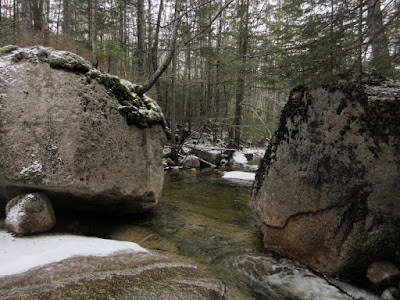 A fine cascade on Drakes Brook. 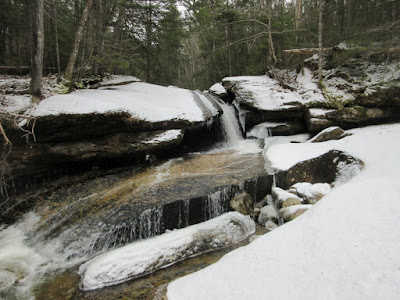 Two for the price of one. 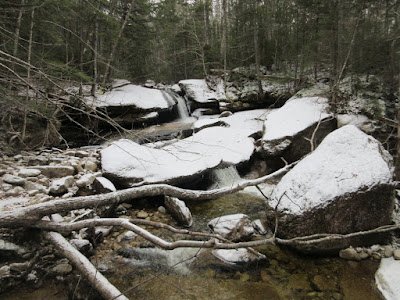 A large piece of machinery at the site of a dam on Drakes Brook used as part of log drives on the Mad River by International Paper Co. and Parker Young Co. in the early 1900s. Thanks to Ray Caron for intel on this historic site. 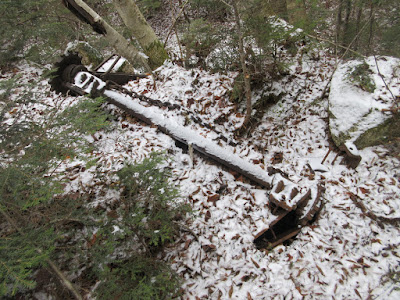 View from the other end. 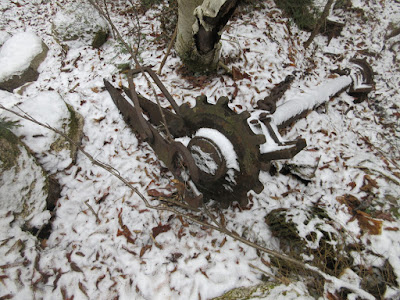 Weathered timbers from the dam. 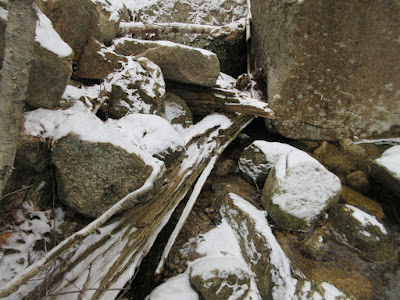 Another old timber, with iron spikes. 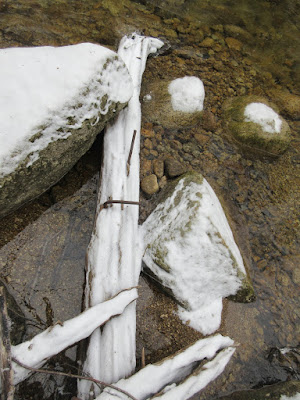 Looking down Drakes Brook from the dam site. 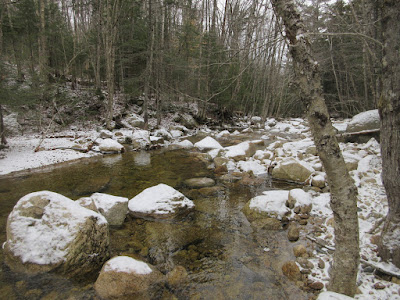 The Drakes Brook dam site. The log drives down the Mad River ended about 1931 as it became more practical to haul the logs by truck. After that this and several other dams in the Waterville area (on the Mad River, the West Branch, Flume Brook and Avalanche/Slide Brook) fell into disrepair. 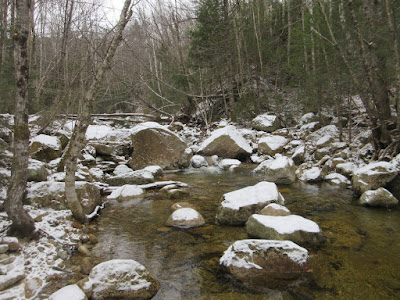