On one of several gorgeous sunny mornings with near-peak foliage on display, I spent a couple of hours taking in the colors in hardwood-rich Kinsman Notch. First I made a short, steep bushwhack to a cliff on a low spur of Mt. Waternomee that I had spotted earlier this year from Route 112. Most of the whack was through a colorful hardwood and birch forest. 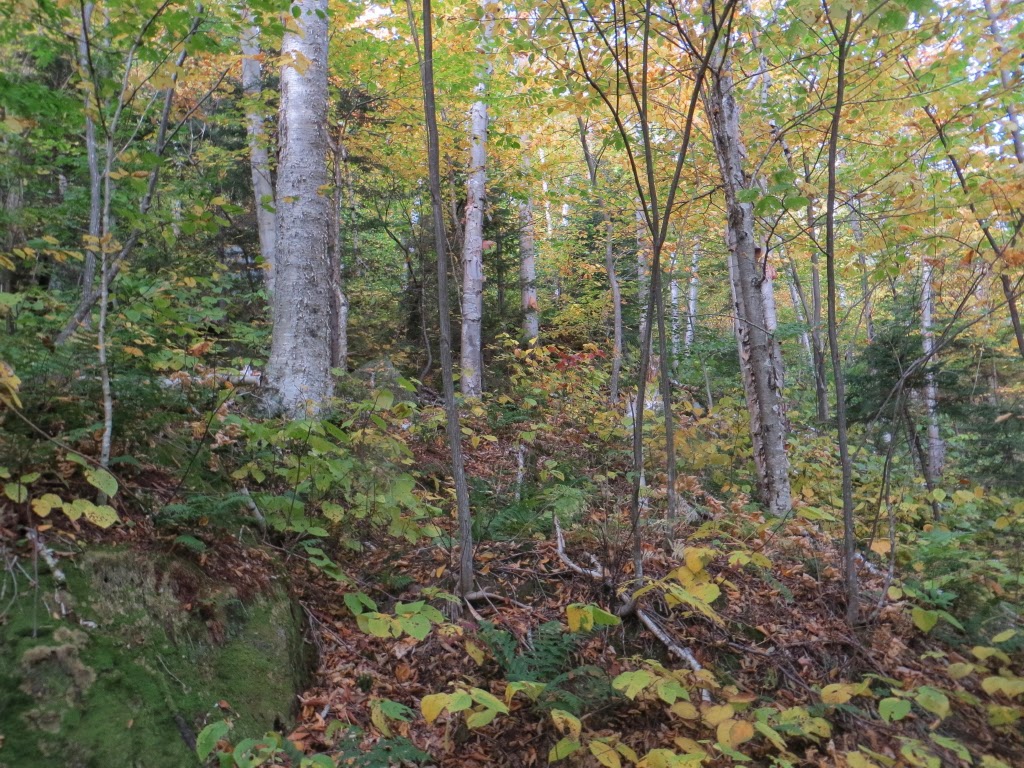 This boulder has a healthy fern cap. 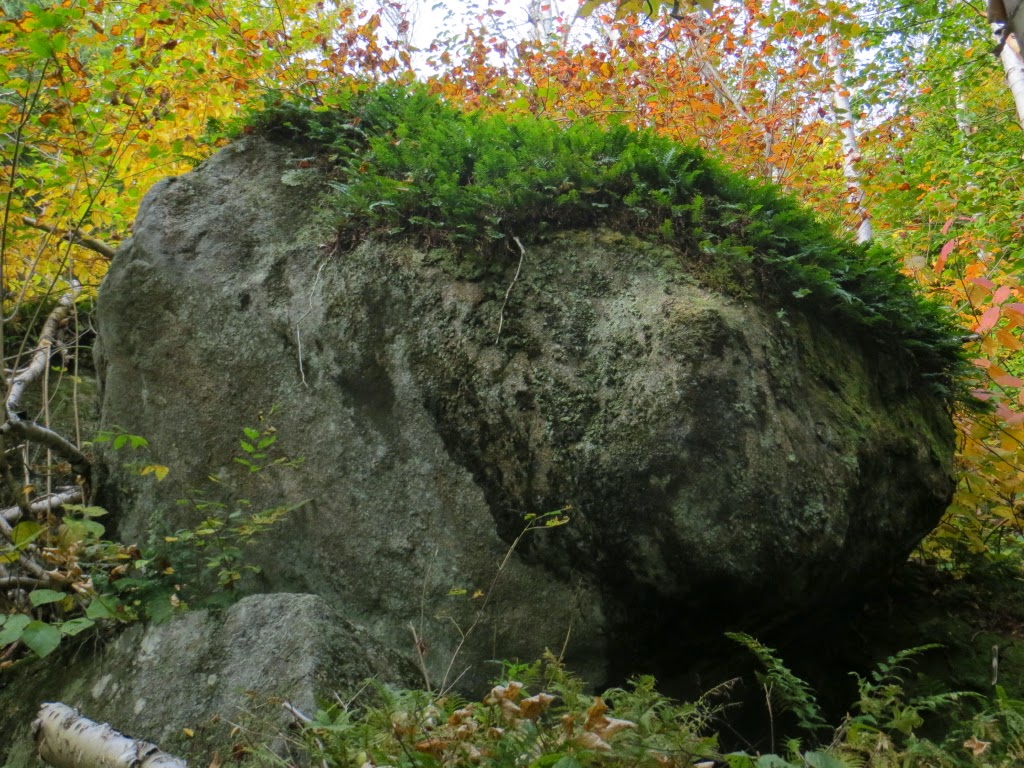 After a bit of searching I found the wild cliffs I was looking for. 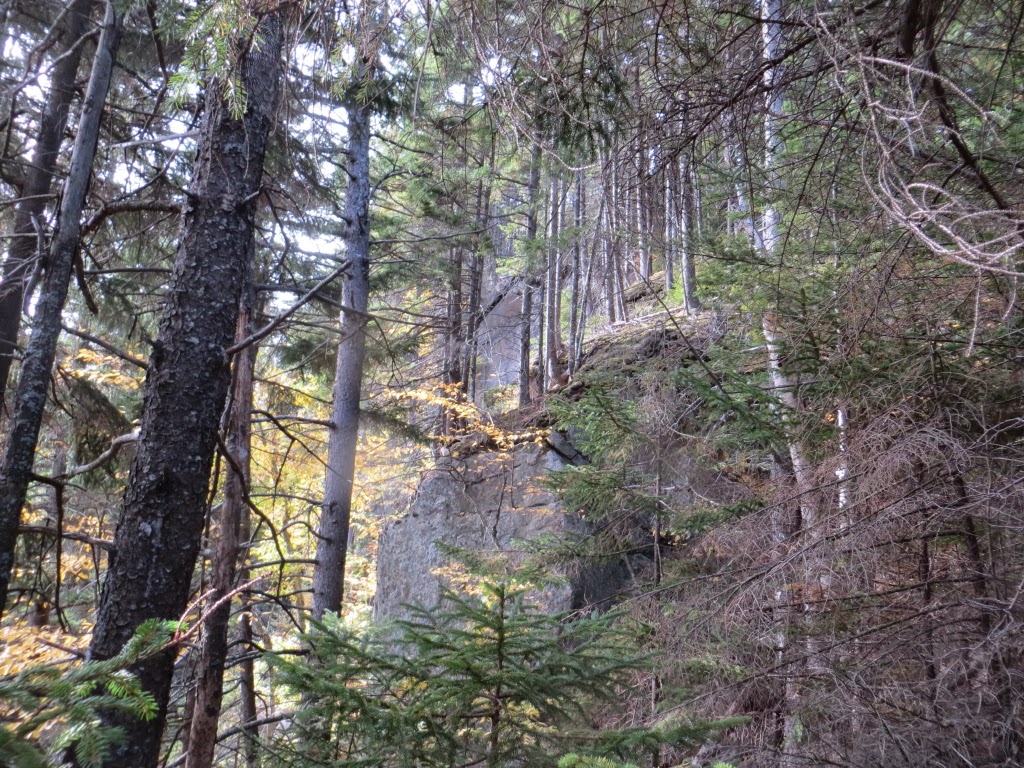 They offered a nice view down the Lost River valley. 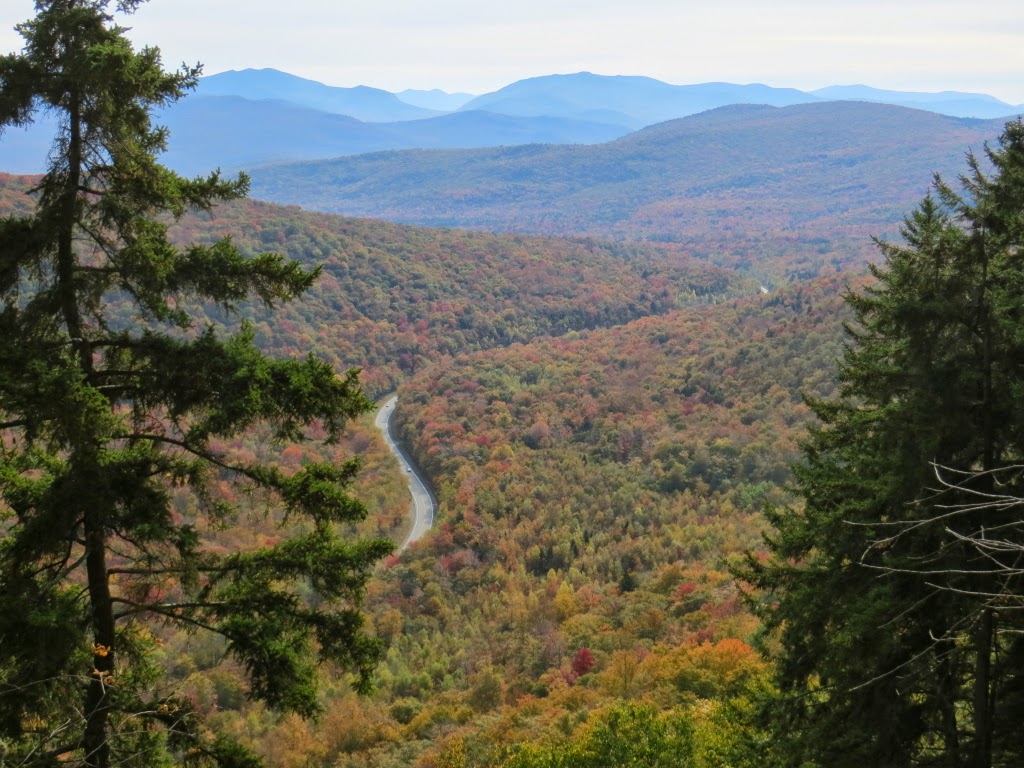 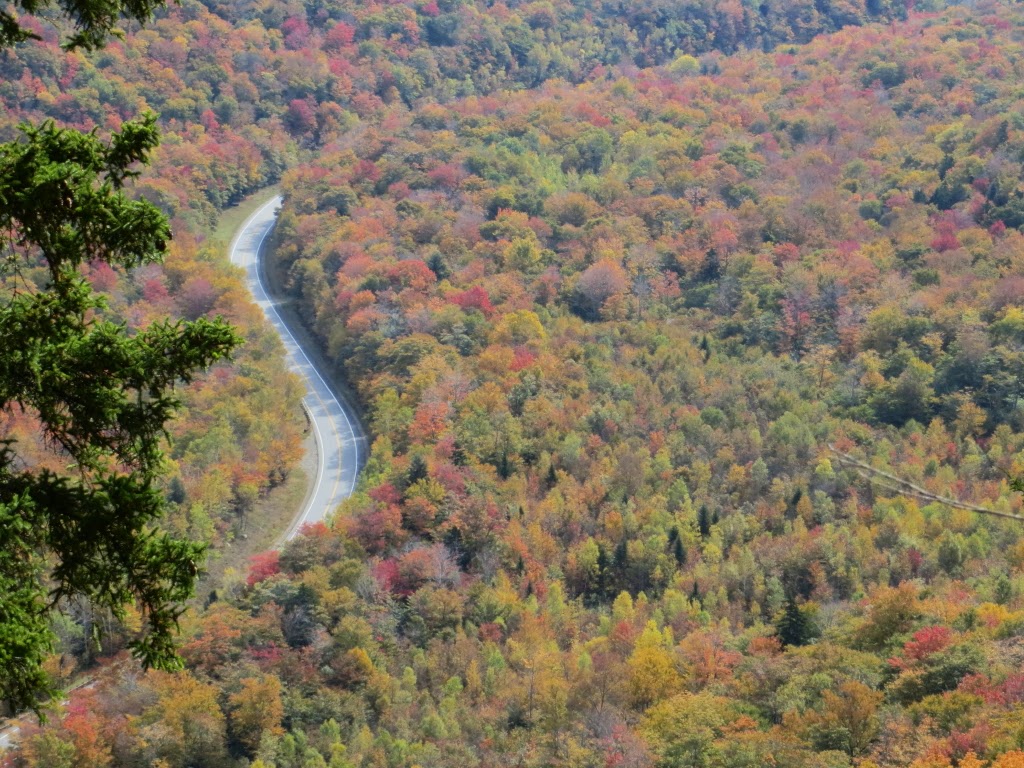 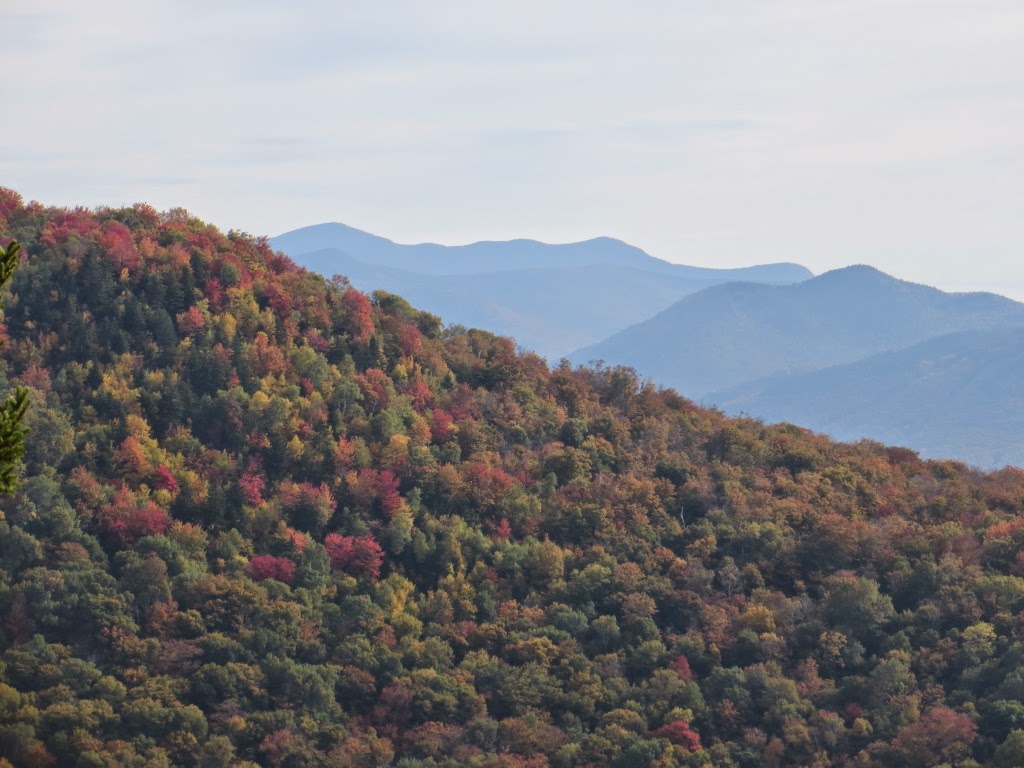 ...and Middle & South Tripyramids and West Sleeper through Thornton Gap. 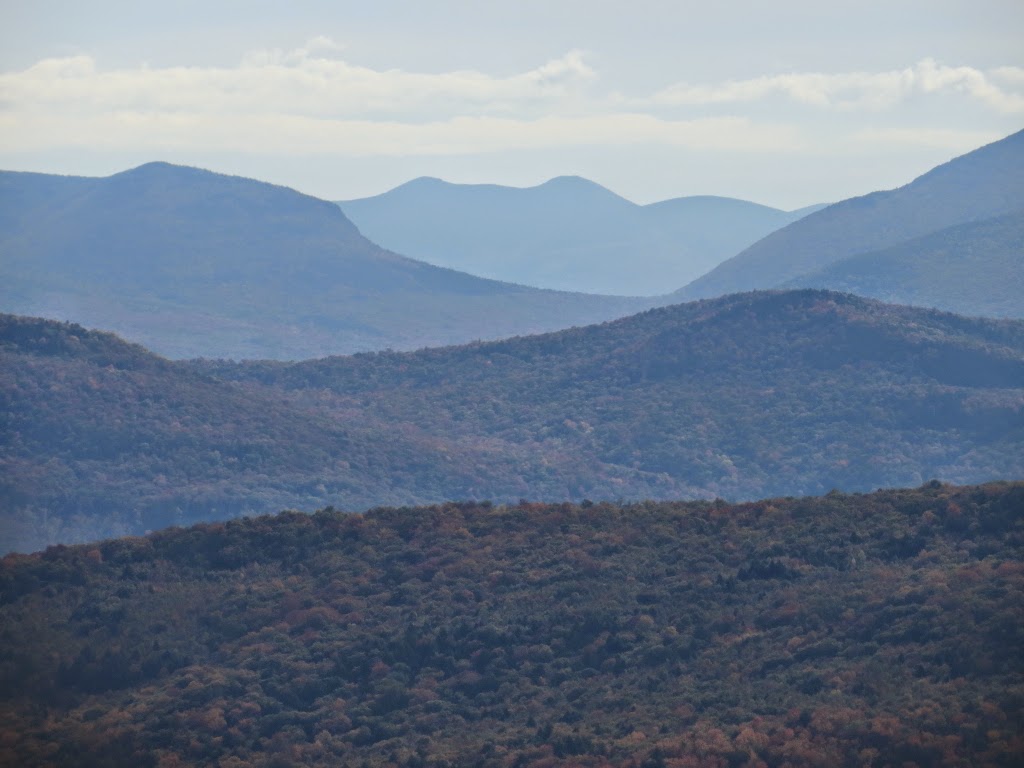 Looking down the face of the cliff - or is it an old slide? 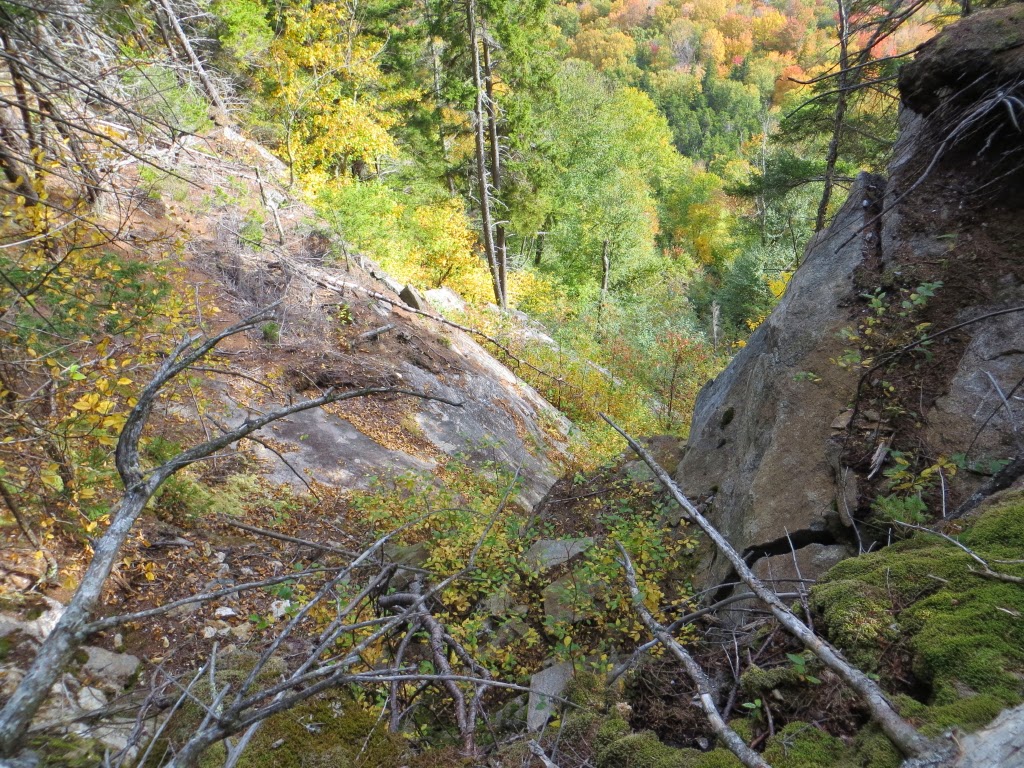 There was also a neat view across the valley to the Monkey Cliffs on a spur of Kinsman Ridge. 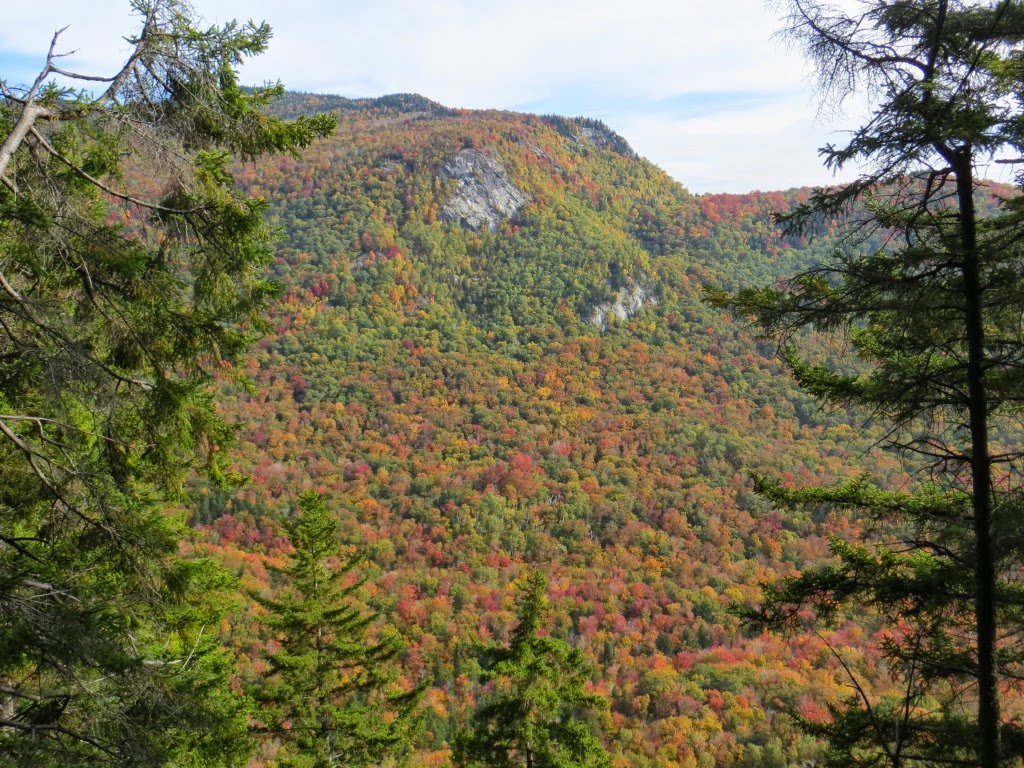 John "1HappyHiker" Compton and I spent some time atop that big slab a few weeks ago. 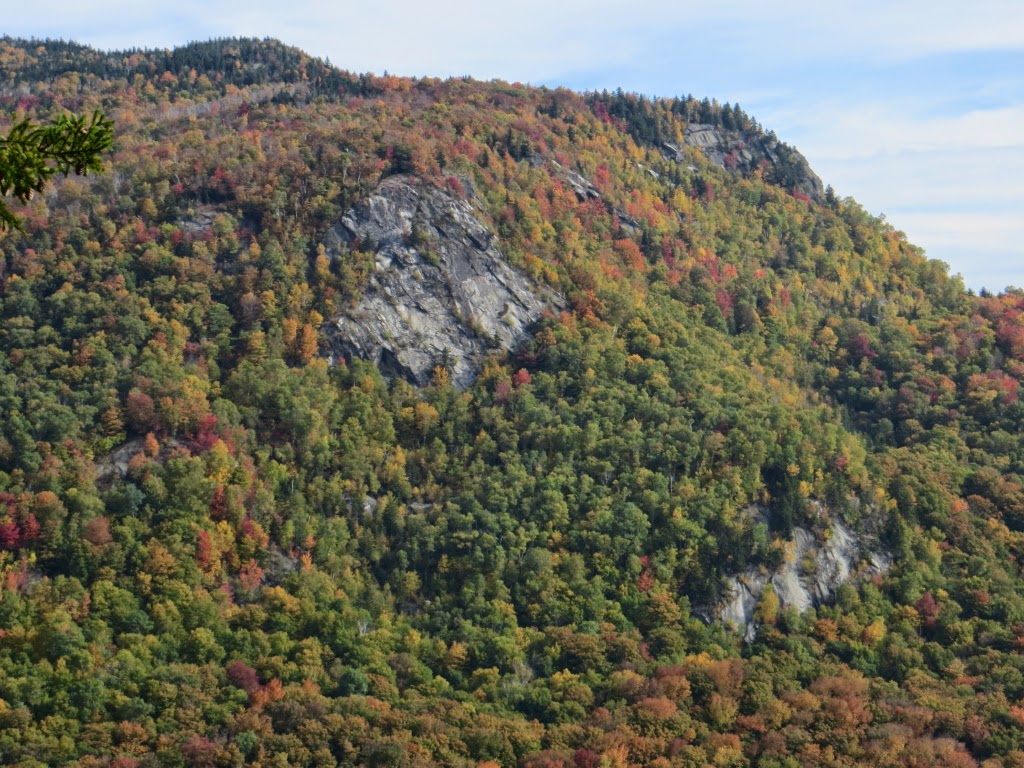 A hint of a profile. 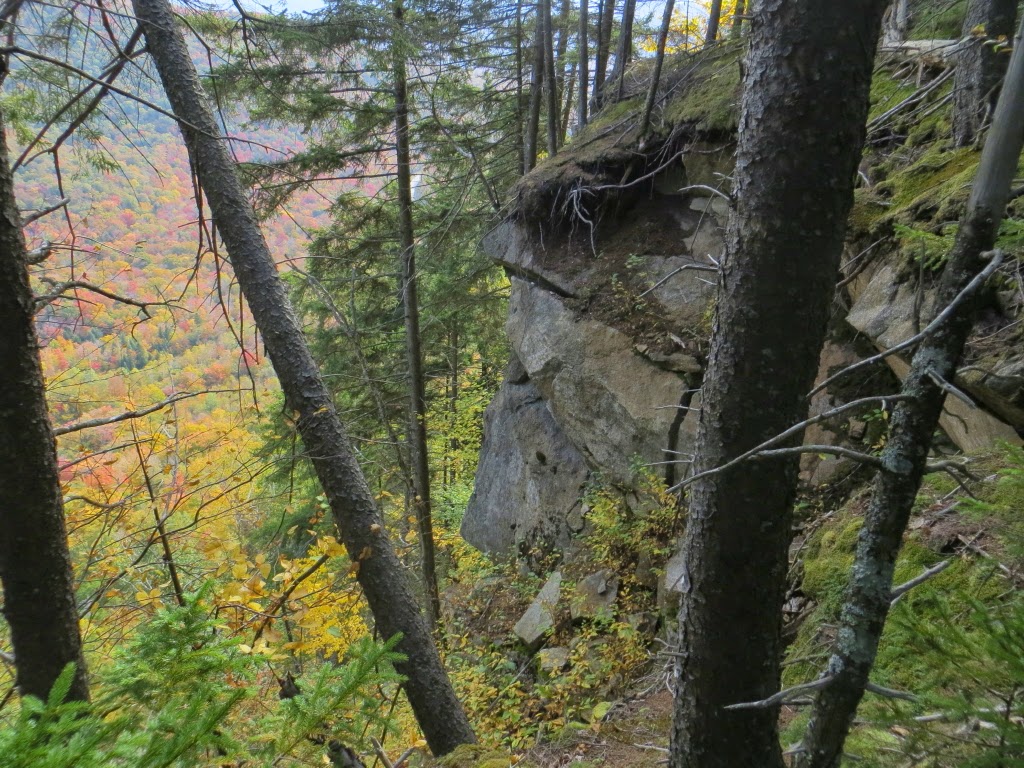 From an opening in the spruces behind the cliffs I could peer into the heart of Kinsman Notch. 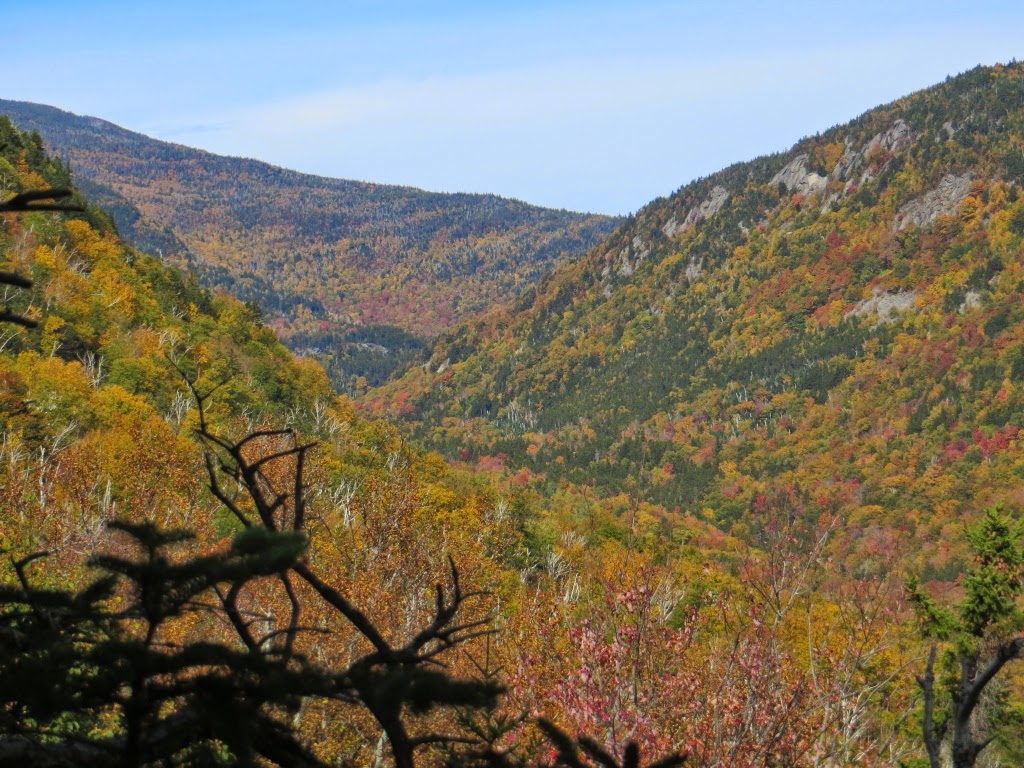 All of the several brookbeds I crossed on this bushwhack were bone-dry. 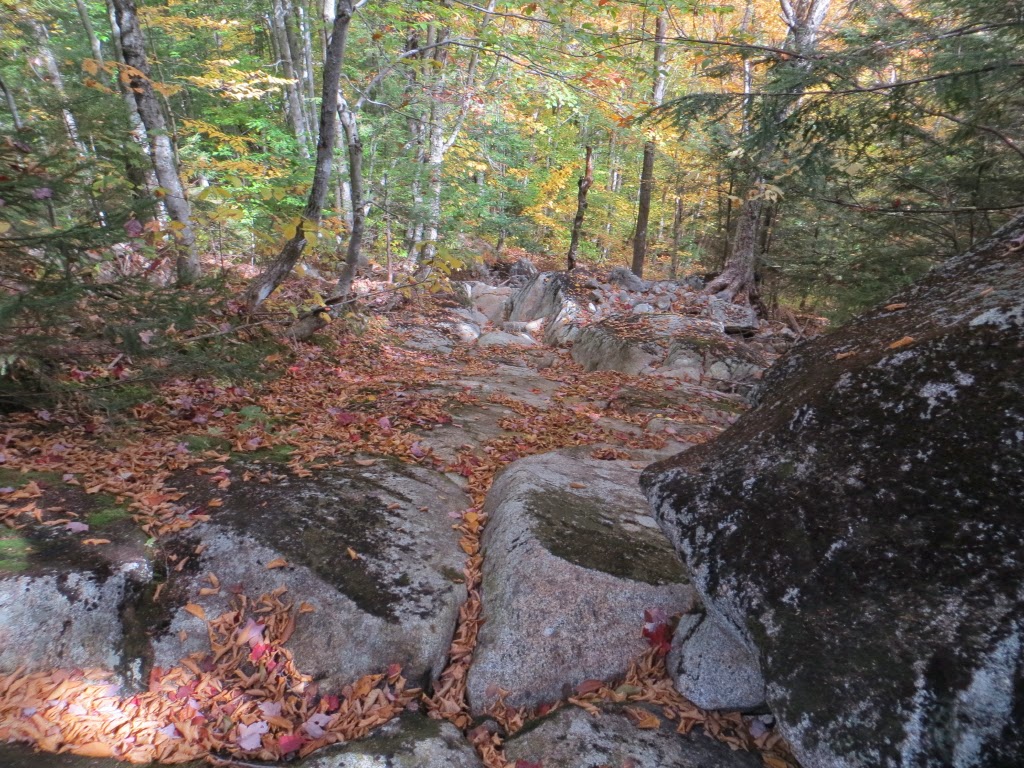 Afterwards I drove up to Beaver Pond to enjoy the marvelous colors. 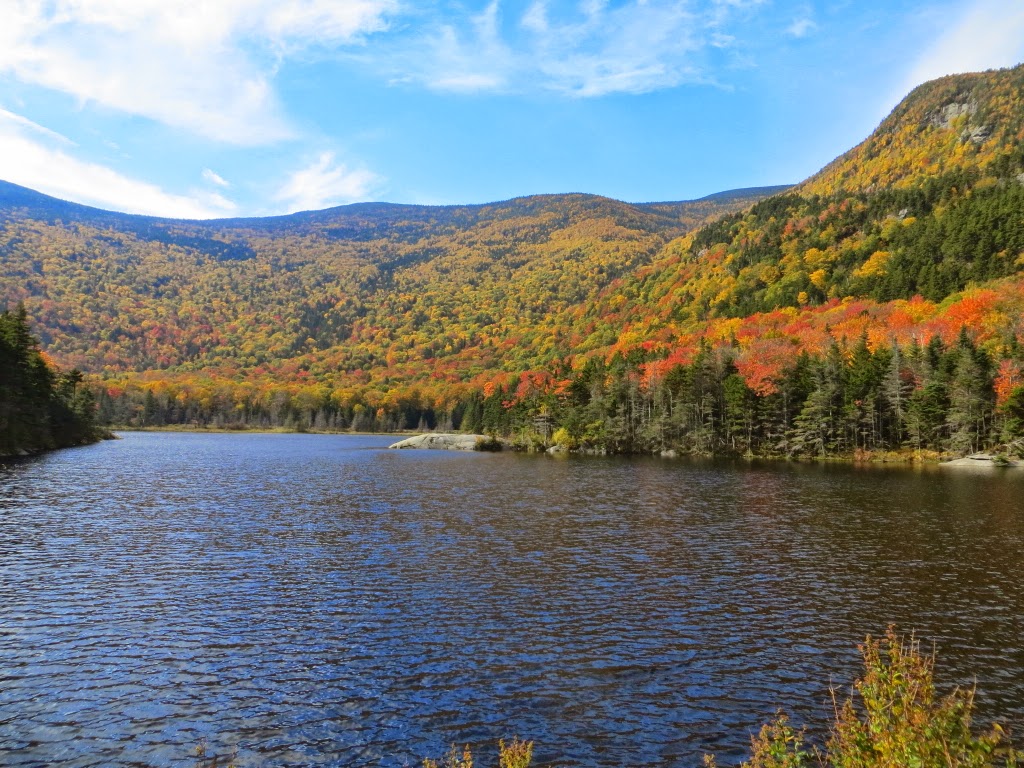 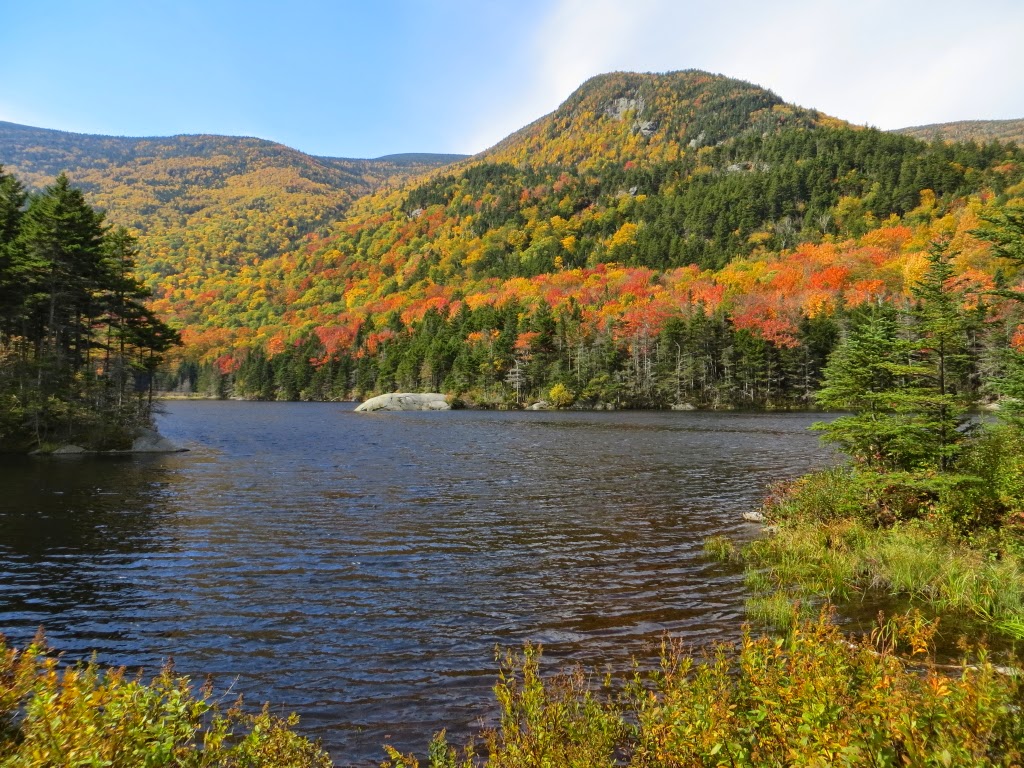 The impressive buttress where early 1900s logging boss Jakey McGraw had the logs lowered by cable down the steep slopes. I've been wondering if it would be possible to get out to the edge of the uppermost cliff for a down-look... 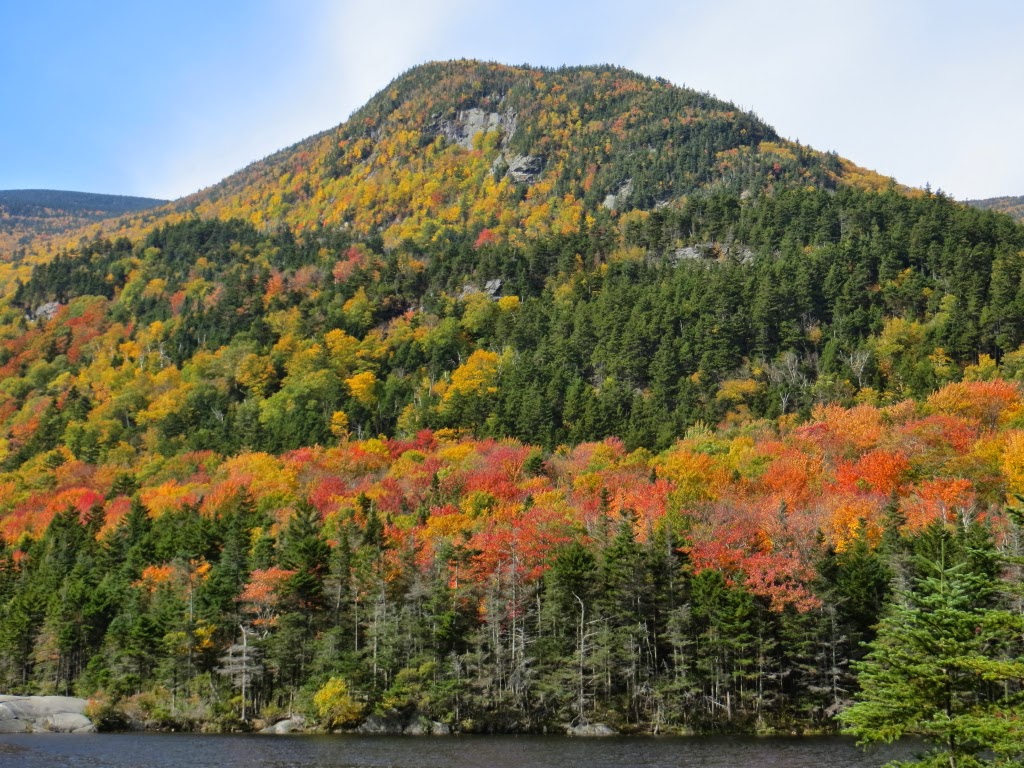