On the night of January 14, 1942, a B-18 bomber, driven far off-course by snow squalls, crashed into the side of Mt. Waternomee, an eastern spur of Mt. Moosilauke. Miraculously, five of the seven crew members survived, and were brought to safety off the mountain in an epic rescue effort through the deep snow. This story is definitively told in Floyd Ramsey’s The Night the Bomber Crashed.

The wreckage of the plane remains scattered across the mountainside, and is accessed by an unofficial but well-trodden path that is fairly easy for experienced hikers to follow. It is a strenuous climb of about 5 miles round trip with 1500 feet of elevation gain, some of it steep. Visitors should remember that it is illegal (and disrespectful) to remove any pieces from the site. Go and pay your respects, and marvel at the tale of survival, but please take only pictures.

In 22 years of living in Lincoln, I had never visited this site. I was long overdue, and the week before Memorial Day seemed an appropriate time.

The route to the site begins on Walker Brook Rd., a gated Forest Service logging road off NH 118. The 1.3 mi. walk up the grass-grown road was quite pleasant. 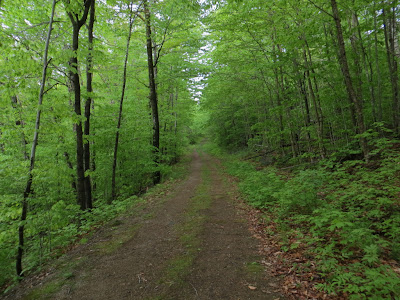 The well-worn trail left a clearing at the end of the logging road, marked by a small cairn. 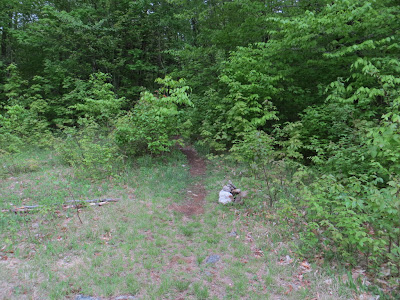 The first part of the trail was attractive as it ran alongside a branch of Walker Brook. 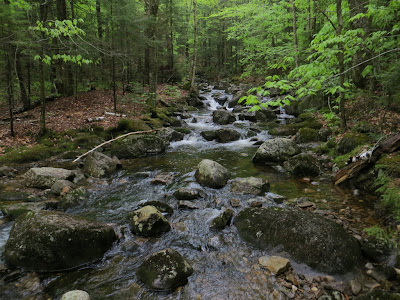 After leaving the brook, the trail made a long, stiff climb through hardwood forest, gaining 1100 ft. in 0.8 mi. 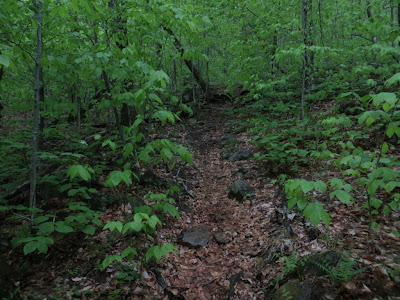 A Forest Service sign reminds visitors that it is illegal to remove items from the crash site. 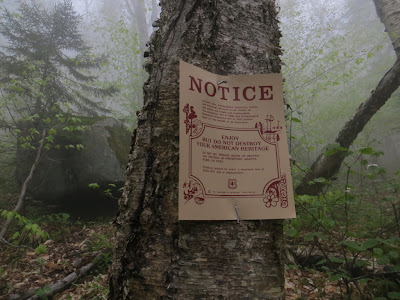 The first things seen upon arrival at the crash site are the bomber's engines. I had climbed into the fog shortly before reaching the site. The mist added an extra measure of solemnity to the setting. 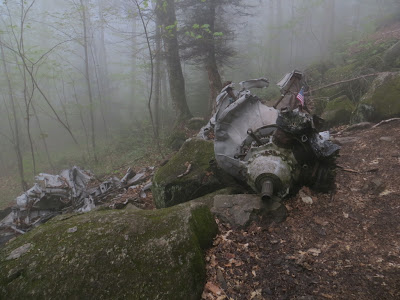 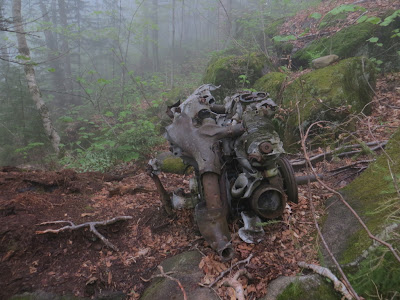 Just above the engines, where an old tote road runs across the slope, was the site of the memorial plaque. There is also a logbook here for visitors to record their thoughts. 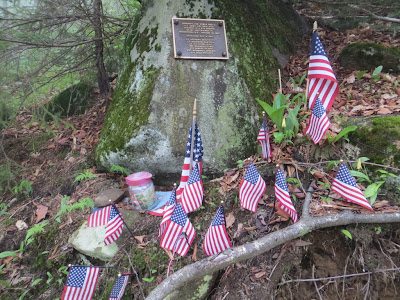 The plaque was placed here during a 50th Anniversary commemoration held in Lincoln in 1992. I had the honor of meeting several of the crew members and rescuers during that event. Fritz Wetherbee was also there recording a NH Crossroads story about the commemoration. 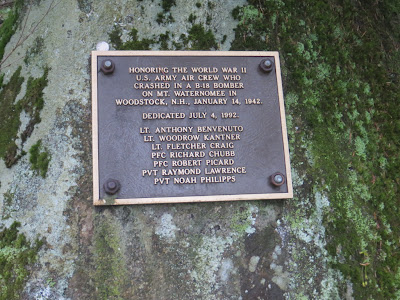 The wreckage is scattered across the mountainside. One of the wings is seen here. 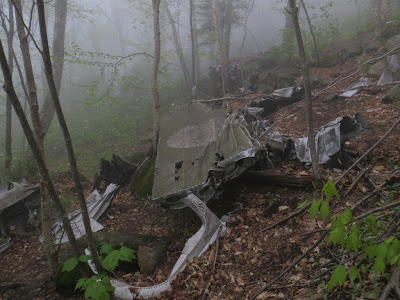 Large old yellow birches shade the site of the crash, which is located at an elevation of 2600-2700 ft. 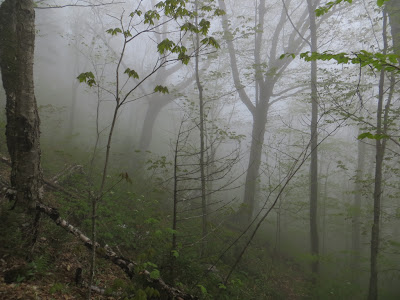 The Army Air Corps star can be seen on this wing. 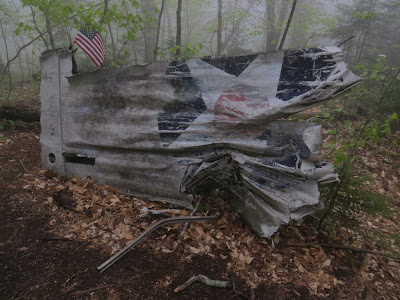 On the descent I dropped down a rough path to visit this fine waterfall, which has been dubbed Walker Brook Falls, or, more appropriately, Airmen Falls.

For a very interesting report on a visit to the bomber crash site,  with links to several other reports, see John "1HappyHiker" Compton's blog. 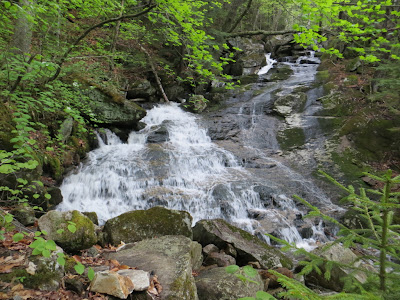