On the only cloudy day of our vacation week we took an afternoon walk to beautiful Diamond Notch Falls, and continued up into Diamond Notch, the wild, sharp cut between Southwest Hunter  Mountain and West Kill Mountain. We parked at the northern trailhead for Diamond Notch Trail in the beautiful Spruceton valley. Up to the falls, the trail follows an old woods road along the West Kill. 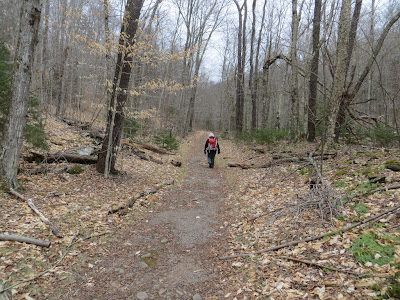 Along the way we passed several sets of small, attractive cascades. 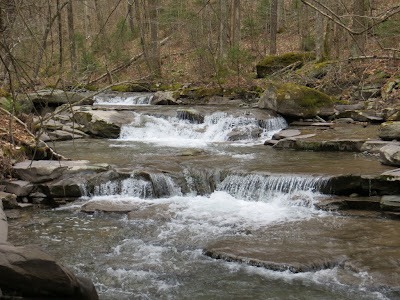 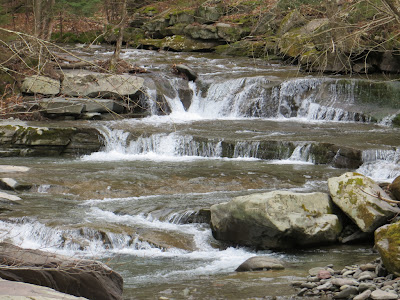 Diamoond Notch Falls (aka West Kill Falls) is located by the junction of Diamond Notch Trail and the Devil's Path. For the best view you must descend a short but steep side path. 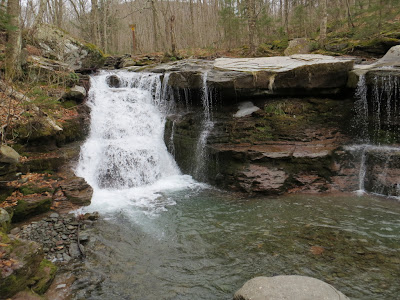 The course of the falls was drastically altered by Tropical Storm Irene in 2011. The photo below shows the falls as they appeared in 2010, when they were in the center of the streambed. Now they are on the left edge of the streambed. 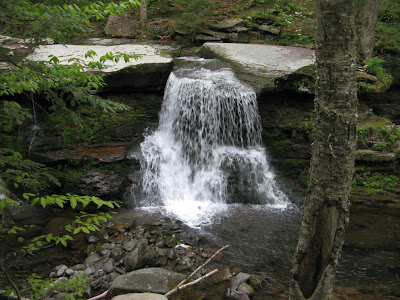 The old course of the falls has barely a trickle now. 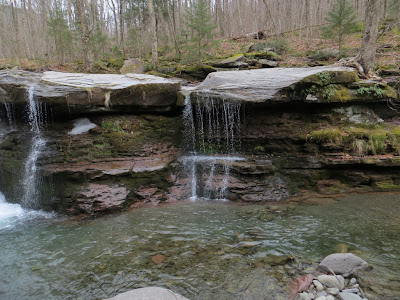 Also during Irene, the footbridge over the West Kill just above the falls was swept away. This can be a very difficult crossing without the bridge, and we ended up going about 0.1 mile up the Devil's Path and bushwhacking down to the brook for a better crossing. 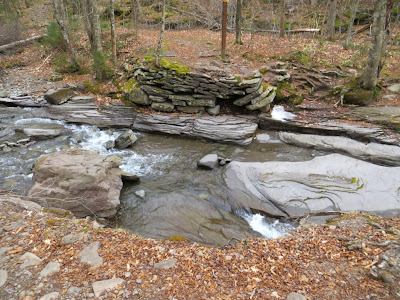 We passed this magnificent old hemlock on the climb up to Diamond Notch. 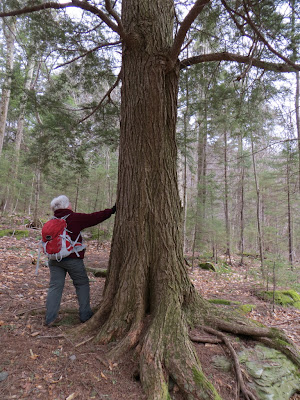 The Diamond Notch Lean-to occupies a secluded setting near the top of the pass. 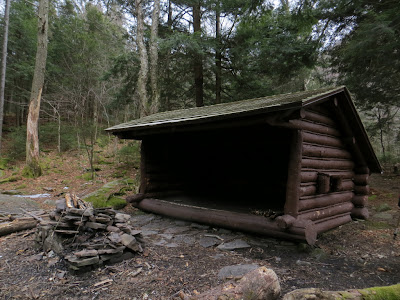 Looking down into the cut of the notch from in front of the shelter. 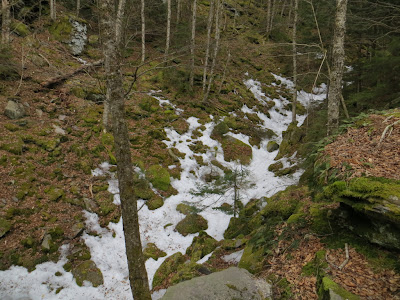 At the top of the notch the trail skirts along the base of an extensive talus slope on the flank of Southwest Hunter. 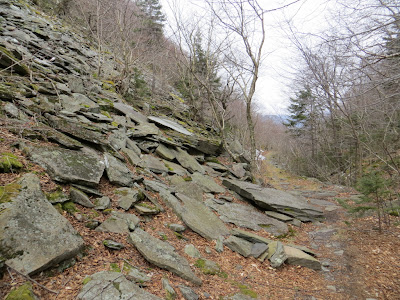 This trail shelf  reminded me of the Ethan Pond Trail through Zealand Notch in the Whites. 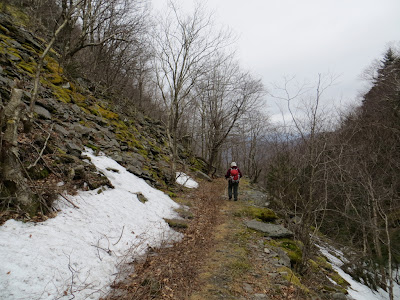 Just south of the height-of-land a flat rock provides a view south to the distant Burroughs Range, including Slide Mountain. Unfortunately the peaks were socked in today. 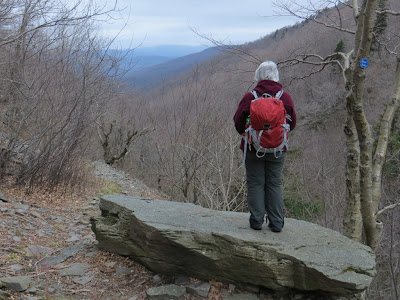 Heading back up to the height-of-land. Diamond Notch was an excellent four-mile trek for a cloudy day. 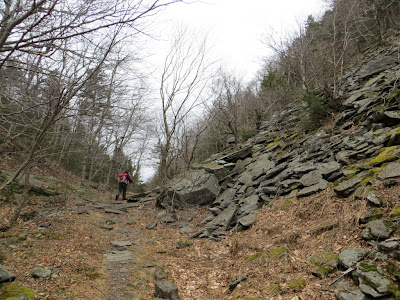