After attending a WMNF volunteer event at Dolly Copp Campground, I had the second half of the afternoon free for a short hike. Out of the many options in the Gorham/Pinkham Notch area, I chose a fun little loop behind the AMC Pinkham Notch Visitor Center. Using the Old Jackson Road, Crew-Cut Trail, George's Gorge Trail and Liebskind's Loop, this 2.8 mile circuit traverses a low but rugged ridge, leading through interesting woods and passing two viewpoints: Brad's Bluff and Lila's Ledge.

The loop starts with a 0.4 mi. jaunt up the rolling, rocky Old Jackson Road to a junction with the Crew-Cut Trail. 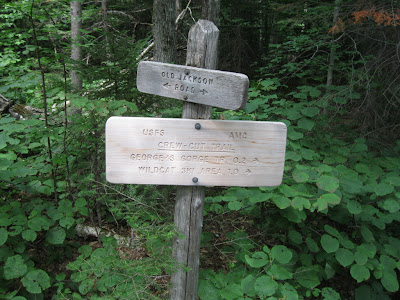 Next I turned left onto George's Gorge Trail, which follows a small brook at the head of Peabody River, with some steep and rocky pitches. 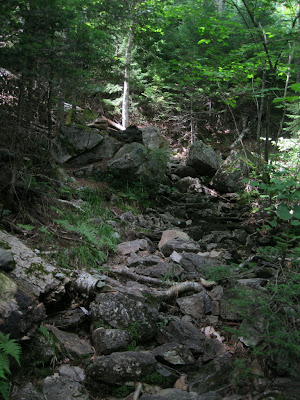 Next up was a R turn onto Liebeskind's Loop, named for an AMC trail crew member who helped build this path in the 1970s. 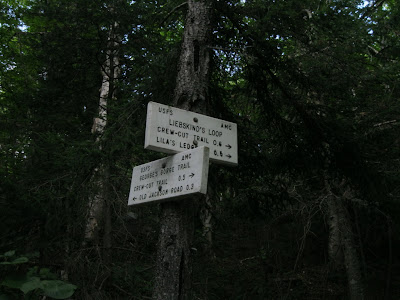 A short down-and-up led to Brad's Bluff (2575 ft.), a viewpoint named for Bradford Swan, an energetic AMC volunteer who laid out this neat little trail network in the 1960s/1970s. Swan was the theater/arts critic for the Providence Journal-Bulletin and also served as editor of the AMC journal, Appalachia. 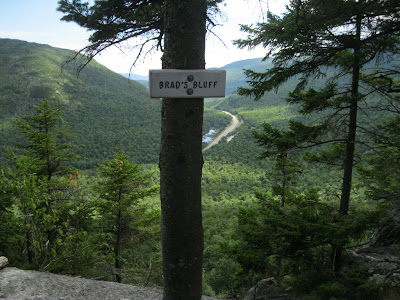 This spot has a fine view south down Pinkham Notch. 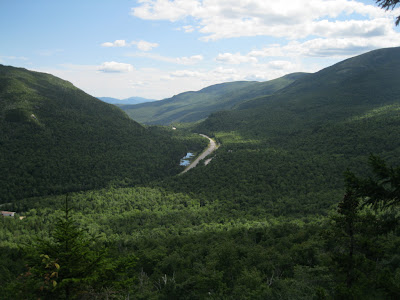 Mt. Chocorua is seen on the horizon; Rocky Branch Ridge is on the R. 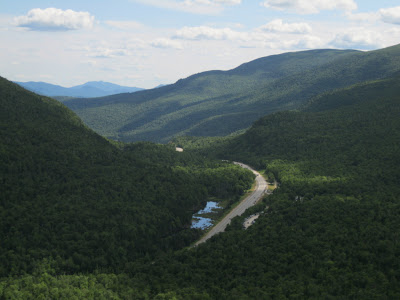 Looking up at Boott Spur and the large slide unleashed on the Hillman's Highway ski route by Tropical Storm Irene. 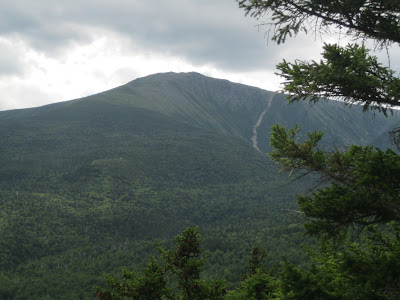 As it descends towards Lila's Ledge, Liebeskind's Loop passes by some neat cliff faces. 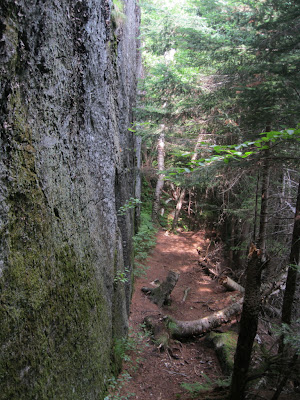 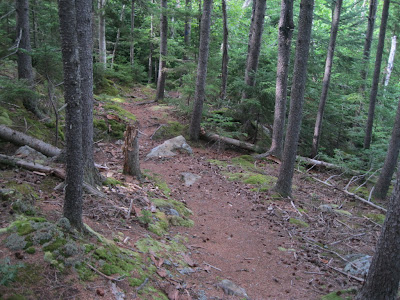 A side path leads to Lila's Ledge (named for Bradford Swan's wife). The last short pitch down to the ledge perch is quite steep and could be tricky in wet or icy conditions. 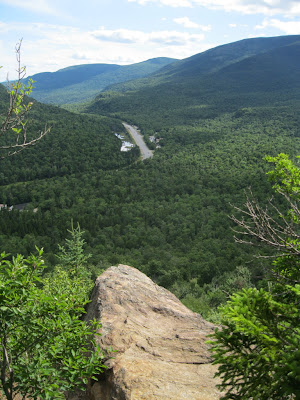 This outcrop has a superb view of the massive eastern face of Mt. Washington, with its dramatic ravines. Unfortunately late afternoon doesn't offer the best lighting for photos. This shot shows Lion Head, the main summit above the Ravine of Raymond Cataract, and craggy Huntington Ravine. 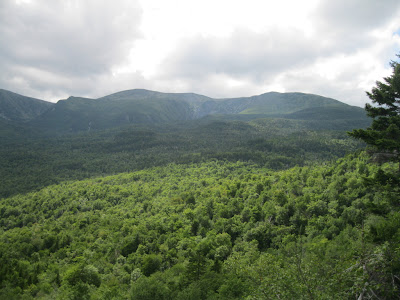 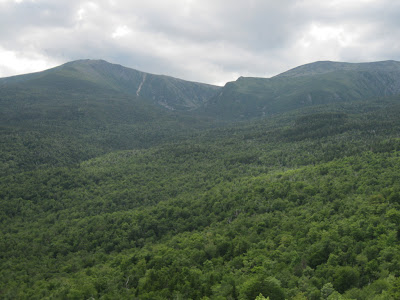 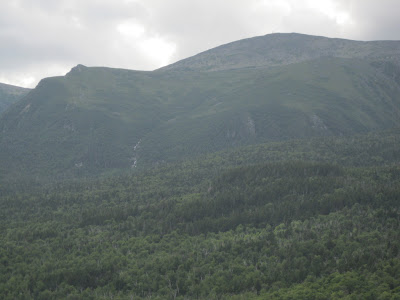 In addition to a view down Pinkham Notch similar to that from Brad's Bluff, Lila's Ledge offers a look across at Wildcat Mountain, with the top of Carter Dome peering over in the back on the left. From Lila's Ledge, it's a quick mostly downhill jaunt on Liebeskind's Loop, Crew-Cut Trail and Old Jackson Road back to the AMC visitor center. This is a fine family hike, but watch little ones carefully at Lila's Ledge. 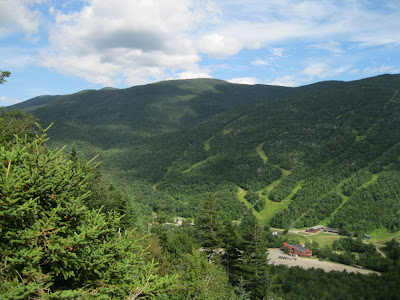