On a mostly cloudy day, I had a few hours free and headed down to Waterville Valley for a fun loop on some of the less-used WVAIA trails.  I was treated to fine woods, a bunch of waterfalls, interesting rock formations, and some local Waterville views. I started at the base of Snow's Mountain Ski Area on the Cascade Path, which climbed up along a development road, past trophy homes, up an old ski trail, and into the woods. At this junction, signs listed the loop's destinations. 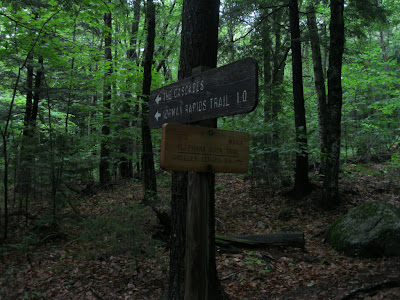 Before visiting the Cascades, I made a side trip on the Norway Rapids Trail, which led through a lush hardwood forest. 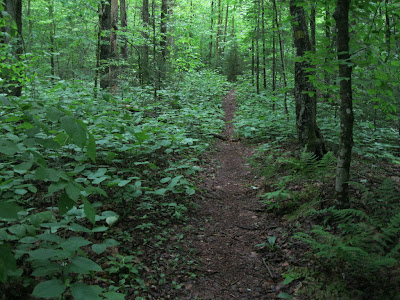 The rapids on Avalanche Brook were raging, no way you could make the crossing today. The view looking downstream... 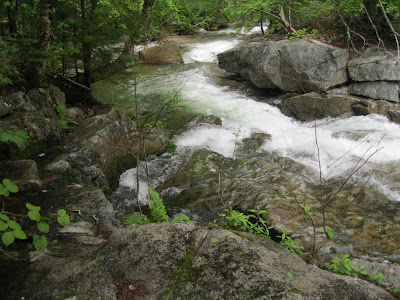 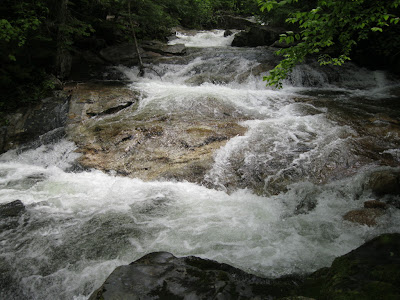 I returned to Cascade Path and continued upstream to the series of waterfalls. The main trail crosses the brook and goes up the east side, but the crossing was too difficult, so I went up the alternate Westside path. 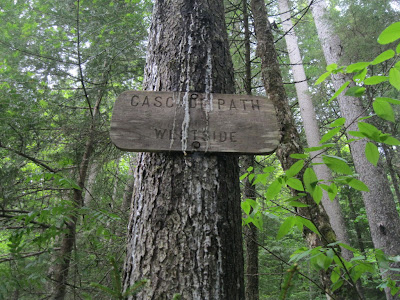 The first cascade, from above. 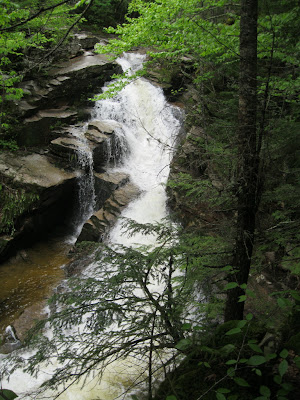 Lovely pool at base of another cascade. 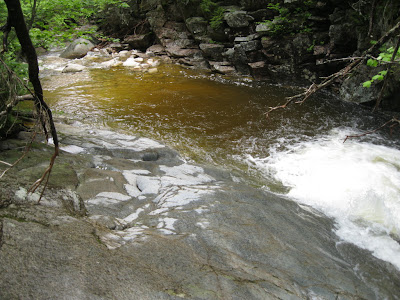 This one was sending off quite a spray. 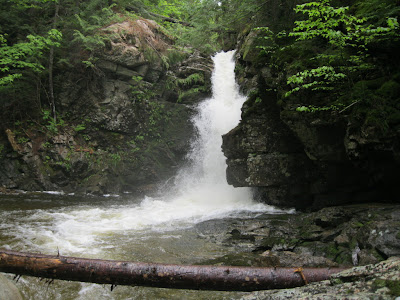 There are at least a half-dozen waterfalls visible from the trail. 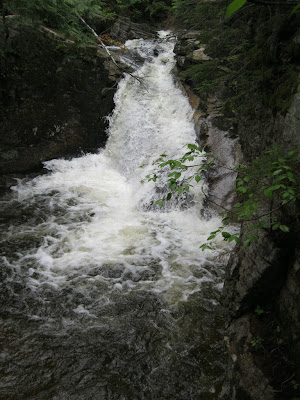 There was a nice ledge on which to sit and admire this little one, with a rare break of sun. 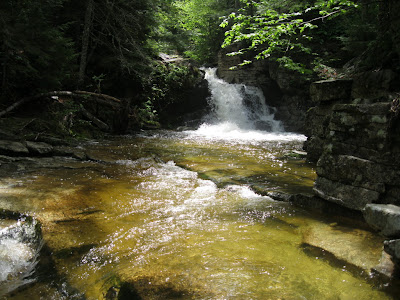 From the top of Cascade Path, I turned R on the Snows Mountain X-C Trail, which follows an old road lined with yellow birches. 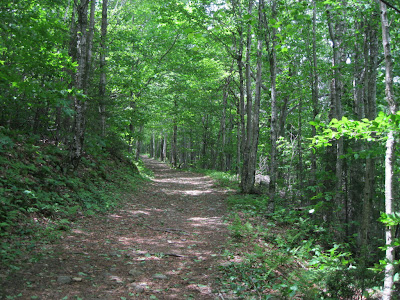 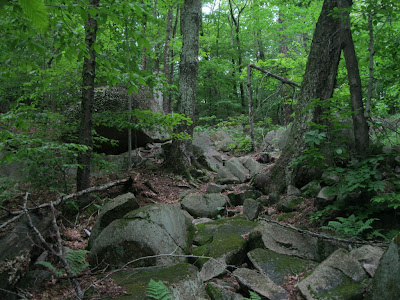 The trail passes by one of the Greeley Ledges. At another ledge just beyond, the former limited view of Mt. Tecumseh is now completely obscured in summer. 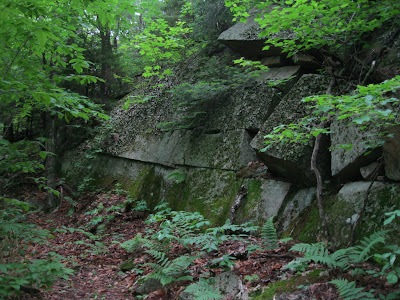 This trail emerges at the top of the little Snow's Mountain Ski Area (summit elevation about 2100 ft.), where you have a view of Mt. Tecumseh.... 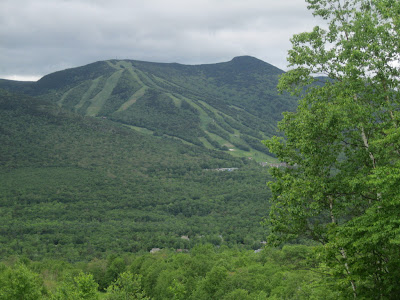 ...and Mt. Osceola and East Peak, with a great look into the ravine of Osceola Brook. This is a nice place to relax on the grassy ski slope or nearby ledges. 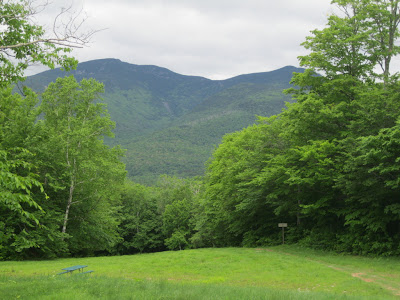 Off to the side there's a vista of Jennings Peak and Acteon Ridge. 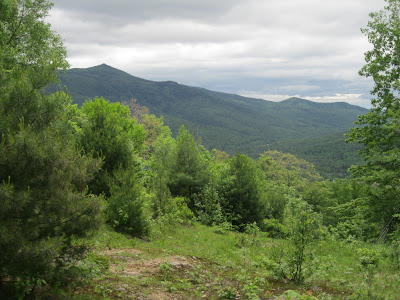 Another angle on Osceola. 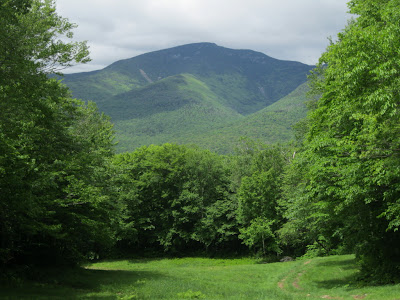 I descended the Elephant Rock Trail back to Cascade Path. Moss-covered Elephant Rock has impressive bulk. There was reportedly once a tree that provided the elephant's "trunk." 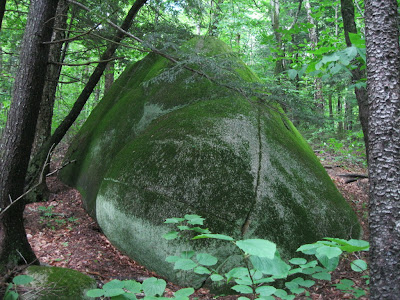 Descending the lower part of Cascade Path, a good view of Sandwich Dome and Jennings Peak. The total loop was about 4 1/2 miles with 900 ft. of elevation gain - very enjoyable! 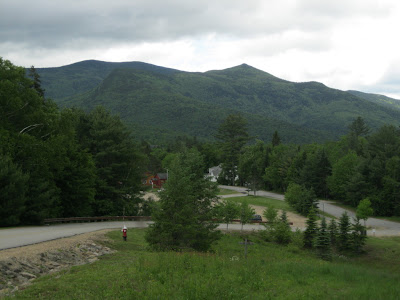